An Icon of the Kingdom of God: The Integrated Expression of all the Liturgical Arts (pt. 2) 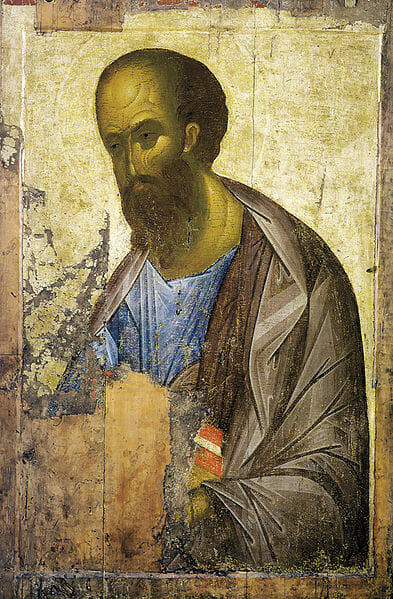 Much has been written about icons, yet for many their liturgical purpose remains obscure. This is because icons are usually studied in themselves and not as a component of the complete experience of liturgical art. Both iconographers and iconologists have written about this art, but from very different perspectives. Iconographers study the art of making icons, while iconologists interpret the theological and historical meanings written into the compositions. But neither approach tells us much about the liturgical experience of icons – the affect they have on us when we stand in a dim cathedral surrounded by tiers and tiers of them ascending through shadows and sunbeams. Nor do they interpret the immense experiential difference between the small icon in a shrine, the obscure fresco high on a wall, and the awesome confrontation of the great iconostasis.

Let us first consider the weaknesses of the iconographer’s art. Painted images do not convey abstract concepts very well. For instance, it is often stated that in the icon of the Theotokos the red outer garment reveals her humanity, and the blue inner garment reveals her deification by grace. Christ’s robes are the opposite, signifying that He is divine by nature. An elegant concept indeed, but no one would be able to discern this interpretation by looking at the icons – everyone needs to be told it. And historically there has been no agreement as to which color symbolizes what. The colors of the robes have switched at times, and it varied whether the red robes were interpreted for blood and mortality, or were considered purple for royalty and authority. Thus we see that it is beyond the ability of a painted image to express even a simple abstract concept with any clarity. We must always fall back on words.

Paintings are better at telling stories. The icon of Christ’s entry into Jerusalem is quite clear. It conveys the story just about as well as the Gospel text. And icon cycles can even tell long stories, like the entire life of a saint. But even here, it can be difficult to apprehend the story from the images alone. It is very satisfying to ‘read’ the life of a saint in icons when we have already read it in text, but usually quite frustrating to try to understand such an icon when we don’t already know the saint’s story.  Even for simple narrative, iconographic expression is imprecise compared to that of text. 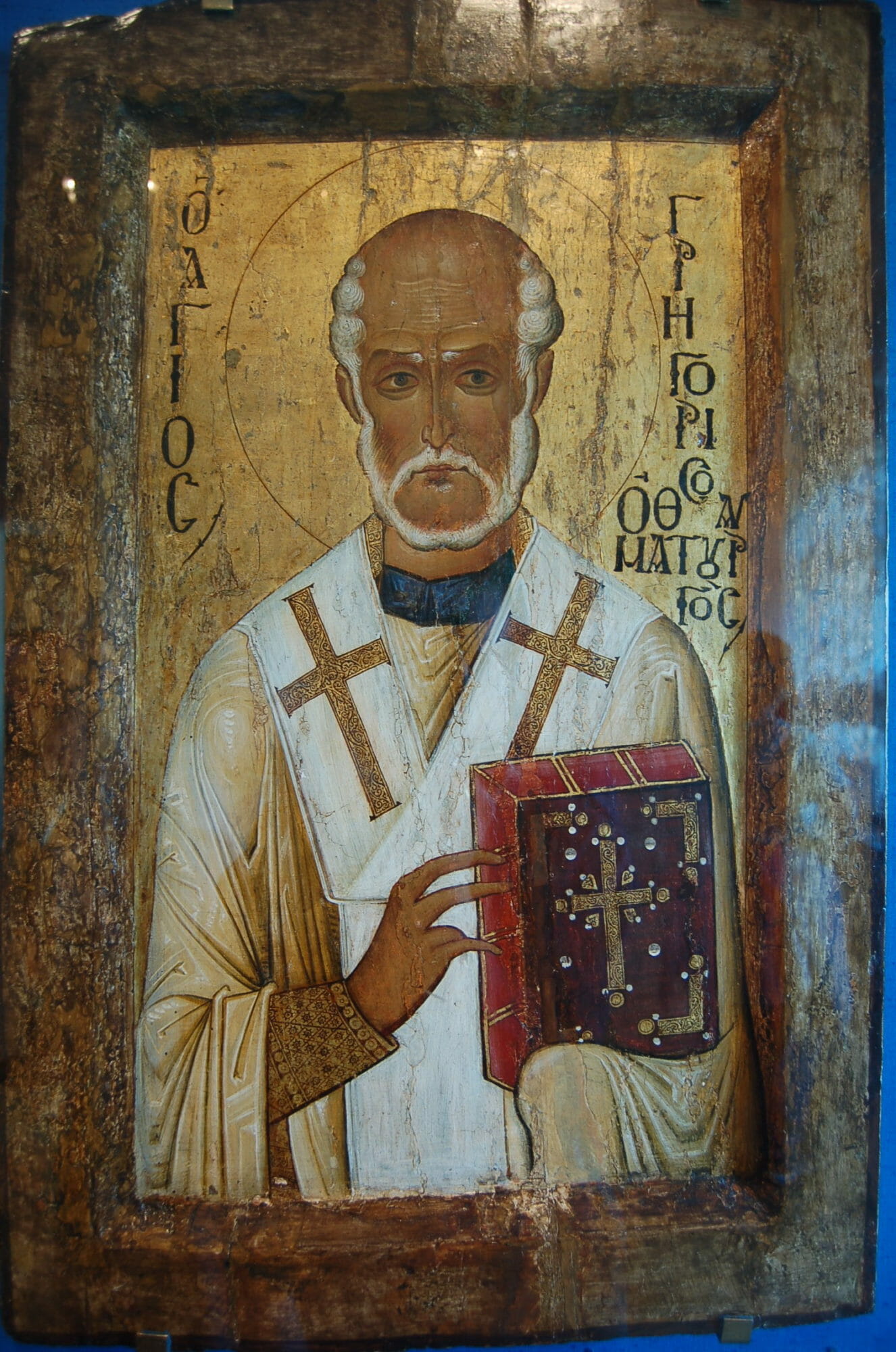 St. Gregory – from the Russian State Museum in St. Petersburg

But what are the strengths of the iconographer’s art? An icon shows us the face of a saint, the image of enlightenment. Christ Himself proclaimed that to see Him is to see the Father, and so an icon of Christ is the very image of God.  The icon of a saint shows us his deified flesh, which radiates golden light, and his holy face, an awesome confluence of joy and sorrow, kindness and judgment, simplicity and wisdom. This is the image of God, and words cannot express it. We can only see God by looking into the face  of a saint. There is no joy like the joy of meeting a living saint. The face of a saint glows with radiant love, even as it is lined with the creases of sorrow and pain for the sins of the world. All the books in the world cannot show us this spiritual triumph. But an icon can. With great skill and training, an icon painter can faithfully convey the countenance of holiness and present the face of godliness to us in a way that we may approach it and understand.

Compared to a photograph or a Western religious painting, an icon is a true miracle. A merely accurate recording of a saint’s appearance does not make an icon. We are blessed to have many good photographs of modern saints, but we cannot engage a photograph with our hearts. The photograph shows the saint in the distance, in the past, out of reach to us, bringing us more sadness than joy. But neither does the iconographer exalt the saint with the artistic trappings of majesty. Western paintings sometimes show a saint in his apotheosis and glory, surrounded by all manner of trumpeting angels, velvet draperies, and adoring kings. These images seek to show us something of the triumph of salvation, but they too are distant and unapproachable. The saint rises to Heaven, leaving us behind. An iconographer places the saint right before us, meeting our gaze on our own terms, in our space and moment. His expression has become part of his timeless personhood, and he offers himself to us so that through him we may experience God. 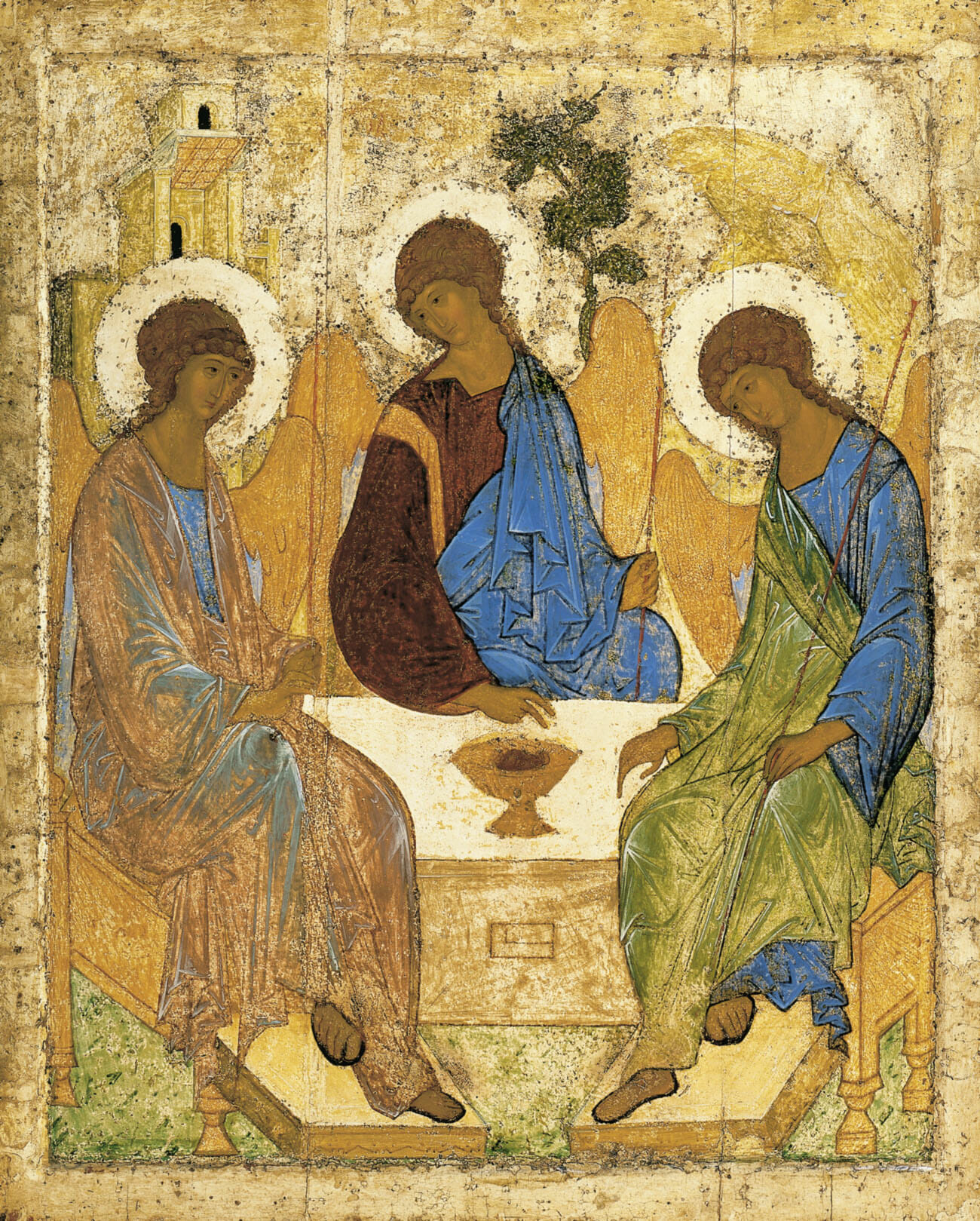 Holy faces may be the greatest offering of the iconographer’s art, but there are yet other wonders revealed by the brush. As artistic compositions, great icons reveal an extraordinary harmony of shapes and colors. Rublev’s Trinity is so perfectly beautiful that many find in it a proof of the existence of God. This is not just because of the holy faces of the three angels, but because of the incredible balance of form and movement, the silent interplay of color and light. This icon shows us something about the inner life of the Trinity that no words can express. It shows us a harmonic brilliance that no poet can sing. Visual arts alone bear this awesome strength – to show us many things at once, that the harmony among them may become more prominent than the things themselves – that a conciliar assembly becomes more than the sum of its parts. No idea could be more important to understanding the Kingdom of God, or even the Trinity itself. Icons have a unique ability to reveal this truth to us.

Our liturgical experience of icons is therefore one of immediacy and eternity. Sacred texts and music take time to unfold, while icons show themselves to us in their entirety at a moment. And in that moment, gazing at an icon, time and eternity meet. The presence of icons is so intense that they cannot be ignored, even by an unquiet mind. Their presence feels like a living reality, as though the saints actually stand among us. In their gaze we are both uplifted and ashamed, becoming mindful of the state of our souls.