An Icon of the Kingdom of God: The Integrated Expression of all the Liturgical Arts – Part 9: Linens 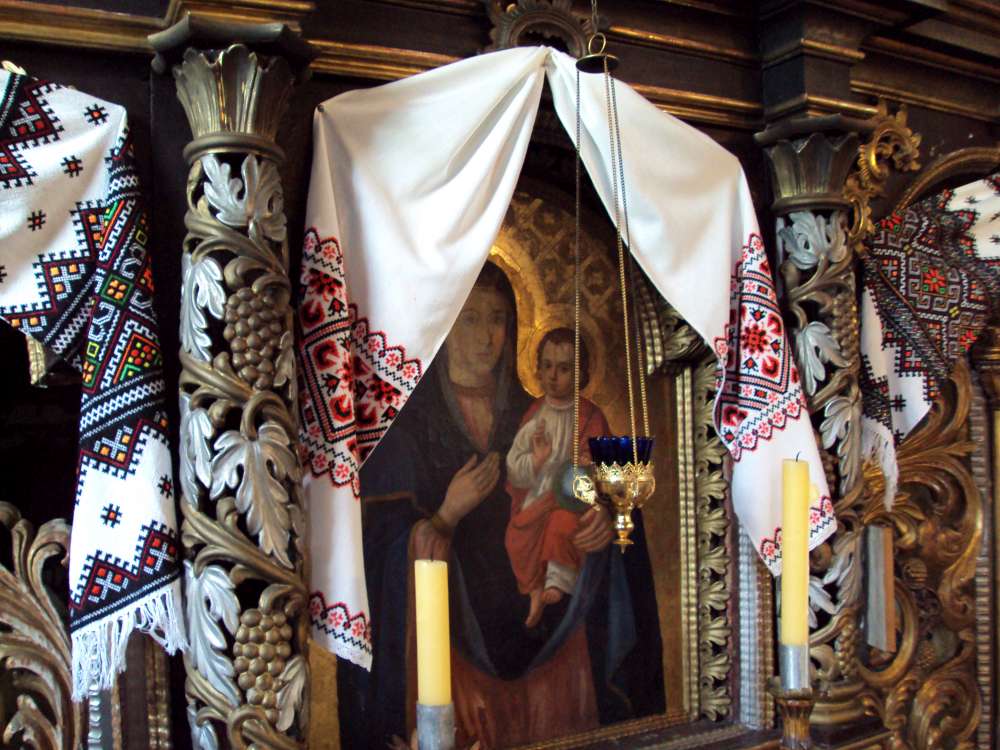 Embroidered towels on an iconostasis, Poland

In Orthodox churches the use of white linens provides an avenue for textile work wholly different from that of silk vestments. Many nations have the tradition of honoring icons with sacred towels. These rushnyki are most often white with red woven or embroidered designs. They are a folk custom predating Christianity, and the embroidered designs are so old that their interpretation is frequently unknown to those who make them. Each region or village has certain traditional designs that have persisted for centuries or more. Some elements, such as stalks of wheat, have obvious meaning in a Christian context, but other motifs that persist from pagan times have no discernible meaning to their Christian weavers. As such, embroidered linens represent almost a polar opposite to iconography; they are a form of visual art in which representation and definitive meaning are unimportant.

Despite their adoption for liturgical use, embroidered linens are still towels that can be used for cleaning and drying in non-liturgical capacities. In village life they function as a sort of currency with social rather than monetary value. They are given away in great numbers at funerals and weddings, and a large collection represents a long life of family and friendships. In church, their functional use is as a liturgical towel for the priest to dry his hands on, or as a napkin during the ceremonial offering of bread to the bishop. But in village life they have another use as a way of showing honor. A visiting houseguest may be honored by having an embroidered towel draped over his shoulders. He becomes symbolically part of the family. In this capacity, towels have taken on a much larger role in church of showing honor to icons. In many village churches, it is considered important for every icon to be draped with a towel. It is the devotion of the village women to make these towels for the church and to keep them fresh and clean.

The tradition of rushnyki never assumed the pretenses of Neoclassical design. It remains a folk tradition, baptized by village women into the liturgical life of Orthodoxy with little notice or interference from men. But in a traditional Church they make a substantial visual impact. In their design and style, they are often the only work of art in a church that has the simplicity of folk art, and they are nearly the only thing present that is white in color. Through simple, anonymous devotion, they reveal the tireless work and unseen prayers of the pious women who are the backbone of every parish. Their rustic style and humble material show that it is not only wealthy patrons who adorn the house of the Lord. Indeed, the devotions of the poor and humble are worth more to God than all the riches of men, and so the rushnyki are placed closest to the saints of any gift to the church. A towel embraces the icon like a grandmother’s hug – a marvelous counterpoint to the lampada, which honors the icon with the more abstract gift of oil and flame. 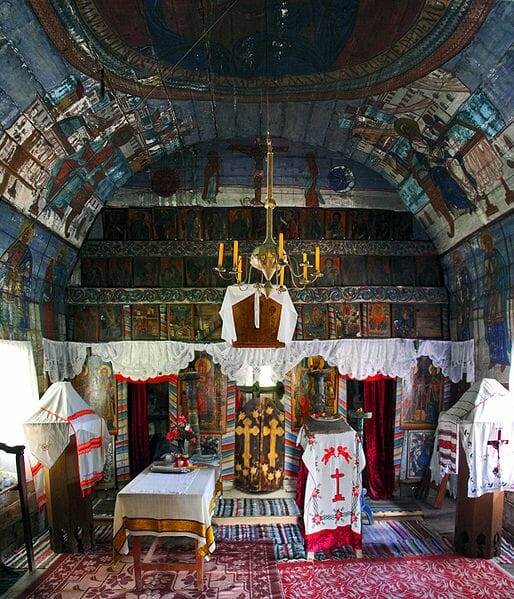 Although rushnyki are a Slavic and Romanian folk tradition, the use of liturgical linens is universal. In Greek and Arab churches, comparable uses of linens appear in other forms. White lace is common in churches in all countries. It often ornaments the edges of white cloths used for all manner of decorative and functional purposes. Since Orthodox liturgy is served by male clergy, having linens, lace, and simple embroidery in the liturgical ornamentation adds a touch of feminine piety. The Orthodox in America should give more careful attention to this tradition. They are an indispensable element to the traditional furnishings of a church. They are not a mere ‘liturgical color’ brought out for some seasons as decoration, and put away for others. They are a tradition older and more universal than liturgical colors, and they should be always present in church like the pious women who weave them.

In America, women should learn to make their own versions of icon towels. It would be wise to adhere to the basic ‘look’ of Slavic rushnyki – mostly white with simple designs in mostly red. These colors are usually the best possible complement to traditional icons and woodwork. The geometric simplicity of the designs is important so as not to visually compete with the icon. But beyond this, the patterns in rushnyki vary greatly over time and place. So women today should feel free to develop their own patterns that they find pleasing and meaningful. Churches should encourage this craft as a valued expression of the love of the Saints. If we are really to show the reverence to icons that we claim, we should see to it that our icons are well-painted, displayed properly in shrines, lit with fine lampadas, and honored with beautiful towels.

Consider a secular visitor to an Orthodox church. He may not react well to the treasures displayed in a church. He may ask what is their purpose; why was the money not given to the poor? If he sees an expensive icon in a carved frame, he may dismiss it as the ostentatious gift of a wealthy patron. Perhaps this patron sends his money to church so he need not go himself. But give that icon a clean embroidered towel and a vase of flowers, and all will see that the icon is an expression of living piety, a comfort for the poor. Flowers and linens are, by their nature, temporary and sacrificial. Their presence among the permanent furnishings of a church is like the breath of life in a cold body. In post-Communist countries, many churches are abandoned and semi-ruinous. But even in these empty shells, it is common to find a small icon with a towel and vase of flowers. A village woman still remembers that this is a holy place, and in her piety she maintains this tiny shrine. But what an astonishing effect it has! A great ruin, cold and damp, remains a church and not a tomb because of the devotion of that villager. 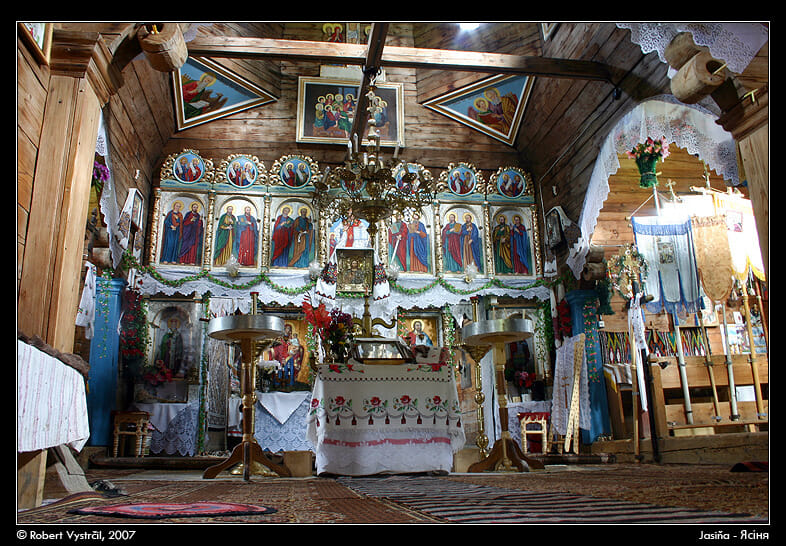 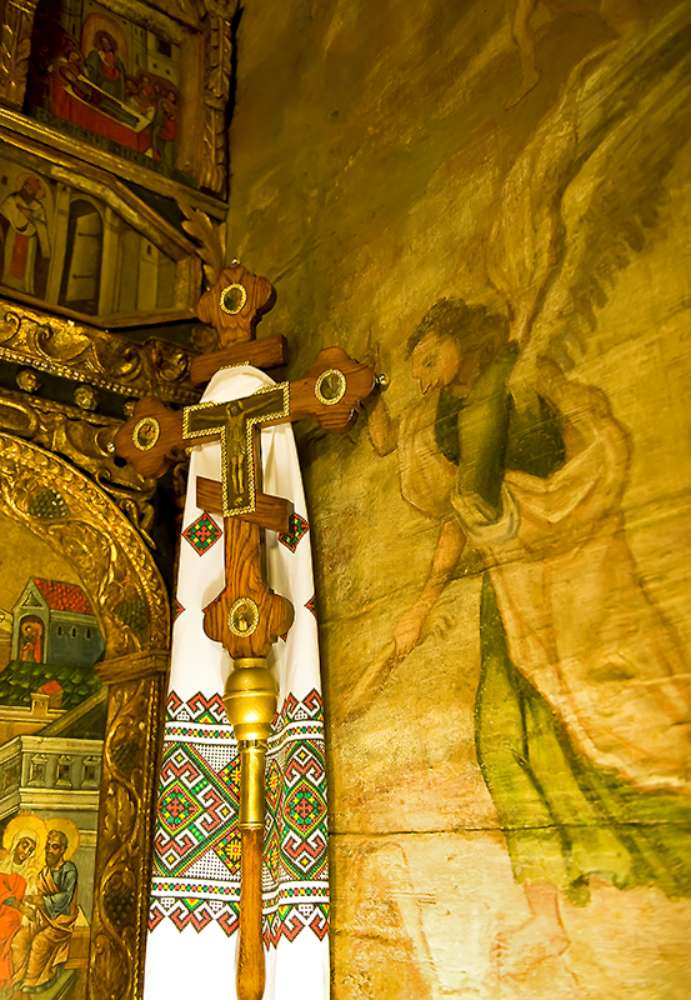 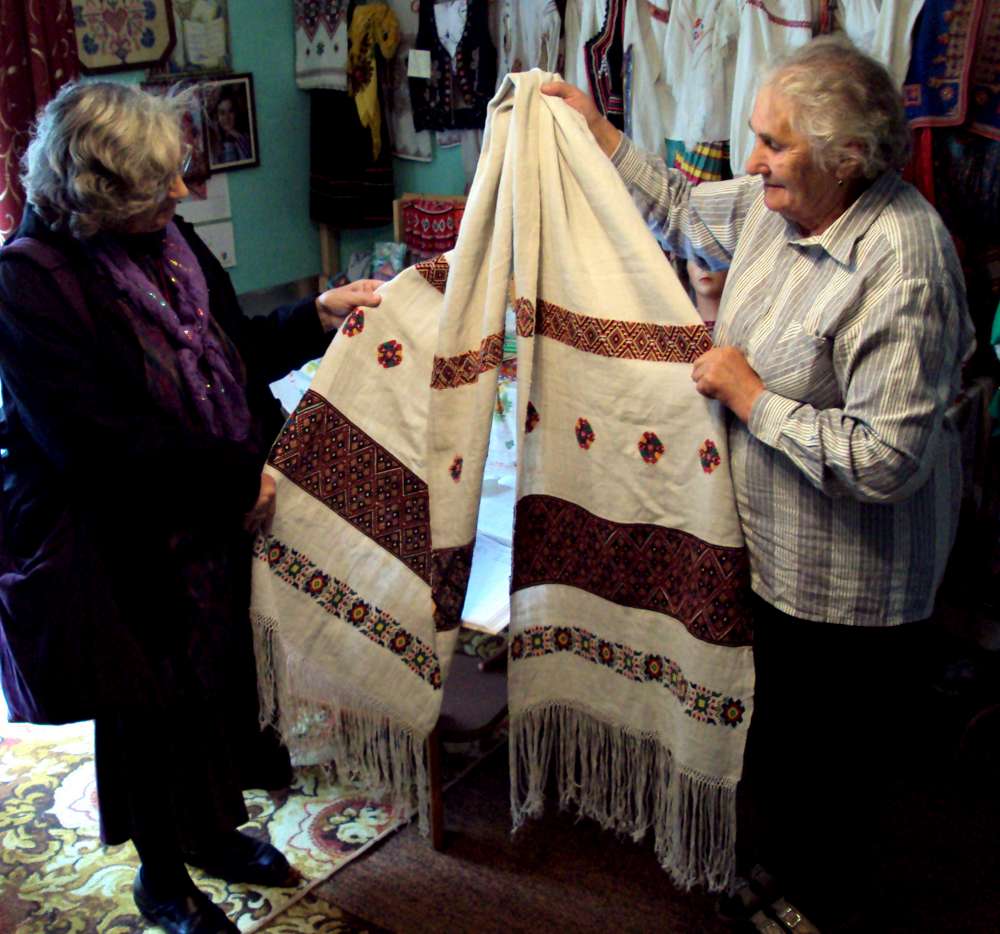 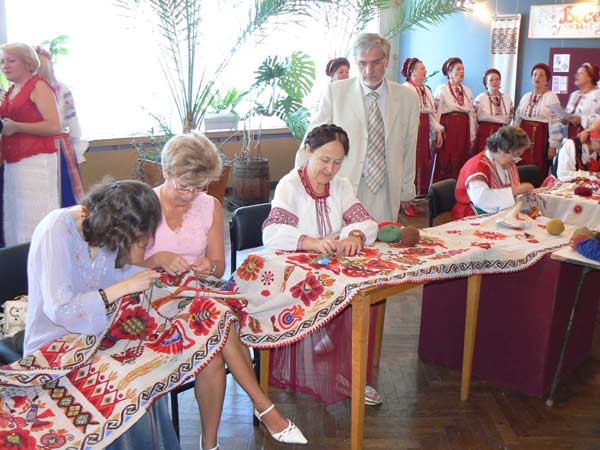