From Logos to Graph: Lost In Translation

Well, with all this commotion on the phrase “to write an icon” on the OAJ, it is hard not to jump in and offer some of my own insight.  In reading both Mary Lowell’s first piece as well as Andrew Gould’s answer, it is difficult not to see how there is much bubbling under the surface of this conversation.  In two days, Mary Lowell’s post has generated almost 2000 views, for something she herself has called “a tangential subject”.   But deep down I think she knows this is not at all tangential. In juggling notions of logos, of image, writing, understanding and human production,  what is at stake is the question of revelation/manifestation and how we participate, interact with it and define it.

Mary’s position in defending the notion of “writing” as ultimately translating the greek root graph can be resumed in that icons contain symbols, colors, inscriptions and references all forming a web of theological meanings that need to be interpreted, or “read”.

Andrew’s position in disliking the notion of  “writing” is that our relationship with icons is mostly that of an “encounter”, an experience of beauty, an experience of Christ, the saints and their stories and to reduce that encounter to a reading of signs and symbols is to miss the entire thing that differentiates a visual image from a written text.

What is fascinating in this discussion is that it roughly encapsulates the big conflict over meaning which imbued much of 20th century epistemology. On one side there is Ferdinand de Saussure and the Structuralist school which emphasized meaning in the relationships of signs creating structures.  On the other side is Edmond Husserl and the Phenomenology school which emphasized direct human experience as an encounter that was in many ways before or beyond “signification”.   Like I said, there is a very profound rift in this, and if we pay attention to the underlying tenets we will also see this rift in different Orthodox approaches to liturgy, to the sacraments, to scripture and to the whole of Christian life. 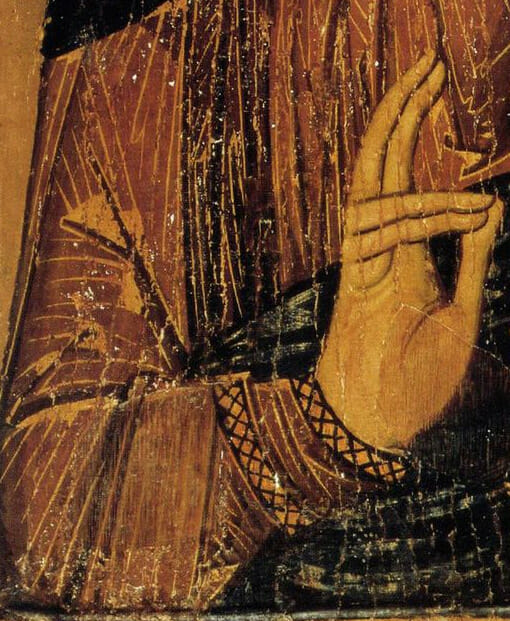 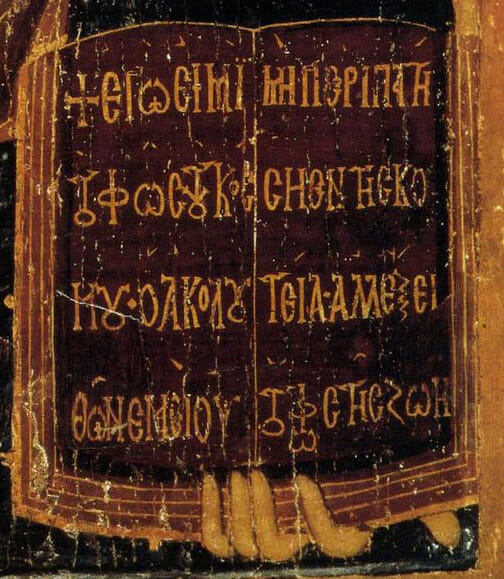 So what happened?  Obviously, an icon contains both of these sides simultaneously.  Obviously an icon is a “making present” through beauty, a manifestation of a person or an event, which is why we venerate it.  We do not venerate symbols and meanings and theological concepts, we venerate persons and objects which bring us to participate in the life of God.    Obviously an icon also contains narrative structures, symbols and codes which cannot be understood by the uninitiated.  I dare anyone to show an icon of the “Descent into Hades” to a protestant who has never seen an icon and ask that person what is on it.  When St-Paul appears in the icon of the Ascension or Pentecost, when the doors of Hell are beneath Christ’s feet in the icon of his baptism, these are not only “straightforward portraits of holy people and biblical events” (Sorry Andrew).

One of the problems we see in all of this is the reduction of the word graph to writing.  This is a very incomplete understanding of the notion.  In order to fully understand the notion of graph within the Christian view, we must see it in relation to logos.   We must understand the graphy at the end of all those words, not as writing per se, but rather as marking, fixing, organizing, making visible of the invisible Logos.  We need to see it as a  process of externalization, of manifestation of revelation of the hidden logos in a way very much akin to the incarnation itself. We are also pushed to see this wider notion when reading the verses of St-John’s gospel posted above, where logos is also associated with light.  And so the word graph in Greek is not limited to writing, but to image making as well.  And we still find it in English with notions like “graphic art”, “graphics” and we even have the very widest meaning I am alluding to when we say that something is a “graphic” portrayal, which means it is a very explicit way of showing something either in text or image.    This movement of externalization goes even farther, from fixing the invisible Logos or the invisible Light we must go up the mountain until we reach the “Silence of Tradition”, the “Hesychia” the “Divine Darkness”. 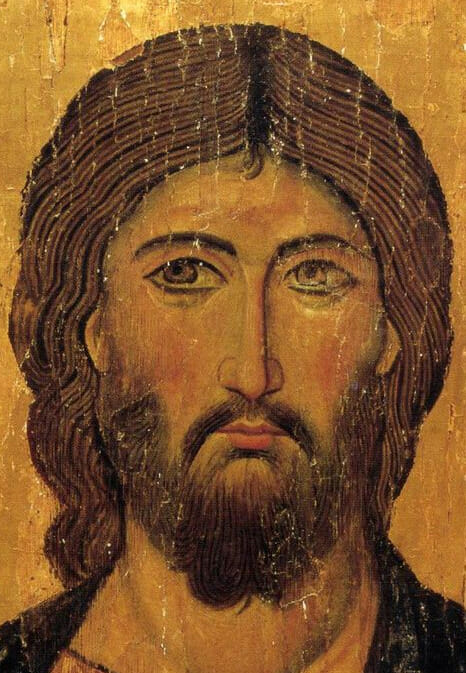 The silence hidden in manifestation.

It is precisely this externalization which Vladimir Lossky captures so well in his famous “Tradition and Traditions” where by seeing the notion of “scripture” as the entire movement from the vertical Silence into the horizontal plane of Manifestation, he is able to capture the two opposites presented in the discussion between Mary Lowell and Andrew Gould into one encompassing vision:

Icons impinge on our consciousness by means of the outer senses, presenting to us the same suprasensible reality in “esthetic” expressions (in the proper sense of the word aisthetikos— that which can be perceived by the senses). But the intelligible element does not remain foreign to iconography: in looking at an icon one discovers in it a “logical” structure, a dogmatic content which has determined its composition. This does not mean that icons are a kind of hieroglyph or sacred rebus, translating dogmas into a language of conventional signs. If the intelligibility which penetrates these sensible images is identical with that of the dogmas of the Church, it is that the two “traditions”— dogmatic and iconographic— coincide in so far as they express, each by its proper means, the same revealed reality.  (Lossky, “Tradition and Traditions” , In the Image and Likeness of God, p. 167)

So what word can we use?  Should we use “write”?  Although the word “paint” is a bit disappointing in that it refers to the application of the physical medium rather to a more encompassing process, it is far more connected to how people experience images in our culture.  And in looking at an icon, the skill used to interpreting the visual cues, colors, symbols are more akin to how we interpret paintings in general than to how we interpret text.  Although not dogmatic, there are as many visual cues and symbols in a painting by Gauguin than in an icon, it is only that they are maybe not anagogical (sorry, Mary.) Even though I can find Michelangelo’s Sistine Chapel heretical in its use of imagery, to say that an icon is somehow more “written”, has more to interpret, is farcical.  It creates a hermetic category in which we place icons, a category which gives the illusion that we are somehow translating the notion “graph” more fully when in fact it is not the case.

But in the end, as an icon carver I have my own solution.  The most direct English translation of the root graph, out of which this whole conflict is born, is the word “carve”. Graph means to scratch or to carve and is a cognate of the Egyptian glyph.  So for me, when I say that I carve icons, I win this debate hand down.