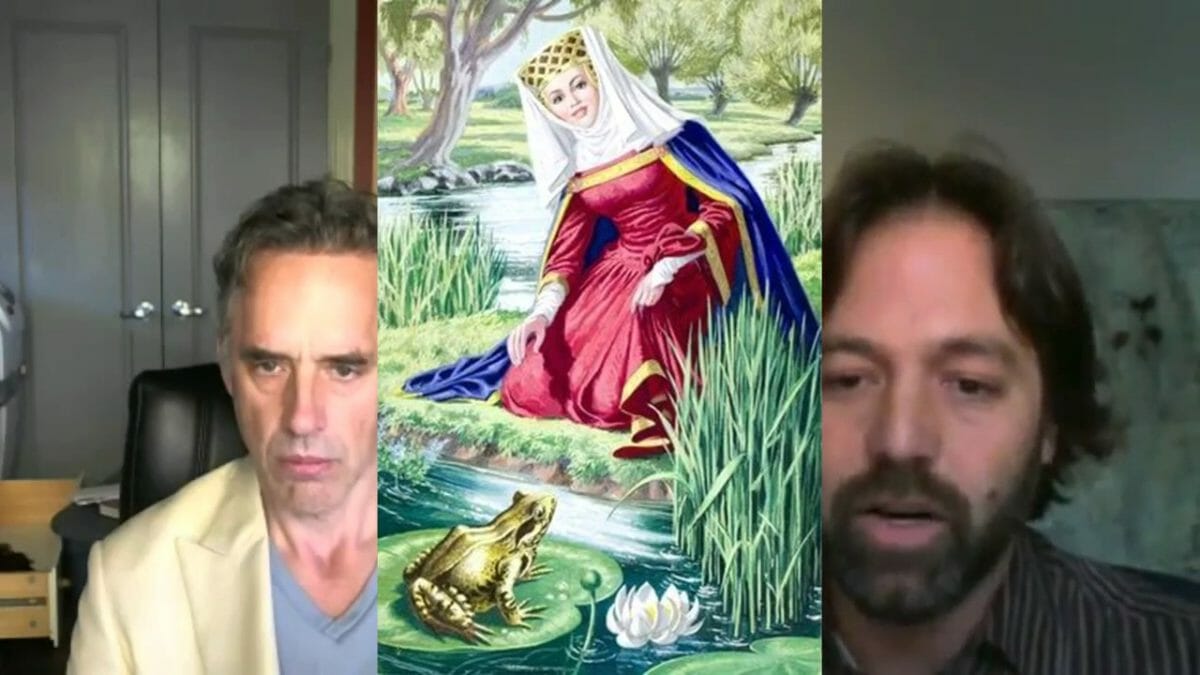 For 5 years now I have been writing on many subjects for OAJ. Most of my attention has been to elucidate the patterns in iconography and liturgical arts and how these patterns relate to Scripture, to other traditions all the while acting as a map of how we should live in the world as Christians.

I believe we are at a particularly critical point in the human story and so much of my focus has been to explain the symbolism of the margin, the edge or the end of something. One could call it the symbolism of the left hand.  Within that frame I have looked at St-Christopher, dragons, technology, the garments of skin and the imagery of death in general. As I was working on these themes, I knew that the patterns of Scripture and Tradition are found not only in our stories or our liturgical arts, but they also appear in other forms of culture, in contemporary events as well. We can see them in news stories, novels, movies, television, video games and many other types of storytelling suffusing contemporary life.

Despite all of this, until last year, I had decided not to delve into popular culture too much. My hesitation was due to the danger of seeming to praise things which are not in any way worthy of praise by garnering attention and interpretation on them.

Strangely though, last year a relation of mine came under intense scrutiny and became the center of a storm of controversy because of the very issues relating to the margin, the hybrid and the breakdown of categories on the edge of the world. This person whom I had known for a year and a half or so and was soon to become a friend, was University of Toronto tenured professor Jordan Peterson.  A huge debate erupted around him regarding the transgender question in which we are witnessing the breaking up of the traditional binary categories of masculine and feminine to include a seemingly endless (more than 70 it seems) non-binary gender identities. These new identities are also linked to strange newly minted pronouns such as “zhe” and “zher”, “xhe”, “xher” , “per” as well as the newly framed “they”.  In Canada, it became clear to Dr.Peterson that this social-constructionist view of gender and these new pronouns inserted into the language were being pushed on us through fiat of law and were creating a type of compelled speech, something yet unheard of in Canadian law and which is actually unconstitutional in the United States.  Seeing the danger in such a move, Dr. Peterson declared that he would not use those pronouns, and now 9 months later, the storm around him has not settled in the least.

All of this was very surprising to me, because as I followed his story, all kinds of events and cultural manifestations began to coalesce around him in the very guise of the symbolism I had spent the large part of my life attempting to understand.  In our personal relationship, Dr. Peterson had been saying for almost a year that he wanted to do an interview with me for his YouTube channel, and strangely enough it is during the height of the controversy that he reached out to get the interview done.  His original purpose was to interview me regarding art, but I knew very well that our conversation would quickly move into the broader discussions of the margin, of monsters, strangers, death and all the other symbols of the edge.   The first part of our conversation has garnered more than 84,000 views and deals with all of these questions.

The second part of the interview we did together discusses a particular image which had recently appeared in modern culture, becoming important in the preceding months whilst also attaching itself to Dr. Peterson through a flurry of synchronicity.  This is the image of Pepe the frog, a strange internet meme which had become infamous during the Trump election and to which I had been paying particular attention because of its resemblance to the symbolism surrounding St-Christopher.  The part of our interview dealing with Pepe the frog has been viewed more than 240,000 times and has thrust me into a strange role which I am still groping to understand.

One of the reasons I had come into contact with Dr. Peterson was because his views on symbolism, on logos, and on the manner in which we exist in the world, were so close to mine that it was almost shocking. In fact his views, though coming from an clinical psychologist and grounded in science, were often surprisingly akin to an Orthodox ontology and epistemology.  Those who wish to find out a bit more about such views can watch the discussion Dr. Peterson had with Joe Rogan in which many of his ideas come together quite nicely.

Following the interview we did, and then also an event Dr. Peterson and I participated in together with the University of Toronto OCF, I began receiving dozens and dozens of emails relating personal stories of atheists or agnostics rediscovering Christianity through symbolism and by being connected to the deeper meanings in Biblical stories and traditional forms.   Many of the messages contained requests for me to elucidate this or that symbol, this or that cultural manifestation and so after all these events piling up, I finally decided to push myself further.

I have therefore started a series of movie interpretations on YouTube in which I analyze movies using the same patterns of meaning one finds in icons or in Biblical stories.   I am still hesitant as to whether or not this is a worthy activity for my time, but within two weeks, my YouTube channel already had 900 subscribers and so it will be interesting to see where this leads.

The first video I did interprets the recent movie “Guardians of the Galaxy v.2” and also looks as super-hero symbolism in general. Since that video I have also done something on Shrek, Star Wars and The Babadook.

On the basis of all that has been happening, I have also been invited to speak at the annual assembly of the OCA Diocese of the South, which will be on July 25th- 28th.  My subject for the assembly is: Pentecost for the Zombie Apocalypse. I will be addressing precisely how our traditional forms can help us understand and speak into contemporary culture.

I would be grateful to get the opinion, advice and especially the prayers of our readers so that this effort may be a fruitful one to the greater glory of God and not just a manifestation of my own ego, which it certainly has the danger of becoming.