The Dragons that Almost Exist 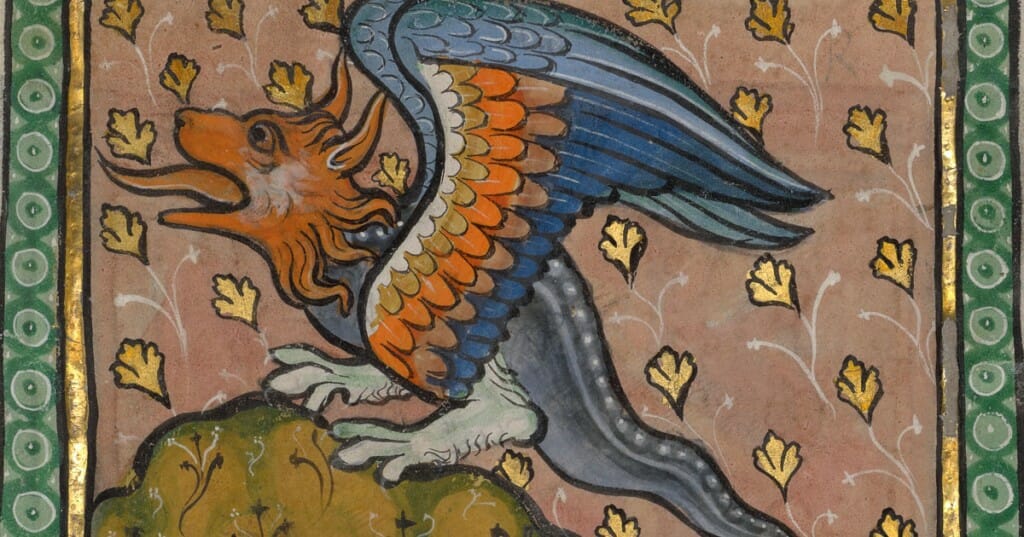 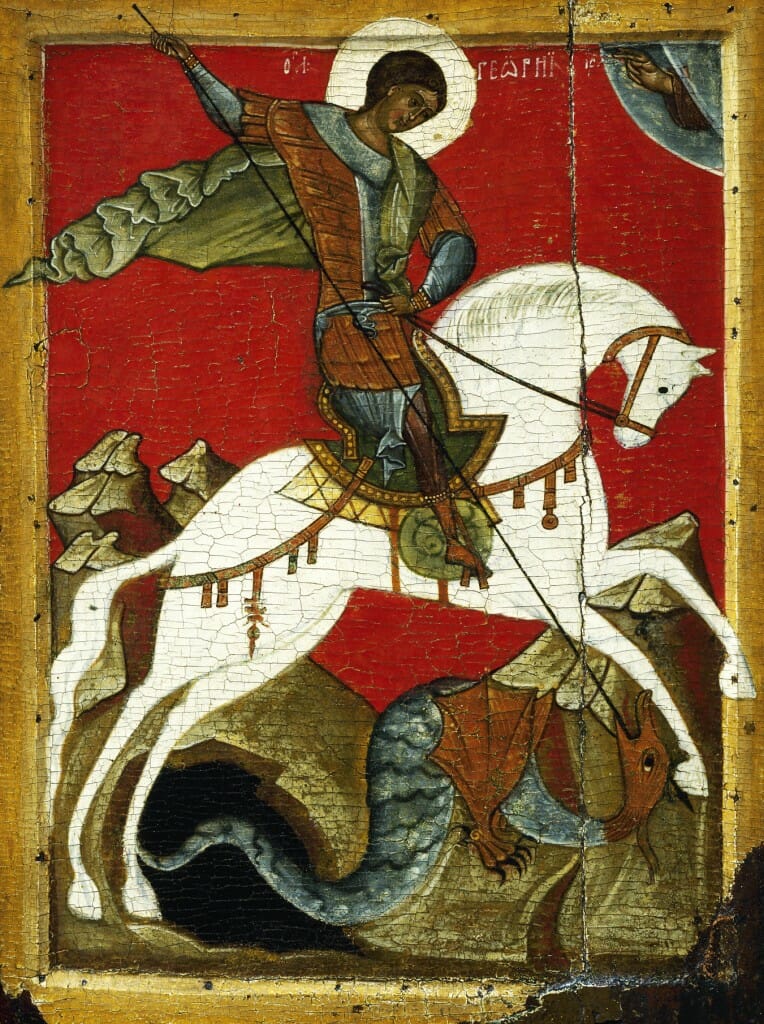 When we say “dragons don’t exist”, usually what is meant by “exist” is some kind of measurable, reproducible phenomena. “Dragon” then becomes a zoological specie, like a dog or a cat that could be separated into sub-species, bred and genetically modified. But to believe that such measurable categories in the world are the only ones that “exist” is not only untrue to the highest degree, but it is also an image of the mental tyranny of our scientific age that anyone could be so blind to believe this as they live out their lives.

What if dragons or else monsters in general are simply not the same type of “thing” as dogs or cats or apples? What if the way a dragon exists has less to do with the difference between a tiger and a rabbit and more to do with the difference between a friend and a stranger? The difference between a friend and a stranger is not a measurable, reproducible phenomenon, yet it is one of the most real experiences a human being has. A friend is a real category of existence, but there is no “zoological” friend, that is I cannot point to someone that would quantify “friend” for all the world in the way a cat is a cat for everyone. Friend is a category of human engagement. And in a similar vein, encountering a stranger is encountering an undefined person, we could say the undecided in human form. I would like to suggest that a dragon and more generally a monster, is the category of the unknown itself in animal form. Ultimately a dragon is an image of chaos, the place where knowledge and categories reach their limits.

That a dragon is an image of chaos is not a new idea, it has been proposed by thinkers from extremely diverse areas, including Orthodox ones. But usually it is implied in saying things like “dragons are an image of chaos” that dragons are a kind of fable, a kind of metaphor. I am saying dragons exist, or rather almost exist. They are as real as a stranger is real, as an alien is real, real in ways that show us the very limits of existence itself. It is silly, for example, to say that UFOs do not exist. Of course UFOs exist, they are unidentified flying objects. Now the way we portray, imagine and project certain cultural forms and narratives into these UFOs is another matter, an important one which shows us how humans engage with the chaos and the unknown. Just like we can experience a UFO or a stranger, we can definitely come into contact with a dragon. And I think the story of St-George and many other traditional stories of dragons are built, are constructed in a manner that helps us understand “what” a dragon is. This is the reason the story of St-George perdures despite all the myth busters trying to take it down.

But we need to give the myth busters their due. So now, just as a thought experiment, imagine a terrible dragon threatening a city and eating its children. St-George comes and kills it. Imagine now a scientist arriving with all his instruments to dissect it. After several weeks of analysis and peer-reviewed data, the scientist informs the silly people of the town via some academic journal, that the dragon was not a dragon, but rather it was a giant siamese-twin crocodile(s) with elephantiasis and rabies. The paper is quite long, in fact it details how each deformity on the giant siamese-twin crocodile(s) with elephantiasis and rabies is related either to it being siamese, it having elephantiasis or rather having come with time from its own violent self-destructive behavior due to its rabies. Some scientists begin to argue over the cause of certain of the deformities and soon someone holds a conference and the organizers publish a book stating the different views on the matter.

In the icon of St-George, the dragon is shown as an impossible hybrid, combining mammals, lizards and birds. As I have explained elsewhere, hybridity is the chaos which appears on the limits, in the in-betweens of categories, the exceptions. It is the very experience of the monster. The strange and exceptional are very important things and are categories which include many spiritual mysteries. Strangers in the Bible and in our tradition can secretly either be angels or devils. In the story of Abraham, the three strangers which come to him are angels and an image of the Trinity, but in the traditions surrounding the Nativity, the unknown shepherd tempting St-Joseph is secretly a devil. This is the nature of the ambiguous, it can hide either extremes. 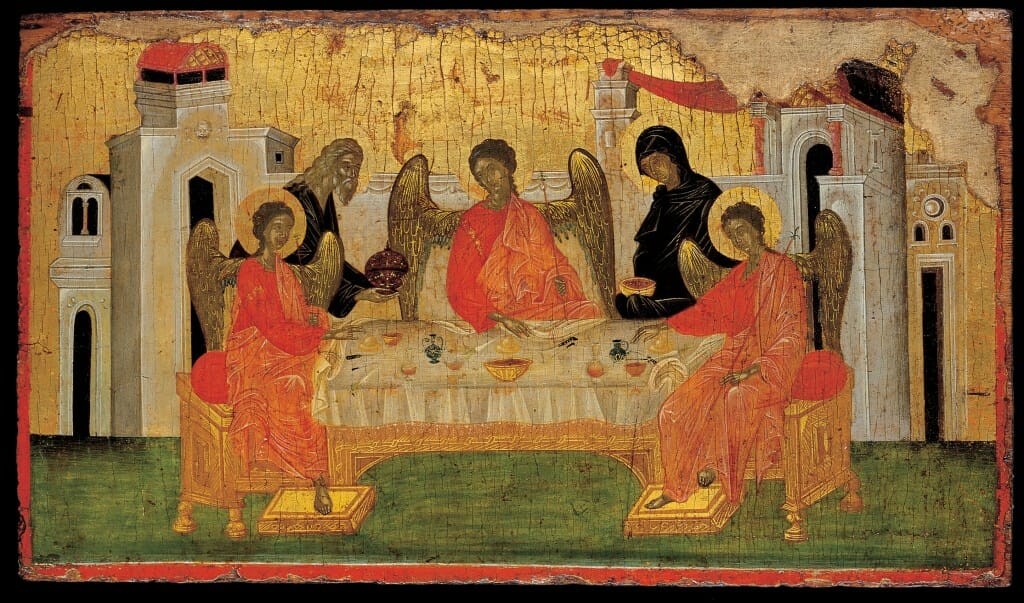 14th century icon of the Hospitality of Abraham. 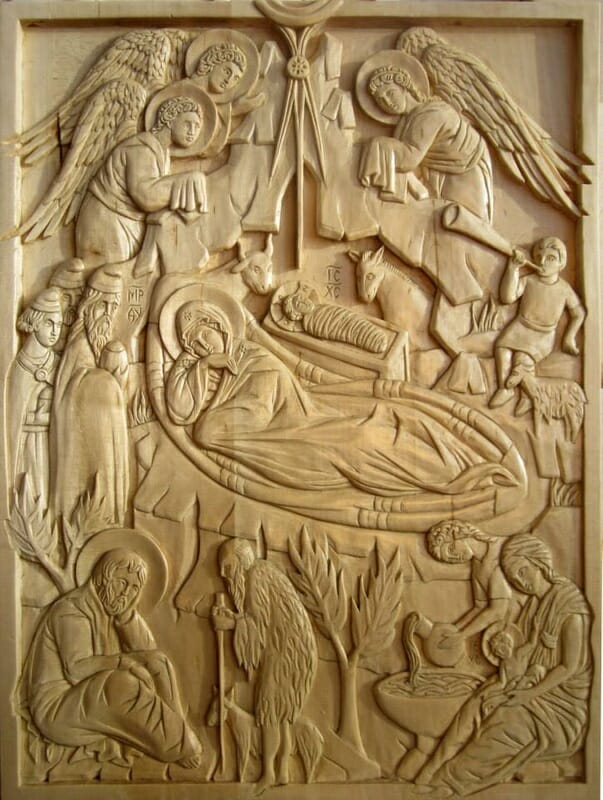 Carved nativity in linden, by the author.

Sadly in a world of only taxonomic categories, there is no room for the peripheral, the exception and the strange. Everything must fit, or else. This has caused both the mad permissiveness and unilateral openness as well as the totalitarian identity of absolute exclusion which characterize the duality of modernity. Both extremes cause each other and so can only swing from one impossible extreme to the next, either attempting to account for and justify every exception or else tracing an absolute border between us and them. In such a world there is no other option, either everything must fit, or else Occam’s razor comes a slicing. But in a world with room for dragons, the natural hierarchy of being is allowed to both include the rule and leave an undefined space for the strange and exceptional, the monster even. There the dragon can almost exist.

As long as the dragon does not eat our children.  And there are those of us now who intuit that the dragons have started to devour children.

Luckily we will always have St-George to protect us.