(Editorial note: This article, regarding one of our contributors, Benedict Sheehan, was taken from the St-Tikhon Seminary website.) 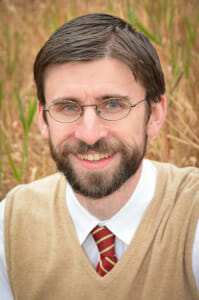 On December 27, 2012, St. Tikhon’s Seminary choir director, Benedict Sheehan, will travel to Moscow to work with the Male Choir of the Moscow Representation Church (Podvorye) of the Trinity–St. Sergius Lavra and its renowned choirmaster, Vladimir Gorbik.

Since taking part in a master class with Maestro Gorbik last June at St. Vladimir’s Seminary, Mr. Sheehan has maintained an ongoing mentor/student relationship with the conductor. His trip this December is being made at the invitation of Maestro Gorbik as a continuation of Mr. Sheehan’s studies with him in the art of Orthodox liturgical music and choral conducting. He will remain in Moscow to celebrate the feast of Nativity, returning on January 9, 2013.

While in Moscow, Mr. Sheehan will rehearse the professional male choir of the Podvorye and will conduct them during portions of the divine services. This marks the first time that an American conductor has been invited to work with this internationally acclaimed Moscow ensemble, and, with God’s help, it heralds the beginning of a new era of spiritual and professional growth in the art of liturgical singing at St. Tikhon’s. 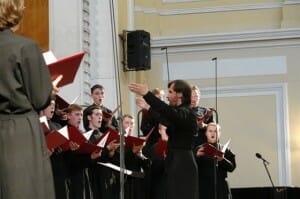 Maestro Gorbik has taken a particular interest in Benedict Sheehan and his approach to liturgical singing, and the two have developed a close working relationship. Speaking in an interview with St. Vladimir’s Seminary website last summer, Maestro Gorbik said of Sheehan: “Let me mention one of the student conductors in the Master Class, Benedict Sheehan, a young composer and choir director, who conducts in a fluid and very musical manner. The fact that he has no formal [postgraduate] training in conducting technique does not prevent him from eliciting the subtlety of the music, so deeply and so thoroughly, that while I came to teach him, I have gained a lot for myself, just from his interpretation [of the music].”

Gorbik’s growing influence in North America can be felt well outside the halls of St. Tikhon’s Seminary. Since giving his master class at St. Vladimir’s Seminary last June, Maestro Gorbik has taken several private conducting students in America, including Hierodeacon Herman, choir director at St. Vladimir’s Seminary. Gorbik was invited this past October to be one of the keynote presenters at the 22nd Annual Russian Orthodox Church Musicians’ Conference in Toronto (sponsored by ROCOR), and he has already been engaged to repeat his summer master class at St. Vladimir’s in June 2013. A male choir master class with Gorbik here at St. Tikhon’s is in the early phases of planning. 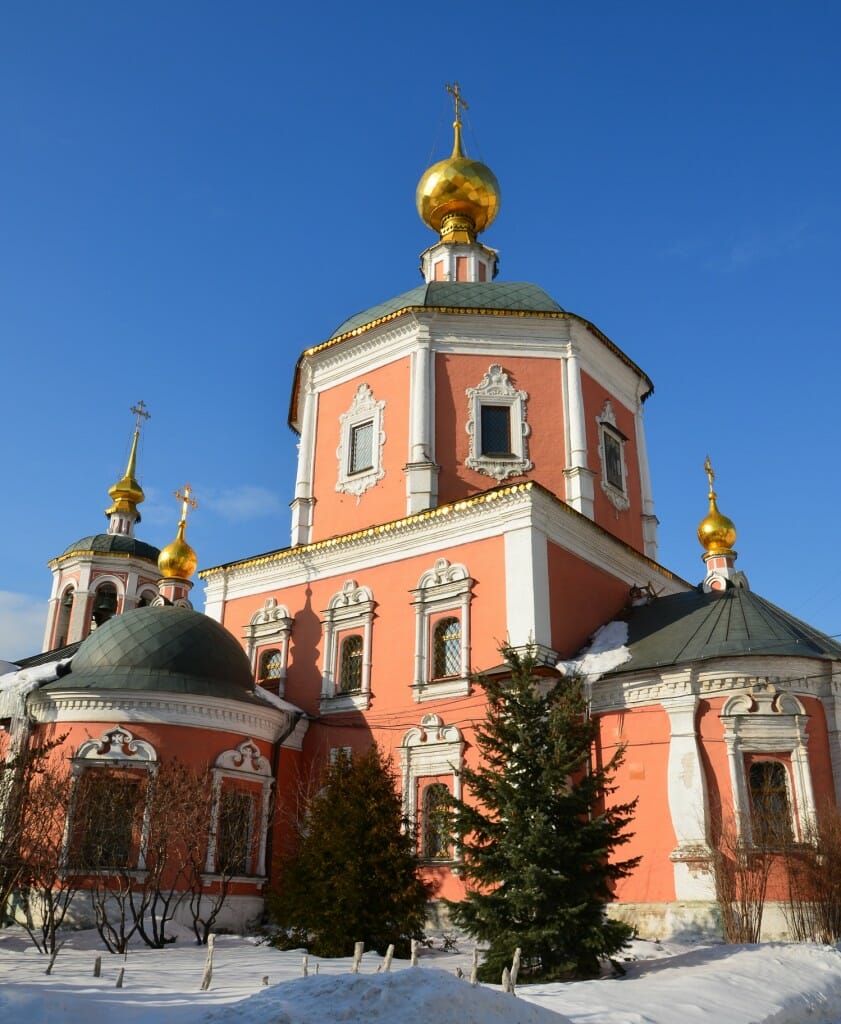 Benedict Sheehan, will work with the Male Choir of the Moscow Representation Church (Podvorye) of the Trinity–St. Sergius Lavra