Last year, I promised our readers that I would try to create an opus sectile icon, that is an icon that joins different stones together to make an image.  I recently had the chance to create something that is a mix of carving and mosaic and is probably as close as I am going to get to fulfilling my promise so I thought I would share the process here. 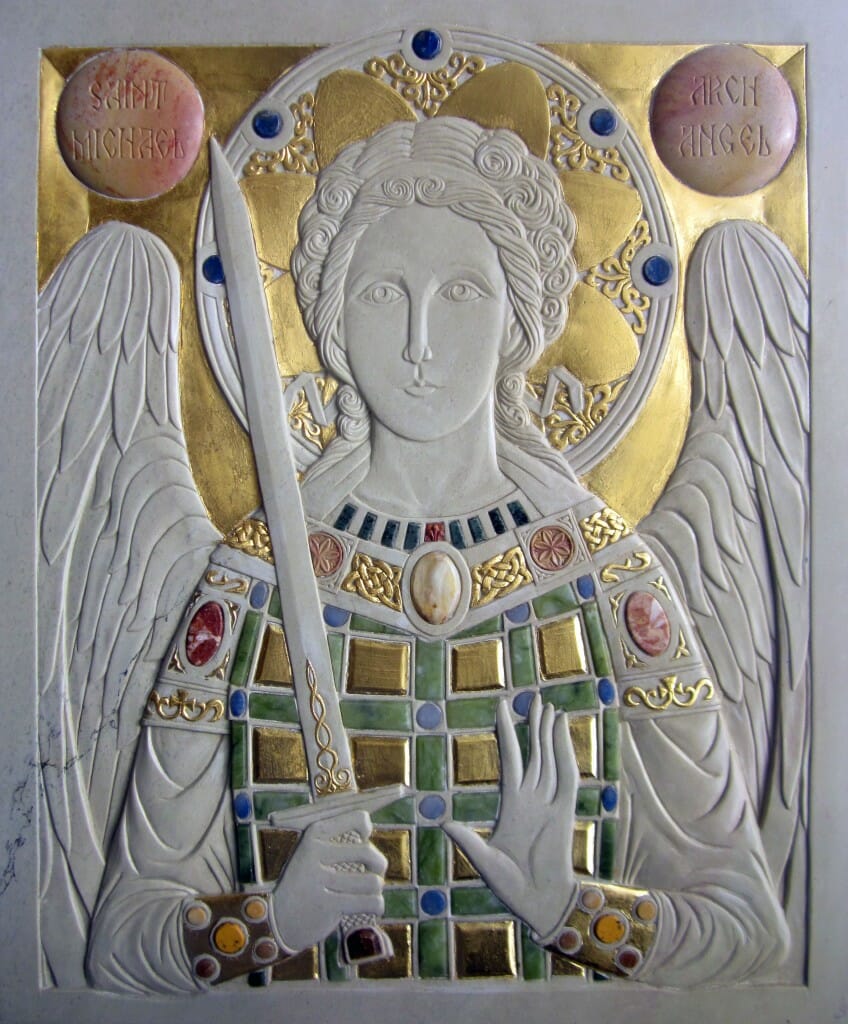 The icon was ordered by someone who was looking for an image of his patron saint that was also a precious object, and so I immediately proposed this vision of inserts with gilding on a steatite icon.  The basic pattern is based on the famous gold icon made in Constantinople which is now in Venice. 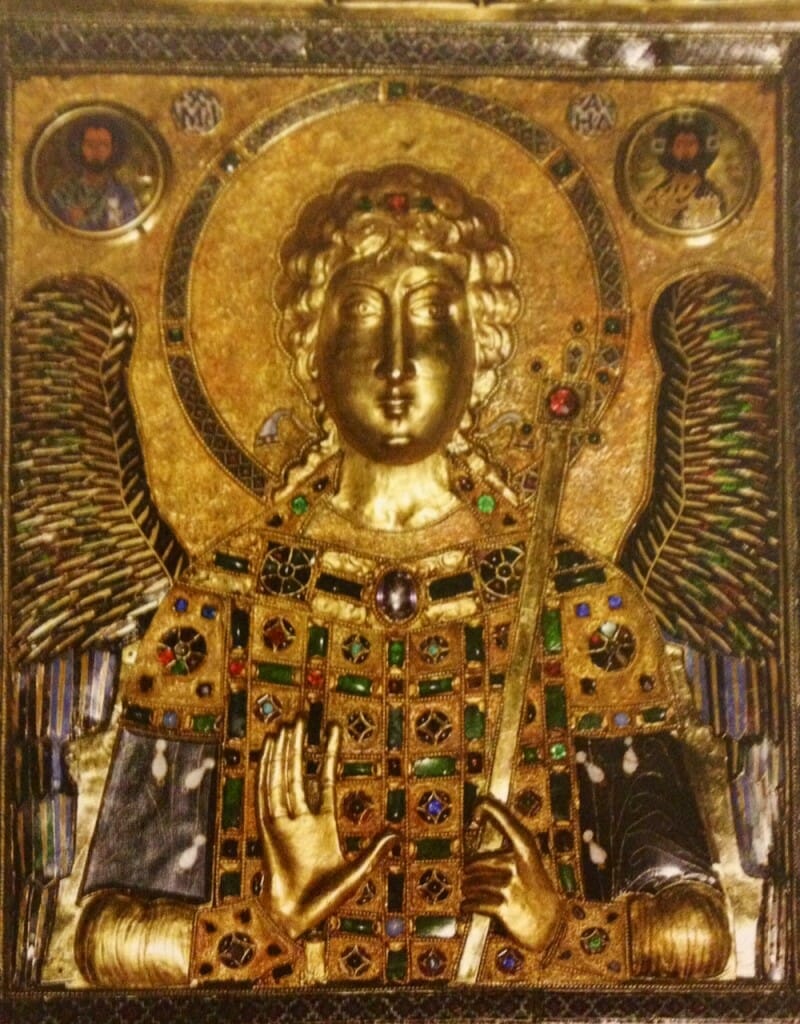 The basic composition remains, although I inverted the hands so that St-Michael could be shown with a sword, and the style is less hieratic and more like a Byzantine painted icon. The face is softer and carved flatter, emphasizing the drawing.  Many details were adjusted in the final image, such as the writing, precise patterns and stone insert color.

First design of the icon with basic ideas for ornament and color.

The icon was carved in its entirety and I then gave the drawing and icon to a friend who is a marble mosaist and has recently started his own workshop with two other mosaists.  . 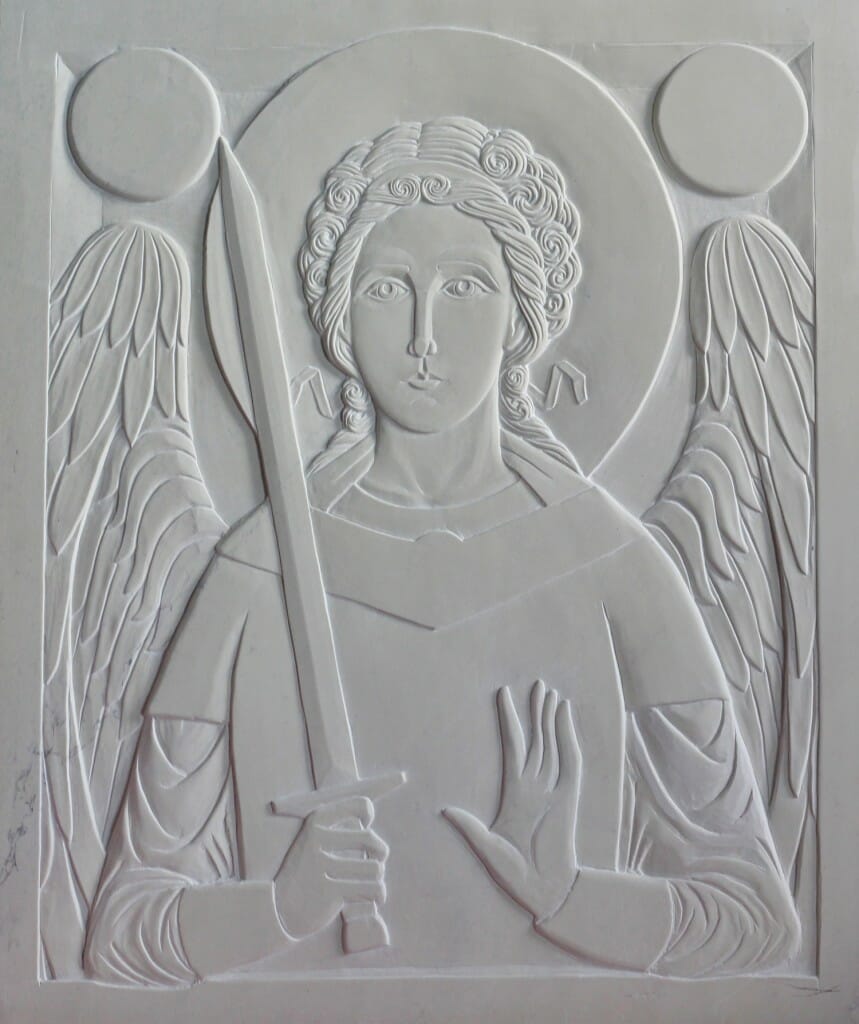 The stones for insterting were cut out and bezeled.  We chose serpentine, lapis lazuli, onyx, macauba blue, breccia, travertine, breccia pernice and some pink steatite which I could then carve.  Inserting the stones was labor intensive as many stones were oddly shaped to follow the drawing.  I had to individually carve each whole to fit the stones. 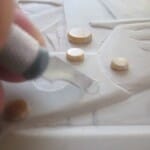 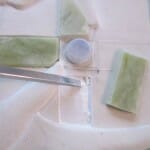 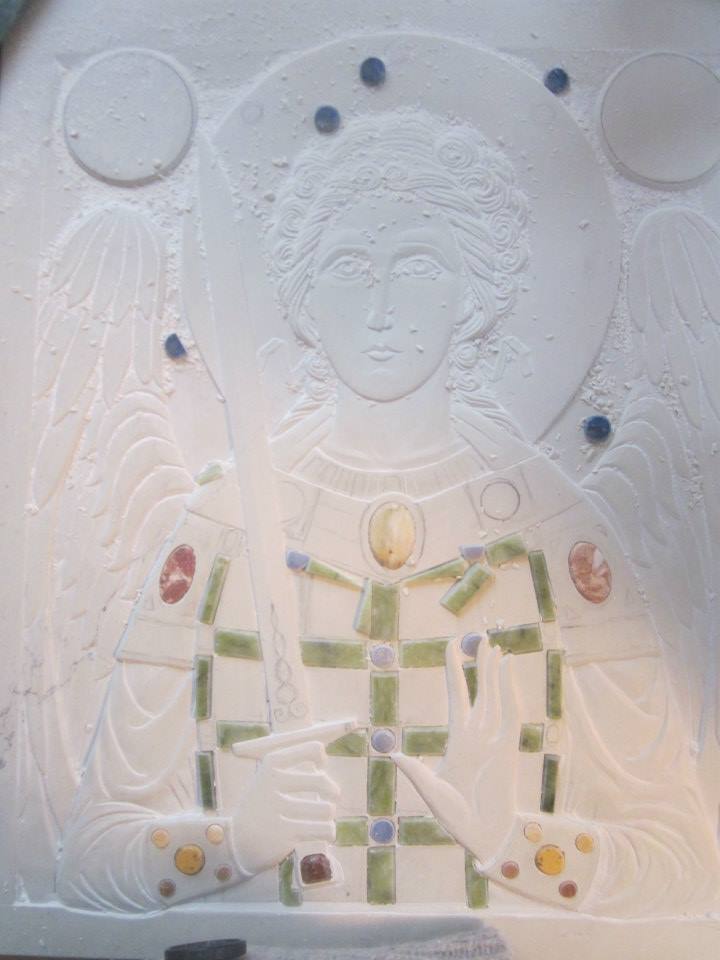 Once all the stones were put in, I added and carved the final ornamentation on the halo, the clothing and the inscriptions. 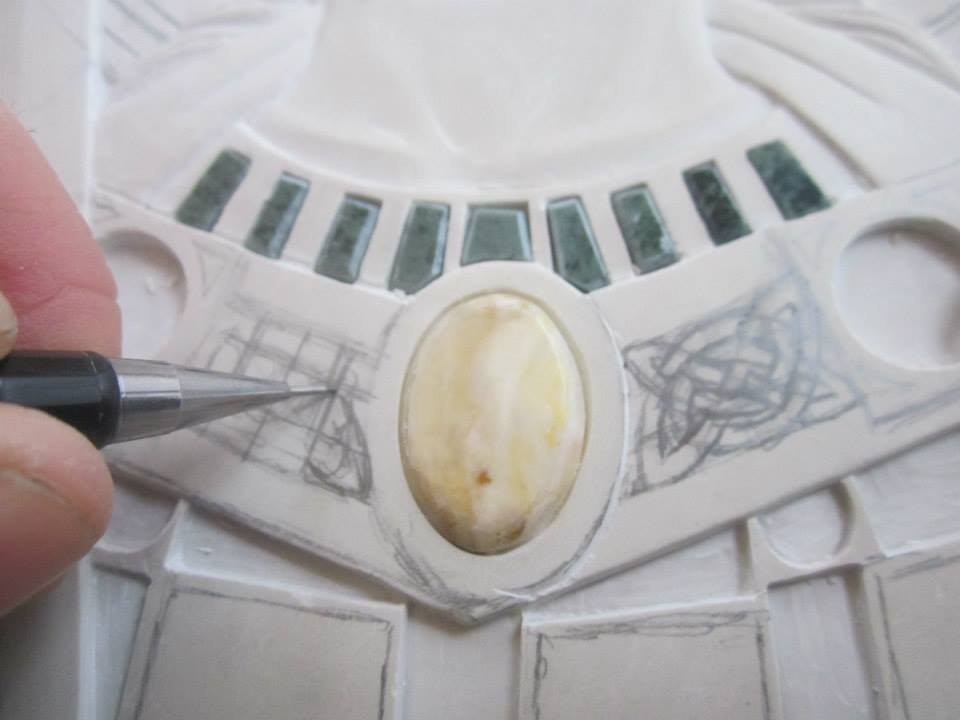 Adding knotwork to the collar

Then came the gilding, which was complicated because so much of the gold was in the ornaments and details so many areas were left bare.  The gold would stick all over the place, and I often had to scrape out places where the goldleaf bits had accidentally joined to unwanted areas. 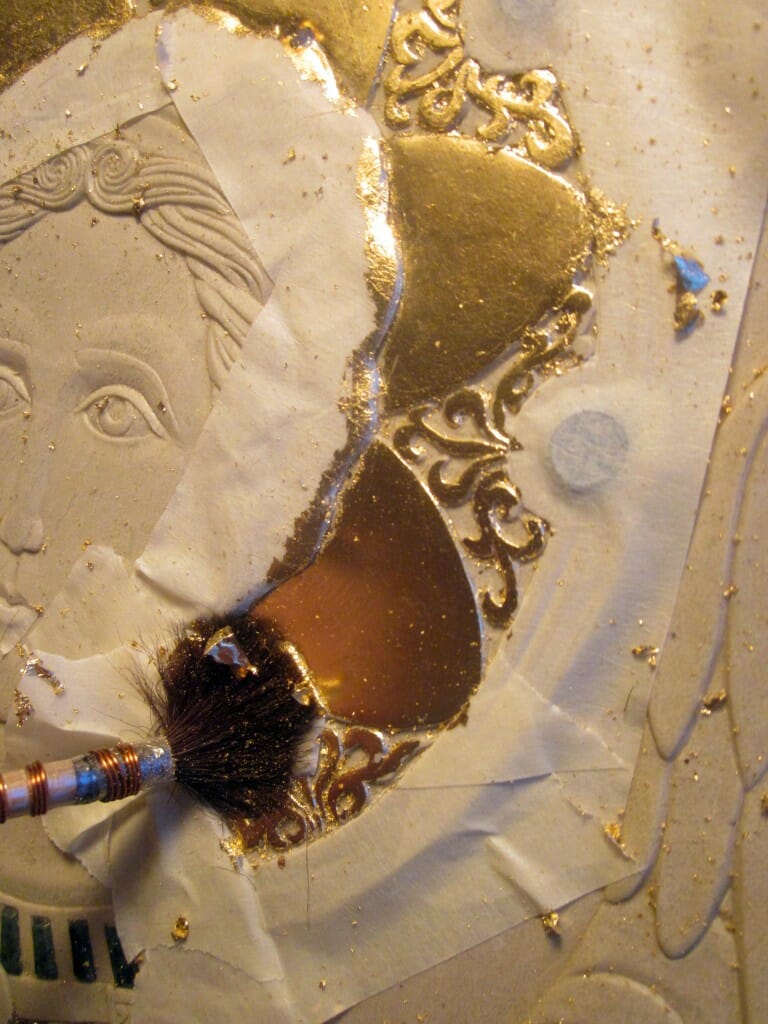 Gilding the halo with its ornaments

In the end, I am very happy with the entire process and I look forward to another opportunity of trying something similar. 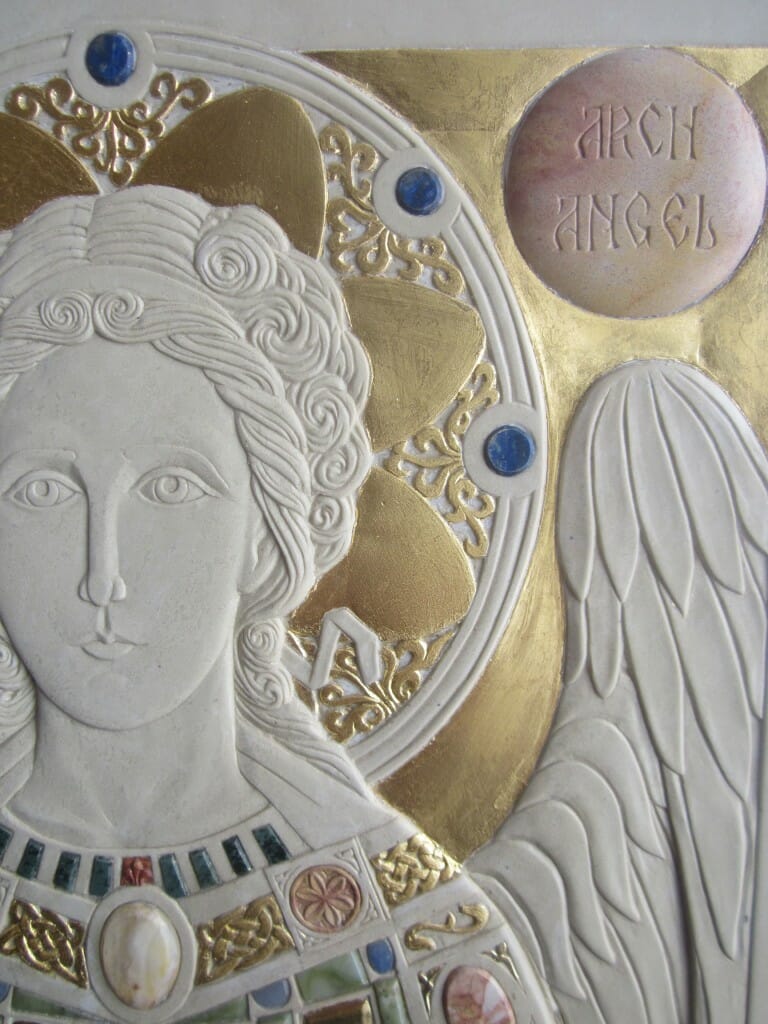 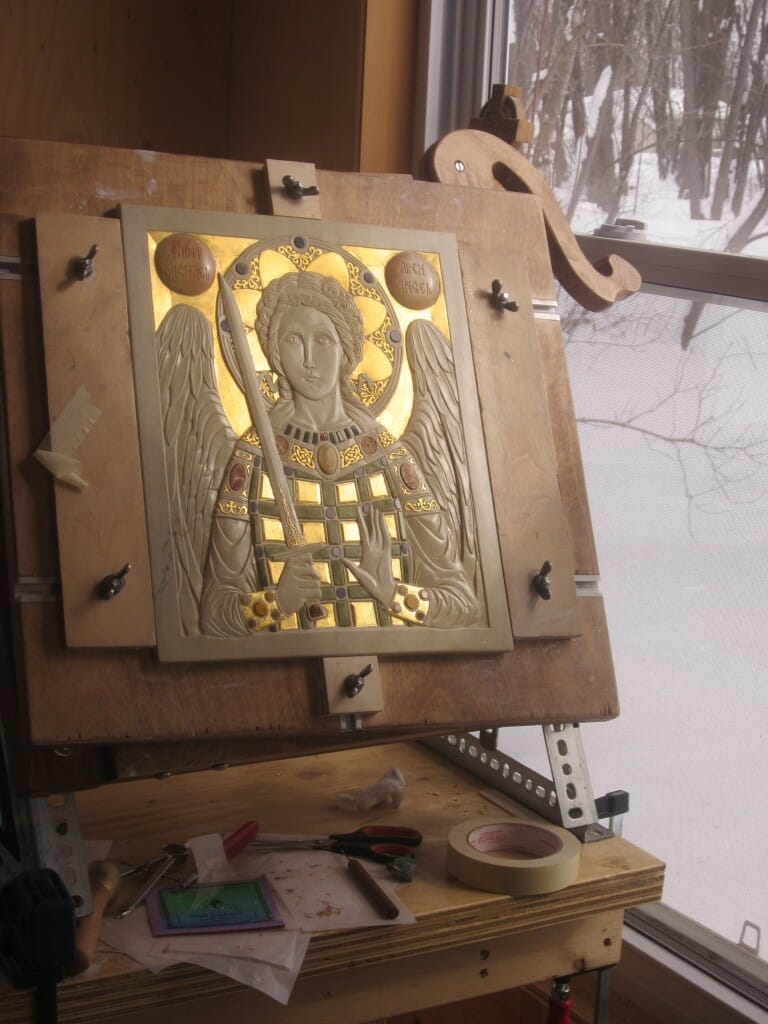 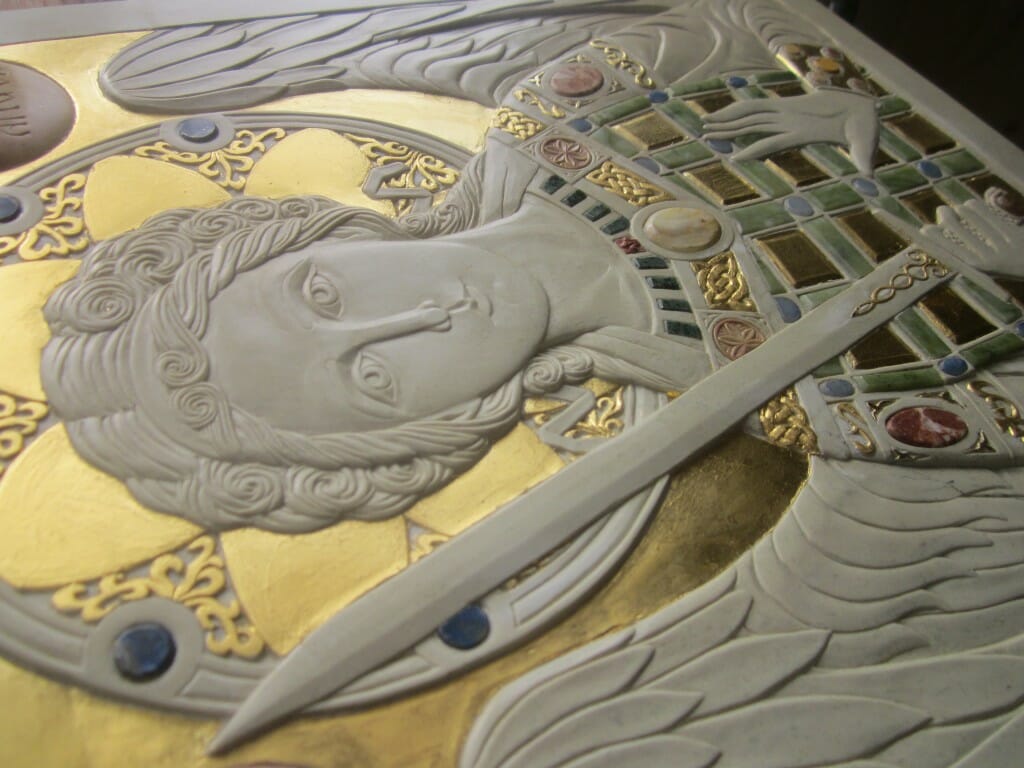 A sense of the flatness of the icon.