There is a relatively famous image of St. Eudocia from the 10th or 11th century from Constantinople that has recently caught my attention.  It is done in a technique called Opus Sectile.  Unlike Mosaic which is the assembly of similarly shaped squares forming a pattern, Opus Sectile is when stone is cut in different shapes that are assembled like a puzzle.  Carried over from antiquity, this technique is usually employed for making floors, such as in Constantinople, Ravenna and was also imported in Italy where the Cosmati family made amazing floors during the 13th century.  Even today we find opus sectile floors in Orthodox churches.

But this little icon of St. Eudocia stands quite surprisingly well, simple and bold, it makes me wonder if this technique has been used by others.

There is a very early Opus Sectile icon of Christ that was found in Rome, but apart from that I have not seen any other example.  I might just try to make such an image. 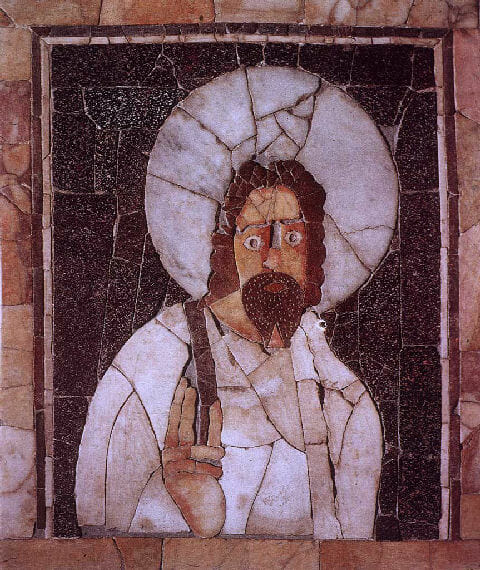 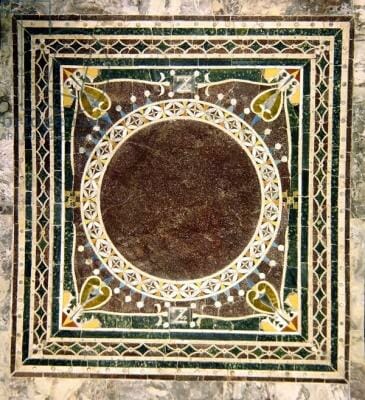 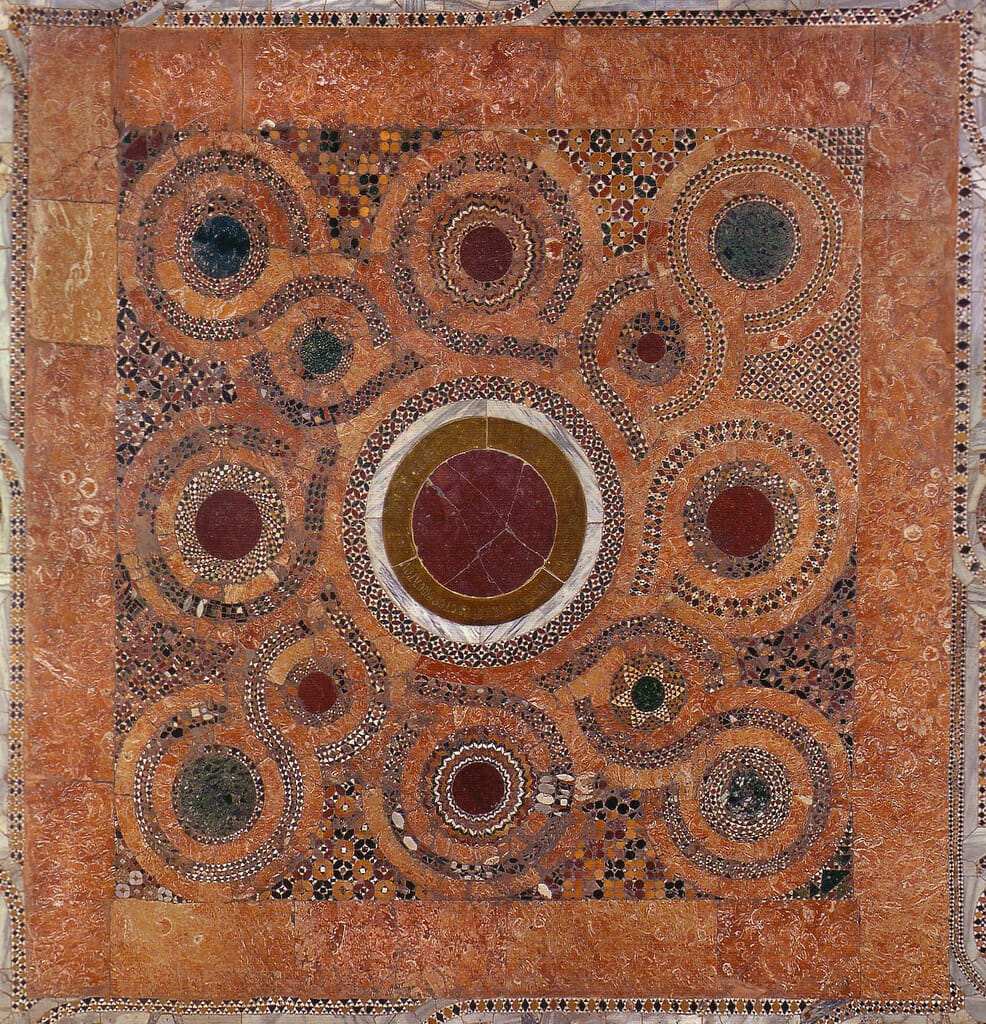