Understanding the Icons of Holy Week 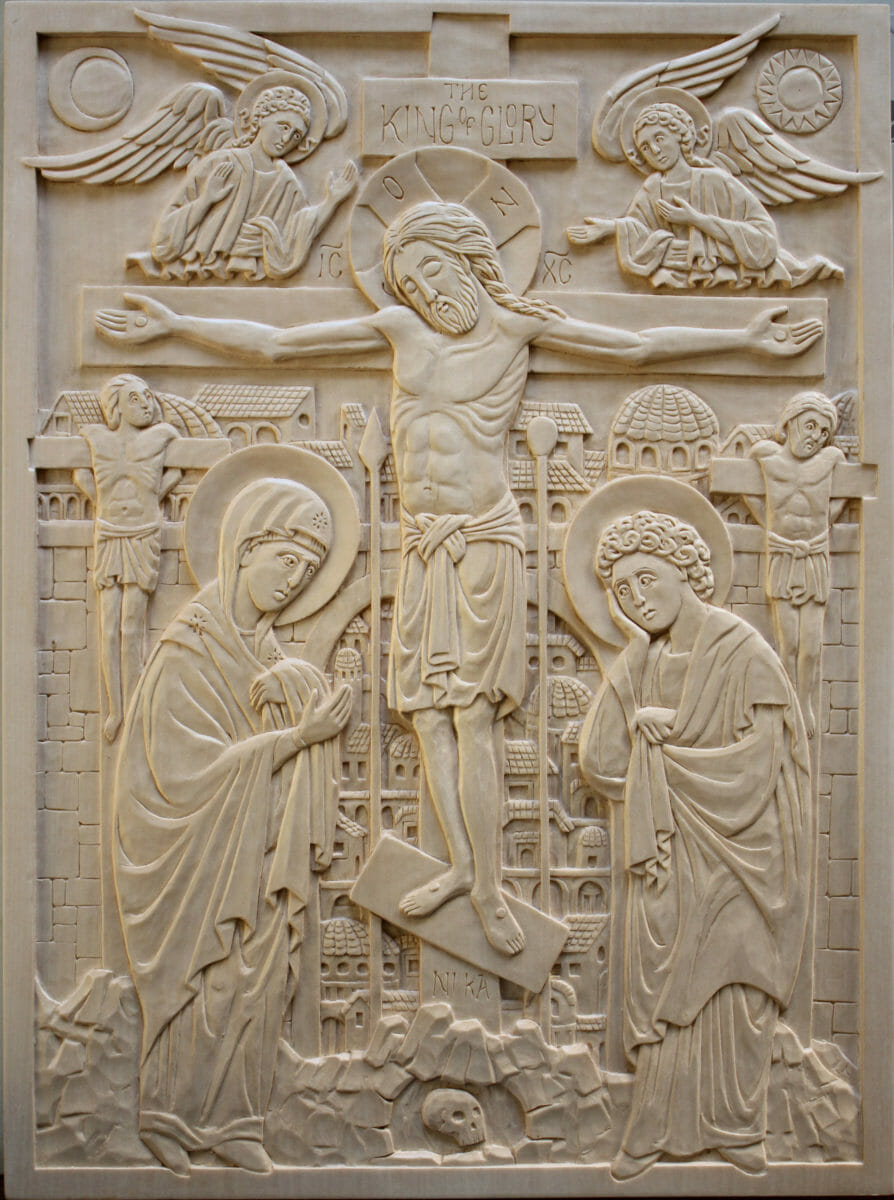 During Holy Week, the Orthodox faithful will see several icons in the center of the church being commemorated. Although we are used to interpreting icons as stand alone objects, I have found that it is sometimes best to see the language of icons as an inter-connected web of elements which speak to each other across different icon types.  Brought together with other liturgical events, the iconological elements dance together in a powerful symphony of meaning.  For example, how can we fully understand the meaning of the strange detail added to the icon of the Entry into Jerusalem, where we see a child helping another with a thorn in his foot, unless we consider that the image of The Bridegroom is to be commemorated the following day? This same Jesus who is being hailed as Messiah on Palm Sunday will soon be crowned by the very thorns God gave Adam and Eve as a curse.

What we see in the series of icons for Holy Week, starting on Palm Sunday, is a playing out of the extreme duality of the Passion, which culminates into the Lamentation Service for Holy Saturday Matins in statements such as this one:

He who holds the earth in the hollow of His hand is held fast by the earth; put to death according to the flesh, He delivers the dead from the grasping hand of hell.

The pushing to the extremes, showing us the Divinity of Christ, contrasted with his bodily descent into death, is there to ultimately flip the script of death and unite all things to Him who hung on the cross. And so we see a king entering the city. But this image of the king is revealed to be the beaten humiliated man. We see a king acclaimed with vestments placed at his feet who then proceeds to use his own vestment to wash his Apostles’ feet.  We see Christ on the cross with wonder and disbelief, and we know that as he is dying, Hades is destroyed. Adam and Eve are being pulled out of the grave.

In the following video, I therefore go through the main icons of Holy Week and show how they are connected to each other, how they reveal the pattern of unity in extremes that we all experience leading up to Pascha.

Here is the video:  https://youtu.be/vgmt5JGVv3I