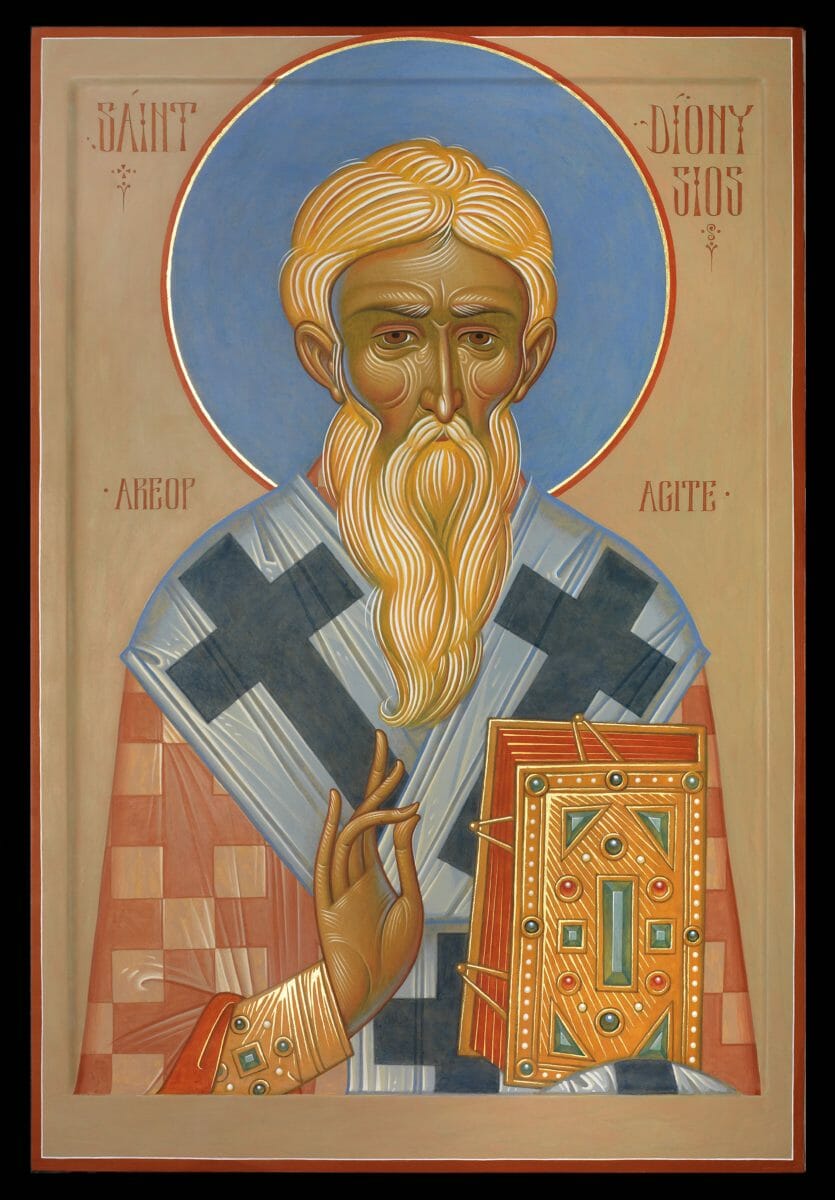 …Timothy, my friend, my advice to you as you look for a sight of the mysterious things, is to leave behind you everything perceived and understood, everything perceptible and understandable, all that is not and all that is, and, with your understanding laid aside, to strive upward as much as you can towards union with him who is beyond all being and knowledge.

In this new icon, St. Dionysios the Areopagite seems to gently smile as he firmly blesses the viewer. With his blue halo, he seems to be shining “in the brilliant darkness of a hidden silence.”[ii] But why, some might ask, does St. Dionysios have an unusual blue halo? 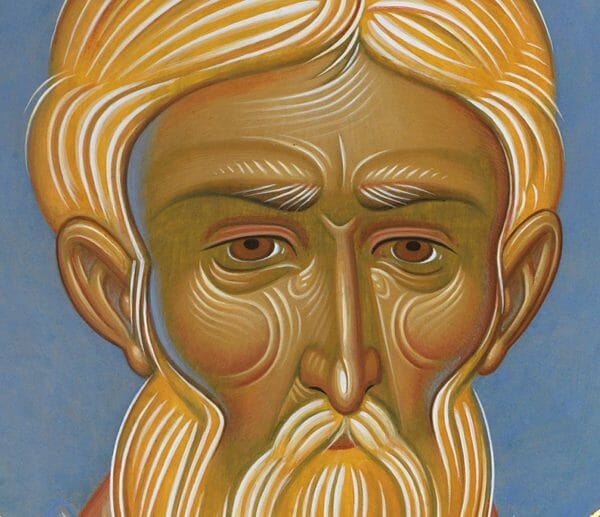 Let us just pause for a moment, lift up our eyes and see how, “The heavens declare the glory of God” (Ps. 19:1). It’s not surprising, therefore, that the beauty of the azure firmament has for millennia been seen as a symbol of the mystery of the Infinite, the Eternal, of Heaven itself. Blue, as the “glory of God,” represents the Uncreated Light radiating out from the “divine darkness”. The terrestrial manifests the celestial, the temporal the eternal. And since St. Dionysios, the unerring beholder of divine mysteries, is perhaps the most eloquent expositor of apophatic theology, as seen in his Mystical Theology, he bears a blue halo, designating his illumination and knowledge of ineffable realities experienced within the “divine darkness”. Moreover, in the Celestial Hierarchy St Dionysios speaks of blue as a “sign of hiddenness”.[iii] Blue has been also associated with the cherubim, as designating their power in divine knowledge or contemplation.[iv] Furthermore, in the Philokalia, blue is described as the color of the purified nous: “When the intellect [nous] has shed its fallen state and acquired the state of grace, then, during prayer, it will see its own nature like a sapphire or the color of heaven. In Scripture this is called the realm of God that was seen by the elders on Mount Sinai.”[v] And in Exodus we read, “Then Moses went up with Aaron, Nadab and Abihu, and seventy of the elders of Israel, and they saw the God of Israel; and under His feet there appeared to be a pavement of sapphire, as clear as the sky itself…” (Exod. 24: 9-10). Hence the blue halo in the icon of our monastery’s patron speaks of seeing beyond vision; knowing union beyond knowledge; of entering into the presence of the One who is beyond being. 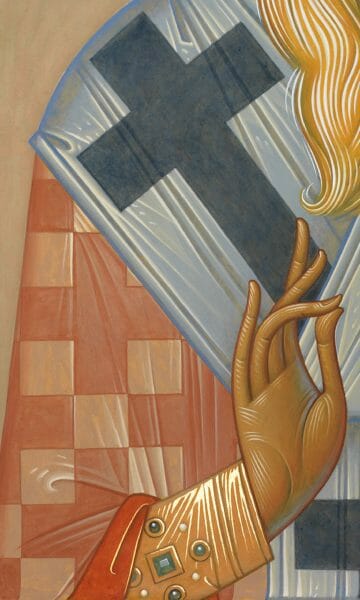 As we can see, we’re not limited to symbolically depicting the Uncreated Light by the use of gold, red, green, or, for that matter, any other color. All colors, after all, are the perception of specific wavelengths of light – pure light made perceptible to the eye. The unseen made sensible. A reminder of how the Formless has taken on form; how the Light of the world has become flesh. Another example of how phenomenal reality is nothing other than a symbol, the Uncreated manifesting and making itself accessible through the kaleidoscope of nature. So, the color blue is only one among many other pictorial means through which the icon painter can convey what ultimately transcends sense perception and conception. 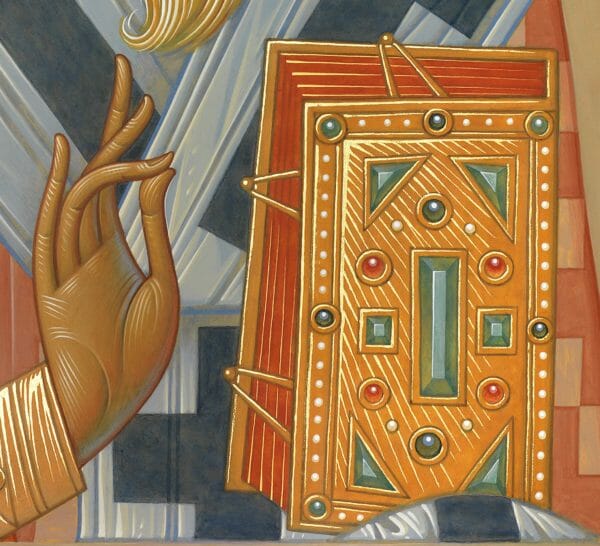 *This article is dedicated to the memory of the author and poet Hugo Ball.