The Robot, the Mutant and The Artist 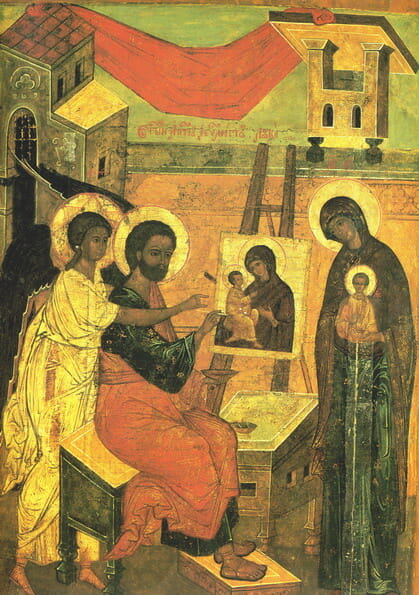 [1]One of the weaknesses in our vision of the world is that we tend to look at what surrounds us from one side of an opposition.  This is inevitable as humanity’s existence unfolds like a wheel, waxing and waning, pulled by opposite forces from extreme to extreme.   These extremes feed each other, call each other into existence so that often our fiercest enemy traces our own mirror reflection.

Christ comes as remedy to this frenetic dizziness. He is both Alpha and Omega, beginning and end.   He is the union of extremes, not only the perfect union of Heaven and Earth, created and uncreated, divine and human , but meditating on his story one discovers his life as the uniting of opposites in a vast array of categories.  Christ is servant and king, stumbling stone and capstone, shepherd and judge. In the words of the prophet Simeon he is for both the fall and rising of many, bringing peace and fire,  wearing a crown of thorns. I could fill this entire text with ways in which Christ unites and is simultaneously the origin of opposites.

In an image of Christ, Humanity is called to imitate him in this function of uniting opposites without destroying them through love and communion, which is why St-Maximos the Confessor speaks of Man as microcosm, whose nature is “the laboratory in which everything is concentrated and in itself naturally mediates between the extremities of each division[2]”.  Upon grasping this mystery, we come to see that any fall, just like the fall in the Garden, is a fall into an opposite, an illusion which makes us see one side of a duality as fullness and totality.  This is the cause of every conflict and every war and to which Christ answers by telling us to love our enemies.

The modern world, that is the world following the Late Middle Ages until today, unfolds somewhat as a “de-incarnation”, a separating and radicalization of opposites.  For example we will often characterize the modern world as materialist and anti-spiritual, but this is of course not the case.  Modernity gave rise both to materialism AND rekindled different forms of “spiritualisms”, theosophy or esoteric speculation. We should not forget that René Descartes who gave us the mechanistic universe in which we still pretty much live, also spent his life hunting for the secret esoteric society of the RoseCross or that Karl Marx was living at the same time as Helena Blavatsky.  Both these extremes are modern, and both are born from the other’s very position of extremity.

In the practice of human making, what we will call “art”, this radicalization of opposites also has taken on several forms.  I have explained this before, but in ancient times the notion of art, techne or ars, included all disciplines of applied knowledge.  Although there existed distinctions between different forms of art by their functions — painting, rhetoric, medicine — there was not the oppositions we find today.  One did not oppose fine art to folk art, or fine art to commercial Art, or fine art to technology.

If the sacred artist is to take the role of mediator seriously, it is crucial to come to an understanding of this so that we do not unwittingly fall prey to such oppositional thinking.  There have been many articles on OAJ attempting to show how the abstract qualities of modern art are related somehow to the icon and these are important statements to make.  But one must always keep in mind that what we call modern art, the very abstract, elitist and often spiritualising of object, form and color is itself in a radical opposition.    There is no German or Russian Avant-Garde without Social Realism appearing as its explicit enemy, leading to Avant-Garde art being banned in both countries.  Even in America, There is no Abstract Expressionism without Regionalism, no Jackson Pollock without Thomas Hart Benton.  In our historical perspective, The side of “avant-garde” art has so won the day that we simply forget or ignore that Grant Wood was painting at the same time as Georgia O’keefe. 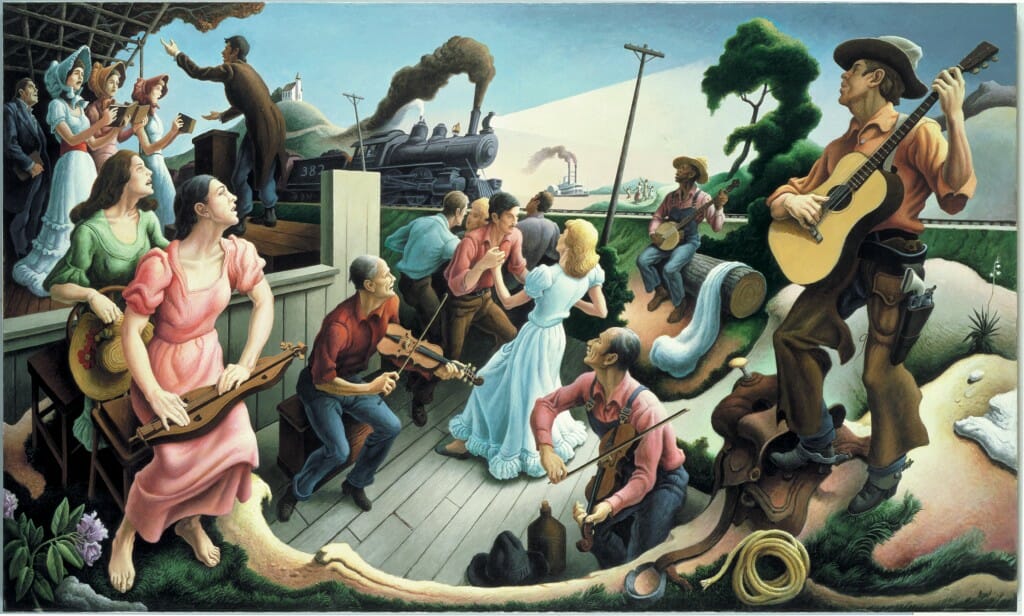 Sources of Country Music by Thomas Hart Benton. A supreme example of American Regionalism. Benton was Pollock’s teacher at the Art Student’s League and Pollock often said that Benton’s teaching gave him something to rebel against.

Having said all of this, we must take in an even wider vision.  If in the Middle Ages the making of a comb or chair was as much an “art” as the painting of a fresco, in the modern world we have opposed “art” to manufacture. We have opposed the art object, which is unique, autonomous and without function, to countless “artless” objects we buy at the store which are rather identical, mass-produced and utilitarian. 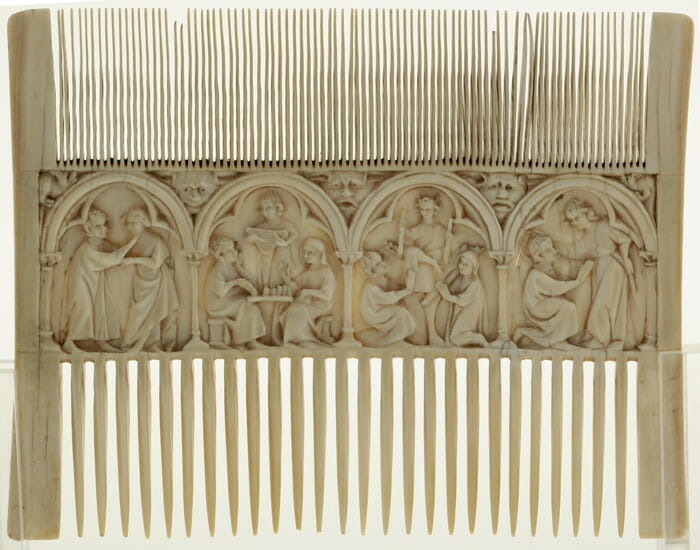 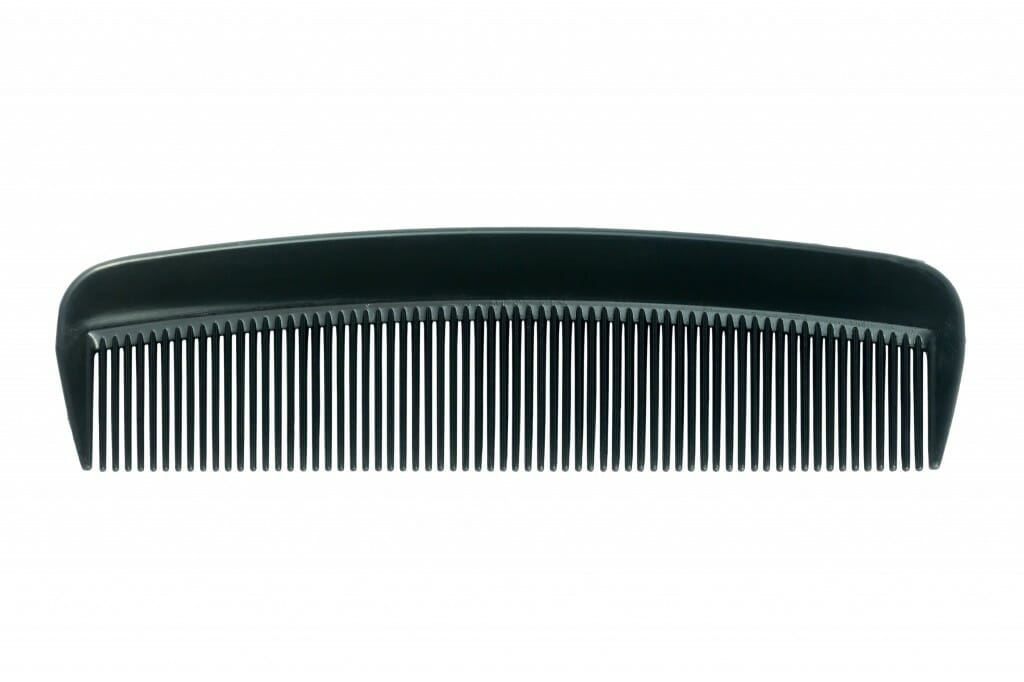 Though it can be represented within a myriad of frames, one of the most useful ways to view the tendency towards extremes is as two types of humanity born in the modern imagination, each inhabiting our psyche and storytelling.   We could call these two types of humanity the human machine on one hand and the absolute individual on the other.  Or more simply put, they are the robot and the mutant.

The Robot is an artificial copy of a human person, a copy without personhood, without individuality, an infinitely reproducible being who is absolutely subservient, a slave without moral responsibility who’s existence is pure utility.  Its extension into society is the human as number, the anonymous mass of statistical beings, the factory worker and the bureaucratic system of the modern state. 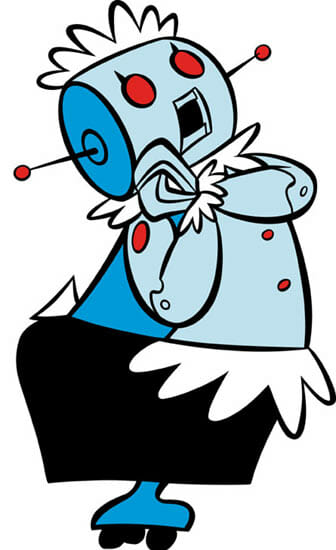 Rosie, the robot maid from the American television show The Jetsons, airing in the 1960s

On the other hand, The Mutant is the absolute individual, an Übermensch who’s very body, dare I say who’s very nature is unique, and this uniqueness, (Especially the Marvel Comics version of the mutant) appears as a power and an idiosyncratic appearance. It is even represented as “human avant-garde”, the next step in the evolutionary progress of humanity.  The extension of the mutant into society is the rock star, The artist as genius, the self-made millionaire and the indomitable rebel who stands against the “system”. 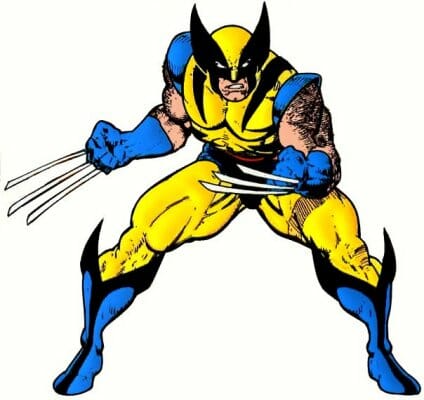 When applying this to iconography for example, those with robotic tendencies will tend to emphasize status quo, the pure utility of icons, might tend to emphasize tracing ancient models or maybe might find no issues with mechanically reproduced icons.  The robots will view with suspicion those who innovate, those who’s personal style is too visible in their icons.  Those with mutant tendencies will on the other hand encourage individuality, change, exploration and the “fine art” aspect of icons.  They might want to see their works in galleries and collections, entertain some fame and notoriety and might tend to see change and innovation as having value in themselves. The mutants might even look down upon those who “merely copy” as a lesser breed of iconographers.

But the potential for liturgical art, by its very nature, comes to us as a viable solution to the extreme duality which has developed in art.  Those of us who have intentionally abandoned the world of contemporary art to embrace iconography are usually aware of this.  For us, the appeal of iconography is precisely how it crosses and spans all the divides of human making.  It is both an object of absolute utility, fully anchored in the lives and spiritual practices of the church, but it is also an object of beauty made by a person as well as being a profound visual text with layers and layers of meaning.  The icon is typological, following canonical rules, but need not be tyrannical in systematic reproduction as we find in factory made objects.  The icon is found in imperial churches as well as the most common of peasant’s hut. The icon can be both an individual and a communal creation, expressing the unique quality of the artist who made it, but also being made for and within a community and within the common visual language which binds that community together.  In that way making an icon can be an act of love. 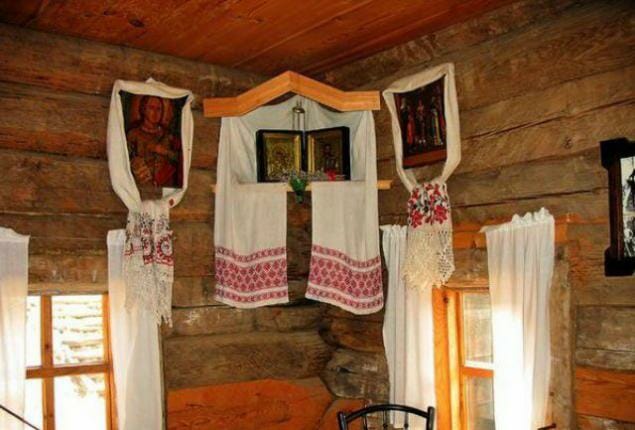 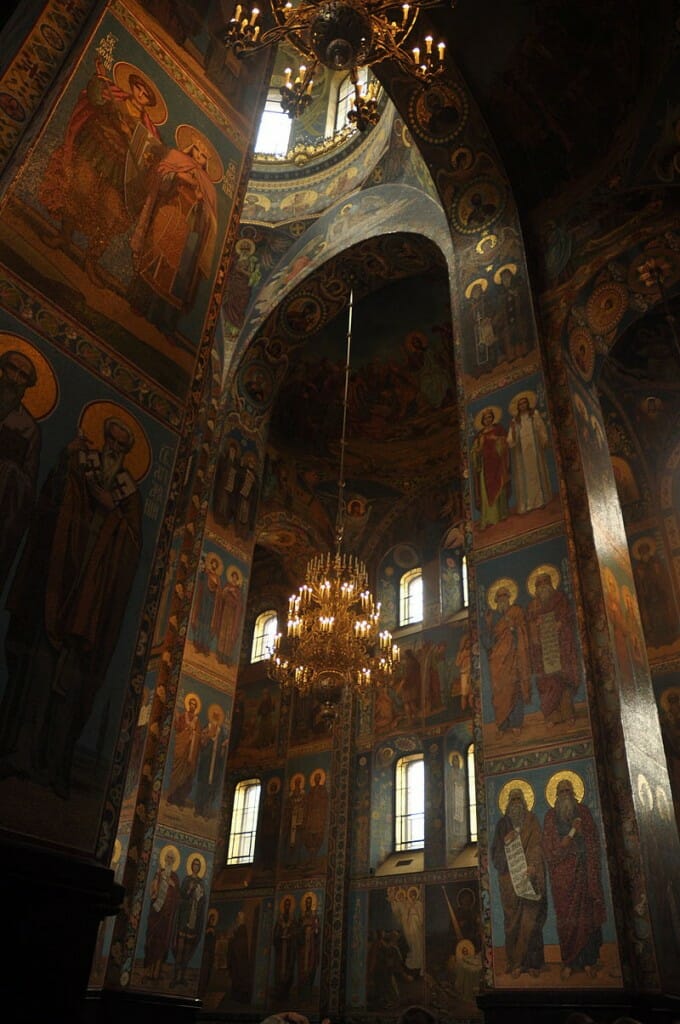 Interior of the Church of the Spilled Blood, Saint-Petersburg. begun to be built 1883 by Emperor Alexander III in memory of his father.

But in order for liturgical art to be an act of love, it must find the middle way, for as St-Gregory of Nyssa tells us commenting the famous words of Christ:  “Neither wisdom of the serpent nor the simplicity of the dove is to be praised, if one should choose either of these with respect to itself alone.  Rather it is the disposition which closely unites these two by the mean that is virtue.[3]”  To find Virtue in liturgical art we must look to avoid both meaningless copying AND meaningless innovation, both pure utilitarianism AND pure aesthetic contemplation.  Rather bringing together a joyful exploration of our predecessors with the effort to take these visual languages into our own, moving forward with prayer and humility, the visual and typological languages of the icon will appear as a living and breathing communal art which can still be a vibrant and authentic testimony in a world of robots and mutants.

[1] This article continues comments I made in the interview with Todor Mitrovic.  Although I disagree with many of the ideas he expresses, I nonetheless think he is bravely posing crucial questions and his approach, which is obviously worked out in thoughtful self-questioning, is very much worth engaging.