The Renaissance of the Canonical Icon

Since the end of the 19th century, starting in Russia, the Orthodox Church in all its zones began to experience a rediscovery of its own canonical iconography. During many centuries, the Orthodox themselves had marginalized such images, scorned and nearly forgot them in favor of images modeled on the works of master artists from the West. The result was such that at the beginning of the 20th century, for example, it was not impossible to find Orthodox churches that were covered on the inside with many images, but with few if any icons. Artists of all origins, Russian, Greek, Romanian, Arab, etc., not only adopted the “styles” of the Italian Renaissance, the Baroque period, and others, as practiced by Western artists, but also the artistic and theological vision that inspired these painters [1]. 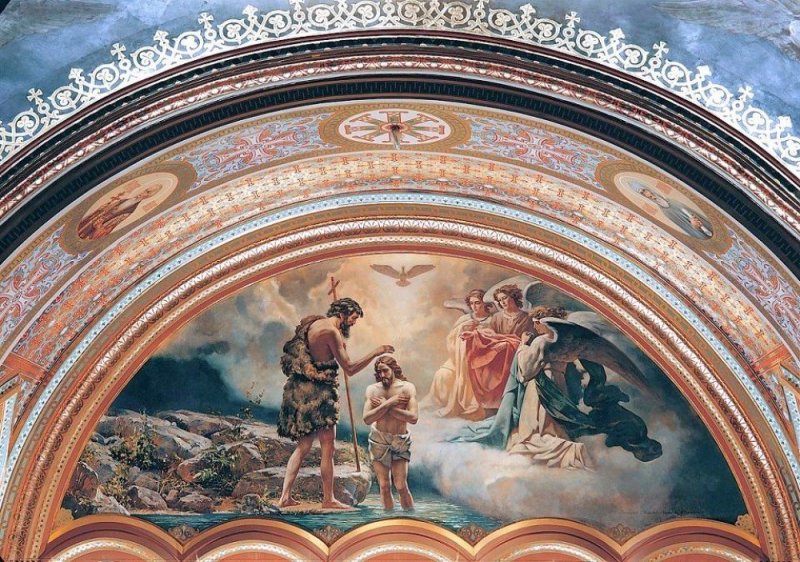 The Baptism of Christ, from Christ the Saviour Cathedral, Moscow 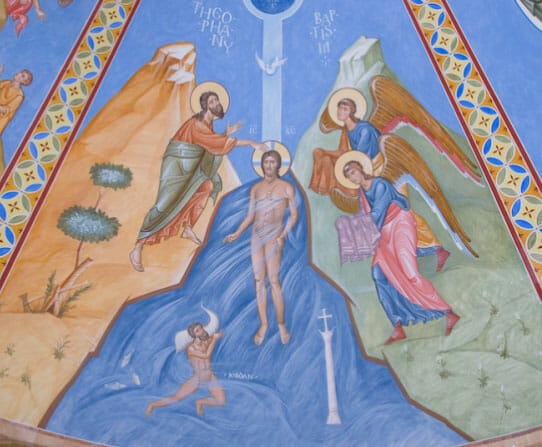 Instead of continuing to paint eschatological images for an eschatological people — that is for a people seeking to live to a greater and greater degree in the Kingdom of God — by using an artistic language, vocabulary, and techniques that lend themselves to representing the theological vision of our world transfigured in the light of the Kingdom of God, Orthodox painters adopted the criteria of those who sought to represent this present world and its inhabitants using artistic means—linear perspective, for example — which are appropriate for imaging our fallen world, the only world that we know, which is far from being transfigured by the light of the Kingdom of God. The rediscovery of the traditional, canonical icon is still going on today among Orthodox, who are not always ready to substitute icons for their Baroque images.

The Renaissance of the Icon among Catholics and Protestants

Even though the renaissance of traditional, canonical iconography began among the Orthodox, it has over time had an effect on Western Christians. The result of this influence is found in the fact that we see icons, and “iconized” images, painted in a Byzantine, Novgorodian, Rublevian, or other styles in Catholic and Protestant churches. There certainly is a growing enthusiasm for icons, as well as for pseudo-icons; there are artists of every orientation who paint, want to paint, dare to paint icons. There are even those who say that the icon is God’s instrument for uniting the churches. Perhaps this is true, but is this hope well founded? From this question stems the title of my reflection “The Icon: Sign of Unity or Division?” The title could also have been “The Ecumenical Importance of the Icon.” To what point, in fact, can the icon serve as an instrument for Christian unity? 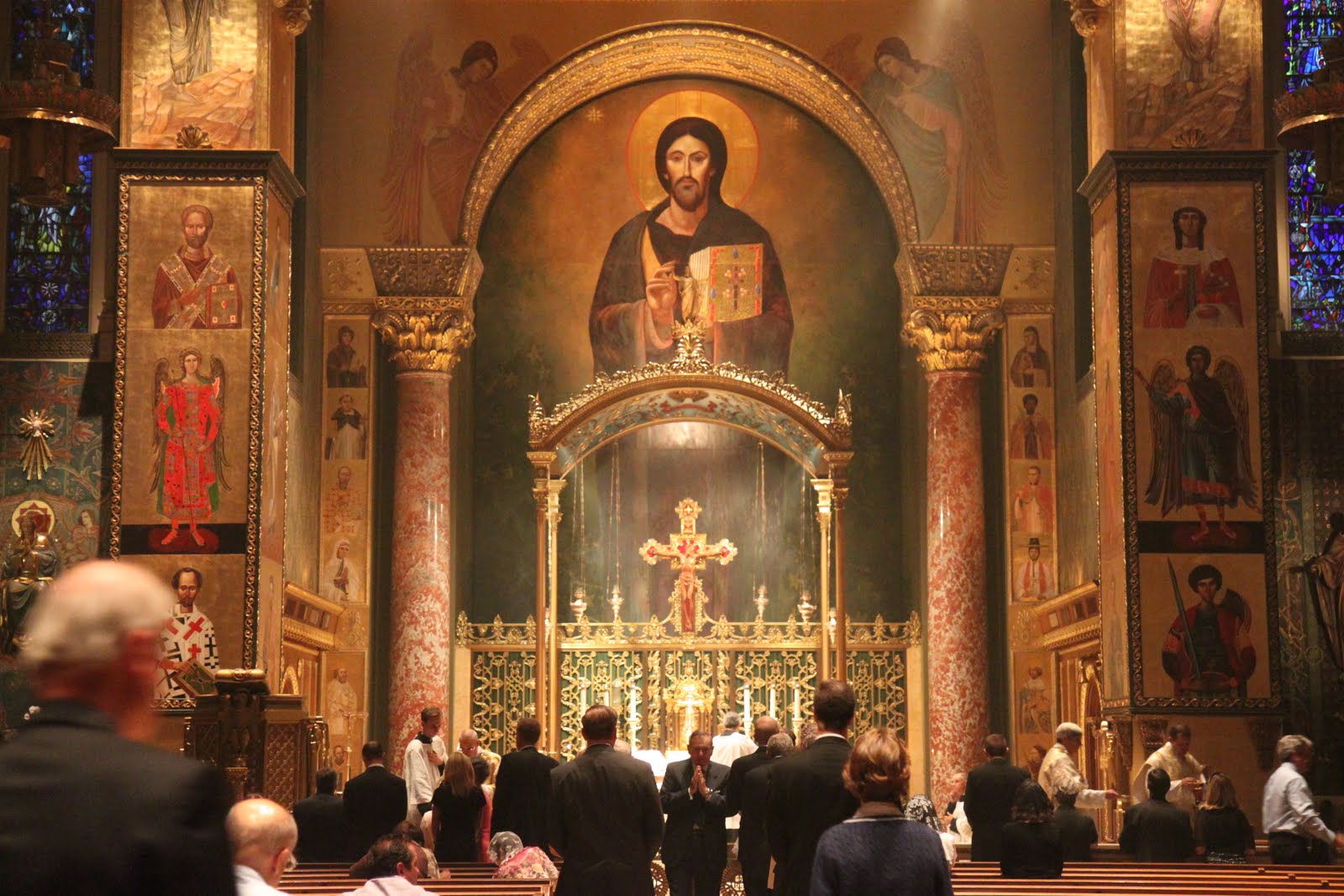 Each Sunday, we pray that God will “heal the divisions of the churches”. The role the icon will play in this, if any, remains to be seen. As more and more Christians of all confessions are exposed to canonical icons, they will also experience the teaching of the Orthodox Church ” in the sense that they represent, manifest, and make visible the same theological vision that the Scriptures, the writings of the Fathers, the decisions of the councils etc. proclaim. [They are]the definition of the Orthodox faith, in words and concepts, through history, the faith that was shared by the two great halves of Christianity before the [Great] Schism.” [2]