George Bilak is a Serbian carver who now lives in the United States.  He carves miniature icons, pectoral crosses, blessing crosses and eggs that will take your breath away.  I can say without hesitating that he has been one of the biggest influences in how I carve miniatures.  My very first miniature commission, of which I have written about in a previous post was done accompanied by a back and forth e-mail conversation between George and I.

What soon becomes apparent in looking at his carvings is the sheer joy in precision seen in the careful rendering of patterns, hair, fingers.  His interpretations are rooted in the highly stylized Athonite wooden miniatures, in fact there is something almost calligraphic about his work.  One of the aspects I most appreciate is how he carves faces, which are done in a truly iconic style rarely found in much icon carving.

As an OAJ exclusive, he sent me pictures of a panagia and cross set he has just finished.

Aside from miniatures, George has also created a monumental iconostasis in which are hidden all kinds of small carved icons depicting traditional and biblical scenes.  He is also an Icon painter, and I find the sculptural element of his carvings reappear in his painted icons. This sculptural aspect can be seen  in the desire to fully render all areas of the image.  In many icons, one finds clothing highlighted very schematically and often simplified. On the other hand, in George’s icons a complex and fully rendered network of folds cover the entire surface of a Saint’s vestment.

In short, it is quite worth it to take a few minutes and admire George Bilak’s work which can be seen on his website. 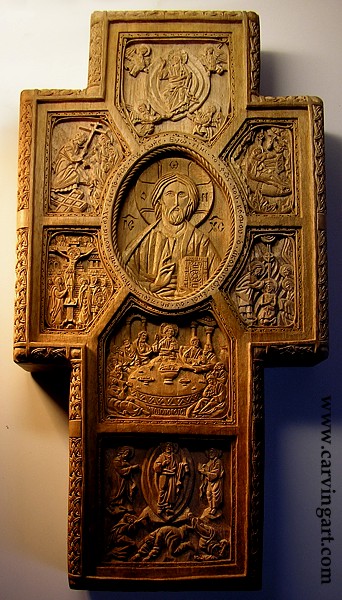 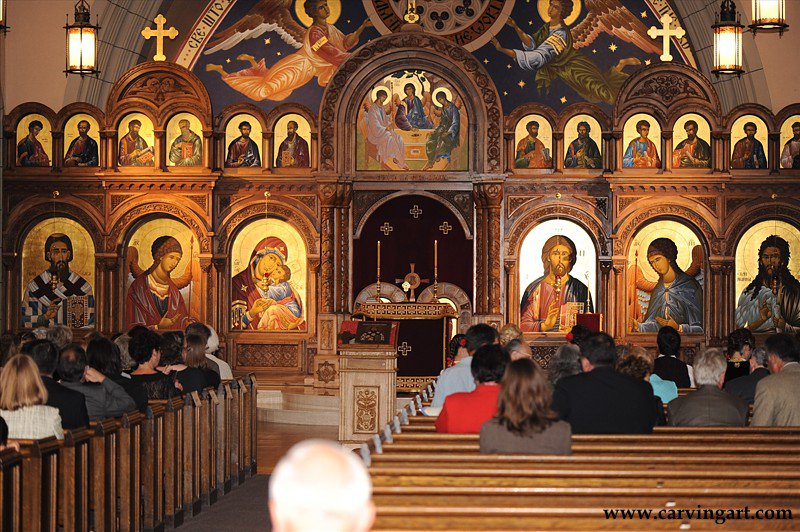 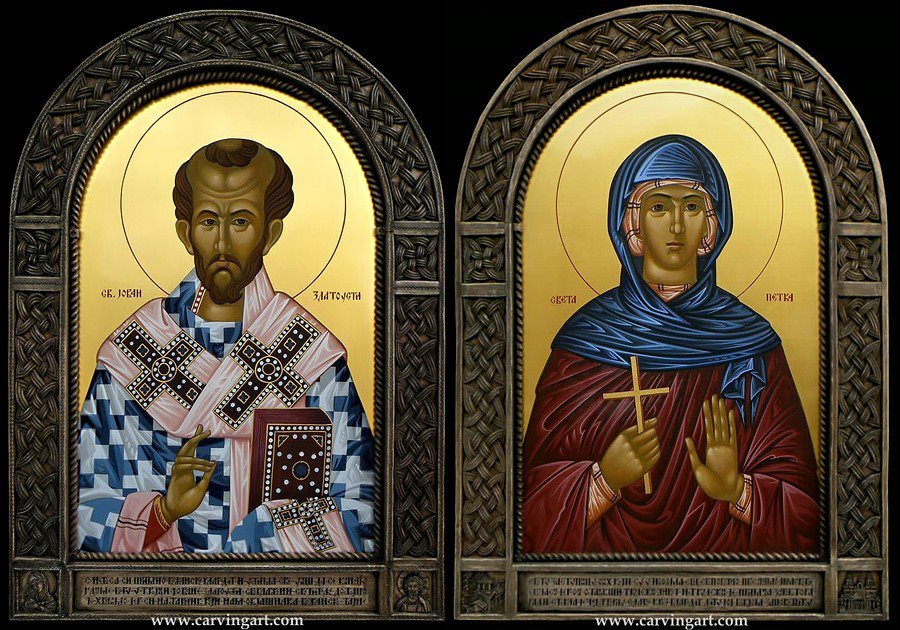