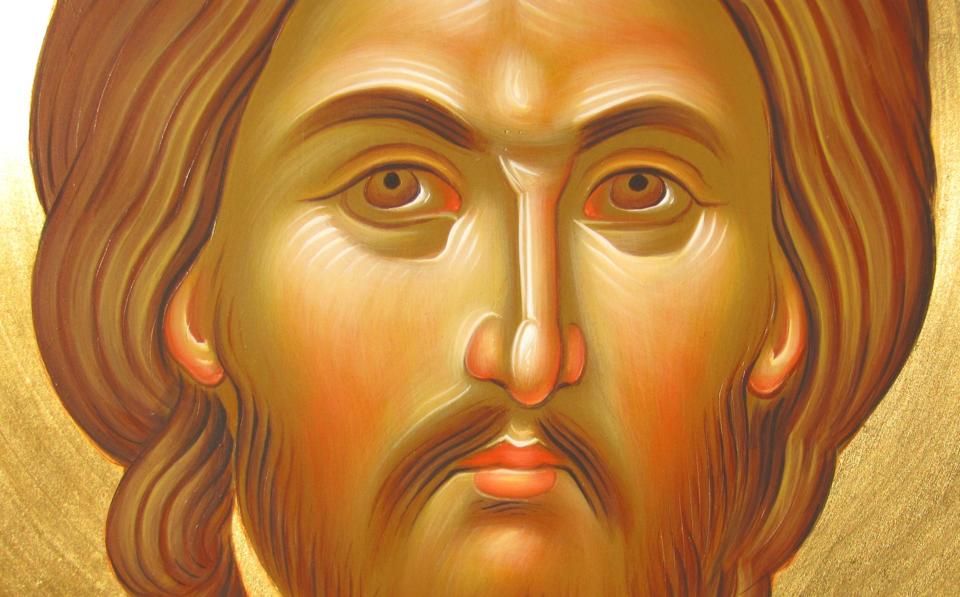 Daniel Neculae is a Romanian iconographer living in Luxembourg.  He has a BA in Byzantine iconography from Bucharest University.  He is going to show some of his icons in London, at the Sacred Space Gallery  from March 11 to April 04 and so it seemed like a good opportunity to feature his icons here.

Upon looking at many of his pieces, we can almost deduce how he found a large part of his inspiration upon visiting Athos and seeing the 13th-14th century frescoes of Manuel Panselinos.  This influence appears strongly in his work, most prominetntly on first glance by the pinskish tinge used on the cheeks of his figures. Added to the  obvious Greek influence one senses that his icons also have the sobriety and calm of Russian iconography within them, which is why I found it perfect when I noticed Daniel describing one of his works as being between Panselinos and Rublev. Daniel’s icons show a deep mastery of line, colour, composition and stroke, his icons have a rich light and modelling with a strong caligraphic brush line in the dark and light detail.  But most of all what impresses the viewer is the eyes, the expressions he is able to capture, all at once hieratic and human,  other-worldly but natural.   It is difficult to grasp the reason for this effect.  Maybe this effect is due to light.  He uses his reds very effectively creating a warmth like burning embers glowing through the skin.

So if you are in London in the next few weeks, make sure to see his icons at the Sacred Arts Gallery. 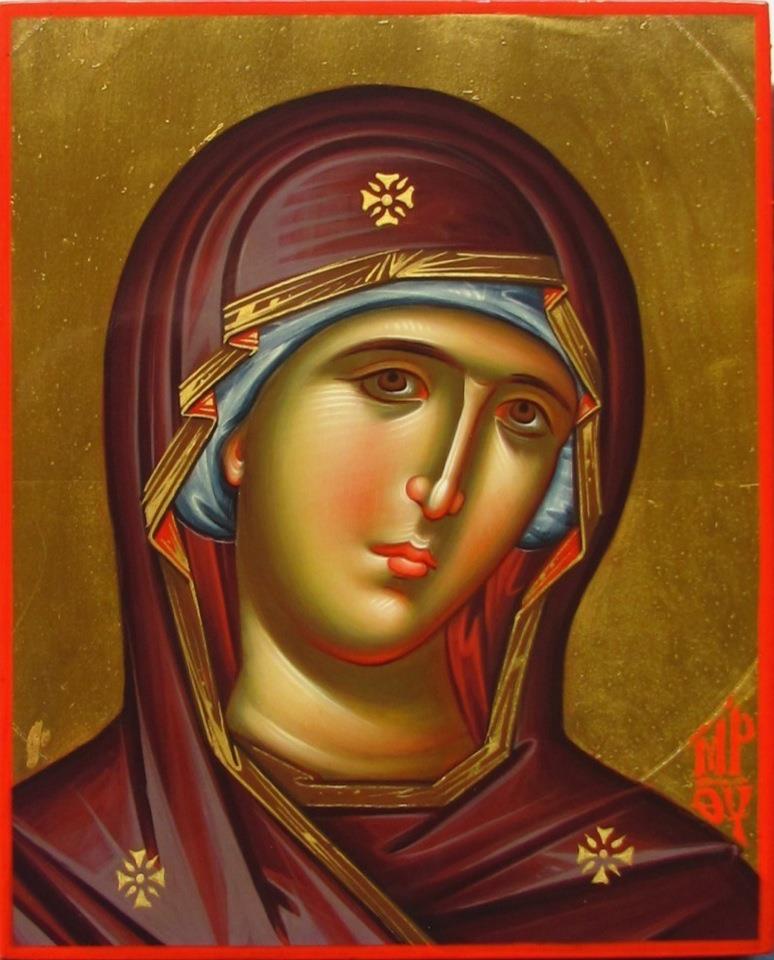 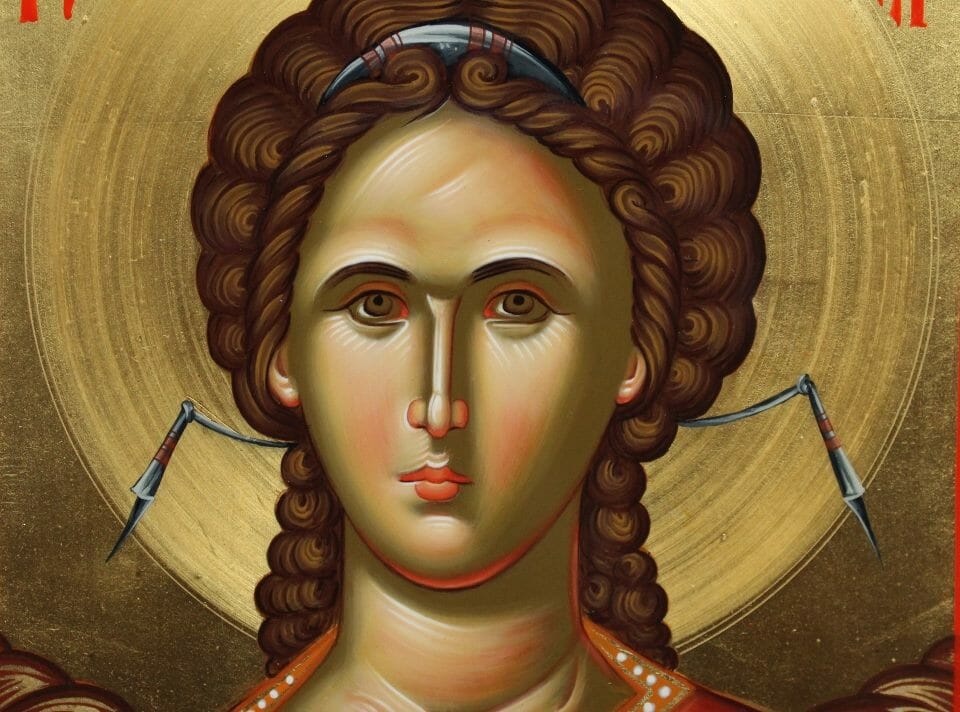 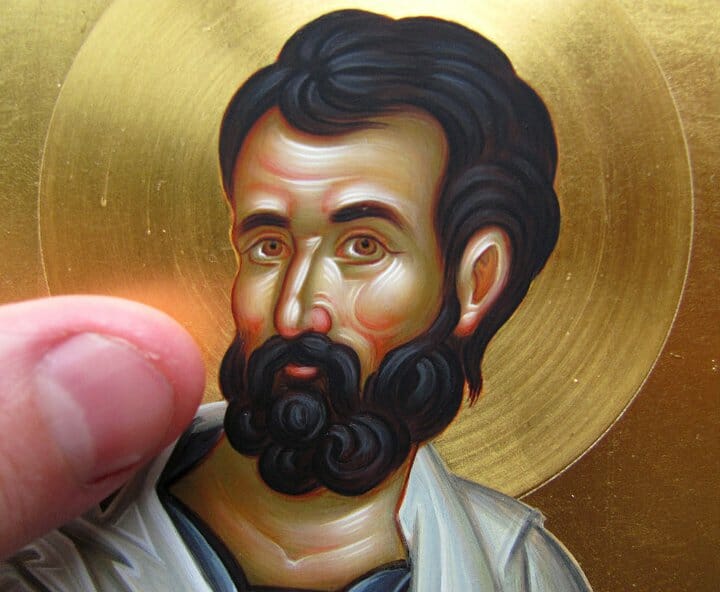 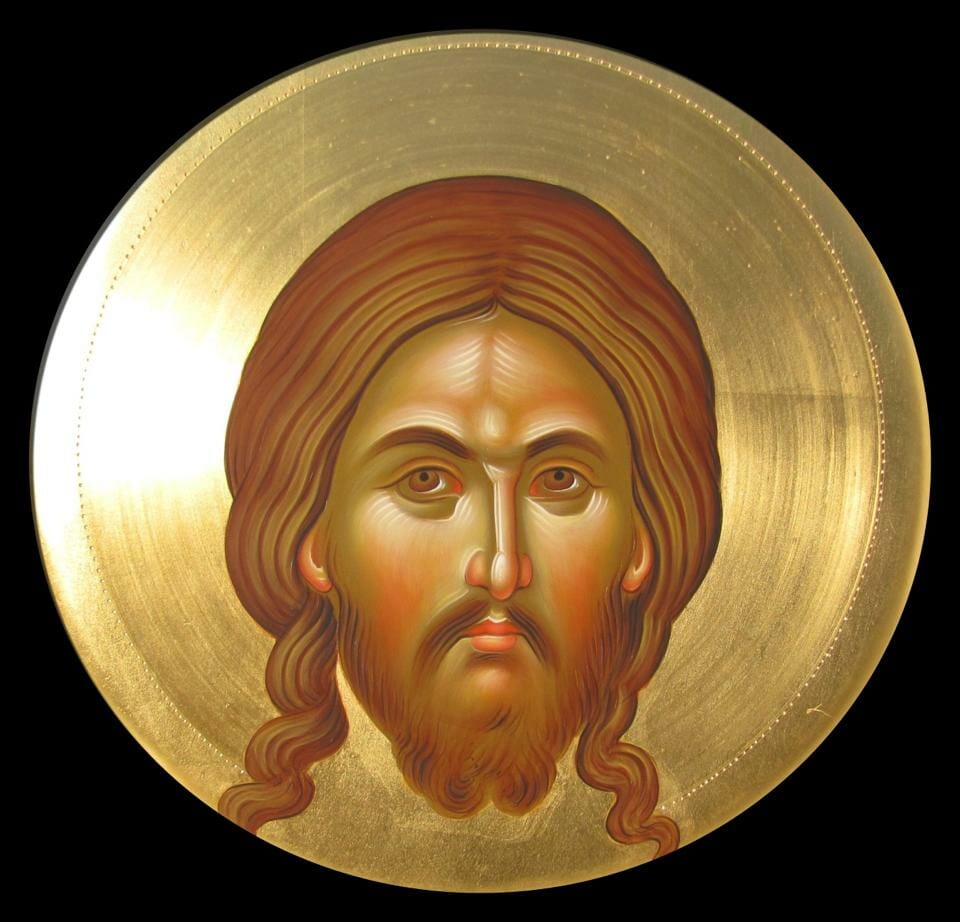