The Background Color of an Icon

This text is a resume of a conference-slideshow presented at a meeting of the Saint John of Damascus Association, June 15, 1996 and published in the Sacred Art Journal 17, 2, (summer) 1996. 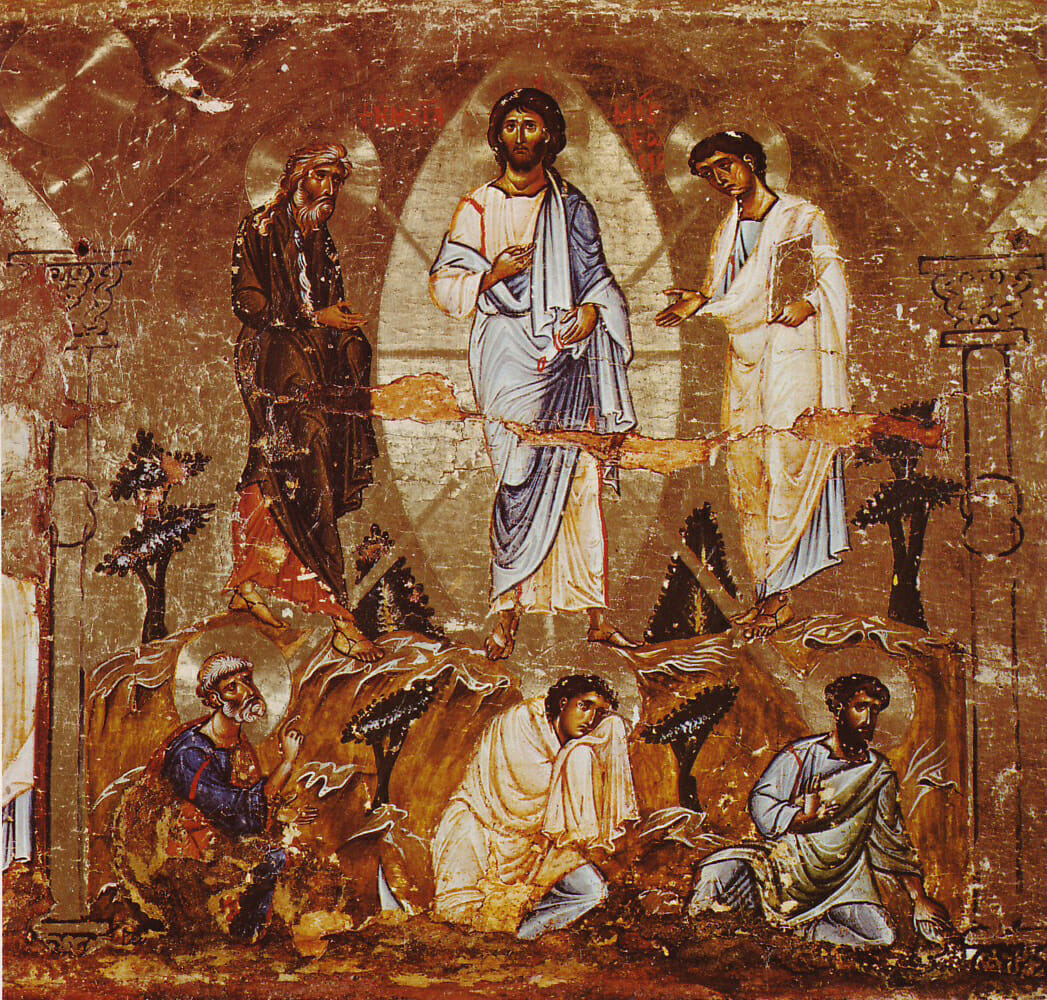 Thesis: The background of an icon should be either golden or of a light color.

At the beginning of the slideshow, the author showed four images with a very dark background, almost black, and asked the following questions:

What do you think of these icons? Do they make you uneasy? Is there a problem?

They share a common element. Which one? Their background is of a very dark color, almost black. Even if the background color is in fact a very deep blue, we have the impression that it is very dark, obscure; it gives the impression of night. I know, as you do, that there are many frescoes and icons that have a very dark background, but for a long time now I have been disturbed by the dark-colored backgrounds; so I take advantage of this opportunity to discuss it with you.

What follows is the result of my reflection—my opinion if you will—but I would like to believe it is motivated by a reasoned theology of the icon, inspired by the iconology of the Church and by the best icons that have come to us through history. My reflection is founded on five points.

After the slideshow, there was a discussion on the subject. What follows is a resume of the opinions offered in response to the slideshow.

Many suggested that a dark blue is acceptable for several reasons. Blue is the favored color in certain icons because it is mystical, noble, practical and cultural; it permits also to contrast the background with the figures.

The color called “mystical blue” in several Greek books on iconography–-amongst others the book Ekphrasis by Photios Kontoglou—is a blue that tends towards a dark green. Kontoglou talks about this dark blue that he calls “mystical” by citing the same Dionysus the Aeropagite cited by Father Steven when he spoke of green. Kontoglou adds that this dark color represents the heavenly mystery, in an apophatic way: the glory of Heaven cannot be represented in all its radiance by the colors of an icon. Therefore it is permitted to use a “mystical” blue in the background.

Gold, as a noble material, is perfectly appropriate to abstractly represent the royal glory of the Divine. Similarly, a rich deep blue, from an apophatic point of view, is appropriate to represent glory, like a brilliant saturated red preferred by certain Russian iconographic schools. This red–easier to understand as an expression of strong luminosity—is derived from cinnabar, a precious material; it is comparable to blue and gold because blue was a product of a precious material, in this case lapis-lazuli, that is a blue of a precious stone found in what we now call Afghanistan. Lapis-lazuli and cinnabar, from which red is produced by pulverisation, are more or less equivalent to gold because they are noble, precious, and very expensive materials.

Gold, beyond its capacity to reflect light, can adequately symbolise light. But gold had a reputation of being a “dark” color during the Renaissance when artists, such as Bernini wrote manuals for artists.

We can mention a practical consideration in favor of a dark background color: especially for frescoes where carbon from incense, lamps and candles accumulates. This suit will eventually darken the walls with a thick layer. To prevent this, when planning to paint frescoes, it is  preferable to paint the walls a dark blue in order to minimise the inevitable darkening and to avoid the wrong relation of color that may unbalance the visual dynamics of the composition.

Culturally, the Greeks preferred blue as Russians preferred red. Krasny–red in Russian–can signify brilliant or beautiful. The desired ambiguity, brought about by the different meanings of the word red, can be seen in expressions such as Red Square, the luminous corner and the pascha kranaya. In certain Russian churches during the paschal season, the faithful use red candles. Nonetheless, it is only a cultural consideration because red is not more phosphorescent than the blue.

Artists use a technique to enhance color, to make it more brilliant, by painting the background in a dark color. This technique accentuates contrast. The Transfiguration is a good example of an icon that accentuates light. By having a dark blue background to maximize the brilliance of the Lord’s white clothing, we obtain an effect similar to showing diamonds on black velvet.

Despite all these responses offered to oppose the thesis presented, Father Steven is right in noting that the usual psychological effect of dark colors is not to evoke joy or spiritual exaltation or to create luminosity.

At a certain moment during the slideshow[1] Father Steven said that he wanted to be “bowled over” by the radiance of light in an icon of the Transfiguration, just as the apostles were as they are seen on the icon. Having a thirst for the good things of the Kingdom is a noble sentiment, but, according to one participant, icons do not call upon our passions; they should not fascinate the senses. The purpose of an icon is not to express the psychological but the spiritual. Icons invite us to contemplate the sublime rather than to get lost in intellectual hypothesis—or God forbid!–to reveal the sensual.

End of the resume for the conference.

Conclusion: Final comment from the author. Despite the diversity of points of view expressed in the discussion, I still maintain that a black or very dark background of an icon does not evoke the joy of the Kingdom of God, but rather a dark and menacing cloud that floats over the person or event being represented[2] The Uncreated Light that penetrates from behind and through the people or things represented in an icon makes them shine and is preferably symbolised by gold, by a golden color or by another color that produces the same luminous effect.

[1]          A video camera did not capture this moment of the presentation. And so it is this commentary during the question period that brings out Father Steven’s expression.

[2]          I cannot help think of the scene in the movie Independance Day where the shadow of the alien spaceship advances on the White House to blow it up.