The Carved Icons of Elena and Sergio Nikolenko

I was recently made aware of two wonderful Russian carvers named Elena and Sergio Nikolenko.  Their work is quite impressive, using ornament with spectacular precision.  Their stylisation of faces ranges from the more iconic to more realistic features depending on pieces. The couple work on their icons together, with Elena being the designer and the one who carves the faces, while Sergio carves the ground and ornamental work. .  Interestingly enough, Sergio is also a hand to hand combat instructor! 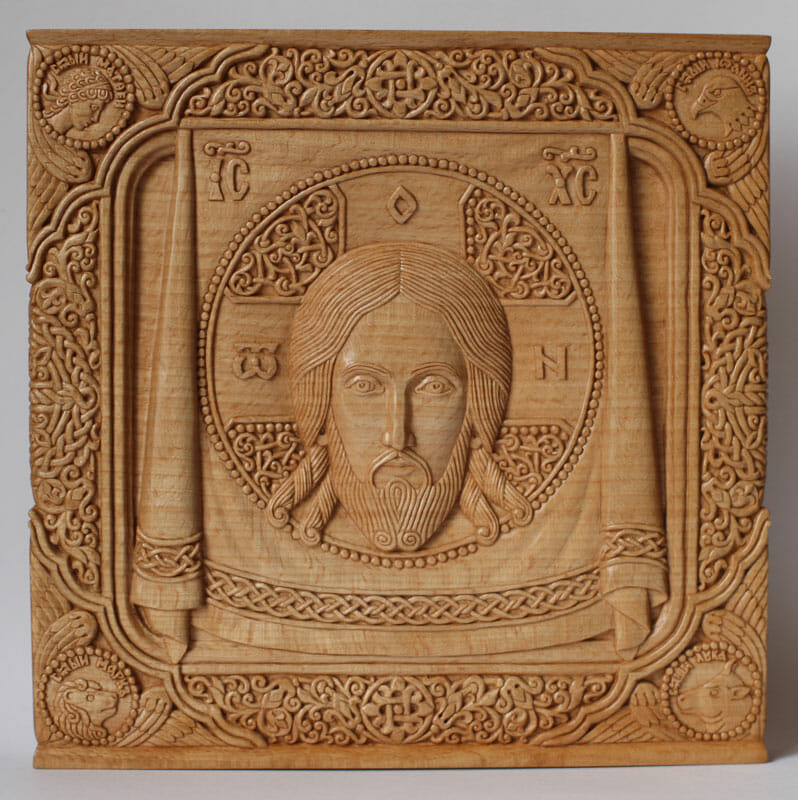 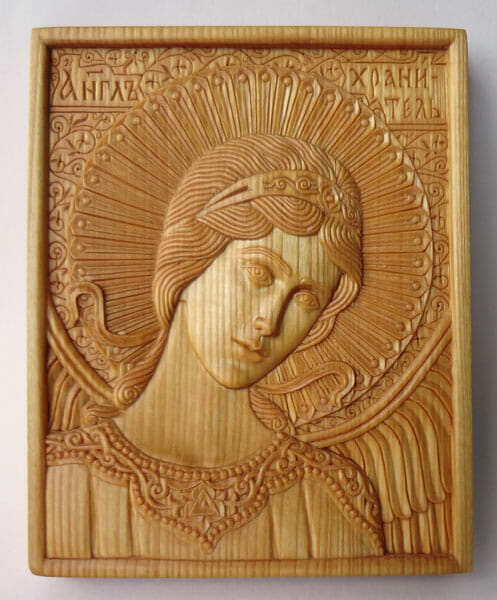 Guardian Angel. 10.7 x 13.3. 1.5 cm; linden wood, natural linen oil varnish, 2001. Although the hair is very stylised, the face, especially the nose and the mouth are more rounded and formed according to realism.

Their finishing methods are very surprising, sometimes including the total saturation of the wood in linen or copal oil to create an amber like translucence. 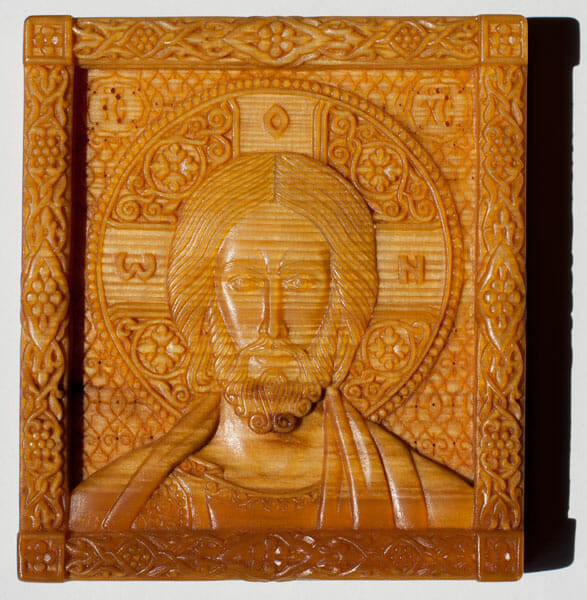 The natural affinities of colour and finish has brought them to include small amber, carnelian and garnet cabochons into some of the carvings, creating a beautiful complementary relationship. 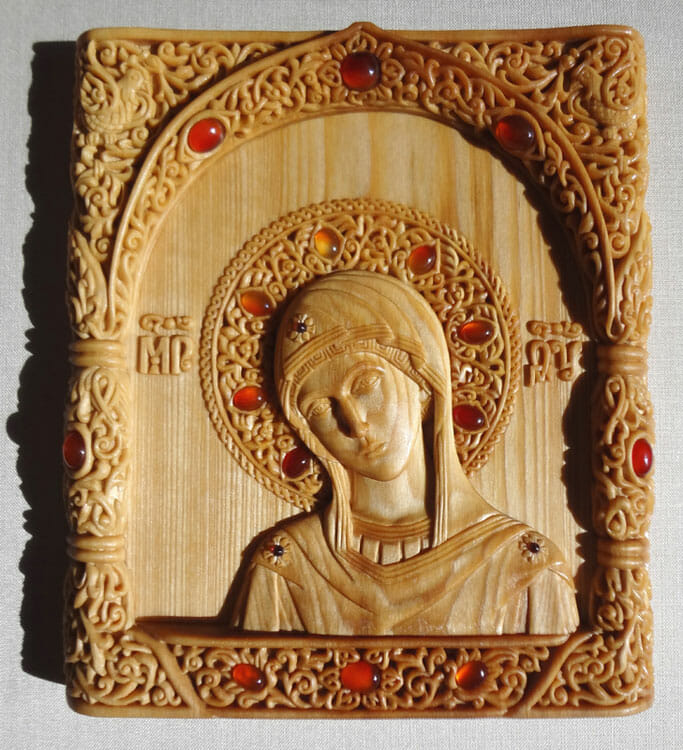 Their website is a treasure trove of information on the Russian carved icon, linking out to many interesting sources, such as a permanent collection of carved icons from the 14-18th century in Moscow’s Church of the Deposition of the Robe.

They also put up a video posted here below, which was made for Russian television on carved icons which features both the Nikolenko couple, but also the Azbuhanov couple whom I have featured on OAJ before. 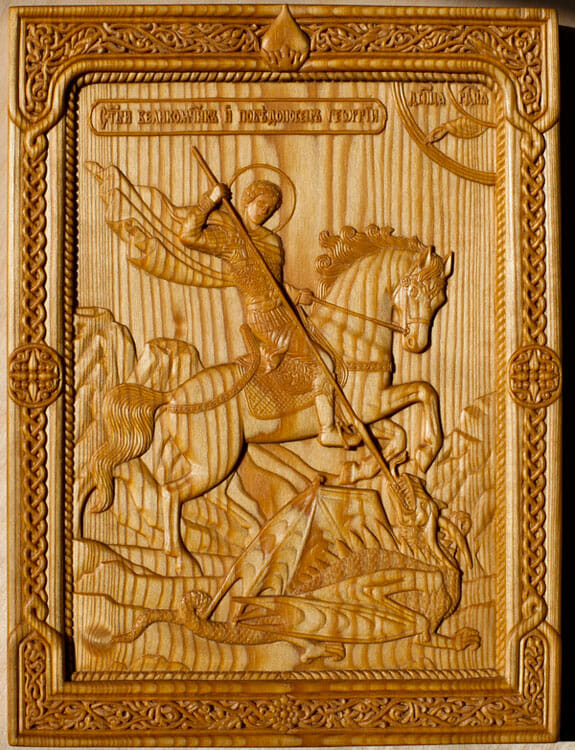 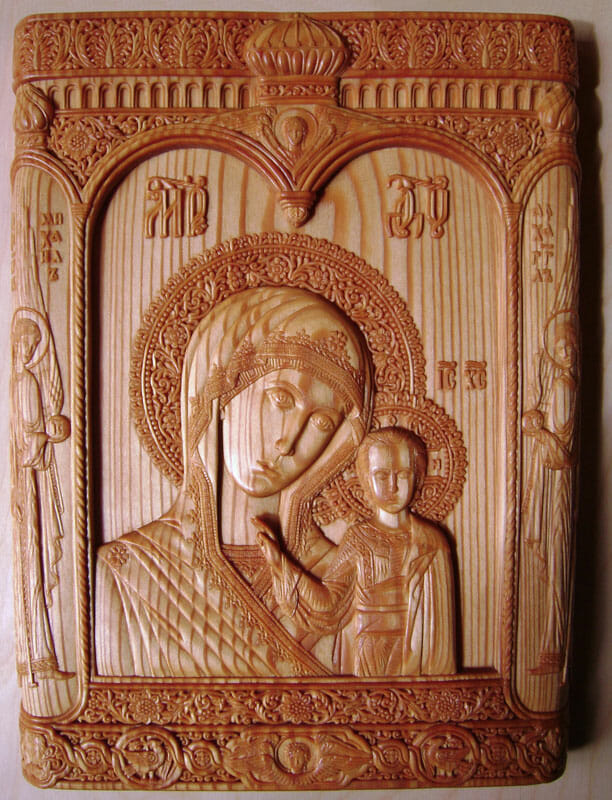 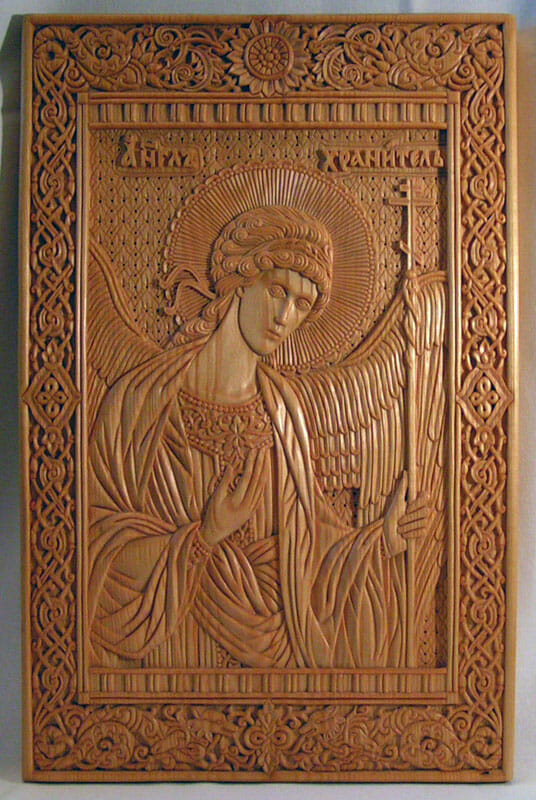