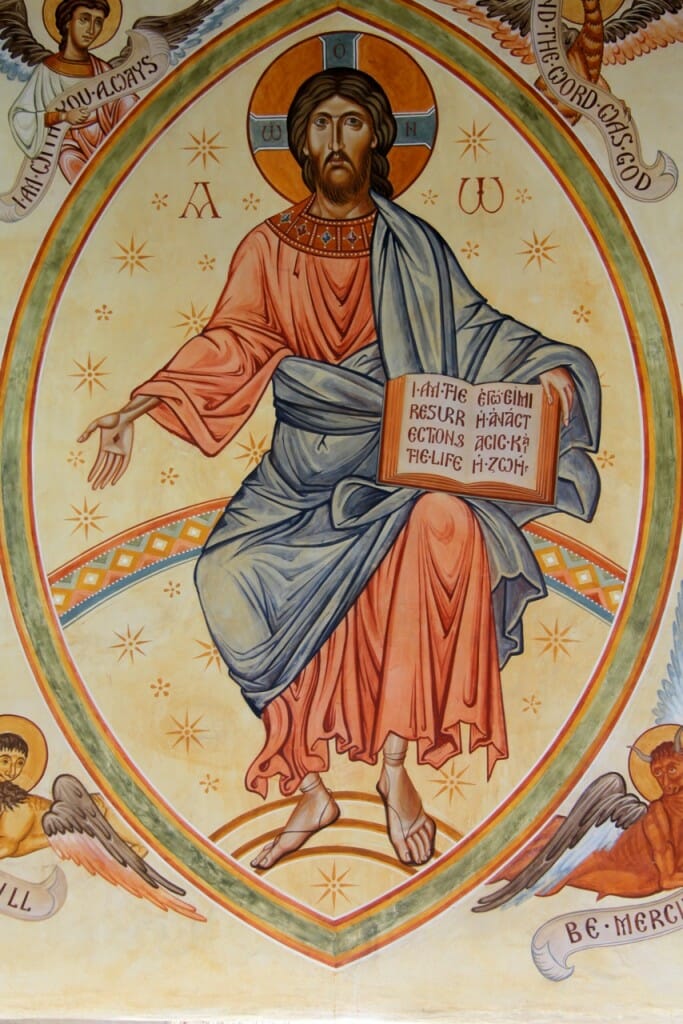 In August I completed a wall painting on the east wall of my medieval parish church, The Greek Orthodox Church of the Holy Fathers, Shrewsbury, England. On some of the other walls there already exist simple medieval wall paintings, dating from around 1380 A.D., but the east wall was newly plastered during recent restoration work and was therefore free for a new painting.

The image depicts Christ in glory, flanked by two six winged cherubim and surrounded by the four living creatures who represent the four Evangelists. The Biblical inspiration for such depictions are the visions recorded in Isaiah 6:1-7, Ezekiel 1:4-12, and Revelation 4:6-8.

Stylistically the secco is a union of Romanesque and Byzantine influences. The overall scheme of Christ in a mandorla with the four living creatures is a theme commonly depicted in Romanesque wall paintings in France and Spain. More specifically, I adapted the four living creatures from the Bury St Edmunds Bible (created about 1135 A.D.), and Christ’s tunic from the stained glass windows in Canterbury Cathedral (1180-1207 A.D.).

The painting measures 6 metres by 3 metres (10 feet x 20 feet), and was begun as fresco (that is, on wet lime plaster) and completed in secco (on dry plaster). The medium used in both the fresco and secco phases was egg yolk and limewater. Recent analysis has shown that this was the technique and medium used in the famous paintings by Manuel Panselinos in the Protaton church, Mount Athos. Having mentioned this recent discovery in my book “Techniques of Icon and Wall Painting”, and experimented with it on small panels, I was keen to see how it worked on a larger scale. The lime water and egg seem to make a very robust chemical bond. I was very pleased how the secco stages united aesthetically with the fresco stages; helped by the use of natural earth pigments, the secco painted regions look translucent and integral with the wall.

In a simple rectangular church with a hipped roof such as this, the focal point is the east wall. There are no appropriate places to depict Christ in the ceiling, and this is why on the east wall in such “basilican” churches the central figure is usually Christ rather than the Mother of God. 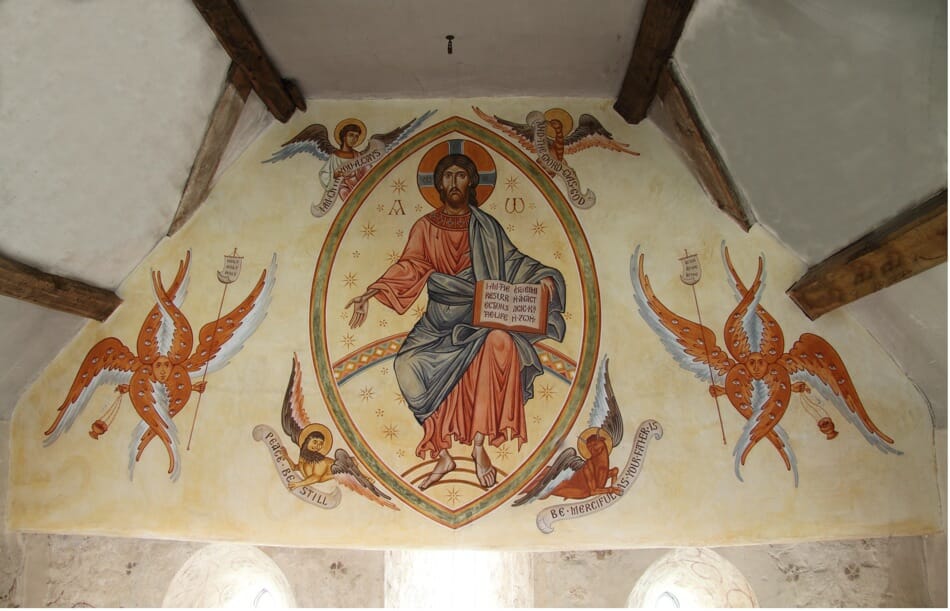 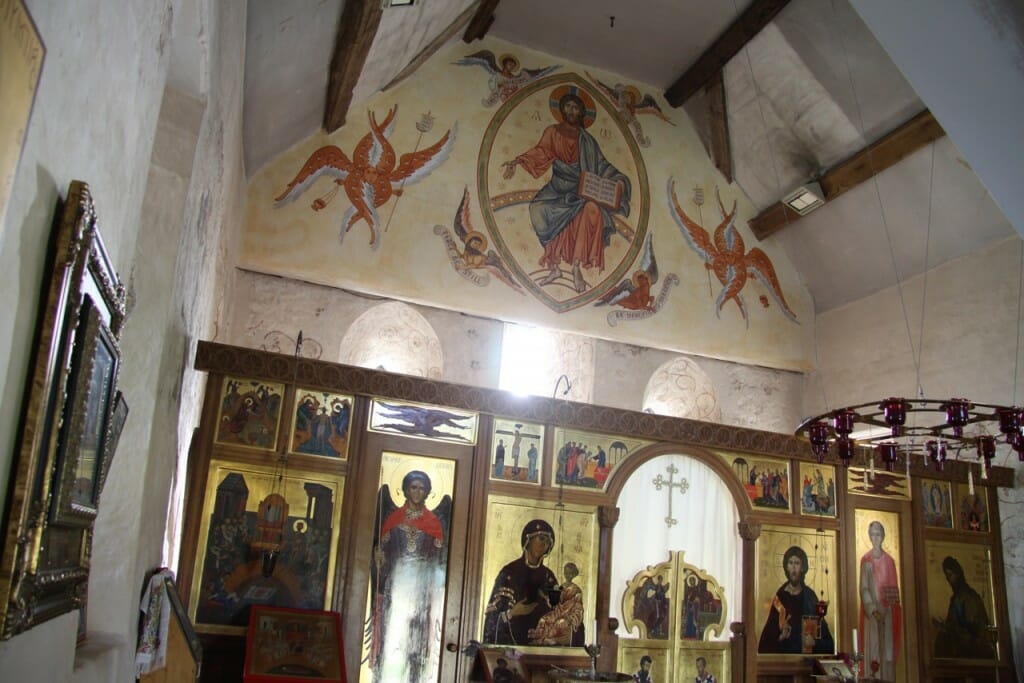 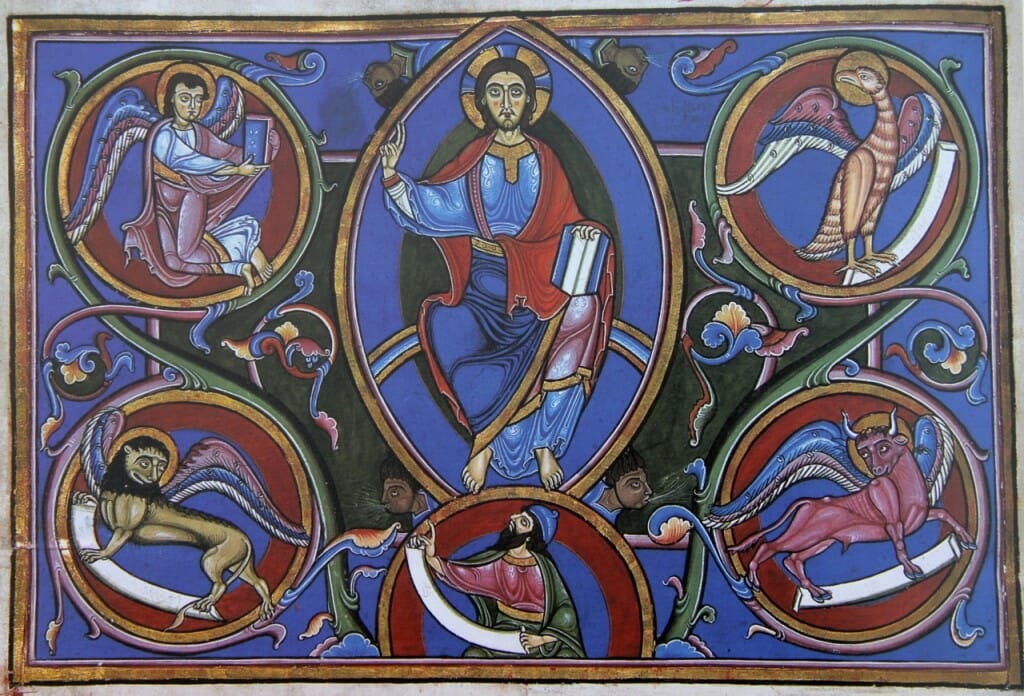 Christ in Glory from a Western manuscript 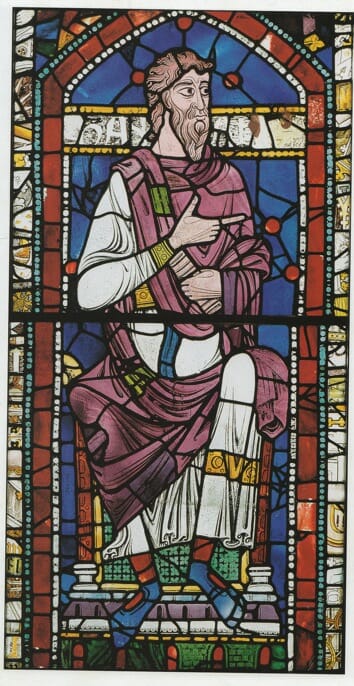 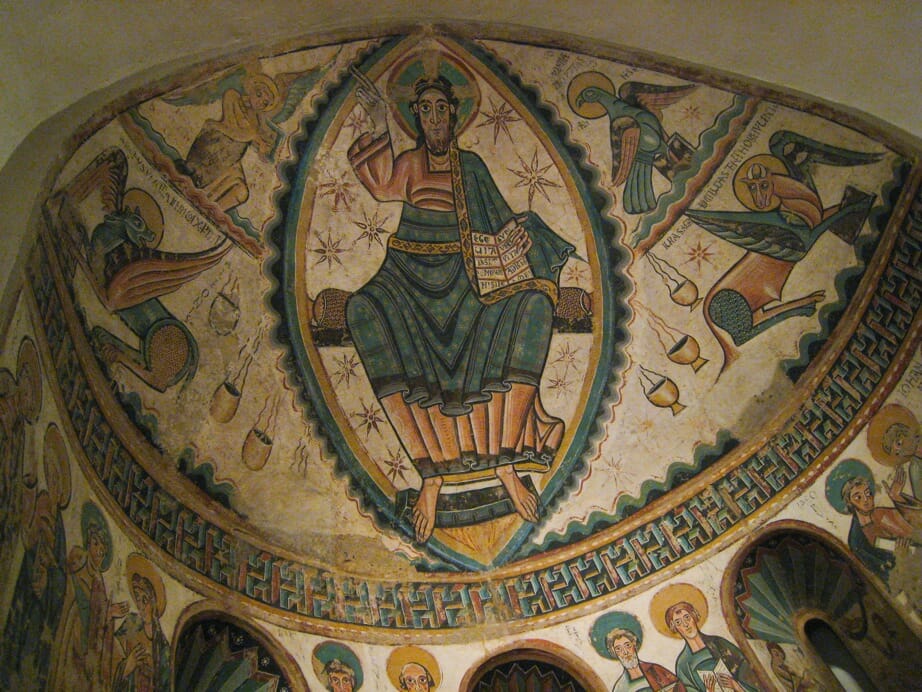