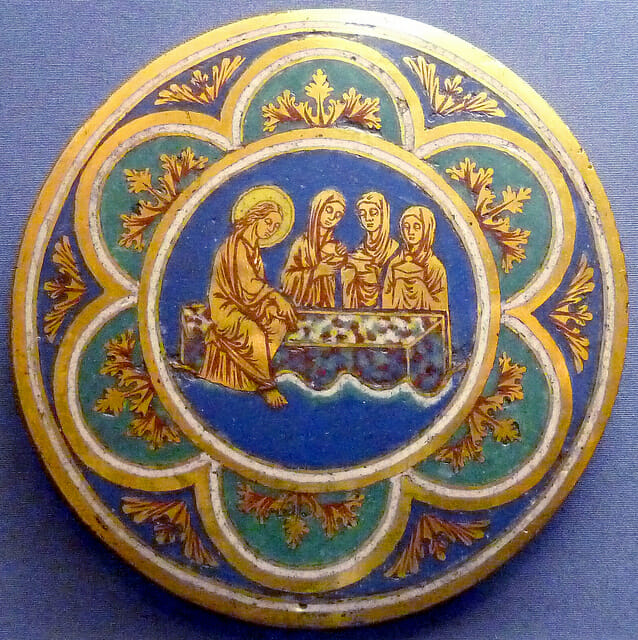 Cloisonné Enamel of the Myrrh Bearing Women from the Catalonia Museum

A few weeks ago, I posted a short piece on the Catalonia Museum and some beautiful icons, frescoes and objects that show the amazing unity between Orthodox Art and early medieval Western art.

Petrus Agricola, on his Flickr stream has just posted many images (about 150), enamels, ivories and other objects form the Schnütgen Museum in Cologne, a museum dedicated exclusively to Medieval art. 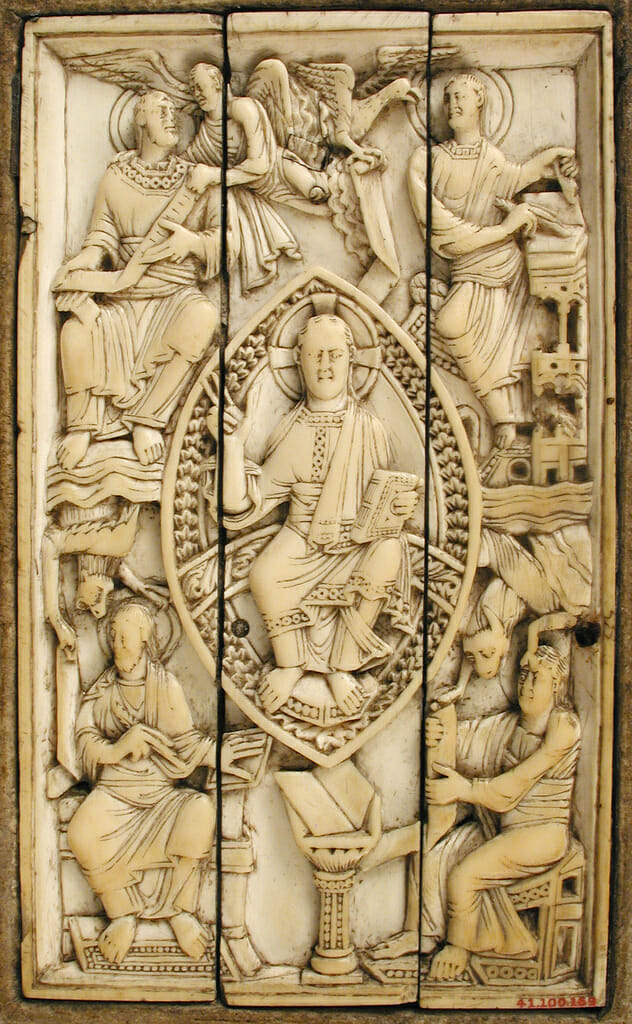 Petrus Agricola is a retired Biochemist from Germany who loves art.  The reason I point out his stream is not just to call attention to these recent pictures, but his Flickr stream boasts almost 12,000 pictures of publication quality from European museums of classical to modern art.  Recently he has been posting many medieval images, a large quantity of which do not appear in the usual publications on the subject.

He put up a whole series on the beardless Christ, which I was surprised to see examples of even in the 11th century!  He also did a series on Sol and Luna (sun and moon), tracing their origin in Pagan art to finally being symbolically represented as figures at the crucifixion.

For the student of traditional art, this is quite a treasure trove. 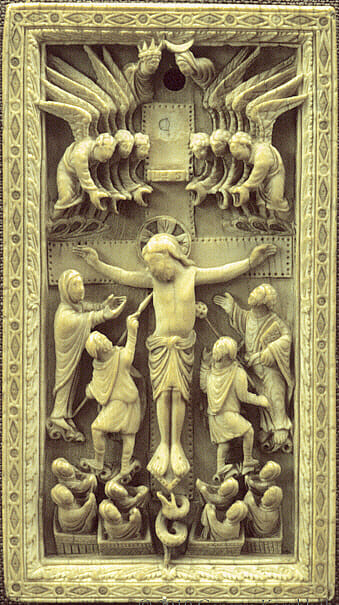 Crucifixion from Reims, where we see Sol and Luna looking down on the scene. 9th century ivory.