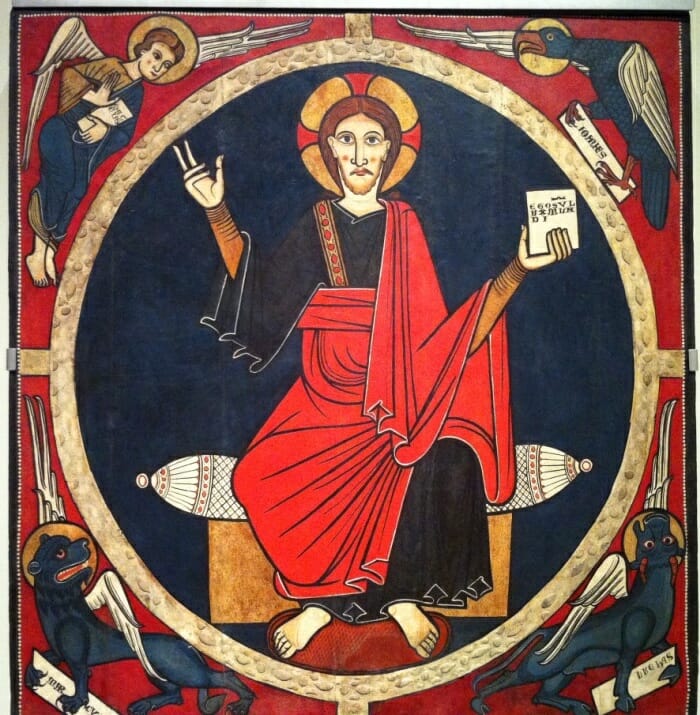 The utmost french speaking resource website for Orthodoxy, www.orthodoxie.com, has a very beautiful Flickr stream of the National Museum of Catalonia.  It is an amazing showcase of Western icons, liturgical objects, frescoes and furniture from the Early Middle Ages.

When looking at the images, what strikes me the most is the boldness in color bringing about a graphic flatness and the very stylized use of line.  Although this is quite early in Western Art, one is often surprised to find things which would be difficult to find in Eastern Art at these same dates.  Notice for example in the following image, how the four beasts surround an image of the Virgin and Child. 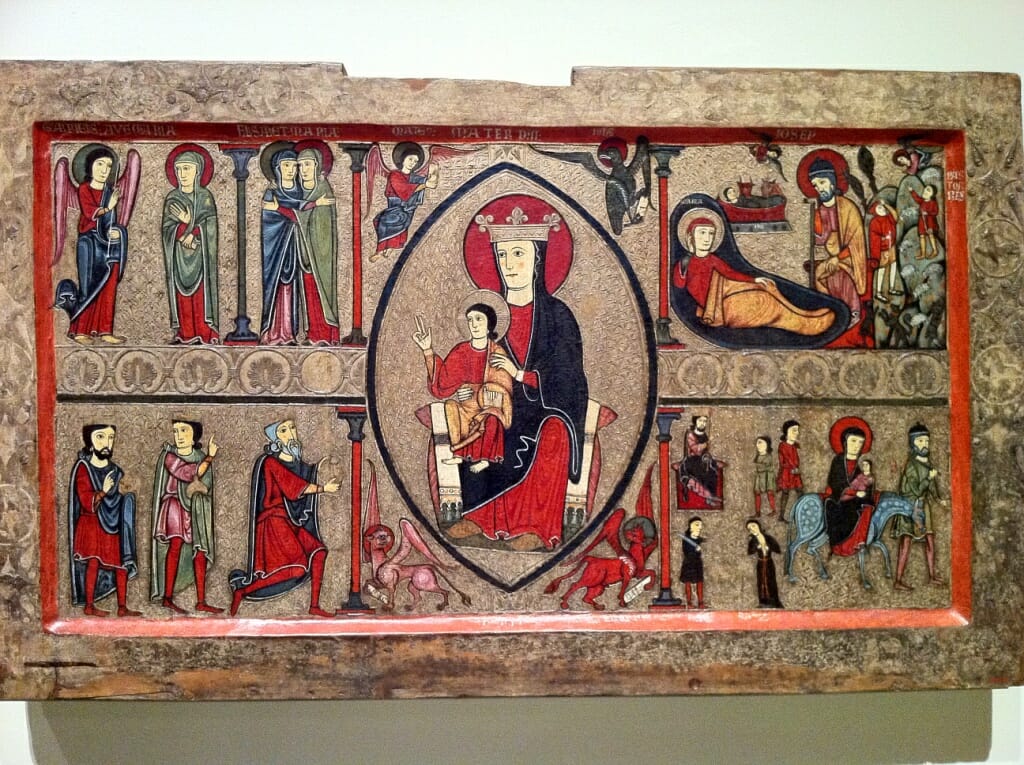 There are many preserved apses, which have the Pantocrator surrounded by Saints and Angels.    One of the details which I find particularly meaningful in bringing out the ontological nature of Church iconological programs is an image of a seraph touching the lips of the Prophet Isaiah with a burning coal.   I don’t think I have ever seen this in Eastern Programs, although I would be happy if someone would correct me with an example.  In this image we also see a beautiful example of how Latin contraction can be used, with the SCS, SCS, SCS representing the Trisagion. 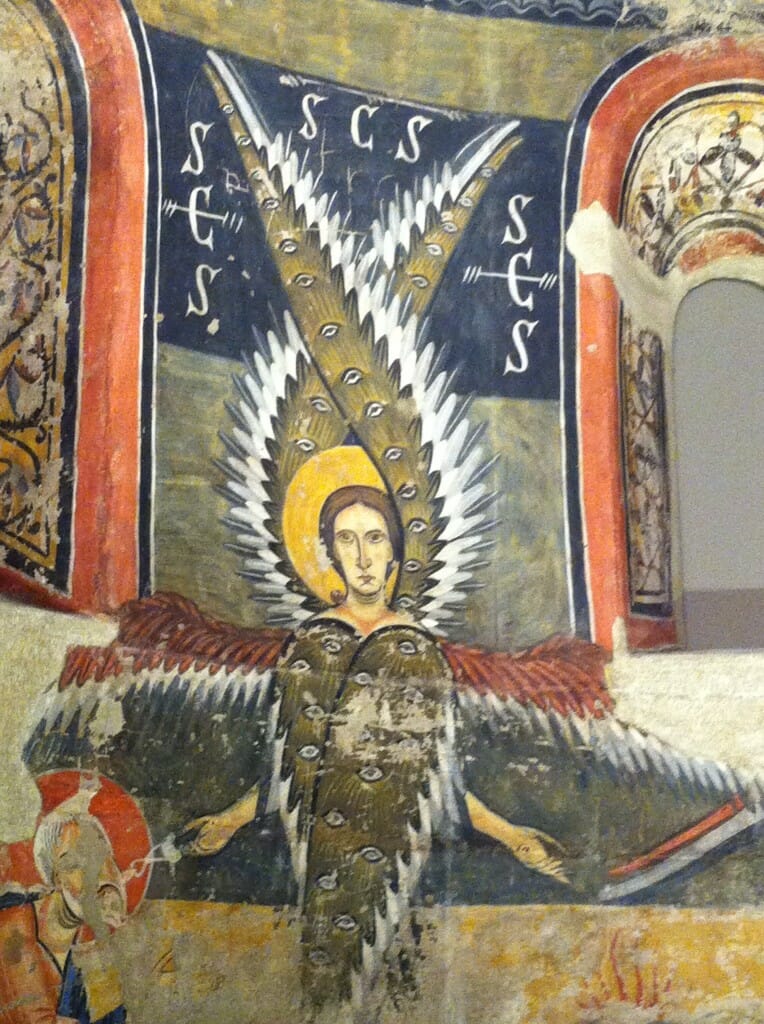 Seraph touching Isaiah’s lips with a burning coal, notice also the eyes inside the hands

Another of the details which is remarkable is the extensive use of the Agnus Dei images, a subject highly related to early differences in theology between the Eastern and Western Church.  I hope to discuss this in a further article.   All in all, the album is quite worth the detour and so I leave you with a few more pictures. 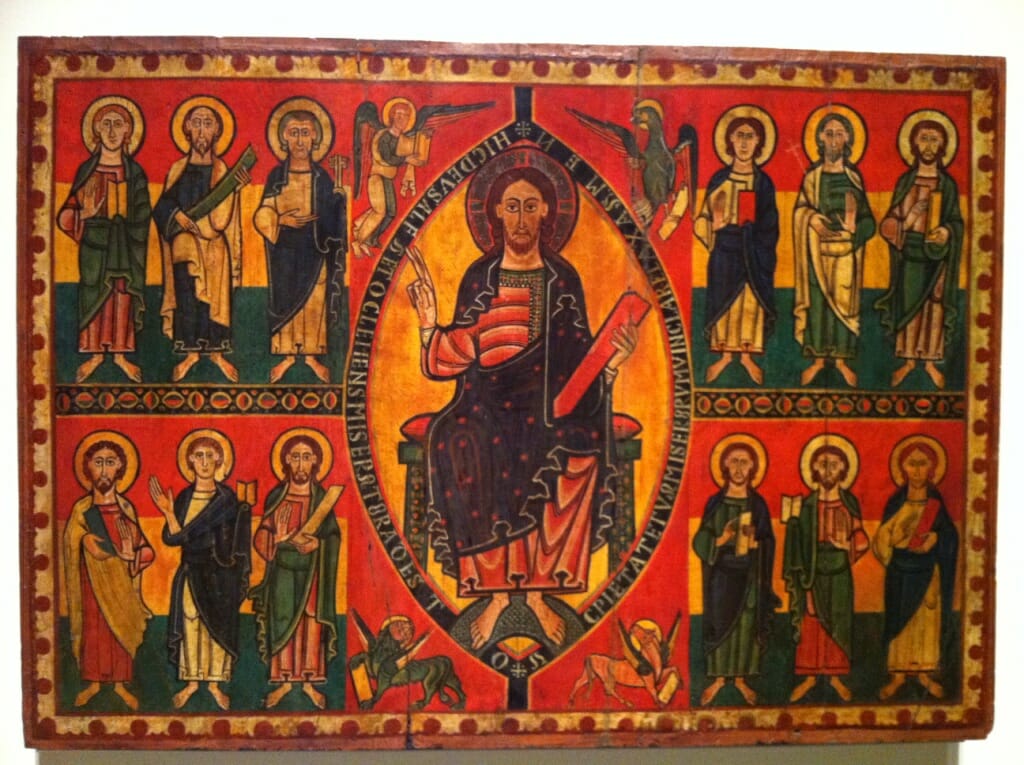 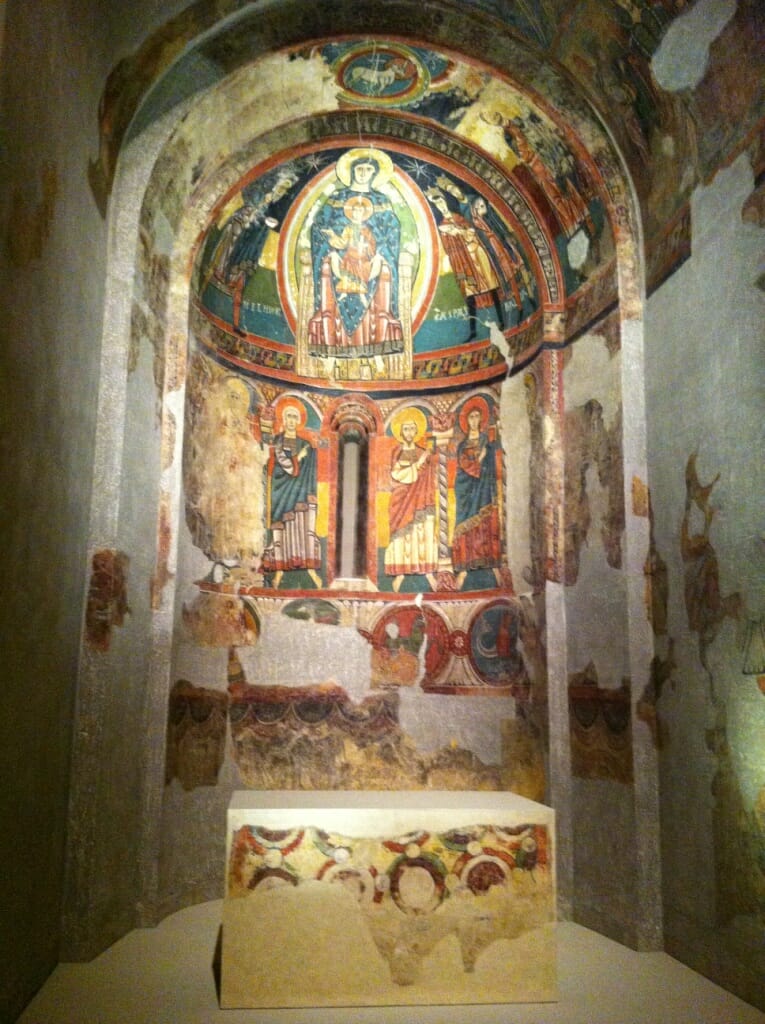 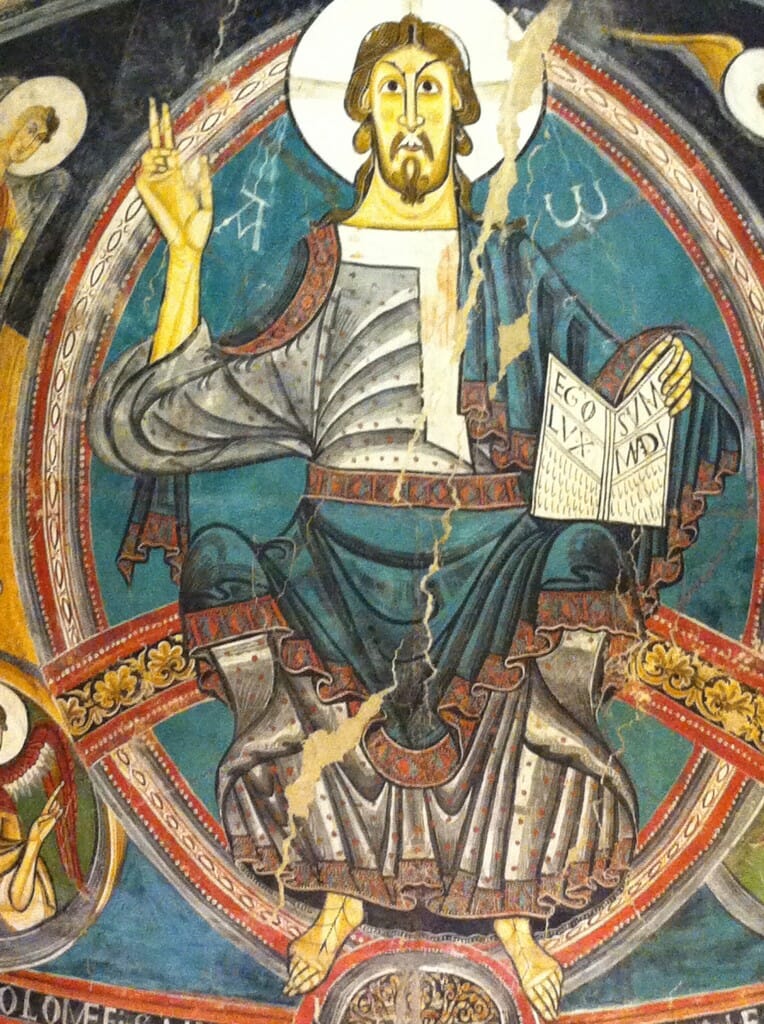 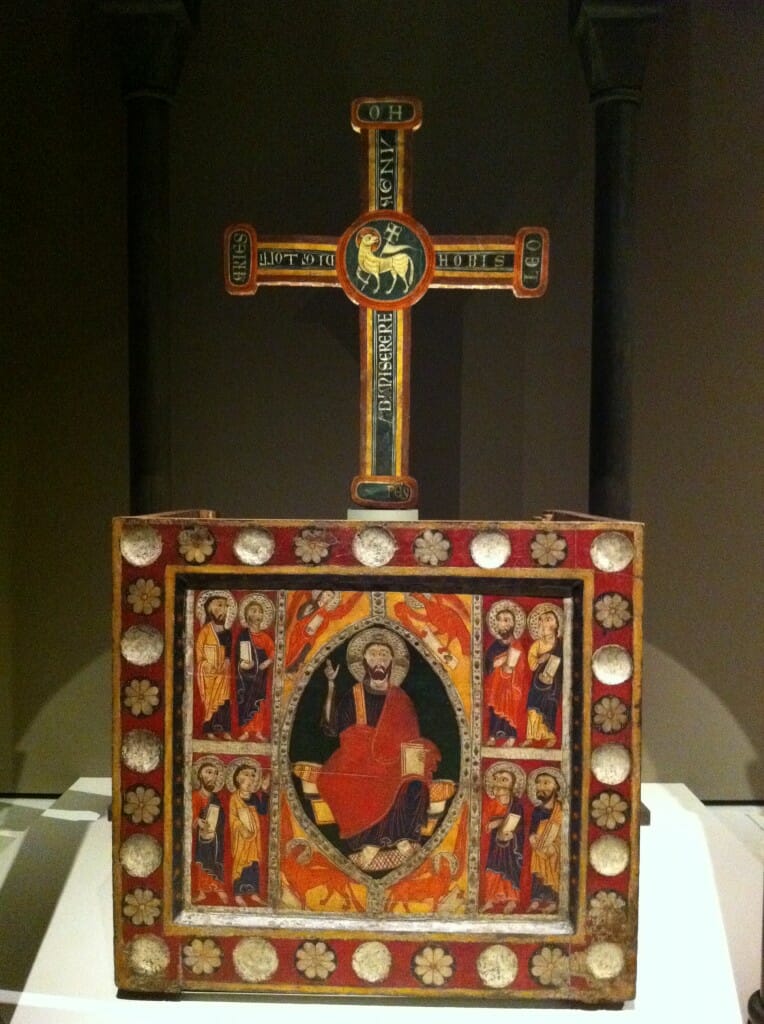 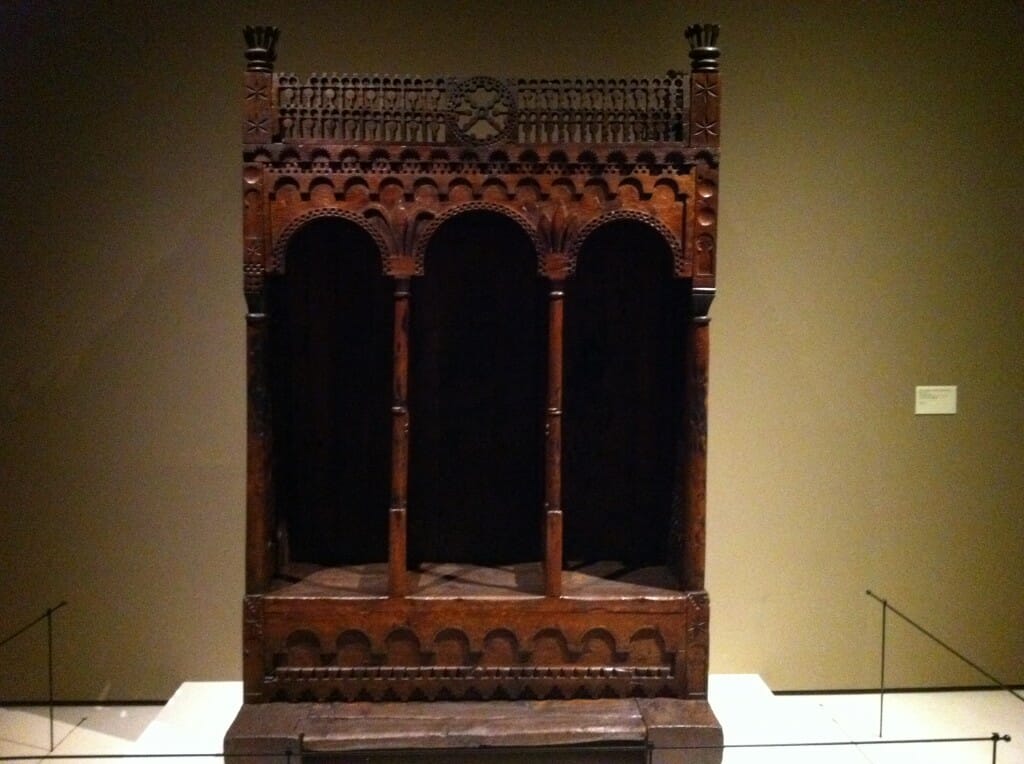