LIVING TRADITION: Icons for the Liturgical Year by Davydov & Shalamova 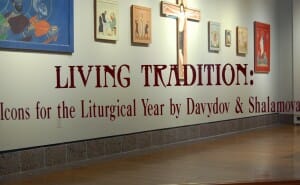 The Dadian Gallery sparkles with 35 lovingly-created icons that have been transported from Russia to Washington, DC. The practice of representing holy beings on a flat panel, functioning as instruments of instruction, veneration, or worship, has existed since early Christian times as far back as the 2nd century.

The couple has produced more than 200 icons, which reflect centuries-old theological vocabulary and requisite mastery of the ancient, laborious egg tempera painting technique. Yet the artworks of Davydov and Shalamova are not merely a reiteration of standardized types; they succeed in effectively translating a visual language so that it is eloquently comprehensible to contemporary viewers. By turns narrative or ministerial, subtle or abstract, painterly or graphic, each icon is a unique undertaking, a specific realization. The presence of these modern icons in the gallery provides viewers with the opportunity to select and connect with a single, solitary image that may become a powerful conduit for an individual encounter with the face of holiness. 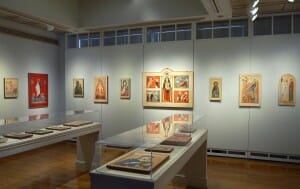 Philip Davydov and Olga Shalamova were born in Moscow and St. Petersburg, Russia. Philip learned his trade from his father, an orthodox priest and iconographer, at a time when any Christian art in the Soviet Union was considered “religious propaganda,” and artists might have been punished for painting an icon as though committing a crime. A graduate of State Academic Institute of Fine Arts in Saint Petersburg (Russia), Philip met and married Olga, a museum professional there. Together they founded Sacred Murals Studio, which has created icons and frescoes for Christian churches of different denominations in the U.S. and Russia. Since 2004, Philip and Olga have been teaching icon painting as a series of courses in Australia, Canada, Russia and the United States.

Most icons at the exhibition are available for sale.

The exhibition and gallery talks on July 15 and September 16 are free and open to the public. The gallery is located at 4500 Massachusetts Avenue, N.W., in the Kresge Academic Building on the campus of Wesley Theological Seminary (right next to American University). Regular hours are Monday-Friday, 10:00 a.m. – 4:30 p.m. and by appointment. The gallery is closed weekends and holidays, and will also be closed August 1 – 24. 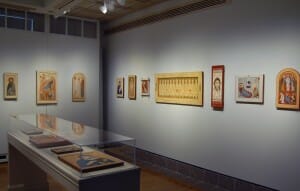 The Dadian Gallery is a program of The Henry Luce III Center for the Arts and Religion, which sponsors a variety of cultural events exploring the intersection between art and religion and promoting dialogue between artists and theologians. For more information please visit our website www.wesleyseminary.edu/dadian

Examples of medieval Christian art are far removed from their original context in our multicultural world. Being treasures of spiritual art, these images are real witnesses of the Christian faith of their time. To our contemporary view, some of them may seem very unusual and even weird, but this is only because they were made many hundreds of years ago. For these artists, their art was entirely different from how we see it now.

A Christian image is a powerful instrument, much like a sermon. There are some very deep theological concepts which can be shown only through visual language, and not with the word. 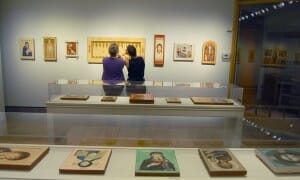 A great number of Christian denominations in our days add images to their liturgical space using prints of 4th-century icons as well as recently painted icons without any problem. Printing is cheap and now we can choose from hundreds of thousands of easily downloadable artifacts, available with a few clicks of a mouse.

But HOW do we make our choice? What makes us choose this image and not another one? And how do icon-painters decide what to do and what their icons should be like?

These all are truly very hard questions, because artists used to decide unconsciously – picking up something, catching the eye – humble enough, attracting a minimum of attention.

But is there any general consideration of what a contemporary image in church should really be?

This is the main question for our exhibition.

For almost twenty years we were searching in the tradition – investigating medieval Christian art as a source for rules, ideas, hints, and solutions. And yet we have to remember that the main task of an iconographer, according to the Church Fathers of Nicaea’s Council, is to make icons powerful enough to impact people.

The models for our icons were taken from different historical eras and use different techniques, and we took them as models for inspiration, rather than for direct copying. We consider our work to be visual research, aimed to discover, study, and use, the methods and instruments of medieval iconographers.

We do it in order that icons may be actual art – a powerful and responsible tool for the visual sermon. 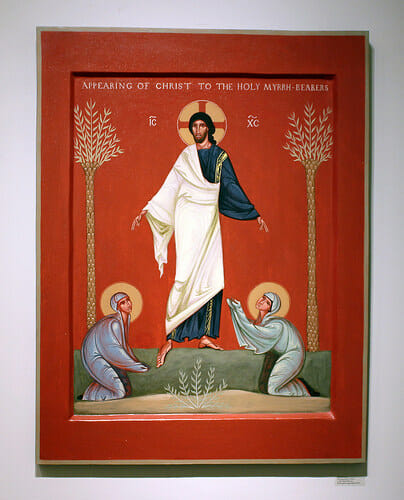 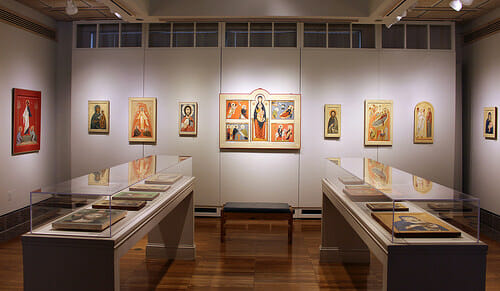 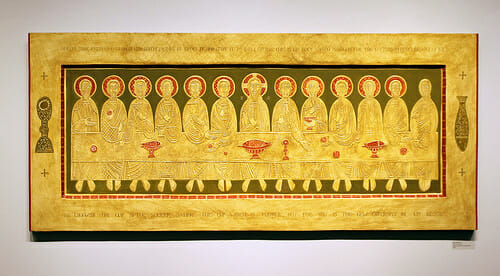 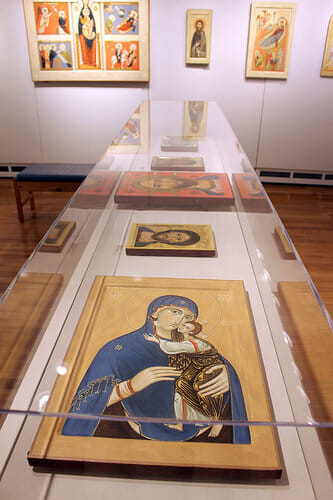 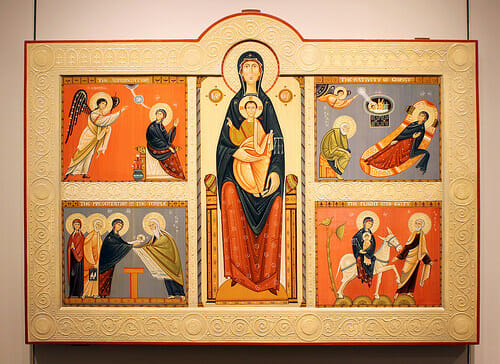