Judge and Victim : The Two Images of Christ 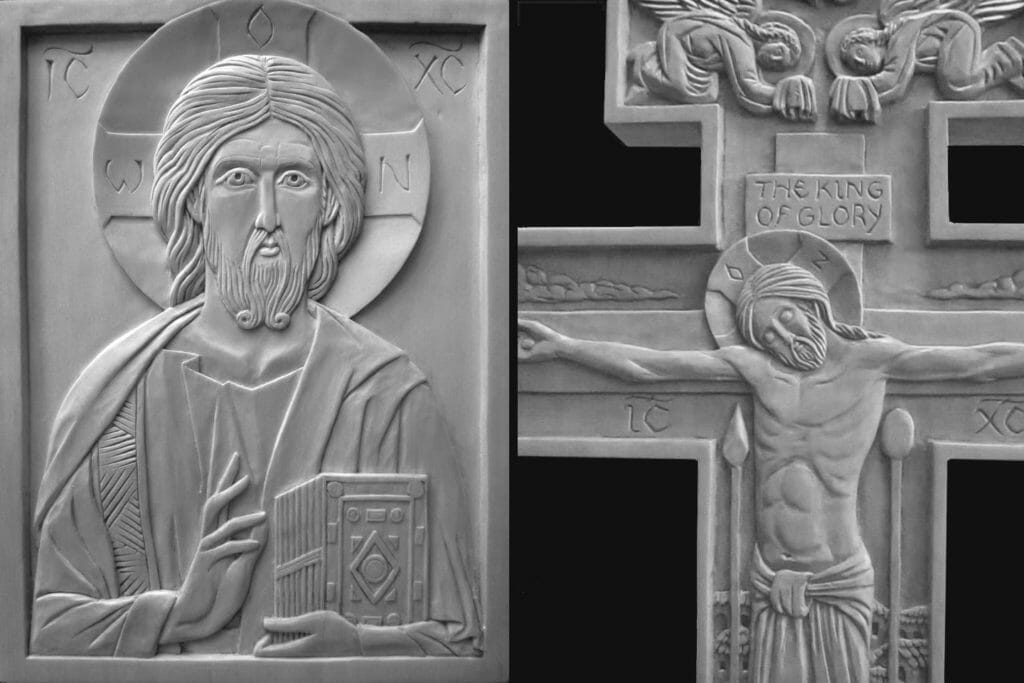 Christ pantocrator and crucifixion in wood. By the author

There are two basic images of Christ in the Church, each marking one of the two poles which hold the very limits of the cosmos.  The first image is that of the Pantocrator and its derivatives, essentially Christ shown in the guise of a glorious emperor, both the origin and the final judge of the world.  The other basic image is that of Christ on the cross and its derivatives, where he is shown humiliated, beaten and crucified outside the great city as a vicious criminal despite his innocence.

The Pantocrator is an image of authority and power, with Christ appearing as the origin and culmination of all order. In the dome, the glorious Christ is the pinnacle of a cosmic hierarchy of angels and saints which gives structure and shape to the created.   It is an image that inspires awe, pride and discipline. The Pantocrator,  the great judge with the double edged sword coming from his mouth not only has the power to include, but also the power to exclude and marginalize. This is what order always does. Order, in fact any category, any “logos” or identity must both include and exclude. 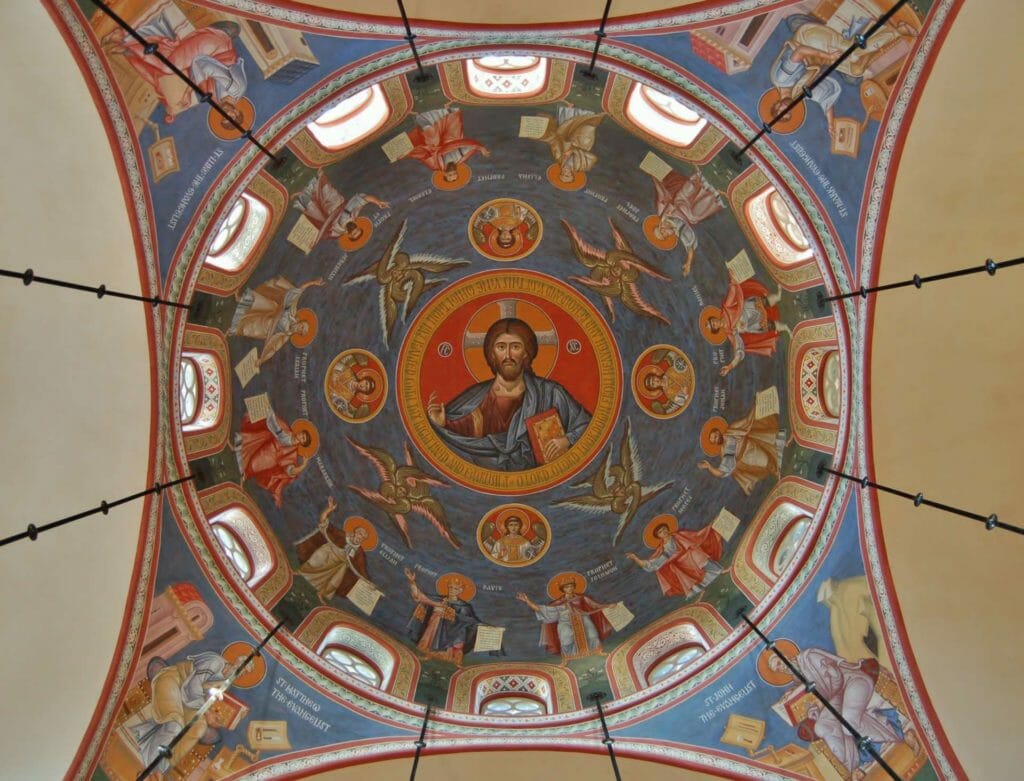 Yet standing at the other end of the cosmic expanse is the cross, the bridegroom, the burial and other images of Christ’s Passion in which Christ embodies the excluded and marginal space where order breaks down into death — where order, where law, can exclude and kill the innocent. It is an image that inspires compassion, pity and mercy. 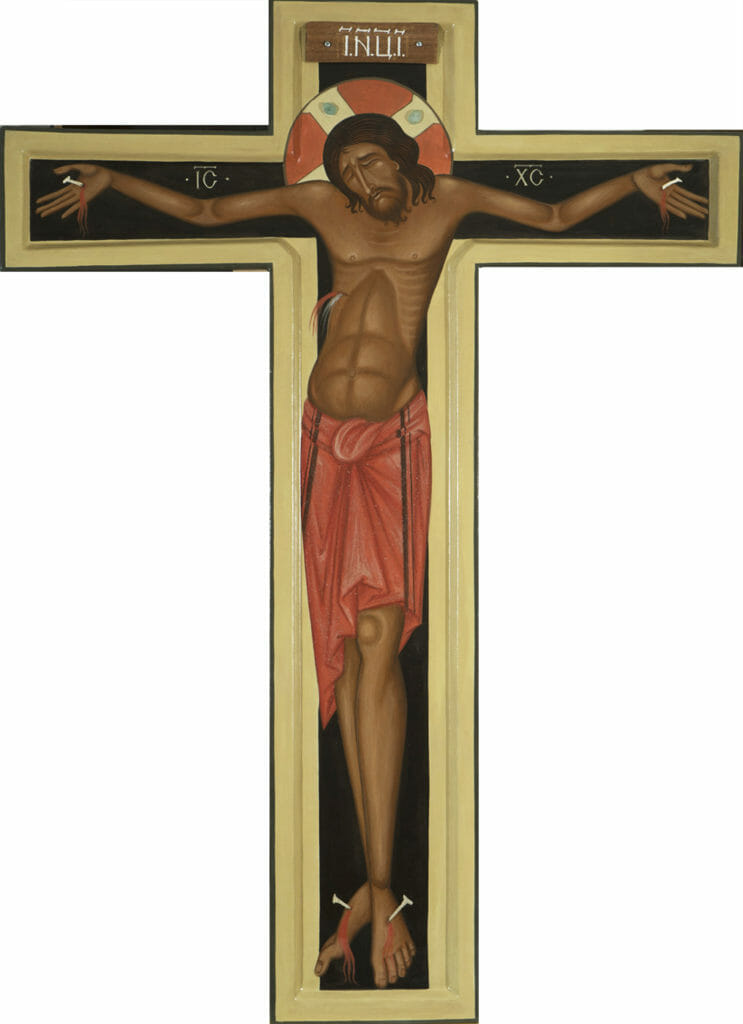 As people, we all fall somewhere between these two poles in our approach to faith and our perception of Christ.  Being more on one side or the other has its positive aspects, it can make us stronger or more compassionate, but each side can also hide our vices. In secretly favoring Christ as King, we may feel disgust for those aspects of the world that do not fit, the marginal, the wayward and the peripheral and it may push us to exclusively seeing the danger posed by those who stray from order.

In the opposite manner, by favoring Christ as crucified, in seeing Christ as the innocent victim, we may come to resent authority, oppose order while feeling entitled as we face what appears to us as tyrannical power. This may go to the point of accepting sin, of rejoicing in rebellion and disorder.

Considering this, St-Maximos links these extremes to our passions. The first is a passion from the Right, based in the smug attachment to our own self professed capacity for discipline and order. The other a passion of the Left, the fall into the chaos of our individual whims and desires:

It is important, especially in these dark times, to always keep these two images of Christ in view, like a balance with two arms, preventing one from tipping the other and checking the excesses of each.  Keeping both images in mind can also act for us as a bulwark against adversity, for most critiques of Christianity are either of one or the other of these extremes.  If the Nietzschian critique is that Christianity is a cesspool of resentment, victimhood and slave mentality, the feminist and post-modern critique has been that Christianity is the bastion of Patriarchy and oppression of the weak. But to view Christ, the one who is “all in all” is to view that he is both the master AND the slave, both the judge and the condemned innocent.

It is by understanding these two poles, that the excessive polarization of contemporary society can appear to us explicitly as Anti-Christ, for it is through the dividing of what is united without confusion, the radicalization of the Right and the Left hand which reduces them to their pathological states.  As Christians we must strive to keep our hearts, to hold on to the center, so that we may continually see in these two icons – Christ Pantocrator and the Cross – how Christ’s outstretched hands reach from the highest Heaven to the depths of Hell.

[1] St-Maximos the Confessor, Fourth century, n.96 in the Philocalia.