To-day in England we think as little of art as though we had been caught up from earth and set in some windy side street of the universe among the stars. Disgust at the daily deathbed which is Europe has made us hunger and thirst for the kindly ways of righteousness, and we want to save our souls. And the immediate result of this desire will probably be a devastating reaction towards conservatism of thought and intellectual stagnation. Not unnaturally we shall scuttle for safety towards militarism and orthodoxy.

I recently came upon these words by Rebecca West (words written just over a century ago, and which I really should have known before) at precisely the moment that I began to listen to James Dillon’s Stabat Mater dolorosa, given its first performance at the Huddersfield Contemporary Music Festival in November 2014. James Dillon, a Scottish composer born in 1950, described his piece as a “Cubist Stabat Mater”, and it sets parts of the Latin hymn, and words by Julia Kristeva, Pablo Picasso, Rainer Maria Rilke and others. As Gavin Dixon wrote in a perceptive review of the work, “Dillon is too much the Modernist to take anything as canonical as a sacred text at face value, and must find a cultural framework to legitimise his engagement,”(1) noting too that such an approach initially suggests postmodernism rather than the “new complexity” to which Dillon’s music is usually assumed to belong.

And indeed, in that Dillon’s work is a Stabat Mater in inverted commas, so to speak, it is a work of postmodernism. It occurs to me to wonder whether Rebecca West would have considered this, the provocative nature of the juxtaposition of texts apart, as a “devastating reaction towards conservatism of thought and intellectual stagnation.” Dillon has, after all, homed in on the idea of the grieving Mother of God as a metaphor for all grieving women, in what is usually considered ritualistic fashion (the music is predominantly quiet and slow, and frequently very beautiful). Why not just use the texts by Picasso, Kristeva, et al. and create something unmoored from religious and liturgical tradition? Why choose a “canonical… sacred text” and then have to go to the trouble of legitimizing it?

Without presuming to respond for Dillon, who still has religious beliefs but is no longer a church goer (2), such an appropriation of the past, and of the culture of the past, clearly has an enormous resonance, and could not effectively be made without such resonance. But it is a brave path, in that it deals with what West called “the daily deathbed which is Europe” and simultaneously thirsts for “the kindly ways of righteousness”.

Can those of us who are active believers and also artists partake of such an experiment? Can we engage with the daily deathbed which is, in fact, the entire world, as we simultaneously seek nourishment from our lived faith? Can we transmit this by means of art? My answer to this question is absolutely affirmative; if I did not think this possible, I could not continue to do what I do, as composer and priest (two paths that cross each other with remarkable frequency). In addition, the research I have undertaken over the past few years, and that resulted in a recent book on the subject of modernism and Orthodox spirituality in music, has convinced me that there is not only room for such transmission, but that it is absolutely essential if we, as Orthodox, wish to engage with the world and not hide our light under a bushel.

I have, to be brutally honest, no time for the idea that we must wall ourselves off and live in a beautiful ghetto. That is not what Christianity is, and if that is the case, then Christian art must as a consequence be larger, wider, than the liturgical arts. It must be seen to reach out and engage the non-Orthodox, the pagan, the atheist, and to do so, while liturgical art must be the fons et origo of our work, there is not only no reason not to take the very foundations of Orthodox Christian belief into the “daily deathbed” which is the world, but there are the most compelling pastoral reasons to do exactly that.

St Ephrem the Syrian knew this, when he “baptized” pagan hymnology by means his own poetry. He did not “scuttle for safety towards militarism and orthodoxy”, but rather militarily engaged the unbelievers by means of Orthodoxy. While it would, perhaps, be difficult to find a similar situation in the modern world, what is certainly true is that there are opportunities for working in the space that exists between the church and the world, a space that one might call paraliturgical, where art that has no actual liturgical function but that draws upon the riches of liturgical hymnography and, more generally, spiritual poetry, may find a role, a role that may at least sometimes be described as evangelization.

If one looks at the work of George Kordis, or Fr Stamatios Skliris, both of whom are painters as well as active iconographers, one may see a visual analogue of this situation, but there are others, such as the Serbs Lazar Vozarević (1925-1968) and Kosta Bogdanović (1930-2012),(3) who made an earlier attempt, in difficult circumstances, to reconcile the heritage of Byzantium and the contemporary world. 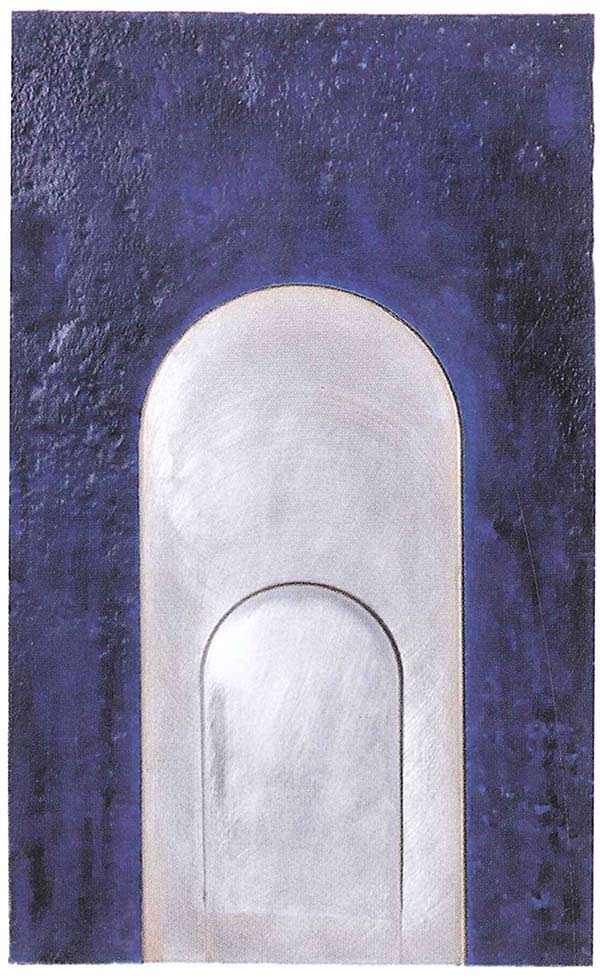 Composers who made similar attempts include the Greek Michael Adamis (1929-2013), the Bulgarian Ivan Spassov (1934-1996) and the Russian Edison Denisov (1929-1996), and Adamis is particularly interesting in that he was not only a pioneer of electronic music in Greece, having studied at Brandeis in the USA, but was also a distinguished musicologist working in the area of Byzantine chant. Younger composers, such as Calliope Tsoupaki (b.1963) and Djuro Živković (b.1975) are also finding that space, and projecting a remarkably intense spiritual engagement within a broadly modernist artistic context.(4) Such composers are not “scuttling” anywhere; they are engaging profoundly both with their time and with their own spiritual tradition, and, in contradistinction to the case of James Dillon, there are no inverted commas. Spiritual texts, spiritual references, mean what they have always meant, and are no need is felt to contextualize or legitimize. 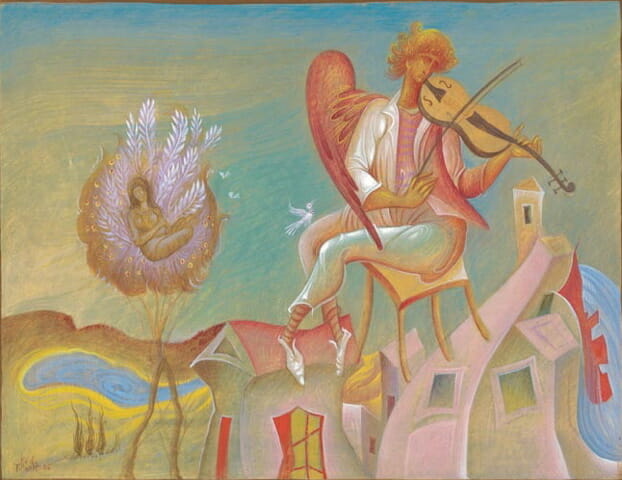 This is spiritual power, for the artist who is a believer, canonical texts must not only be taken at face value, but provided with an exegesis. That exegesis is in turn a new enrichment, because it takes the Gospel into unfamiliar territory and, like the poetry of St Ephrem the Syrian, baptizes what was pagan: it can be a theophany, a manifestation of God. This is the “devastating reaction towards conservatism of thought and intellectual stagnation” that we need, and it requires a singular lack of fear.

4 A very brief excerpt from Tsoupaki’s St Luke Passion, in which the distinguished Greek psaltis Ioannis Arvanitis played a highly significant role, may be heard here: https://www.youtube.com/watch?v=abN3hdpsWiI. A recording of the entire work is available on Etcetera KTC 1402. Živković’s On the Guarding of the Heart, inspired by the Philokalia, may be heard here: https://www.youtube.com/watch?v=JafpIyzXtfw