September 3, 2021Church Architecture in America: A Look at the Sanctuary from a Missionary Perspective 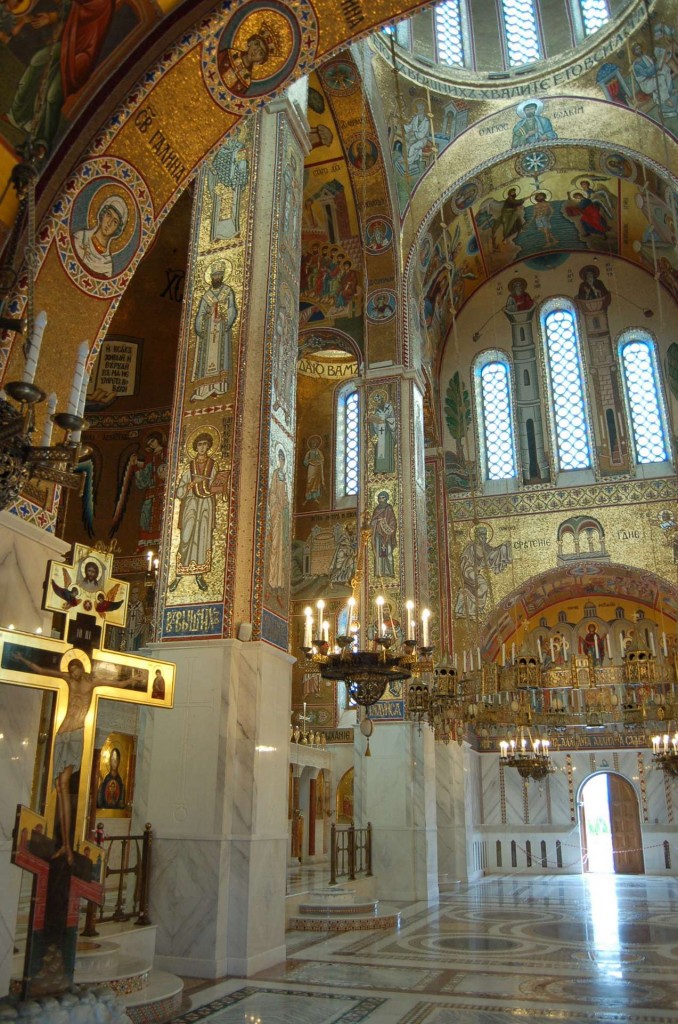 This past fall I had the opportunity to visit a construction project that is nothing short of a miracle. I saw a group of mostly volunteers and amateurs, working with small donations, building a church to rival any monument in the history of Christendom. The project was recently completed, consecrated by His Holiness, Patriarch Kirill, on December 27th, 2015. I would like to share what I have learned about this astonishing church.

In 2001, the Optina Monastery initiated a project to build a representation church in Moscow. Over time, however, the project outgrew this basic program. A hilltop site was located in Yasenevo, a district far to the south-west of the city center. It is the highest ground around Moscow, and many felt that the land had a providential destiny to hold a great church.

The immensely capable Archimandrite Melchisidek (Artyukhin) was appointed to direct the building project. It took seven years to acquire the land and the necessary permissions from the government to build there. In the meantime, it was decided to name the church for the Protection of the Mother of God, for the church, overlooking the whole capital city, would represent the Holy Virgin’s protection of Moscow. The project naturally took on the related theme of a war memorial, commemorating the military protection of the capital, and they made plans to ring the foundation with great stone crosses memorializing the many battles through history in which the city was threatened and preserved. The armed forces of Russia were moved by this gesture, and many contributions came from individual soldiers.

A third program emerged when Archimandrite Melchisidek noticed that the arches drawn by the architect in the crypt level closely resembled the Grotto of the Nativity in Bethlehem. He had the idea to recreate this holy site in the basement of his church, and in time this idea grew also. In the end, they built full-scale replicas of all the great pilgrimage sites of the Holy Land beneath the Yasenevo church – a miniature pilgrimage destination in itself, in the same tradition as the New Jerusalem Monastery built outside Moscow in the seventeenth century. These replicas are remarkable feats of sculpture, copying even the cracks and chips in the original stone slabs.

But most astonishing by far was the project to decorate the interior of the main church. It is ornamented in the style of the Sicilian Cathedrals of the 12th century – without doubt the most sumptuous and refined style that ever emerged in the Byzantine-influenced world. Virtually the entire inside of the Yasenevo church is mosaic iconography in glittering glass and gold. There have been but a handful of churches decorated like this in all of history, and this church ranks fifth among them in area of mosaics. The lower walls of the church are revetted in white marble and the floor is finished in splendid Cosmatesque marble and mosaic interlace. The church is lit with a great brass choros and a constellation of glittering chandeliers. The marble iconostasis bears jewel-like icons with a powerful Romanesque gravity. It is a vision of medieval splendor the likes of which have never before been seen in Russia, and only rarely in all the world.

The true miracle of the Yasenevo church, though, lies not in its richness, but its poverty. Astonishingly, this church, constructed in just seven years, had no major individual donors. There was no great oligarch or wealthy institution footing the bill. Rather, the money came in small donations from ordinary people and pious organizations – 800,000 donors in total.

Likewise, the astonishing mosaic work was not the work of a professional studio, but of students and amateurs, all volunteers. There was one professional iconographer hired to draw the great Pantocrator, but beyond that, the work was planned by highly-capable art students. They could not afford to buy Italian tesserae for the vast areas of gold, so they asked for donations of gold jewelry from across Russia, and developed their own technique for depositing the gold onto ceramic tile fragments. The mosaic workshop was run by a retired master who taught anyone who showed up. On the day I visited, she introduced me to her crew for the day – a hairdresser, an economics student, an architect, all there on their day off from work to come lay tesserae, and doing work like skilled masters. In total there were at least 225 of these volunteer mosaicists, some of whom arrived with no skills, but only a life-long dream of making an icon, and ended up creating works of incredible beauty.

My guide, Elena, explained that almost everything was built like this – the landscaping, the marble work, the unexpected and charming decorations that could be seen virtually everywhere. I found that the construction site felt like a liturgy – the workers could feel their priestly role in this work. Everyone involved in the project recognized that a miracle was taking place – that God had ordained that this project was to be different from any other – that this church would be built only with love, and that it would outshine all others.

A panoramic virtual tour of the church.

Photos of the consecration.

A video of Patriarch Kirill’s address during the consecration (in Russian). 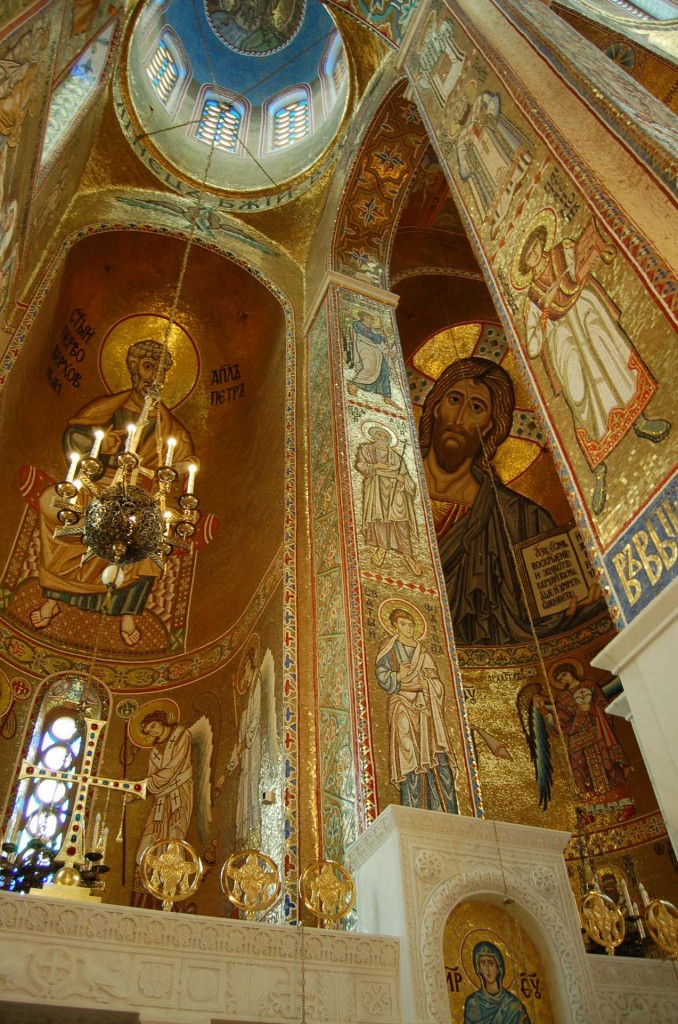 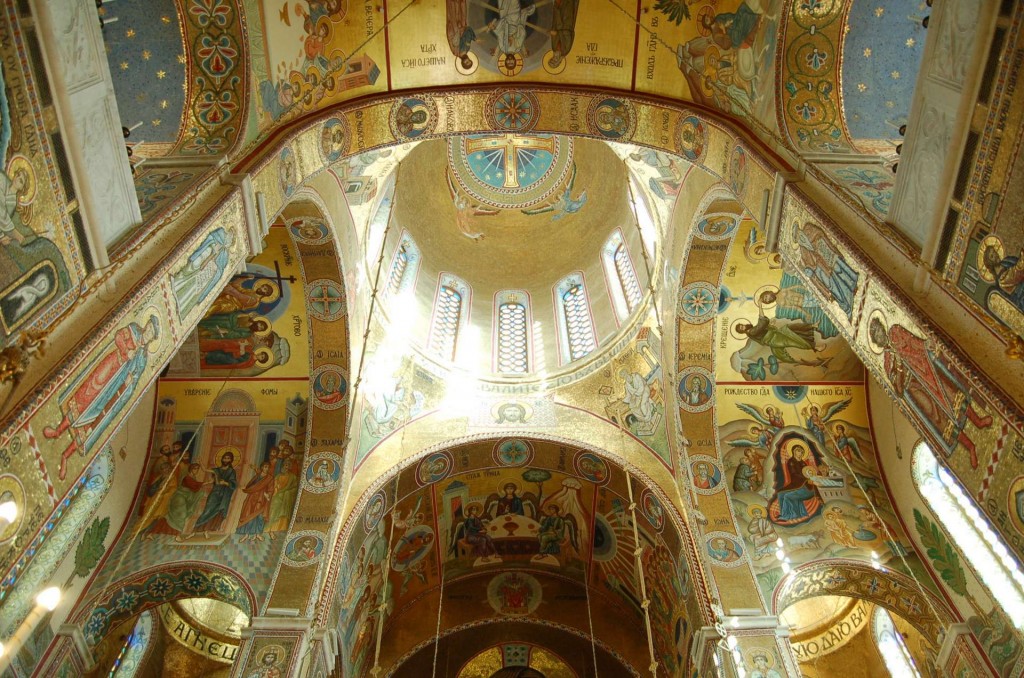 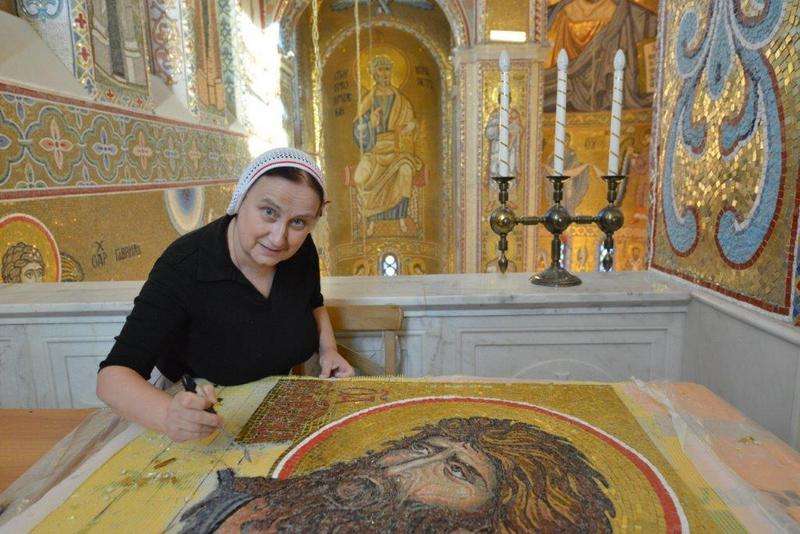 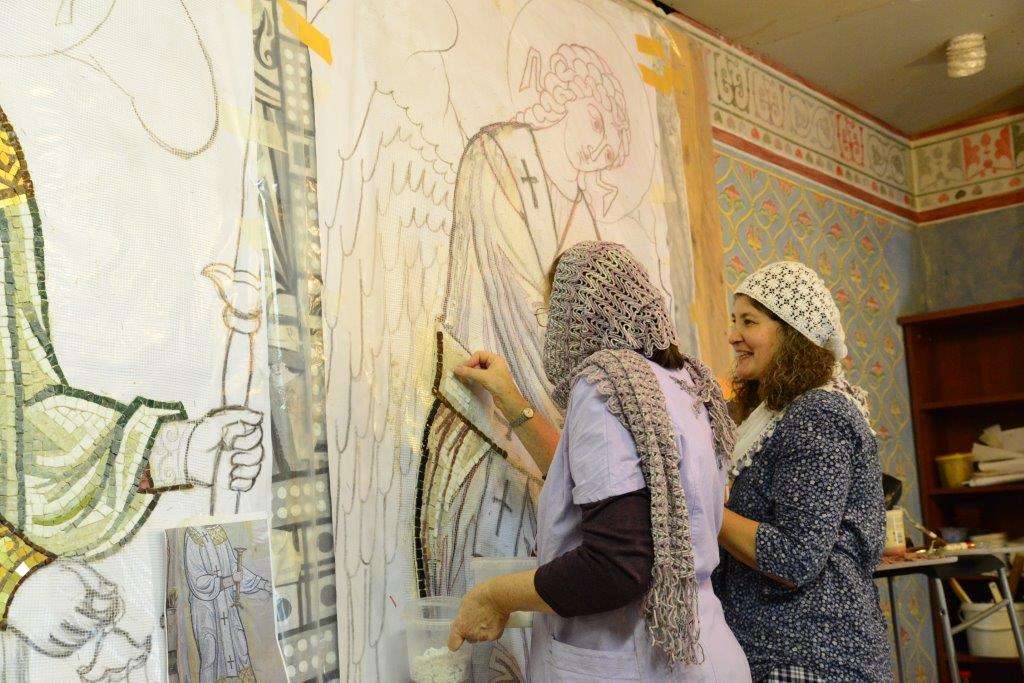 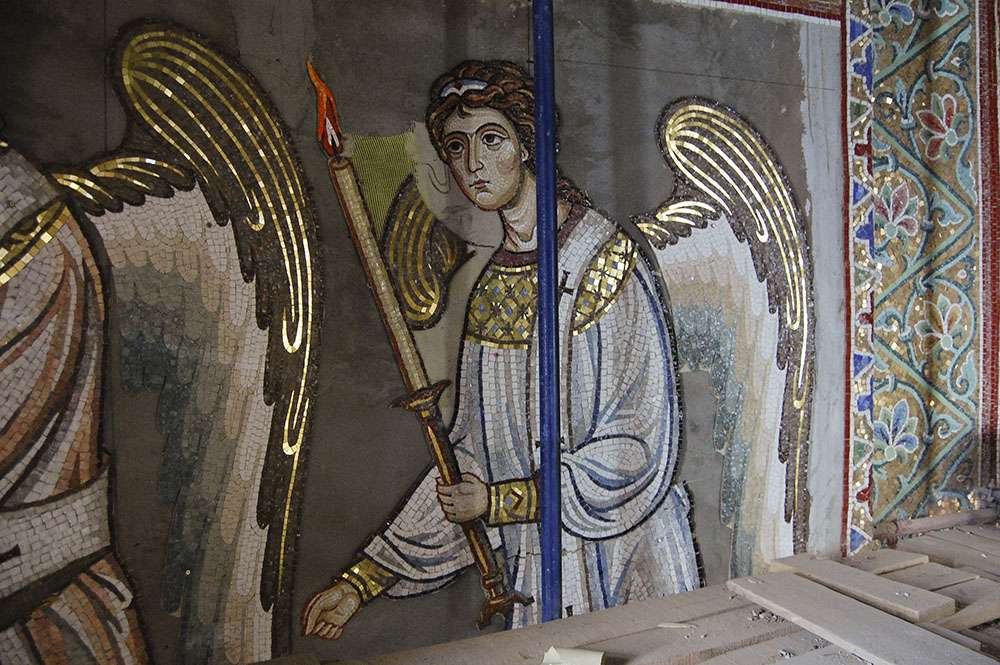 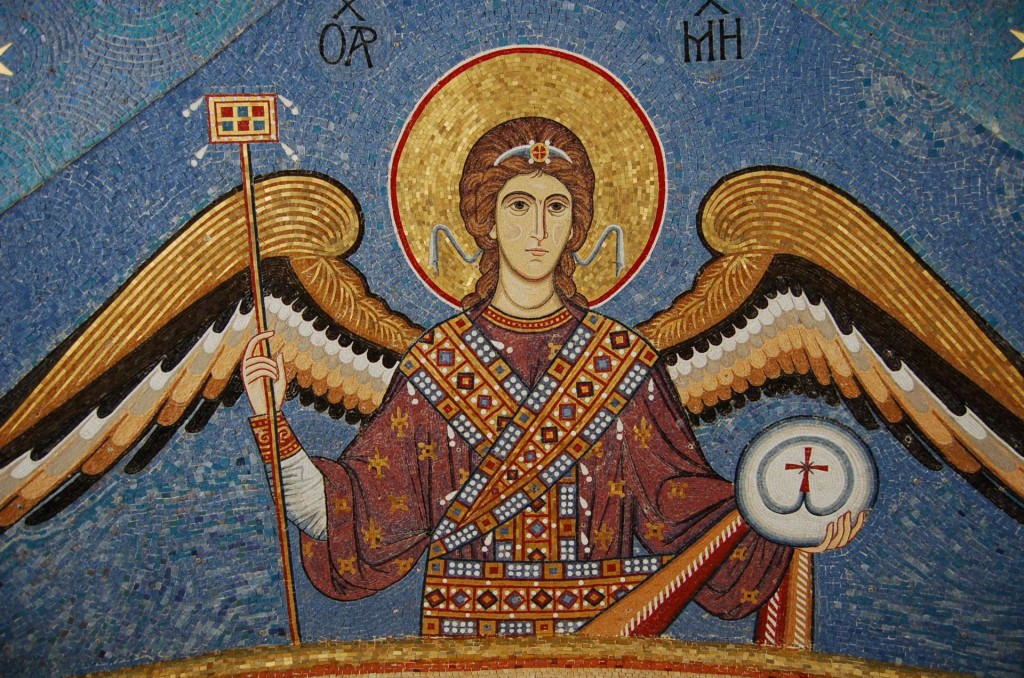 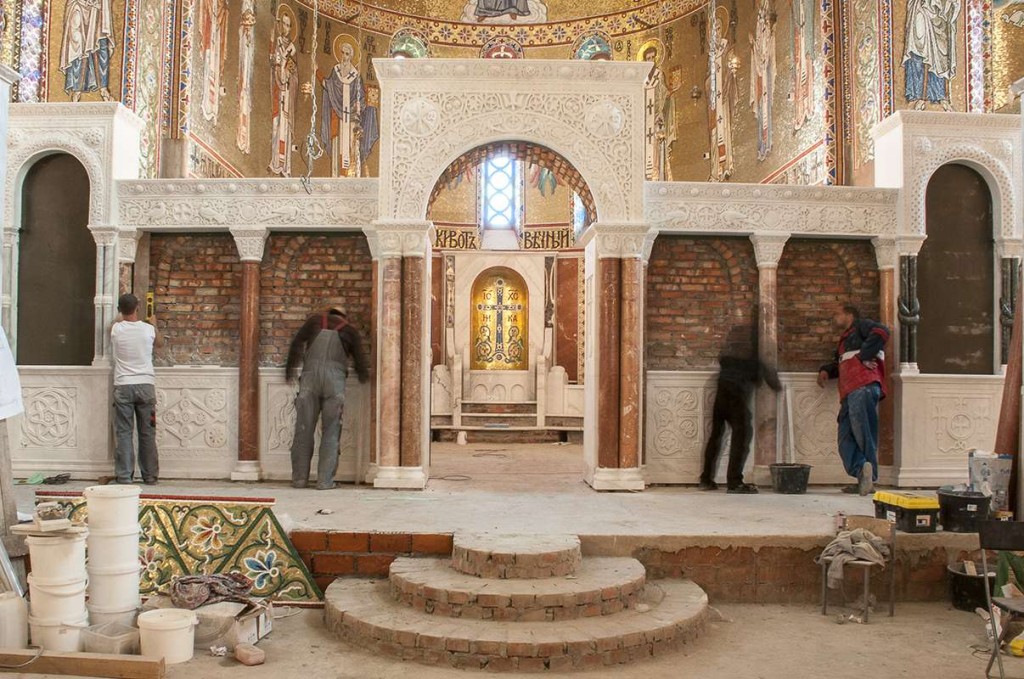 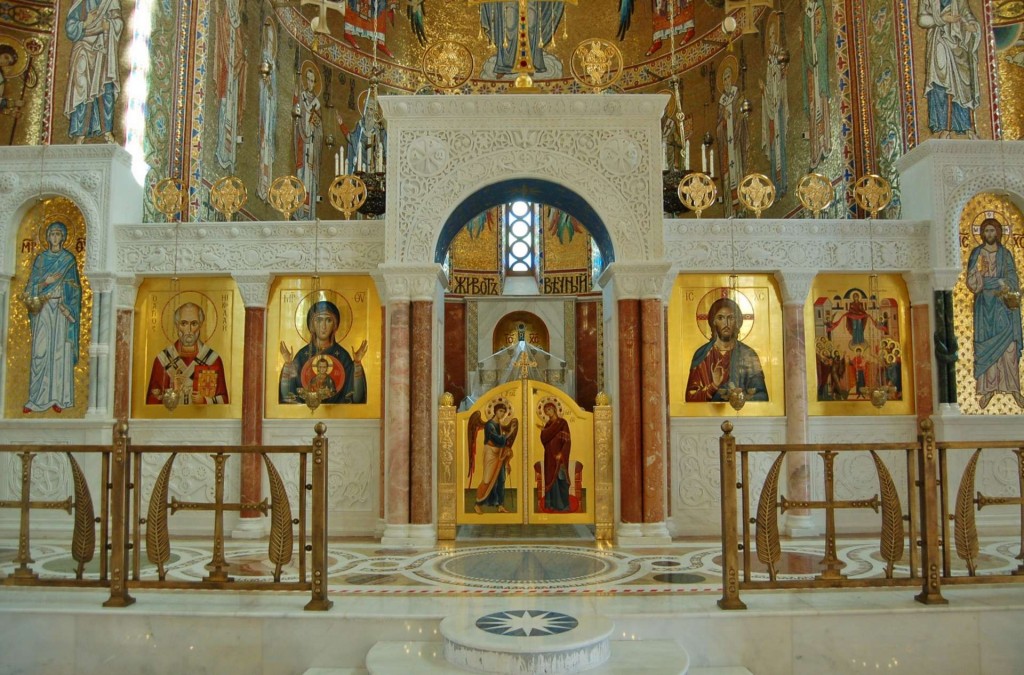 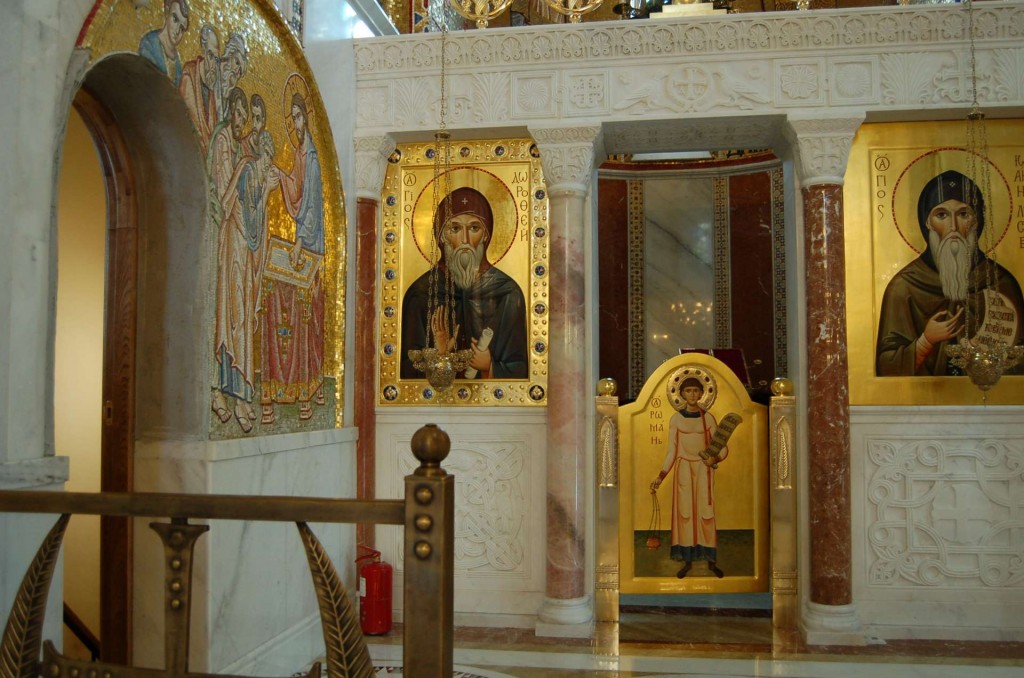 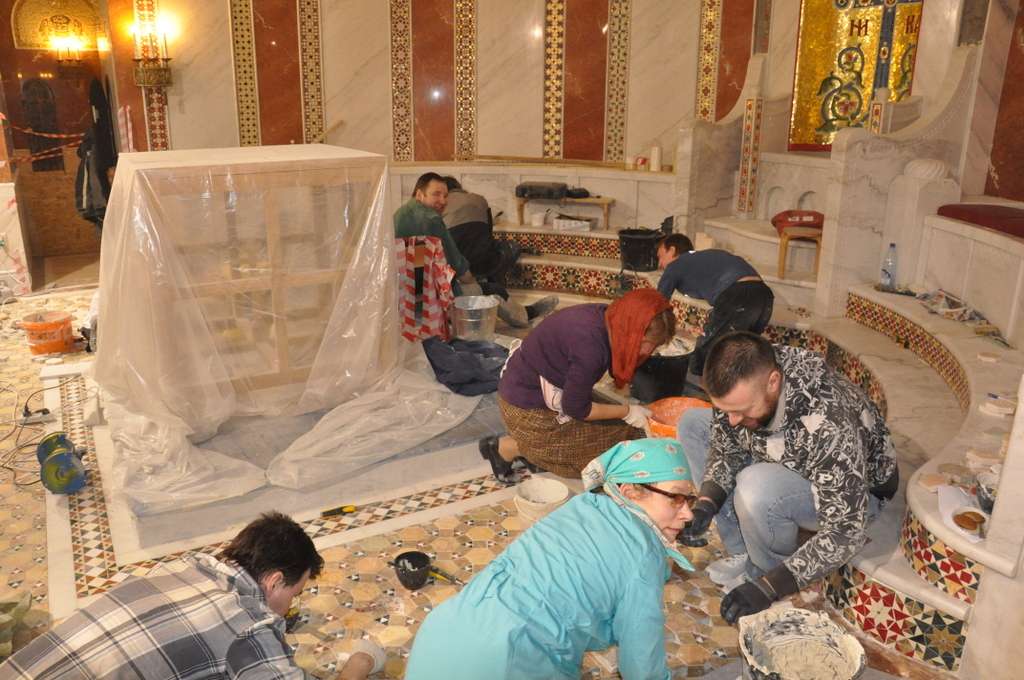 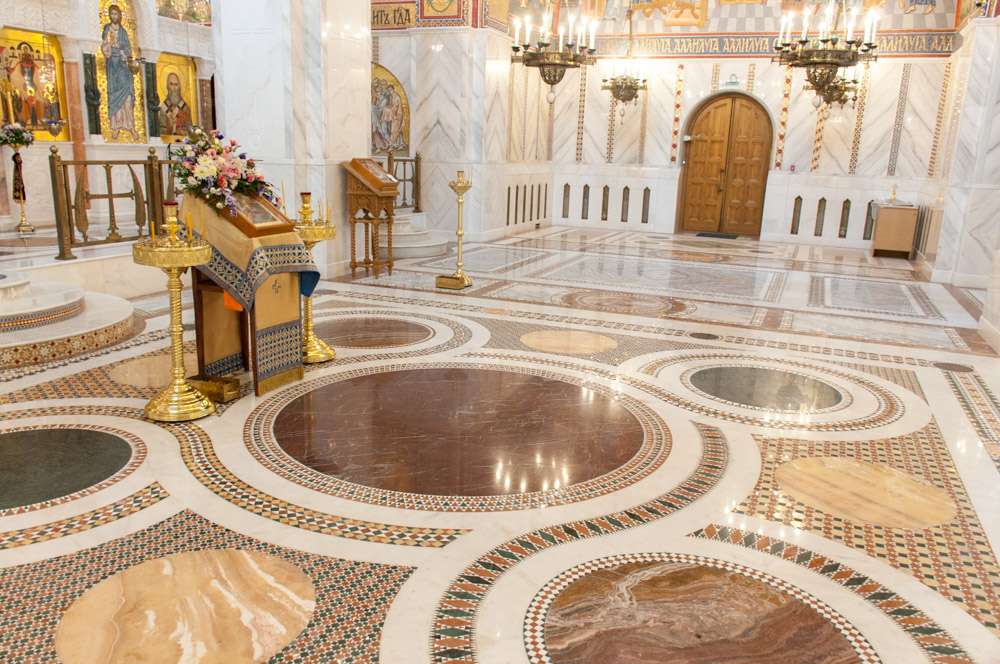 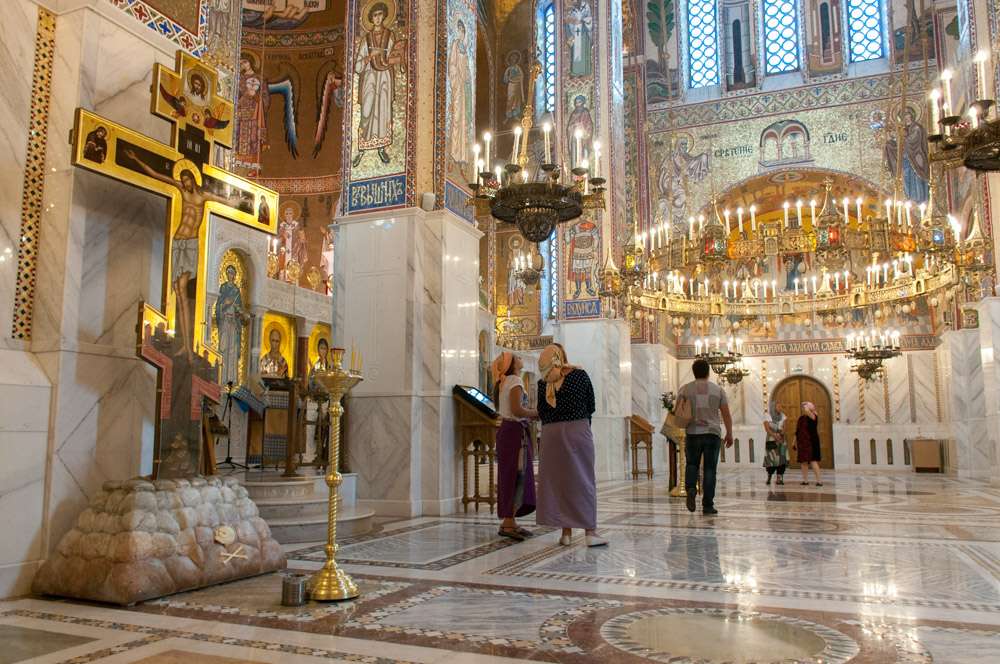 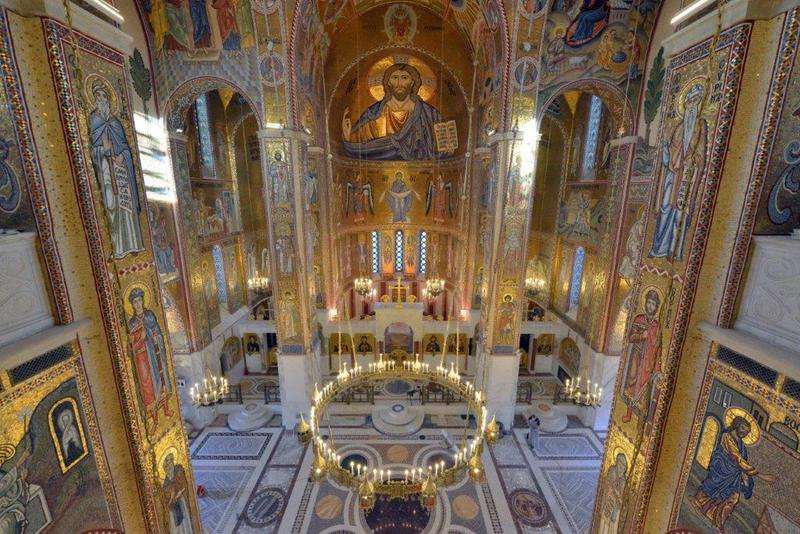 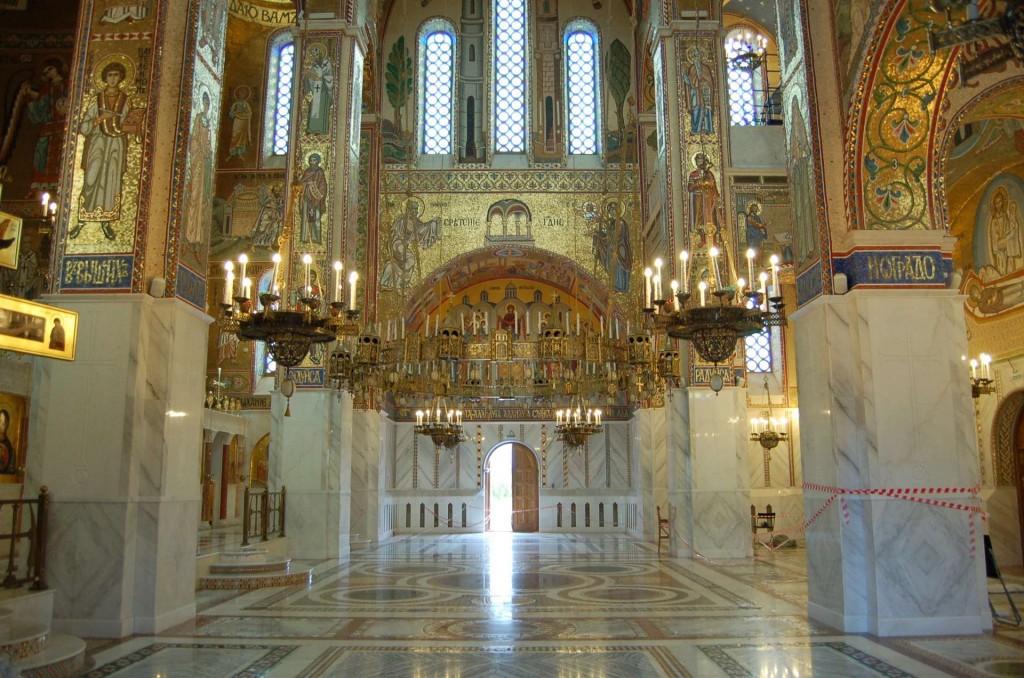 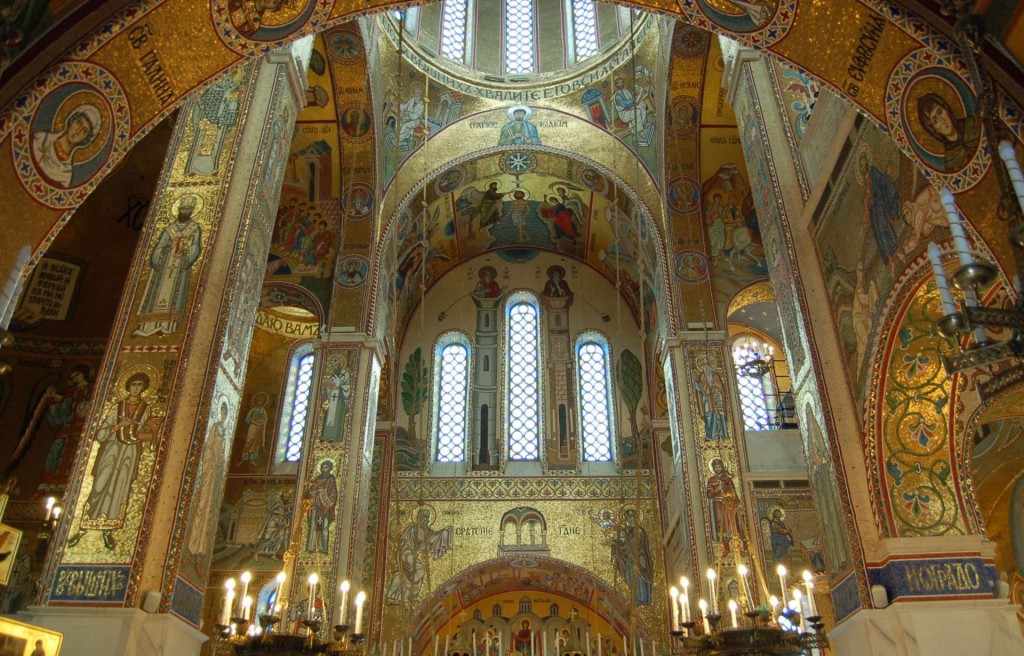 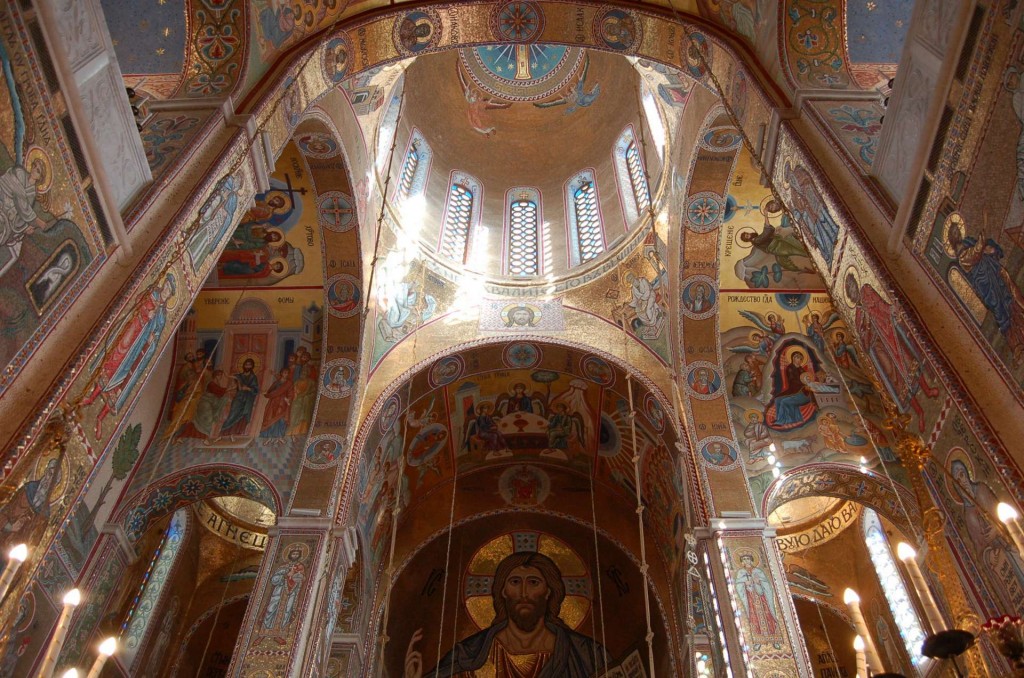 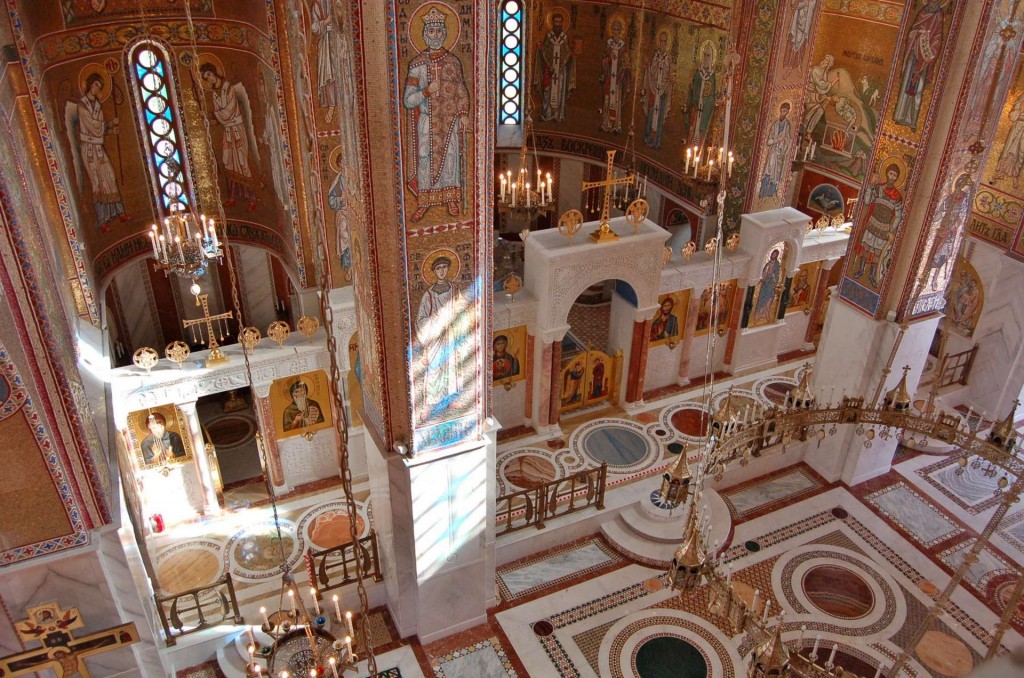 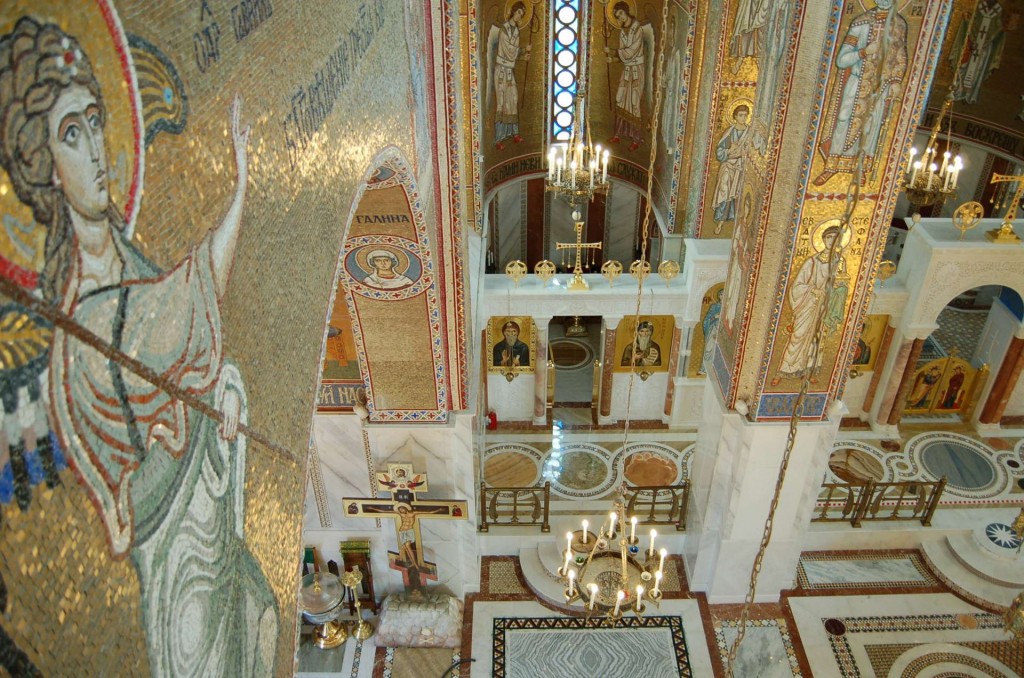 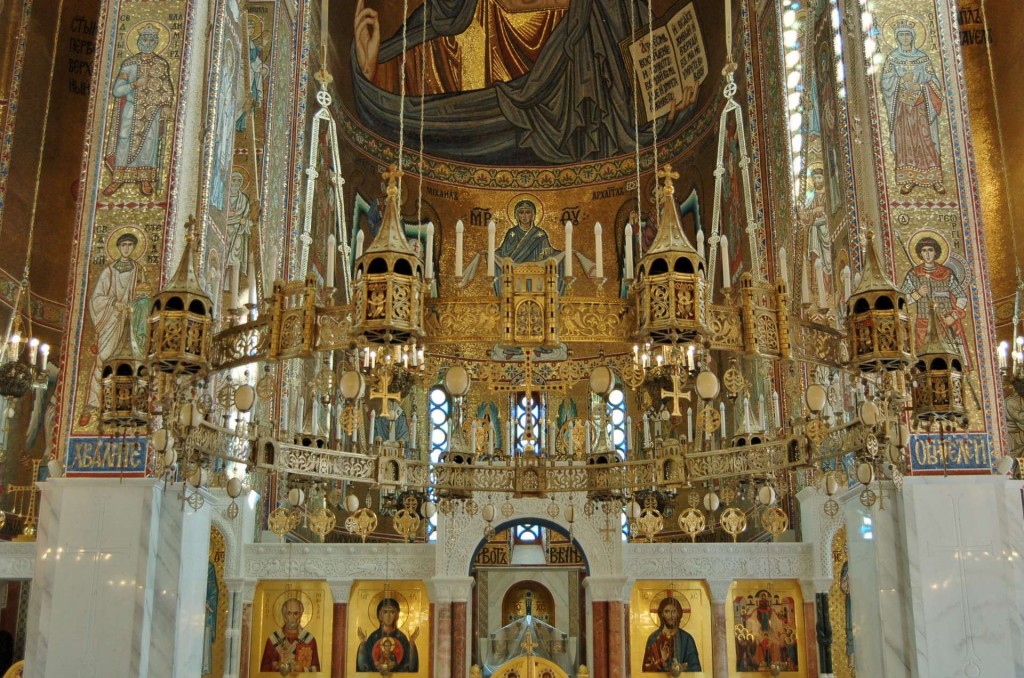 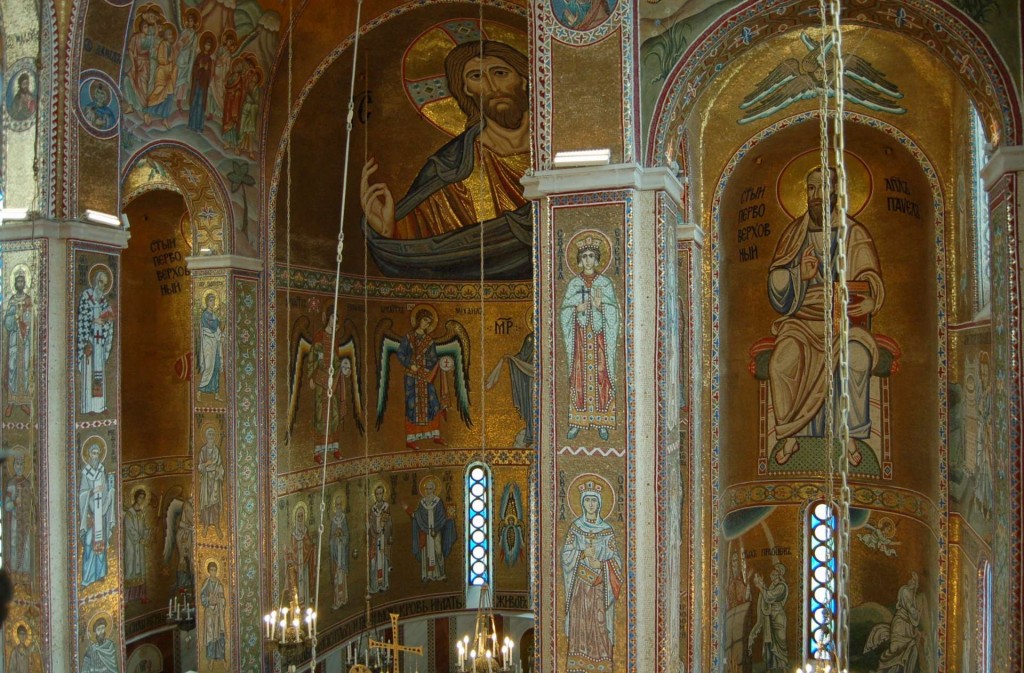 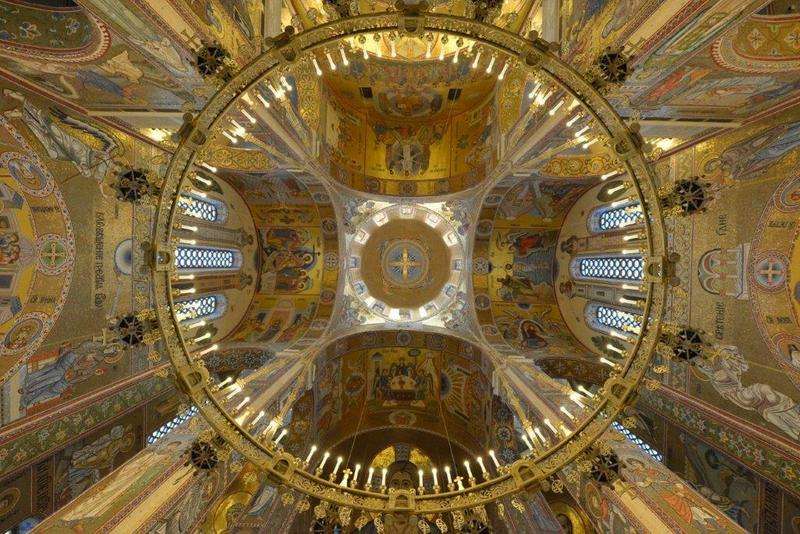 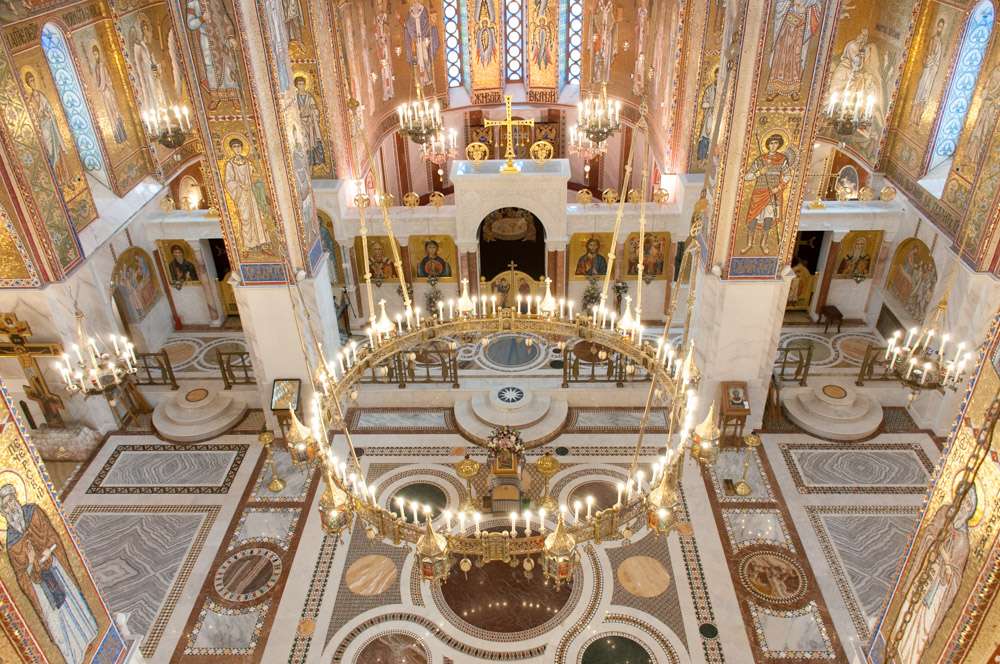 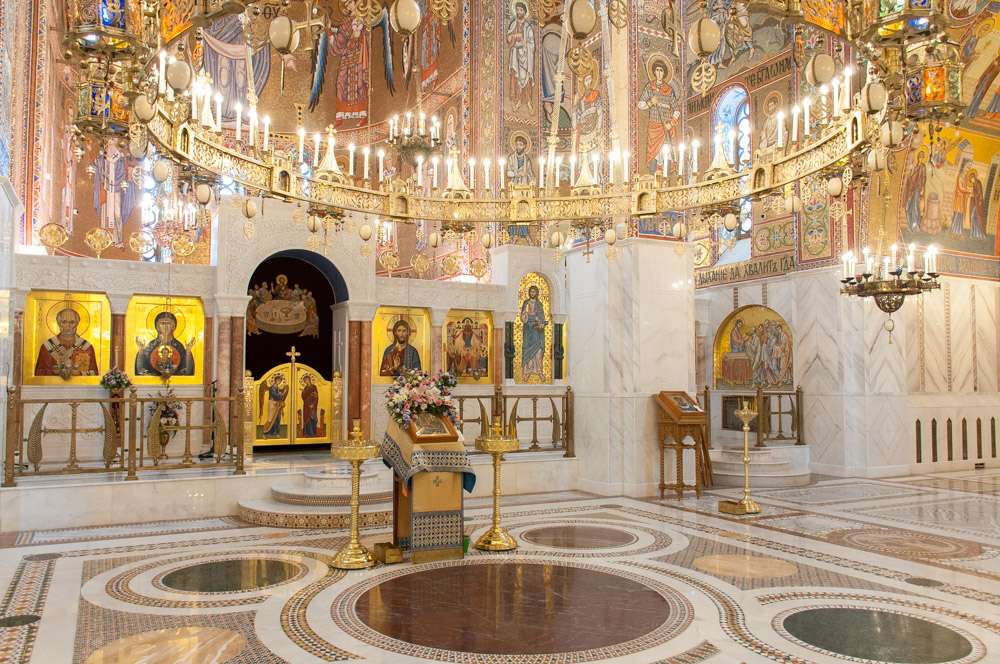 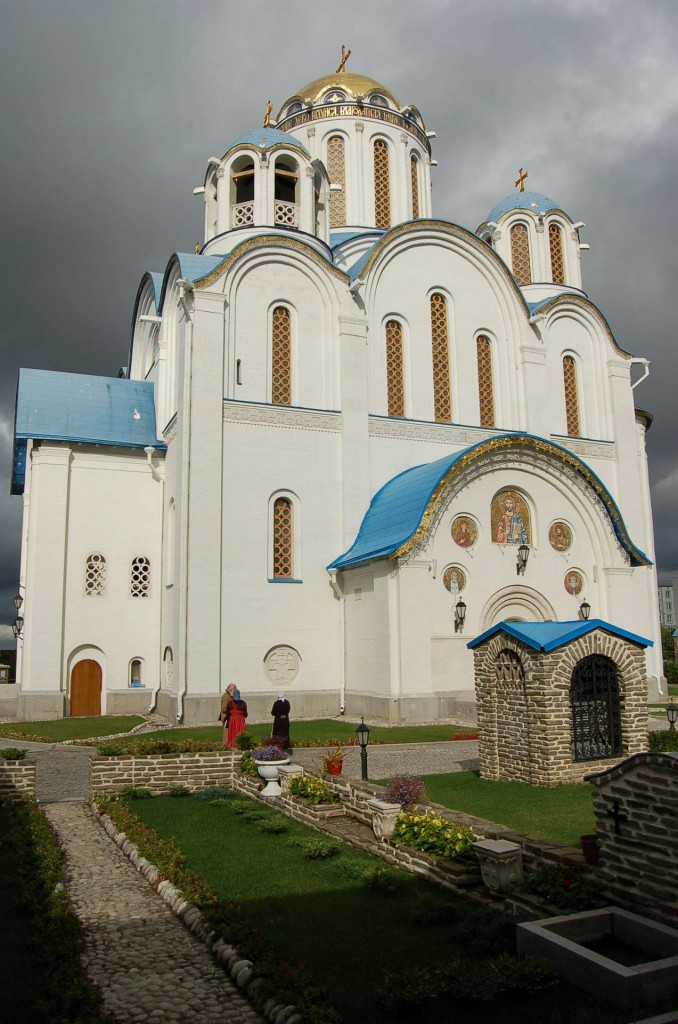 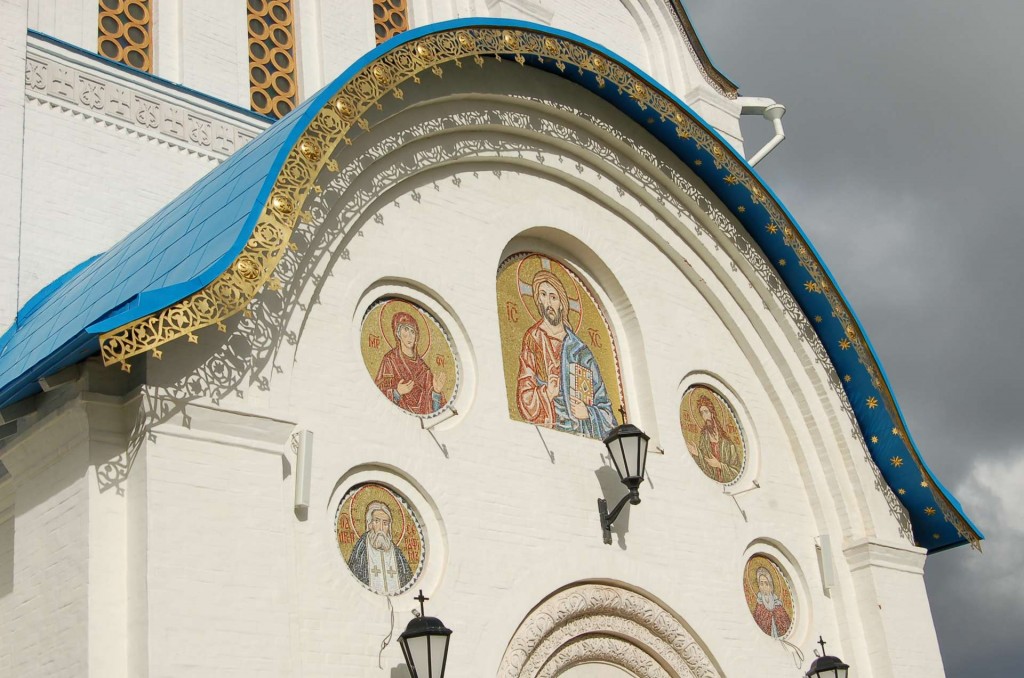 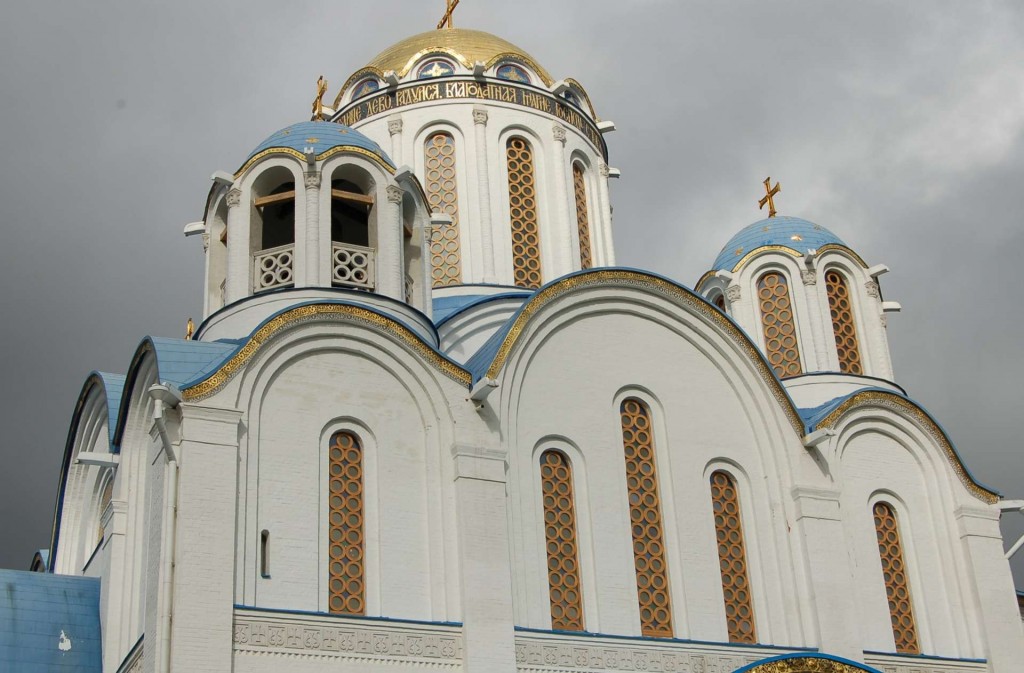