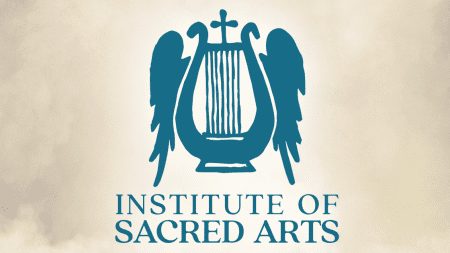 The Institute of Sacred Arts (ISA) at St. Vladimir’s Orthodox Theological Seminary (SVS) is currently privileged to have Dr. George Kordis as its inaugural artist in residence for the Spring of this academic year. On Thursday, March 17, a group of distinguished scholars gathered around him at St. Vladimir’s Seminary for an academic round-table on the theme “Tradition and Innovation in the Arts of the Orthodox Church.” 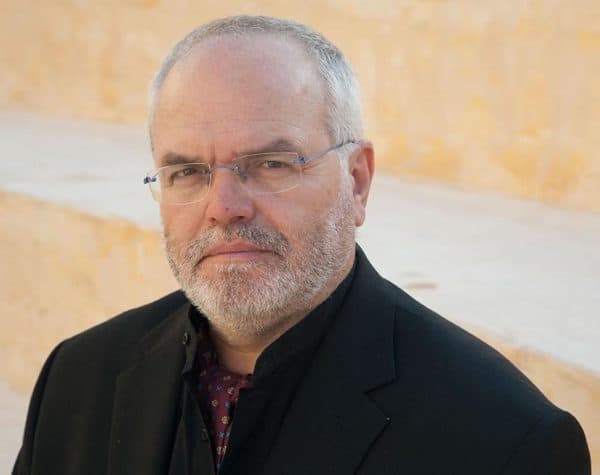 Dr. Kordis hardly needs introduction in the pages of Orthodox Arts Journal (OAJ). He’s not only one of the most important contemporary iconographers in Greece and internationally, but also a prolific author, combining theological acuity with the practical experience of a painter in his scholarship. This is clearly evident in his most recent book available in English, Color as Light in Byzantine Painting: Theory and Practice with A Guide to Egg Tempera Underpainting (Sebastian Press, 2020). But his earlier book, Icon as Communion (Holy Cross Orthodox Press, 2010), is also worth mentioning as an important contribution to contemporary iconography, exemplary of what could be considered a “paradigm shift” in the understanding of traditional icon painting since its revival in the early 20th century. 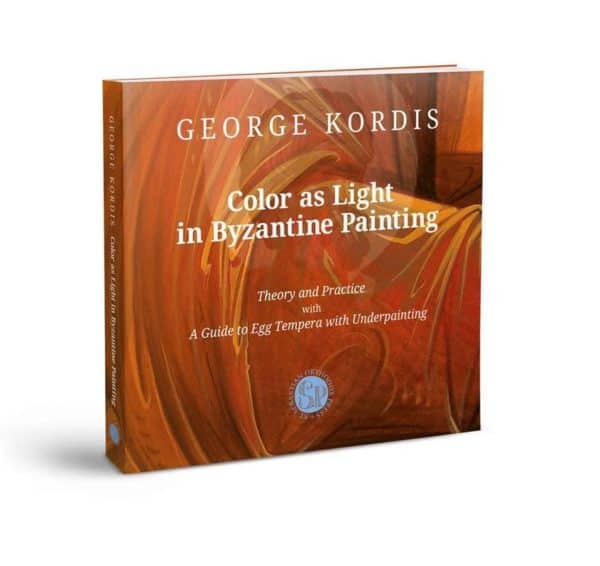 If there is one theme that runs through and stands out within the iconography and writings of Dr. Kordis, it is that of the relationship between tradition and innovation. What is the correct approach to tradition for a contemporary iconographer? What is unalterable as compared to what is stylistically variable? What is doctrinally essential vs. what is artistically relative? When is innovation a distortion or a break with tradition? And when can we see it as in continuity with and as an inextricable, complementary component of tradition? These kinds of questions are not only asked by the iconographer but also every kind of liturgical artist desiring to be authentically creative within the living tradition of the Orthodox Church. And these questions, inspired by Dr. Kordis’ contribution, are the kind that led Dr. Peter Bouteneff, director of the ISA, and his assistant Dr. Rossitza Schroeder to organize an all-day academic round-table discussion between distinguished scholars, ranging from a variety of fields, including art history, Byzantine studies, iconography, musicology and liturgics. 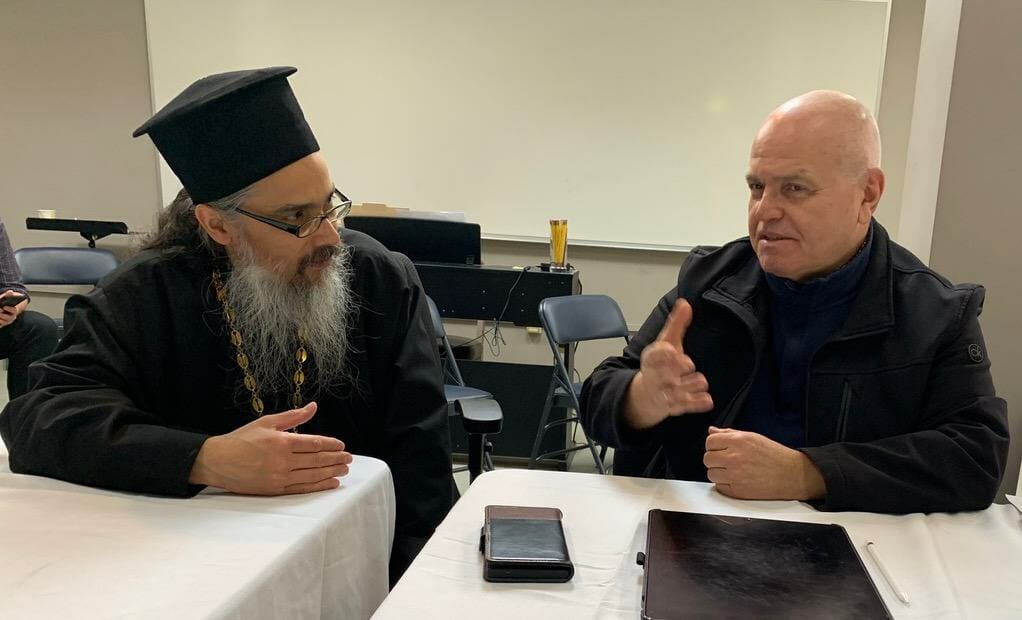 The papers presented were conceptually varied and the research was rich, touching on topics such as: the effects of digital technologies within the liturgical context; how change in Orthodox liturgical music has been understood as manifesting fidelity to (or deviation from) tradition; contemporary architectural practices of Orthodox Greek communities in the United States in light of Byzantine precedents; iconographic innovations in the ninth-century marginal psalters in response to heretical challenges; copies of manuscript illuminations as subtle and purposefully constructed visual arguments; and the interaction between tradition and innovation in the peripheries of the Byzantine commonwealth, as exemplified in the work of Theophanes the Greek. 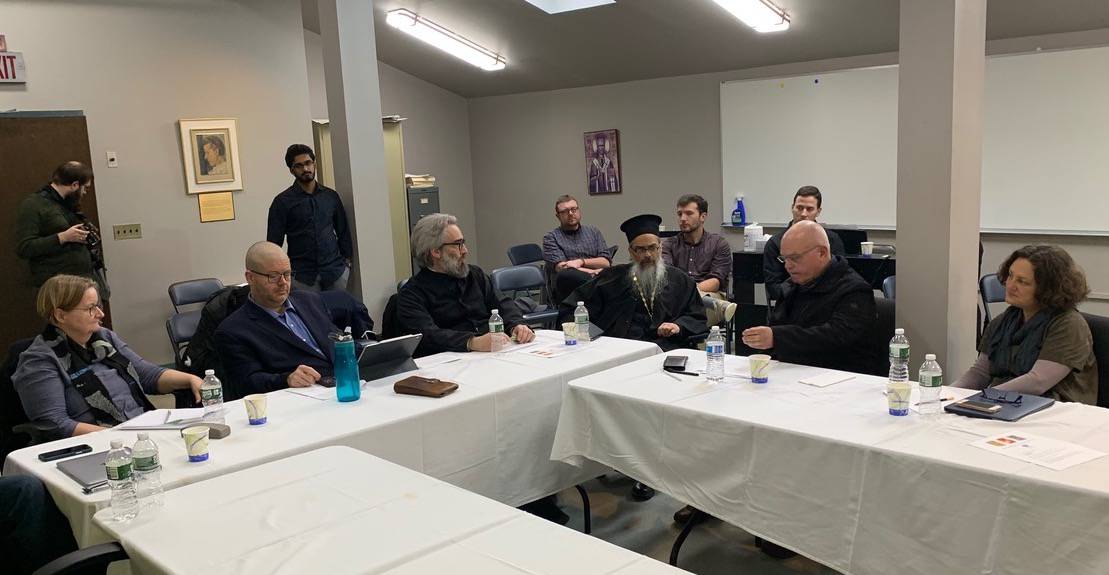 Dr. Alex Tudorie, SVS academic dean, started the round-table with introductory remarks on the theme of the discussion, as understood in the context of doctrinal debate in ecclesiastical history. Dr. Kordis gave the concluding reflections of the day with a paper exploring the functional significance of the concept of rhythm as an indispensable component of traditional iconography. The participants concluded the day attending Vespers at the seminary’s Three Hierarchs Chapel, followed by more lively discussion over dinner. The papers presented in the round-table will be submitted to the St. Vladimir’s Theological Quarterly (SVTQ) for publication in the near future.

The event had an overall warm atmosphere of camaraderie, without lacking in honest critical assessment during the discussions. This round-table is another good example of the unprecedented and important role the ISA continues to play — since its beginnings as the Sacred Arts Initiative (SAI) and earlier symposia, such as “Rethinking Sacred Arts” (2016) and “Byzantine Materiality” (2019) — in sustaining and strengthening the serious study of liturgical arts within the Orthodox Church in the US.

For those interested in embarking on a rigorous and enriching scholarly study of sacred arts, it should be noted that the ISA now offers an M.A. degree concentration in Sacred Arts at SVS.  For more information, visit the ISA website.