The Icon of The Last Judgement 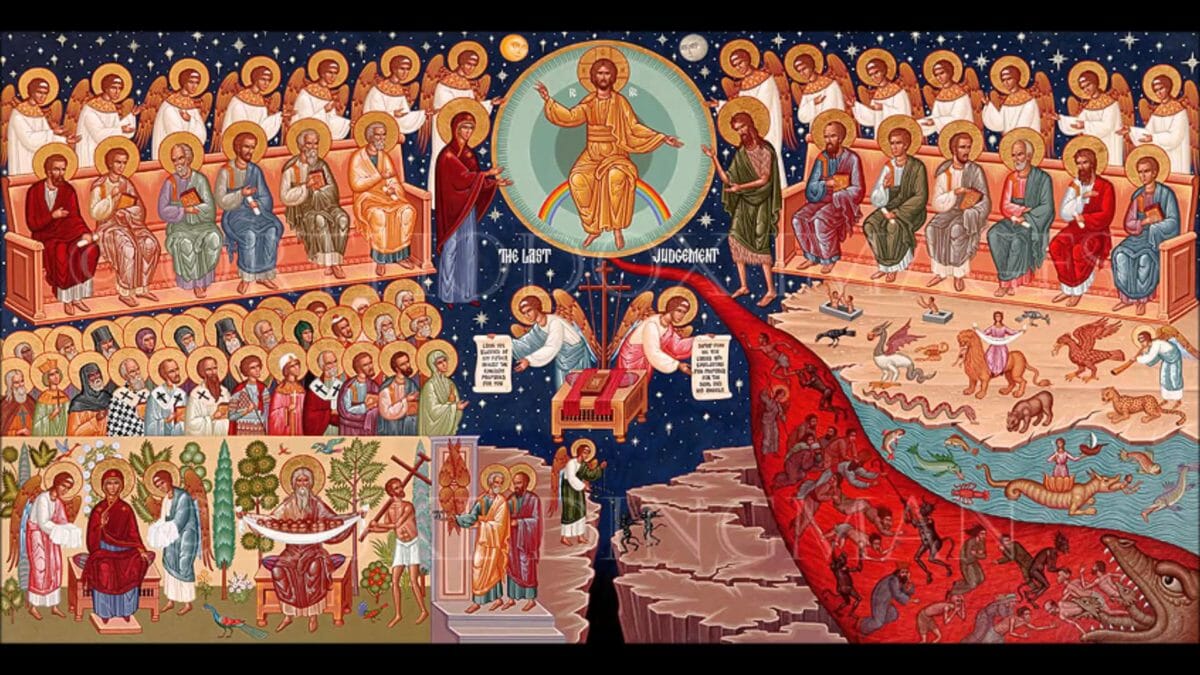 The icon of the Last Judgement is one of the most complex Christian images.  As depicting the final things, it is a synthesis of the cosmic mystery. As an image of judgement, it is also the place where everything is resolved by Christ.  From the very first moments in my burgeoning interest in iconology, I have focused on this image, seeing it not only as the image of a cosmic culmination, but also as the culmination of iconography itself.  There is a theory according to which Iconography is eschatological and rooted in a vision of the kingdom, and if this way of seeing things has any value, the icon of the last judgement can be seen as the culmination of iconological patterns into one contained image. Knowing that the earliest decorated churches used Revelations and eschatology as their excplicit motif, we can at least explore the relationships which still remains between the icon of the last judgement and church iconographic programs as whole, all the while looking at how the last judgement pulls in patterns from other known icons.

This past summer, I was invited to speak at the St-John Chrysosom Byzantine Catholic Church in Seattle and since there was someone to film and record the talk, it seemed like a good opportunity to explore this subject.  In the preceding year, I’d also been given the chance to discuss this icon at St-John of the Ladder Orthodox in Greenville as well as at Holy Apostles Orthodox Church in Columbia, and so I had gotten a few practice runs in.

The image I chose is a contemporary icon painted by Fr. Luke Dingman.  It is an icon which seems to appear quite a bit in churches, and when I gave my talk in Columbia last spring during lent, I was pleasantly surprised to find a reproduction of this very image at the back of the narthex!

The link to the talk is here:  https://youtu.be/TsHnGUKEEdM