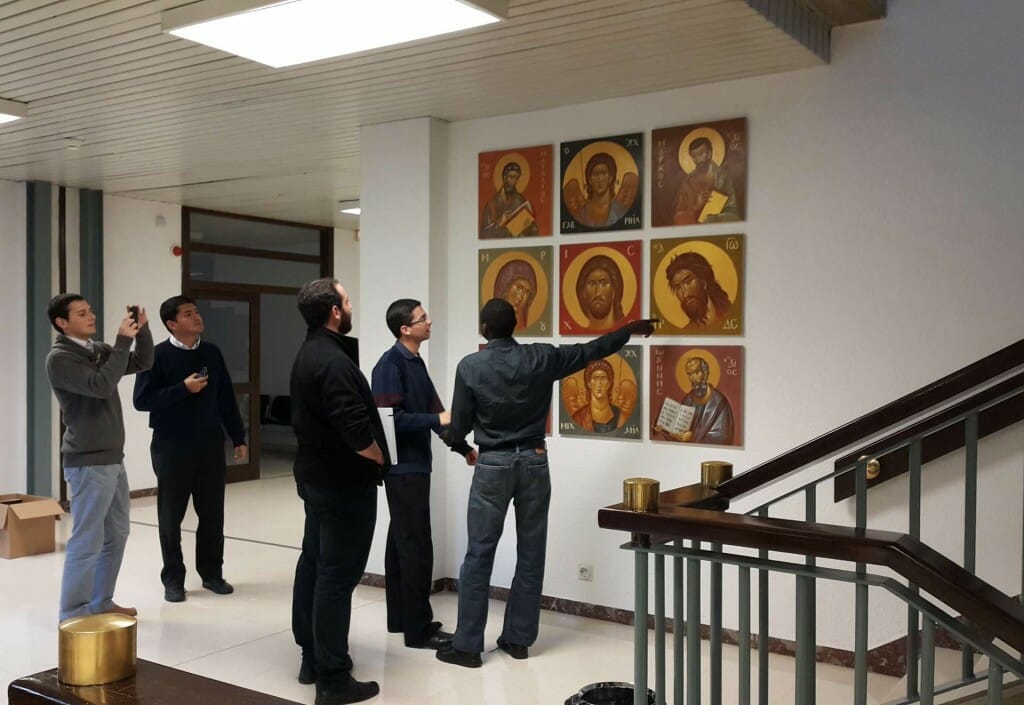 The truth is that when I was offered the possibility to set up a small exhibition on the occasion of the 34th Symposium of Art and Theology, organised by the School of Theology, University of Navarra, I did not have sufficient material, as I was moving and dismantling my workshop. On the other hand, as I did not want to miss this invitation, I thought of preparing a set of icons, which, although it might not be sufficient for an exhibition, could work as a kind of installation in the space where it would be placed. This is how I came up with the idea of preparing a Deisis, a brief iconographic programme which is very frequent in Byzantine and also in Romanesque and Gothic art.

Examples of historical Deisis compositions: A Mosaic at Vatopedi, Mt. Athos, and the iconostasis of Annunciation Cathedral at the Moscow Kremlin.

The Greek word Deisis (Δέησις) means “prayer” or “supplication” and it is used for the icon composition representing Christ in Majesty, accompanied by Virgin Mary, the mother of God, and John the Baptist, also known as the Precursor. This compact version of Deisis is usually placed in points of transit, such as the narthex, the corridor at the entry of churches, and it represents the elevation of our pleading to Christ through Virgin Mary and John the Baptist. 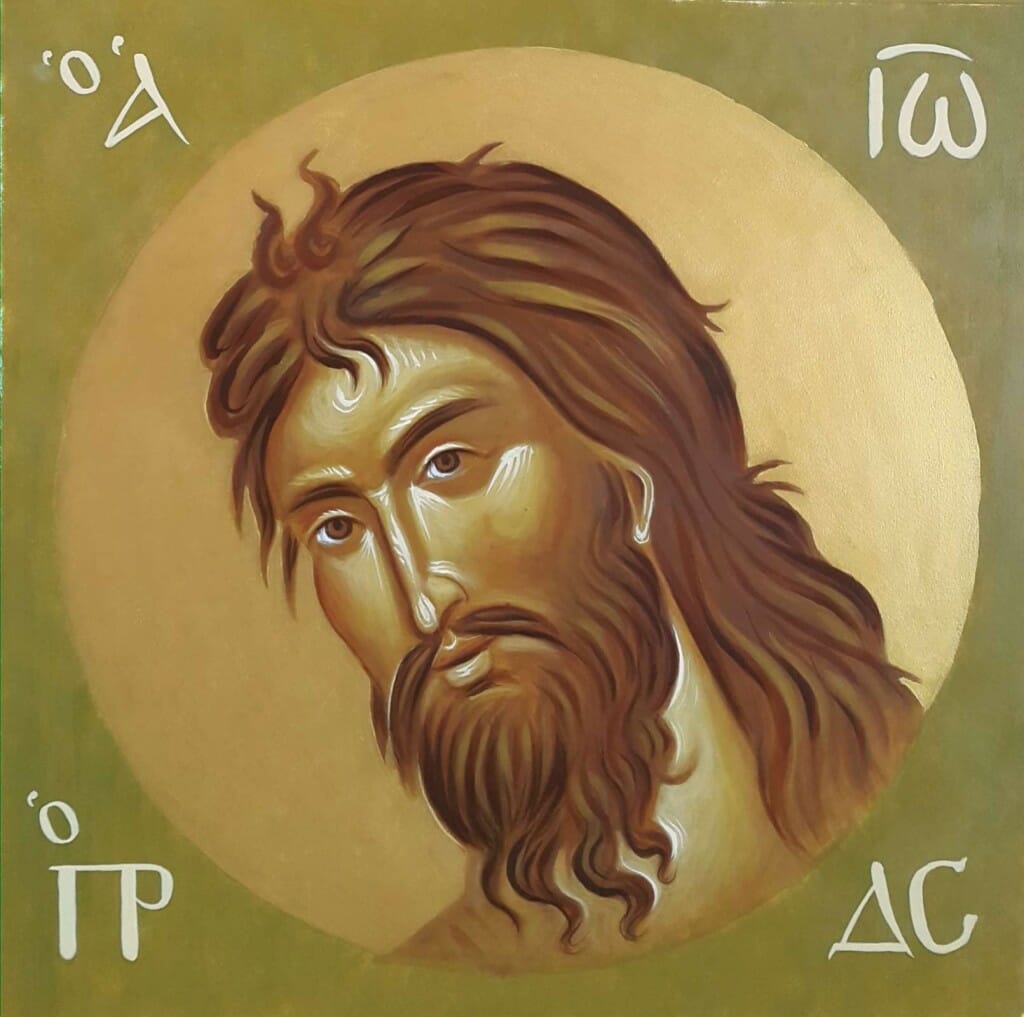 However, there are other versions of Deisis that comprise, apart from the three central figures, Archangel Gabriel and Archangel Michael, the Patron Saint of the Church, and the Apostles. In this enriched version of Deisis, all the mystical body of the Church is added to the mediation of Virgin Mary and John the Baptist, and it is normally the central theme of an iconostasis.

Therefore, having in mind the most neutral possible format regarding the neutrality of any possible space, I chose a 50 x 50 cm square module as the basic unit for elaborating the figures that would comprise Deisis, placing first the faces of the Virgin, Christ and John the Baptist in a horizontal zone.

Following that, I placed vertically the icons of Archangel Gabriel and Archangel Michael – the first one in the upper part as a messenger of God, bearer of the news of the Incarnation, and the latter one in the lower part as a representative of the fight against Evil.

Finally, in the quarters of the Greek cross that make up the previous images, I placed the figures of the four Evangelists, as a presence of the historic Church, witnesses of the fact of the Incarnation and transmitters of the Good News at the four cardinal points.

By placing these nine figures in a square form, I also wanted to reproduce the basic form of Orthodox churches, which consists in a symmetric cross inscribed in a square. In the centre of this form, there is the dome with the image of Pantokrator, supported by four pendentives, precisely where the figures of the four Evangelists are usually placed. 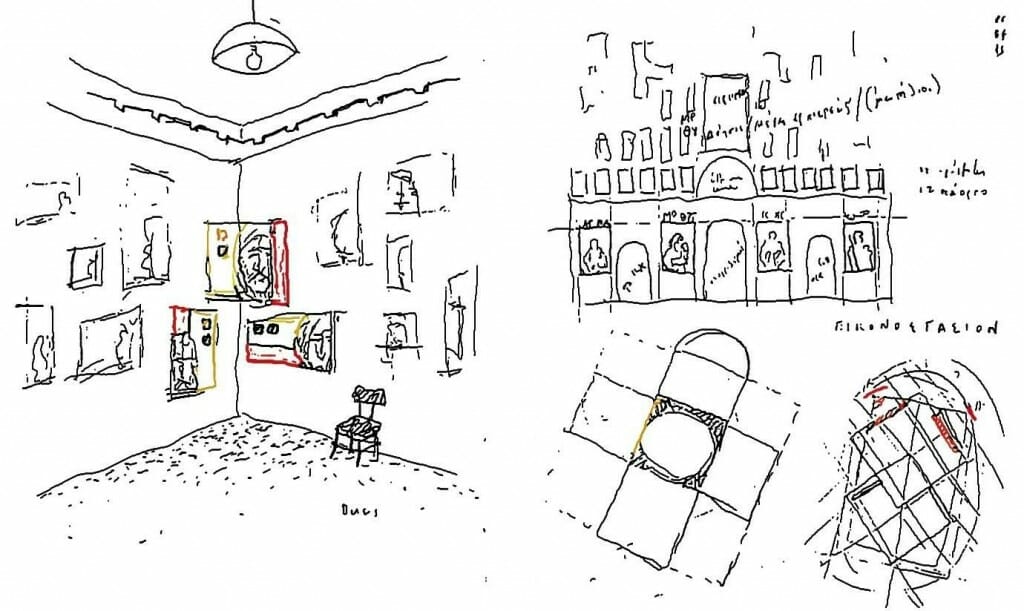 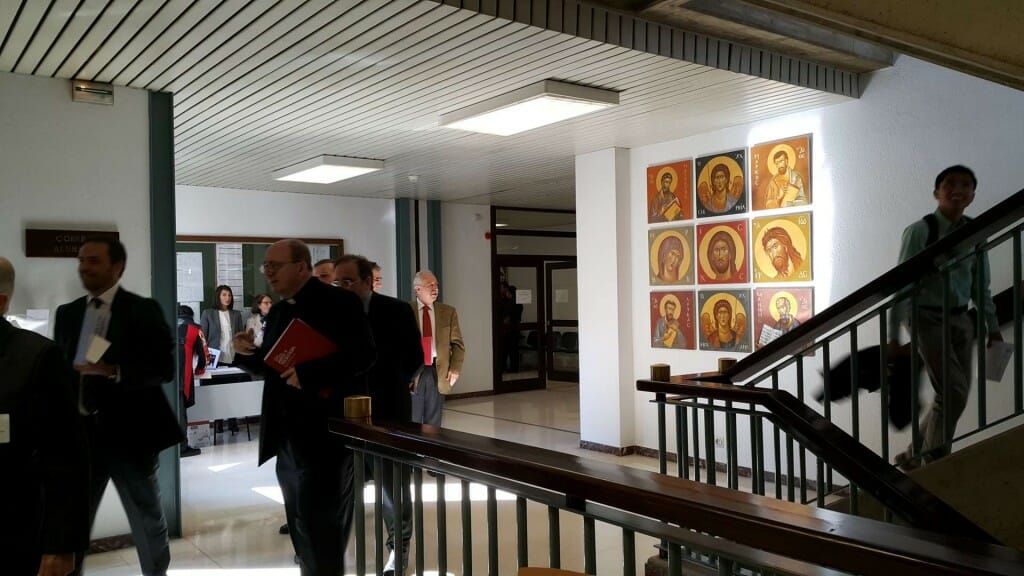 In this regard, I found the icon programme of Deisis perfect, bearing in mind the need to present a set of icons that would not be sufficient for an exhibition hall, but would function in the whole space as an installation of liturgical character, a kind of prayer in transit. 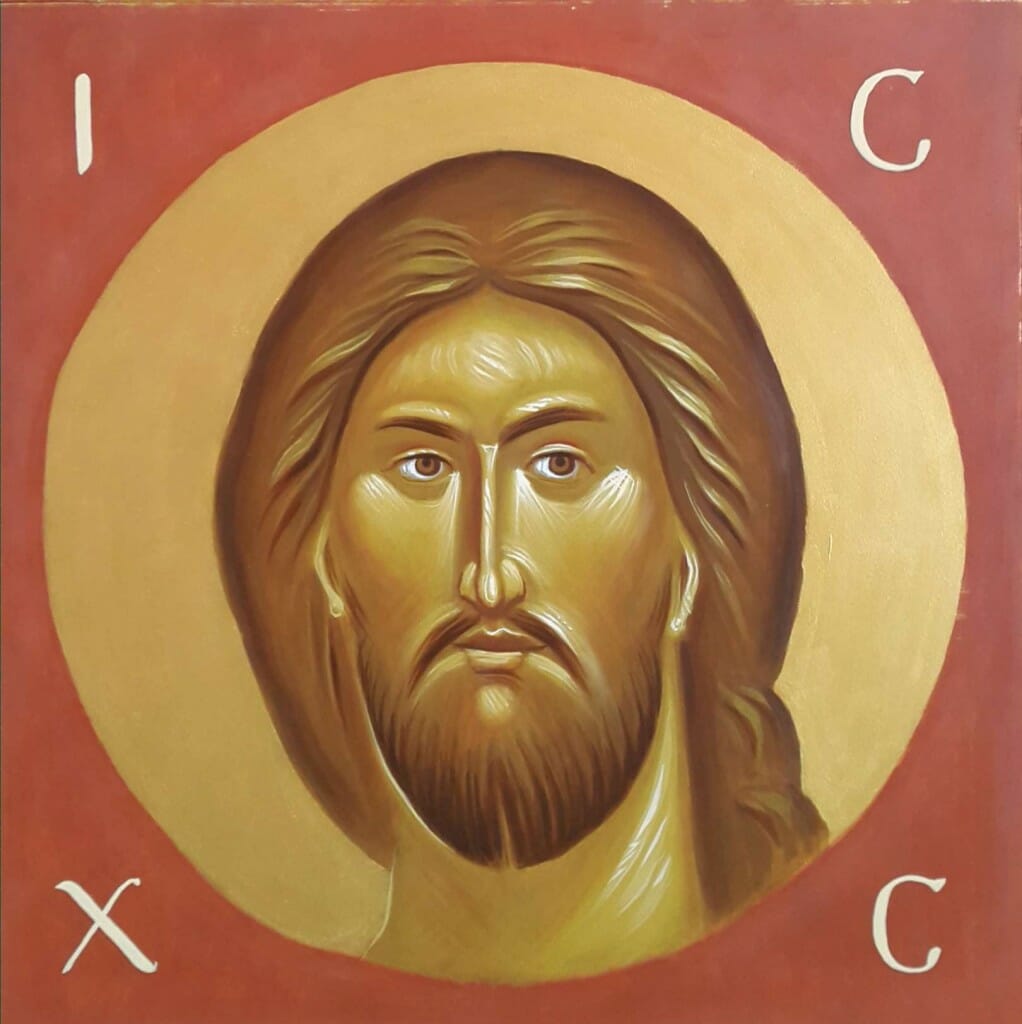 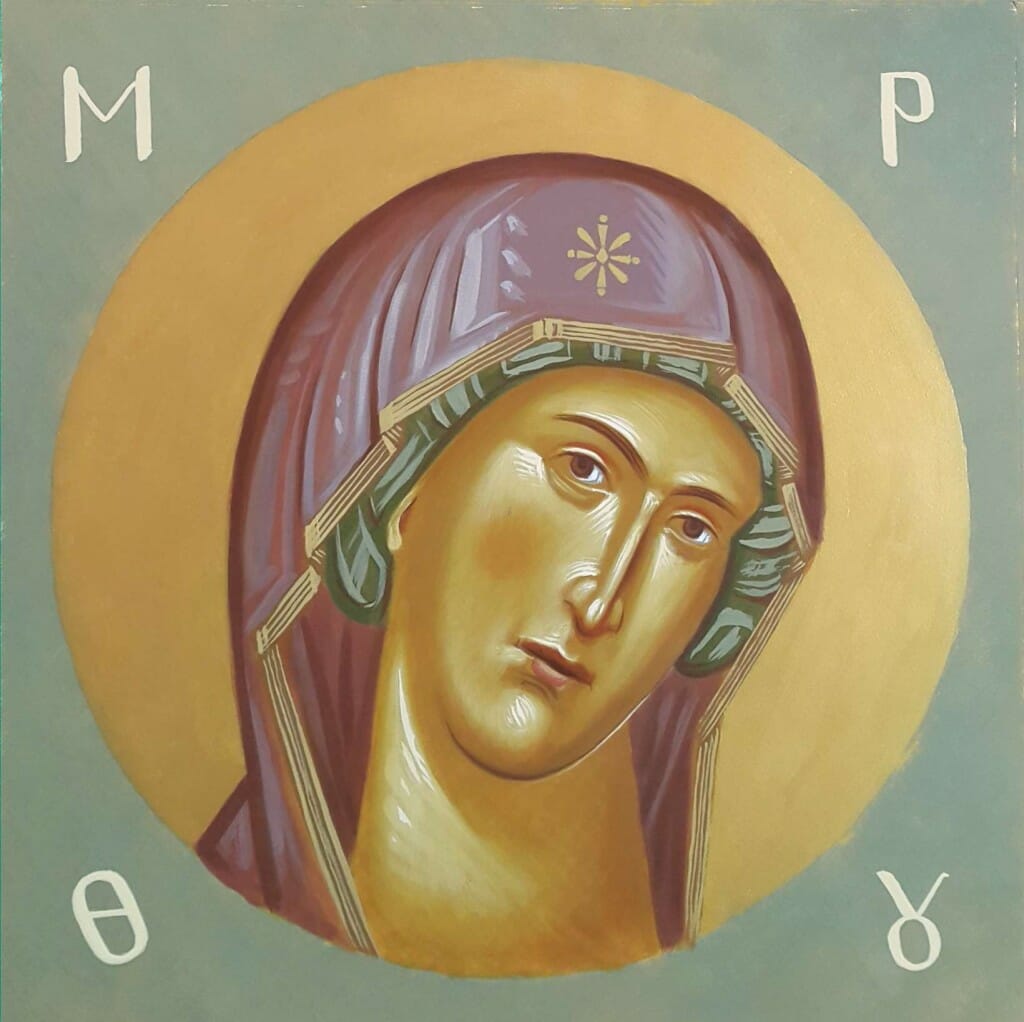 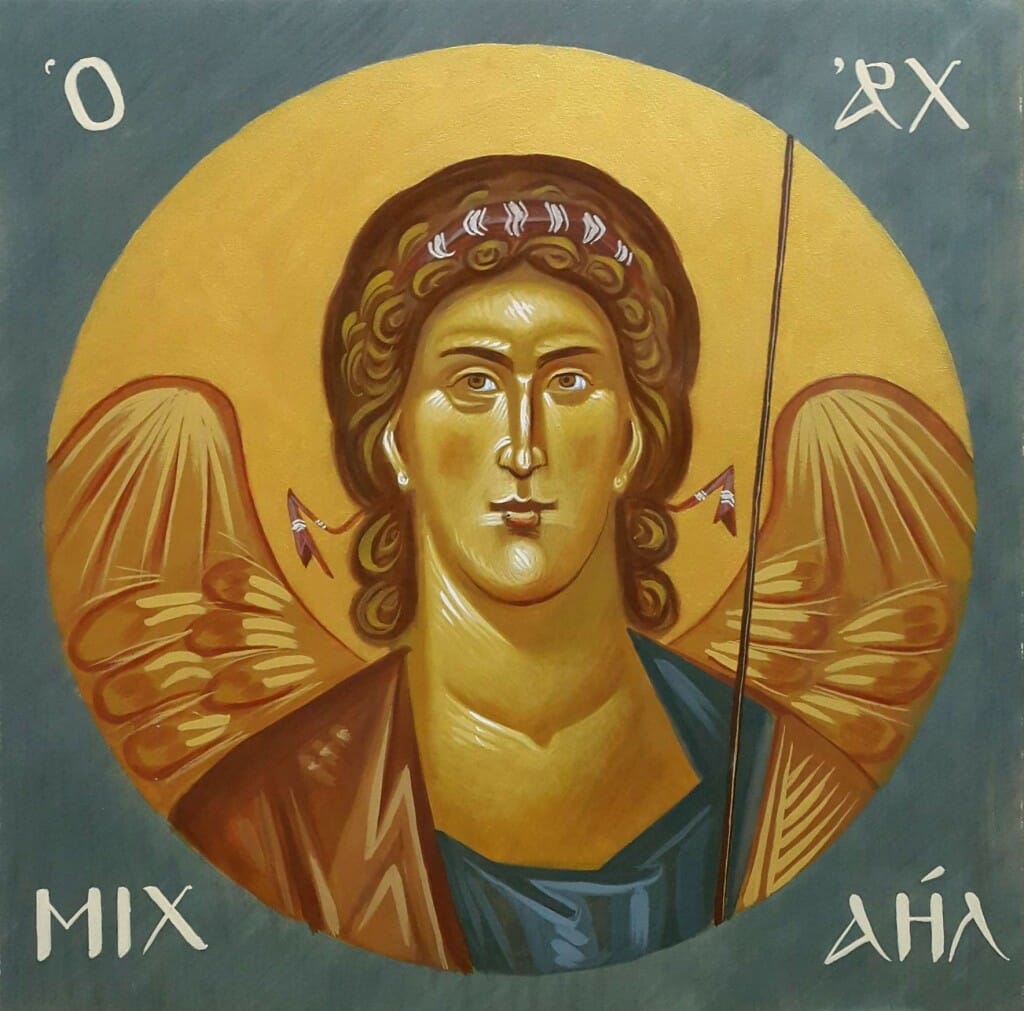 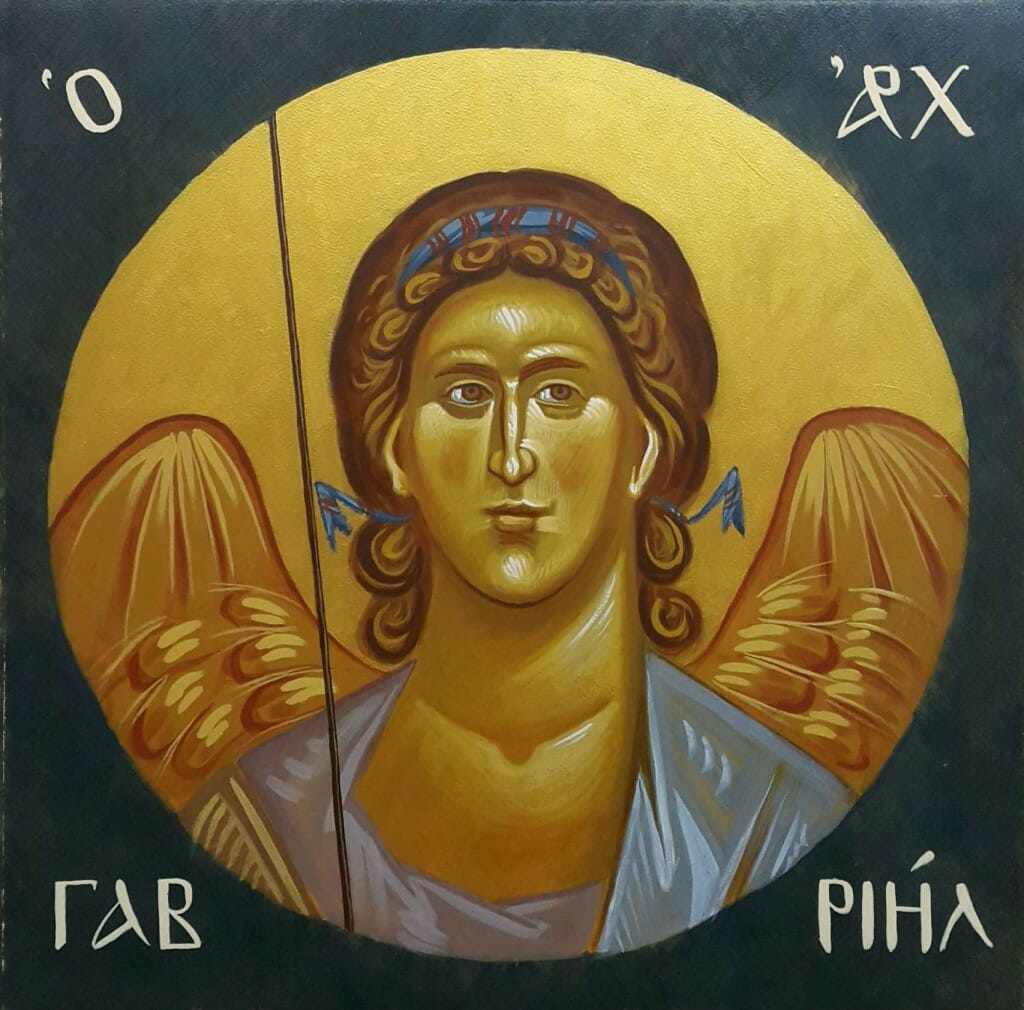 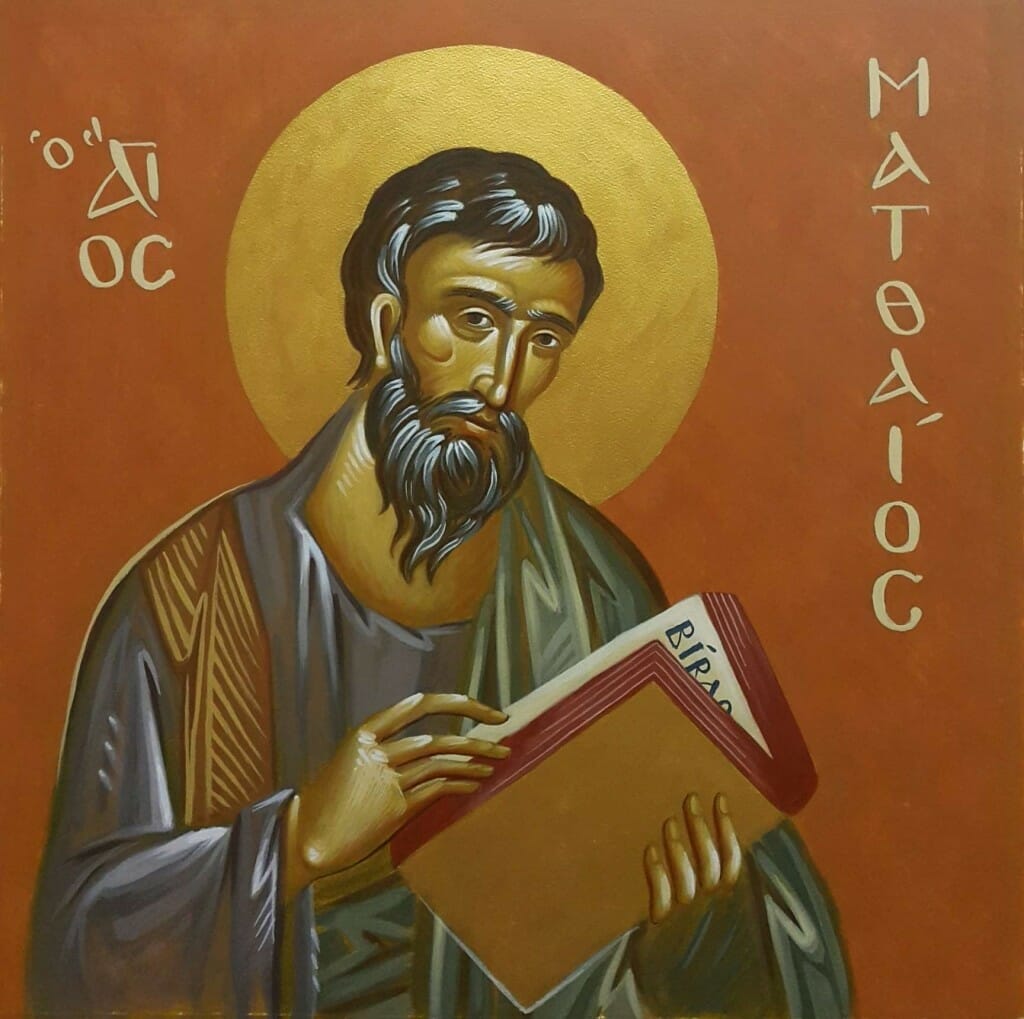 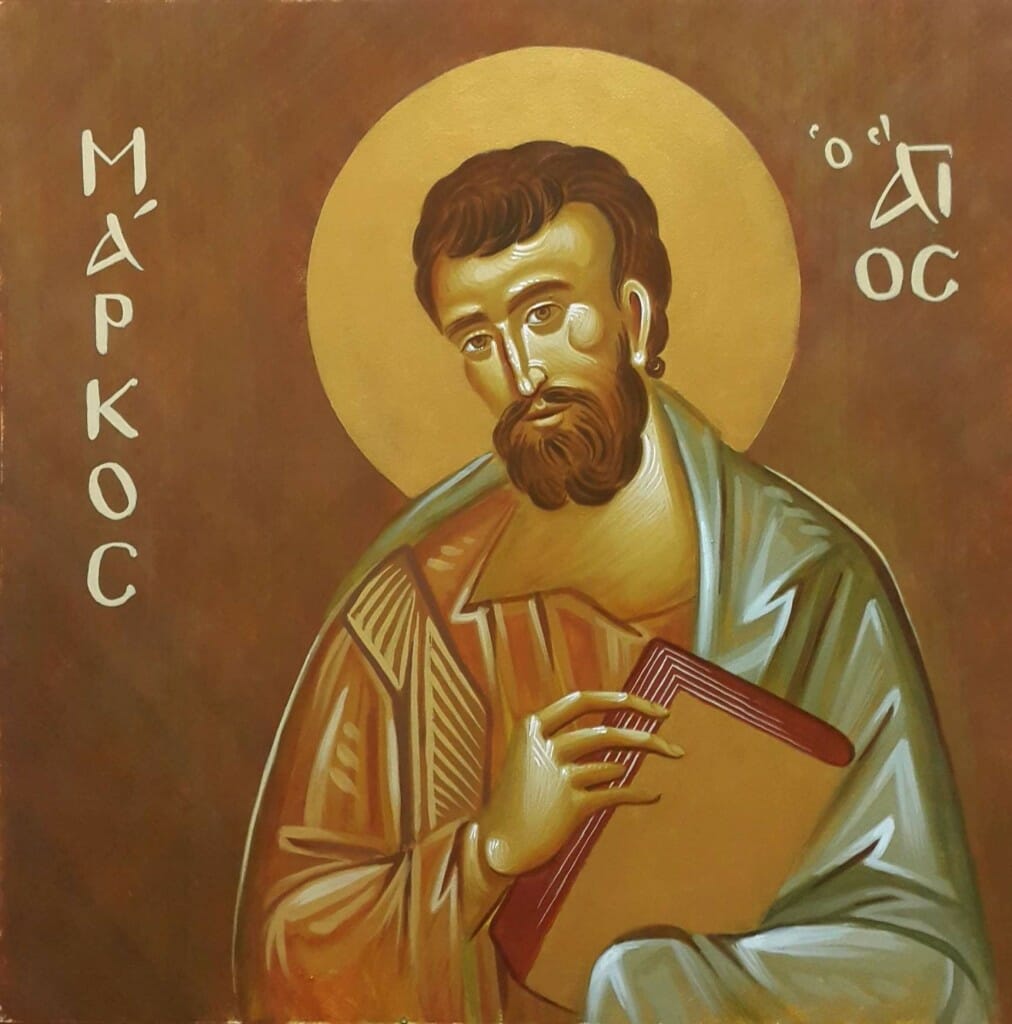 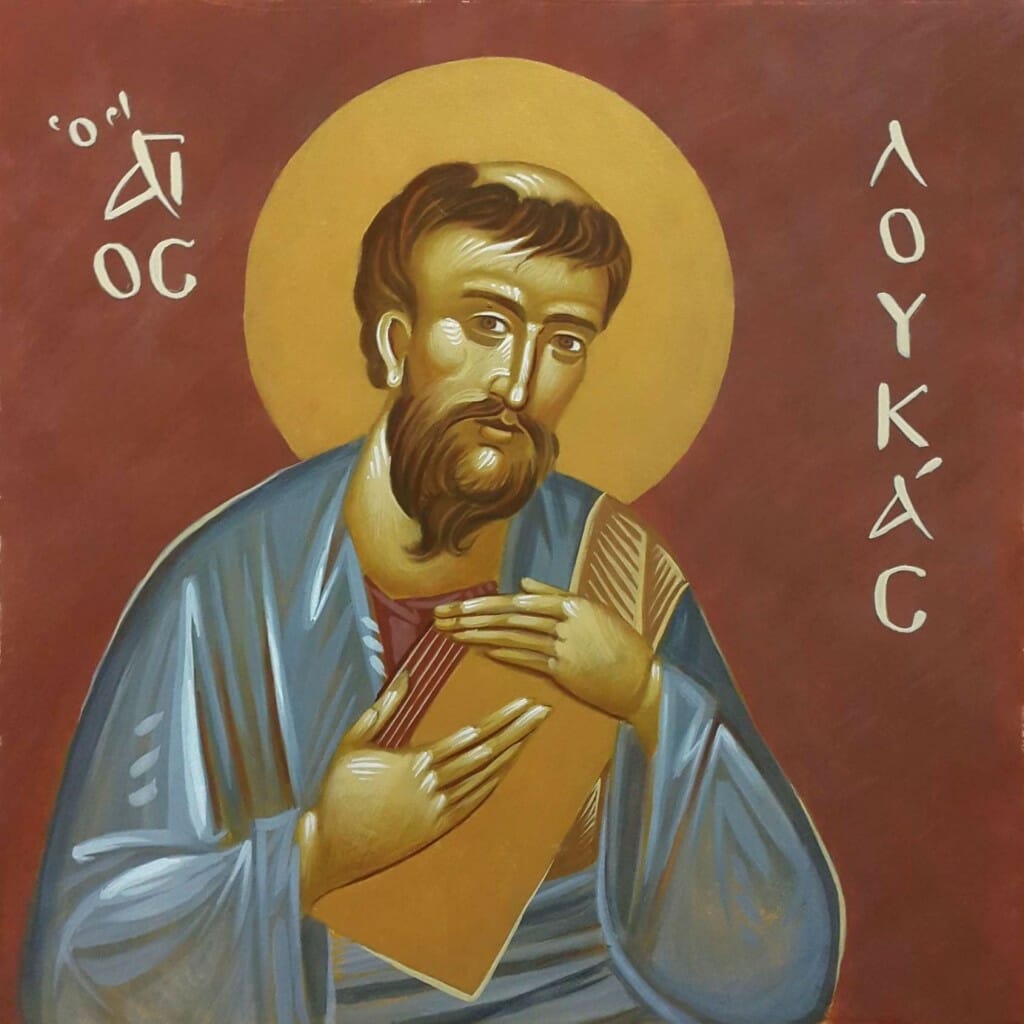 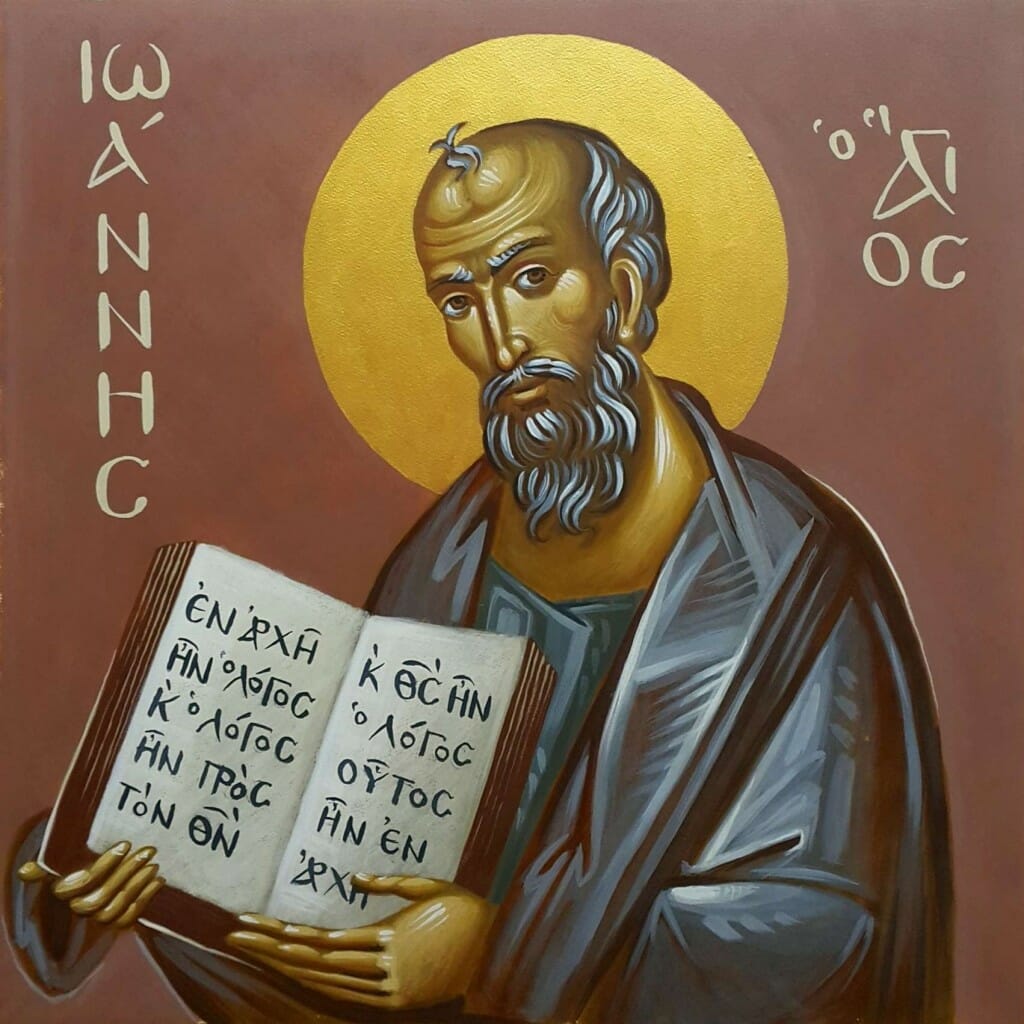 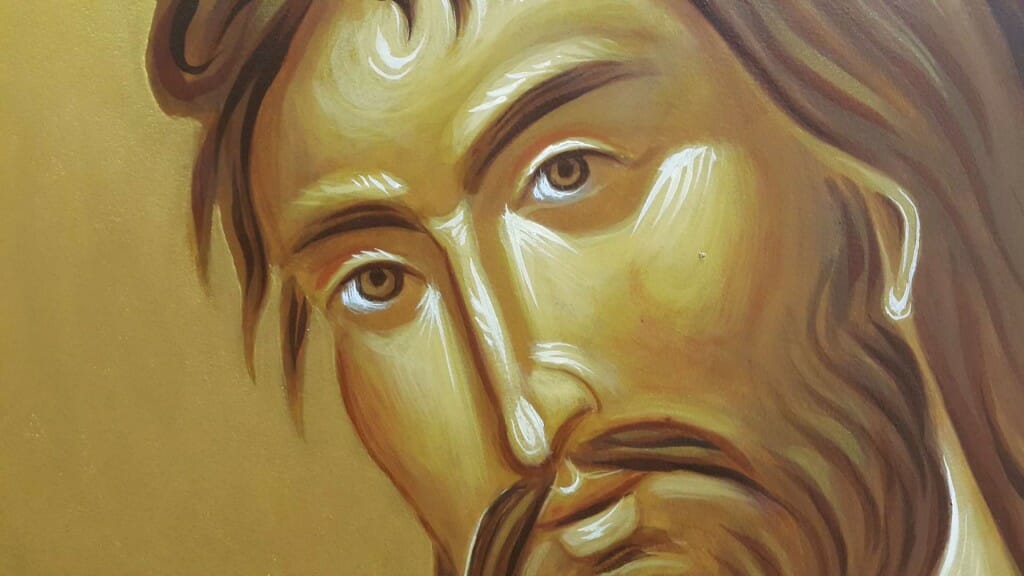 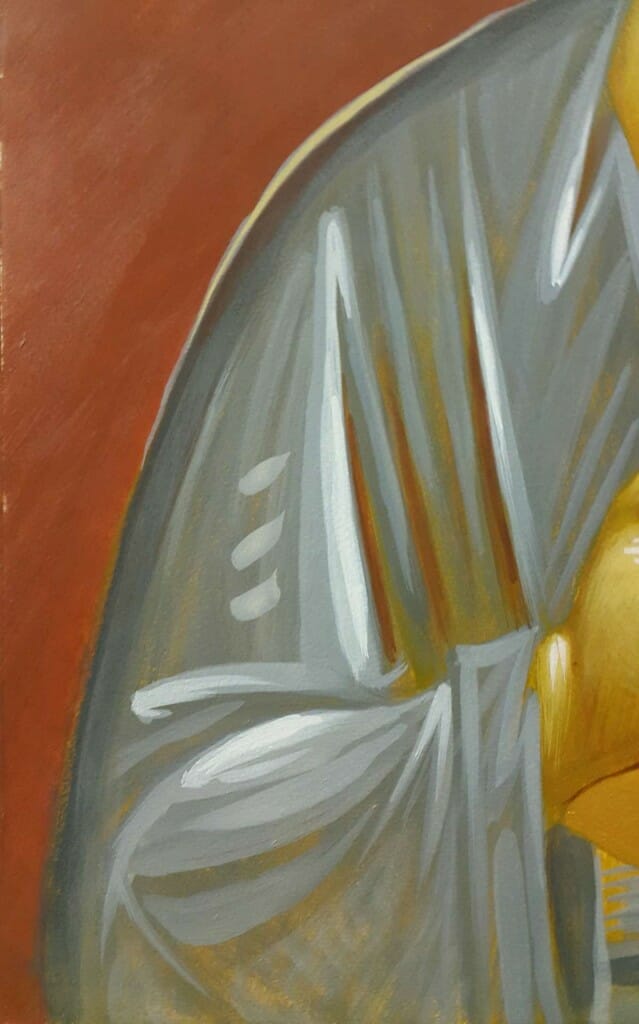 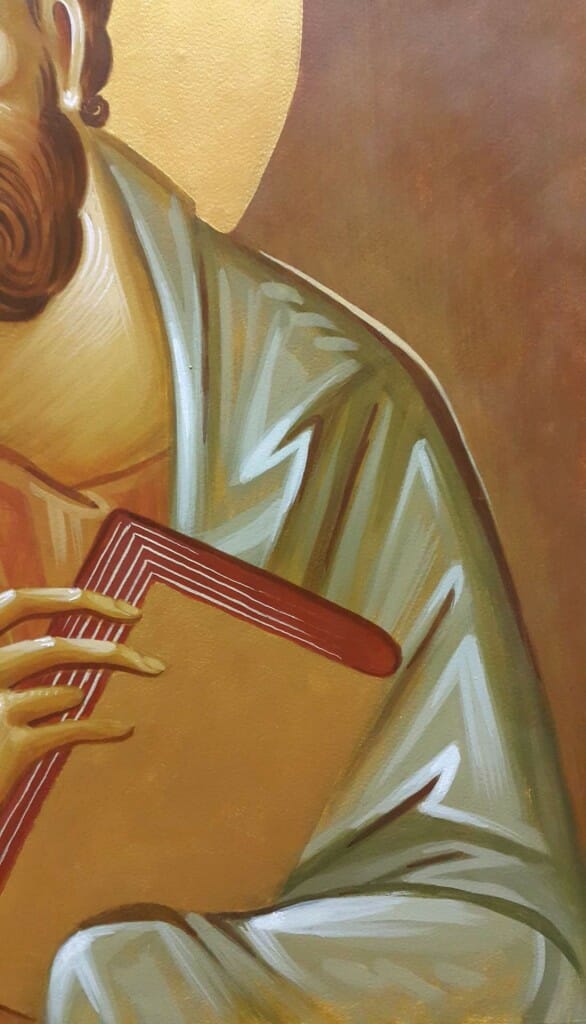 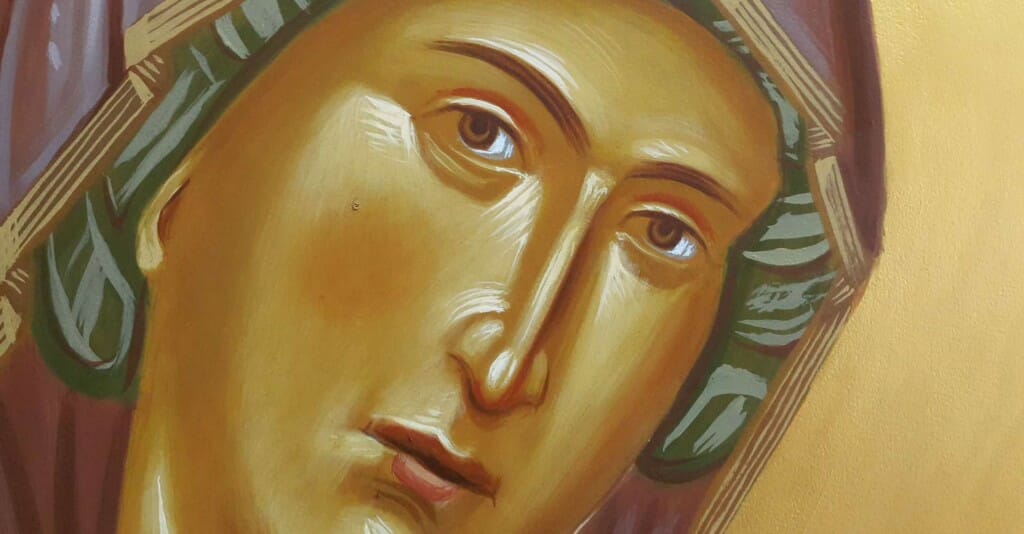 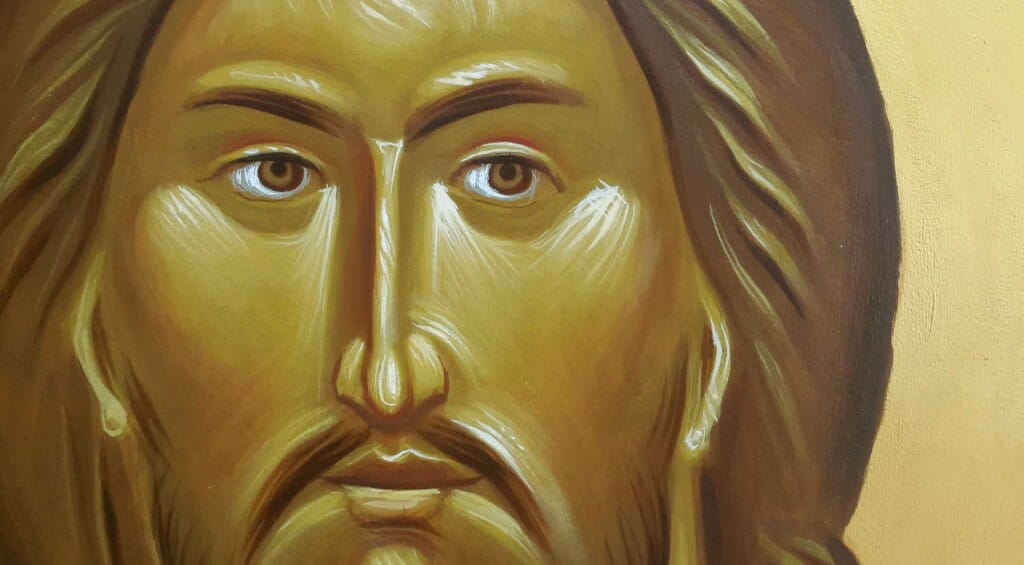