September 30, 2013The current state of things with the Saint John of Damascus Society’s Psalm 103 project

The Saint John of Damascus Society needs your help 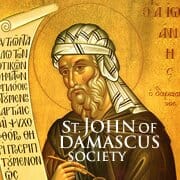 The Saint John of Damascus Society has announced a new collaborative effort that we’re really excited about, and we need your support and participation!

The background: Hal Sabbagh, the president of our executive board, was inspired by the apparent discovery last summer of the Higgs boson to develop with me and the rest of the board a multimedia composition project that is meant to be thought-provoking about issues of faith and science, and what the Orthodox liturgical tradition might have to say about such questions.

The project: There are three phases. The first phase is that we will commission a collaborative setting of the Vesperal psalm, Psalm 103 (104), to be composed by six currently active composers in different Orthodox traditions:

The six of them will each set a portion of of Psalm 103 in their own particular idiom, with particular effort given towards making sure that transitions from one to the next are as smooth as possible. This will be challenging, and part of the first phase is to bring them to Bloomington, Indiana for a weekend so that they can work together in person to work out creative challenges like this. They will also give a public presentation on their collaborative effort on the Indiana University campus, with this presentation likely including a reading of excerpts from the in-progress score. Once the score is completed, we will publish it.

For the second phase, we will record the piece with a professional vocal ensemble and release it through usual distribution channels. We have not yet decided on which vocal ensemble we will ask to do this, but we will be looking to make the best recording possible of the composition. We’re going to do it with a Rolls Royce of a choir, or we aren’t going to do it.

For the third phase, we will commission a short film to accompany the score. Exactly what this film will look like will be up to the creative decisions of the filmmaker (again, TBD), but the working concept is that it will be made up of images that match the psalm’s language of creation, from the microcosmic to the macrocosmic.

Where we’re at now and how you can help: We are working on this one phase at a time, and we started a Kickstarter campaign on Tuesday, 16 April to fund the first phase. We’ve got a month to raise the money, and we’re trying to raise a relatively modest amount, $7,500. I should say that we’re trying to raise at least that much — since Kickstarter is all or nothing, better to overshoot. To put that number in perspective — the average pledge on Kickstarter is something like $69, which number would require 109 pledges to fully fund our project. We have almost 500 “likes” on our Facebook page, and if everybody pledged as little as $13, we’d be fine. We’re taking the “many drops make an ocean” approach — we’re looking for lots of little pledges, not a small number of big pledges. We want participation and awareness so that we have a built-in audience moving forward!

The Kickstarter page, with FAQ, video, and other details, is here: http://www.kickstarter.com/projects/1566059538/psalm-103-for-the-creation-of-the-whole-cosmos

More information about the project’s origin is here: http://www.johnofdamascus.org/2013/04/with-wisdom-all/

Many thanks for your prayers and support! 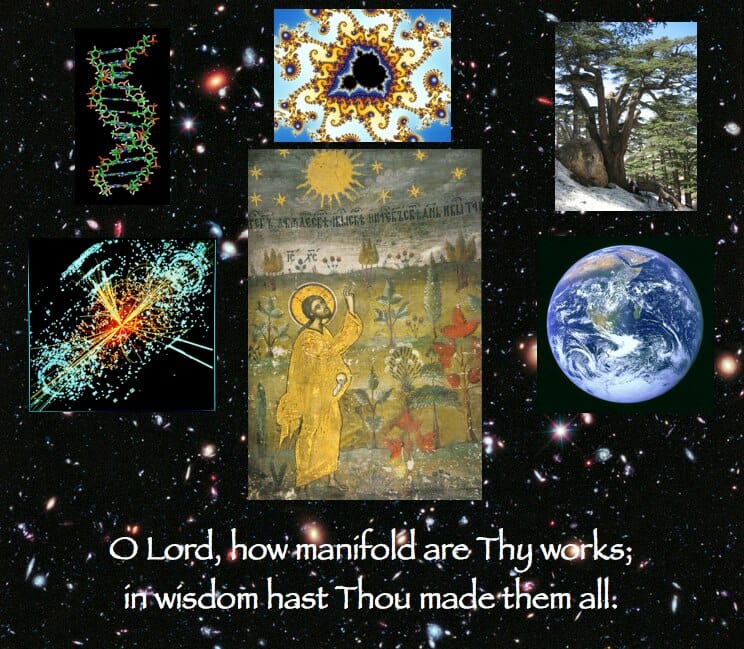