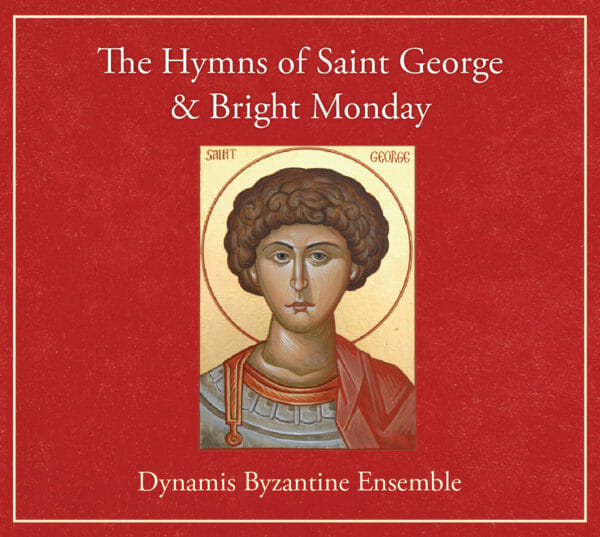 Byzantine chant is an ever-evolving art form, responding to the advances put forth in both music and hymnography by the great personalities who have shaped it, such as Saint Romanos the Melodist, Saint John of Damascus, Saint John Koukouzelis, and Peter the Peloponnesian. However, all the men mentioned above were active within a wider movement of artistic creativity, a gradual shift of communal artistic production in which these figures were a part of, albeit a key part. English language Byzantine chant in North America is going through a similar explosion of artistic creativity and production. The two artistic aspects that English language Byzantine chant has manifested in the recent decades are translation and composition.

I have been a cantor in the Orthodox Church in both the Antiochian Archdiocese and Greek Archdiocese for 17 years. Along with my experience of chanting in several parishes, I have performed with several Byzantine chant ensembles such as the Greek Byzantine Choir, the Archdiocesan Byzantine Choir, Psaltikon, the Holy Cross Seminary St. Romanos Byzantine Choir, and Cappella Romana, as well as lived in several different regions of the United States and so have been exposed to many fellow cantors across the country. I also have been part of a small network of Byzantine chant composers in which we all exchange our work and provide feedback and comments on methodology and application of composition in English. As such, I have been a witness to this explosion of Byzantine chant proficiency and artistic creativity that has taken place in the past twenty years. However, there is a dearth of professional, high-quality recordings provided of the ever-expanding repertoire of English compositions. While there is some excellent work by Cappella Romana in their English Divine Liturgy Project and their Sun of Justice albums, as well as a selection of one-time recorded albums – such as the album from the Chicago-based Panagia Koukouzelissa Choir, The St. Romanos Byzantine Choir recording of Holy Thursday, and The Voice of the Lord album for the Theophany School in Needham, MA – there is not a dedicated project with the sole focus of searching out and presenting the best of English Byzantine chant in a professionally recorded format. In May of 2018, I decided to take on providing an avenue of sustained infrastructure dedicated to professionally recording the best English language cantors in North America chanting selections from the best available English language Byzantine music scores. I have named this initiative the English Hyphos Project.

Hyphos (pronounced ee-fos) translated literally from Greek simply means “style”. However, in the context of Byzantine chant it has taken on a deeper meaning, referring not just to the stylistic choices of a cantor, but many times referring to who they learned from, what chosen stylistic school they have incorporated into their sound, and can even reflect what geographical region or influence they have in their vocal production. It is a term used with great reverence when referring to revered master cantors that in Greece, Asia Minor, and Lebanon have attained a level of notoriety for the excellent way in which they chant. Many factors go into the development of an hyphos, and one of these factors is the chosen language. Arabic chant has a different character than Greek chant or Romanian or even Slavonic Byzantine chant. With the proliferation of English Byzantine chant, different styles unique to English have developed and been refined, so the term “hyphos” has been used to describe the essence of this project.

I decided to assemble a small ensemble with the goal of producing a choral-style Byzantine chant album that would resemble some of the albums recorded by the ensembles that have influenced me over the years: the Greek Byzantine choir, Ergasteri Psaltikis, Maistores, Mt. Lebanon Choir (SEM), and several other ensembles from Greece and Lebanon that I have listened to with admiration. I flew in some of the best English language cantors I personally have known over the years, and also recruited from the local area of Phoenix from many of my personal students and fellow cantors. We recorded over July 23rd-24th, 2018 a selection of the hymns that are chanted during the Vespers, Matins, and Divine Liturgy services for St. George on Bright Monday.

St. George is one of the most revered saints in Eastern Orthodoxy – greatly revered in both the Ecumenical Patriarchate of Constantinople and the Antiochian Patriarchate jurisdictions specifically. Because of the reverence for him, his hymns have been recorded in both Greek and Arabic many times over by excellent cantors. This project attempts to provide a recording in English to add to the tapestry of wonderful recorded offerings of St. George’s hymns in other languages. The overlap with Bright Monday reflects the reality that in many years, when St. George falls before Pascha (a more common occurrence on the New Calendar), his feast is moved to Bright Monday, which happens this year in 2019 on the New Calendar. With the coinciding of Bright Monday, the hymns dedicated to St. George are paired with the hymns of Pascha, giving the project a beautiful dual theme of the commemoration of a great martyr saint along with glorifying the life-bestowing Resurrection of Christ. In the assembling of the hymns, we were able to also chant hymns in seven of the eight modes in Byzantine chant, with only Plagal of the Fourth not being represented in our selection of hymns.

The Compositions and Translations Used

While the realization of a hymn – as it is chanted and heard by the congregation – is what hymnography and composition are designed for in Byzantine chant, there are many steps up to the point of realization that are meant to maximize the artistic and spiritual effect of the hymnography. In English, translation is as key of a component to how well hymns are chanted as composition and the cantor’s ability. Poorly translated hymns are harder to render well for a cantor, and even if rendered well, can have little effect upon the listening congregants. With this in mind, we poured great effort and discernment into the translations we selected and even created specifically for the album.

I commissioned the Idiomela of St. George to be translated by George Duvall, an accomplished translator and Protopsaltis of Holy Trinity Greek Orthodox Cathedral in Phoenix, AZ. He willingly provided them, and the advantage his translations gave us were a dynamic, poetic set of English hymns perfectly designed to be able to set to music. I proceeded to set the idiomela in the short sticheraric style. Assistant Director Gabriel Cremeens, an experienced and prolific composer in English, provided his editorial assistance and feedback, and so over a few weeks we had produced high quality settings for the Idiomela.

For the Paschal Canon, Gabriel and I and three others who also sang in the ensemble – Phillip Carl Phares, Peter George, and Robert Seidel – diligently worked as a committee on translating and editing a metered canon. We metered the Heirmoi (the pattern melodies for each Ode of the Canon) exactly as in the Greek, and in the proceeding troparia we studied the metrical alternatives in the original Greek to observe the metrical license St. John of Damascus took in his work, and then allowed ourselves a similar amount of ‘freedom’ in the troparia of the Canon. After we finalized the text for the 1st, 3rd, and 9th Ode, I set them based on the melodies found in the Heirmologion of Petros Byzantios 1825 AD, the Heirmologion of Ioannis Protopsaltis 1903 AD, and also the oral tradition of how the canon is commonly chanted in the traditional centers of Byzantine chant (such as the Patriarchate of Constantinople and Mount Athos).

For the Eklogarion, I compiled the appropriate English psalmic verses from translations provided by Nicholas Roumas. My source for the appropriate verses was the Eklogarion of the Ecumenical Patriarchate published in 1793 AD. Afterwards, I listened to as many recordings of the Athonite Plagal of the Second “Nenano” style of chanting the Eklogarion, and then studied the composed works of Dr. Ioannis Arvanitis, who has set nearly every Ekloge in the “Nenano” mode. I then attempted to do my own, and Gabriel provided editorial assistance.

The Communion Hymn is Gabriel Cremeens’ adaptation into English of the hymn used for many highly commemorated saints, “In everlasting remembrance shall the righteous be. Alleluia.” This Third Mode setting in Greek was originally done by the renowned seventeenth century composer Petros Bereketis, but had been lost to history, as it had not been transcribed into the Chrysanthine Notation of 1814 AD (the modern Byzantine notation system used today by cantors) and remained only in the old notation in manuscript form for over 200 years. However, Dr. Ioannis Arvanitis, a scholar who is the foremost authority on the old notation, transcribed it a few years ago, and remarkably provided the transcription on the internet for free. Gabriel took his transcription and adapted it to the English text.

The Dogmatic Theotokion is a work by Nicholas Roumas from his book The Musical Ark. I would encourage anyone to please check this book out if they have not, it contains many fantastic settings of hymns in English and Byzantine notation.

The Great Prokeimenon and Doxastikon of Pascha in the short sticheraric style were provided to us by John Michael Boyer, Protopsaltis of the San Francisco Metropolis (GOA). His compositional work is exemplary, and some of it can be seen at Cappella Romana’s website CappellaRomana.org.

The Doxastikon of Pascha in the long sticheraric style is an adaptation/composition done by Dr. Ioannis Arvanitis. He provided this hymn back in 2014, and Gabriel Cremeens typeset it. This long sticheraric setting of this hymn is traditionally chanted in Greece and at the Ecumenical Patriarchate at the Aposticha of ‘Agape’ Vespers – the Vespers of Bright Monday. Since we had this wonderful work now in English, we chose to record it and attempt to demonstrate its power and meditative beauty.

Our offering is an album I am very proud of. We recorded everything on a shoestring budget, and my fellow cantors came and performed on this project for free as a labor of love. To them I am more than grateful for their sacrifice and enthusiasm in executing this project, as well as to all of those who have supported us so far by purchasing the CD. If you wish to purchase the CD or donate to our efforts or even just listen to a sample from the album, please visit DynamisEnsemble.org.

A sample track of the album can be heard here: