January 15, 2014Santa Maria Antiqua – The Heart of the East in the Centre of Rome

The Ancient Churches of Spain 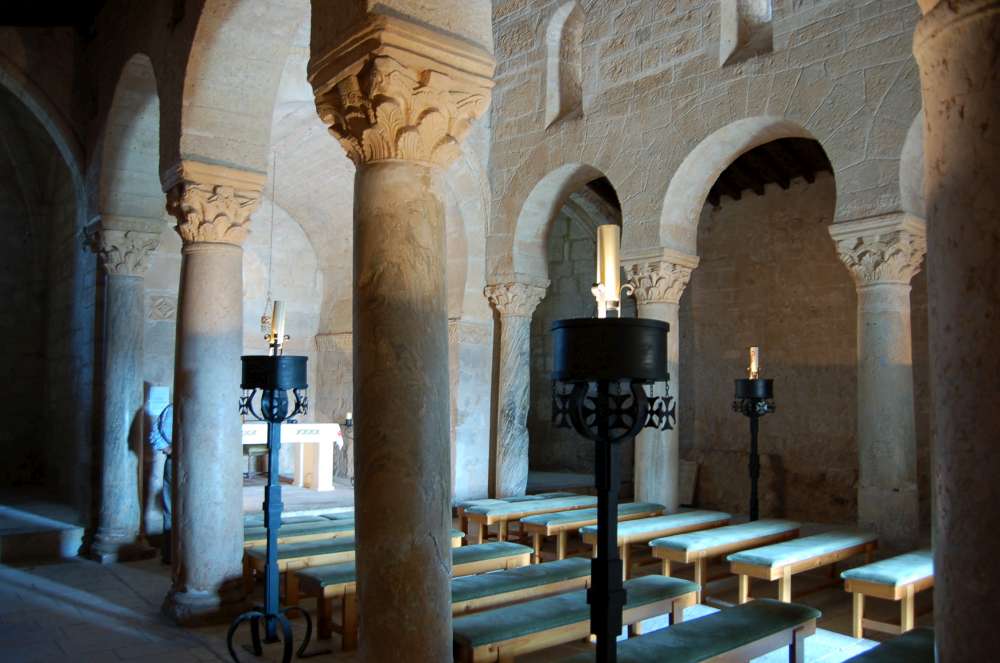 I would like to call attention to some of the ancient churches of Western Europe which predate the Great Schism. These churches offer a glimpse of Western Orthodoxy as it once was, and as such, offer us some suggestions for Orthodoxy in the West as it could be today. European churches of the 7th to 11th century are generally classified as “Pre Romanesque” architecture. They represent a continuation of Imperial Roman building traditions. Although the scale of these buildings is usually modest, and the craftsmanship sometimes rustic, their fundamental aesthetic remains Late-Roman. They favor simple rectilinear volumes beautified with marbles and fresco. In this post, I will introduce some of the ancient churches of Spain.

In the 7th century Iberia was ruled by the Visigoths, and the oldest church still standing in Spain was built by the Visigothic King Recceswinth in the year 661. The Church was dedicated San Juan de Banos in reference to a miraculous spring on the site. It is built of dry-stacked ashlar stone, and is a simple basilica of three aisles. The arches are all slightly horseshoe-shaped, a most poetic architectural feature that was apparently invented by the Visigoths (though it sporadically occurred also in ancient Syria). Today, the horseshoe arch is popularly called “Moorish”, because the Iberian Muslims used it with great flourish. But it is interesting to note that the arch predated Islam, and it was at these Visigothic churches that the Moors discovered the shape, which then spread eastward across the Islamic world. 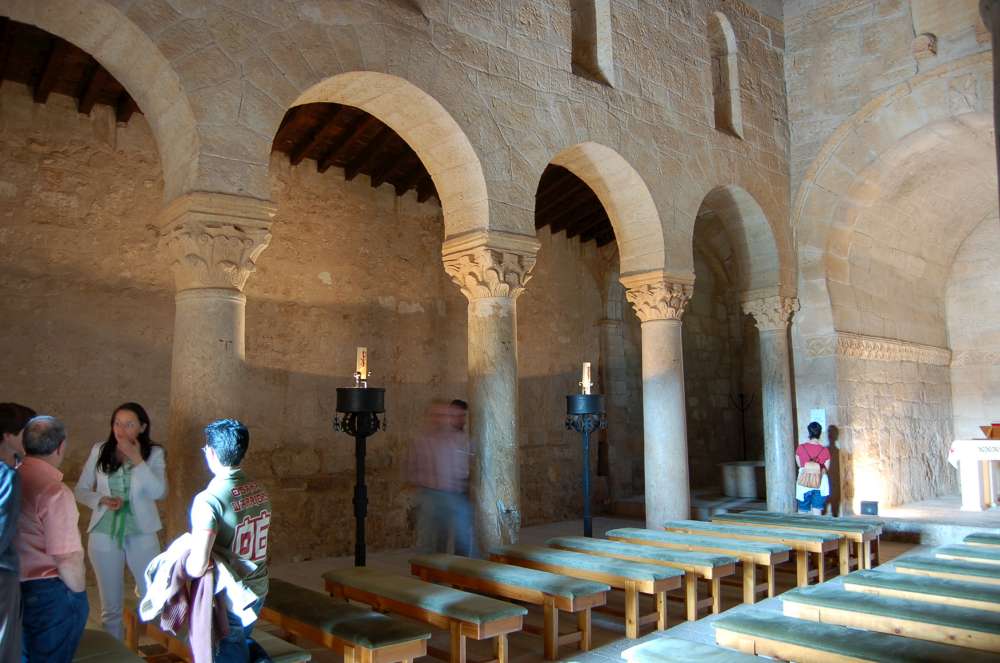 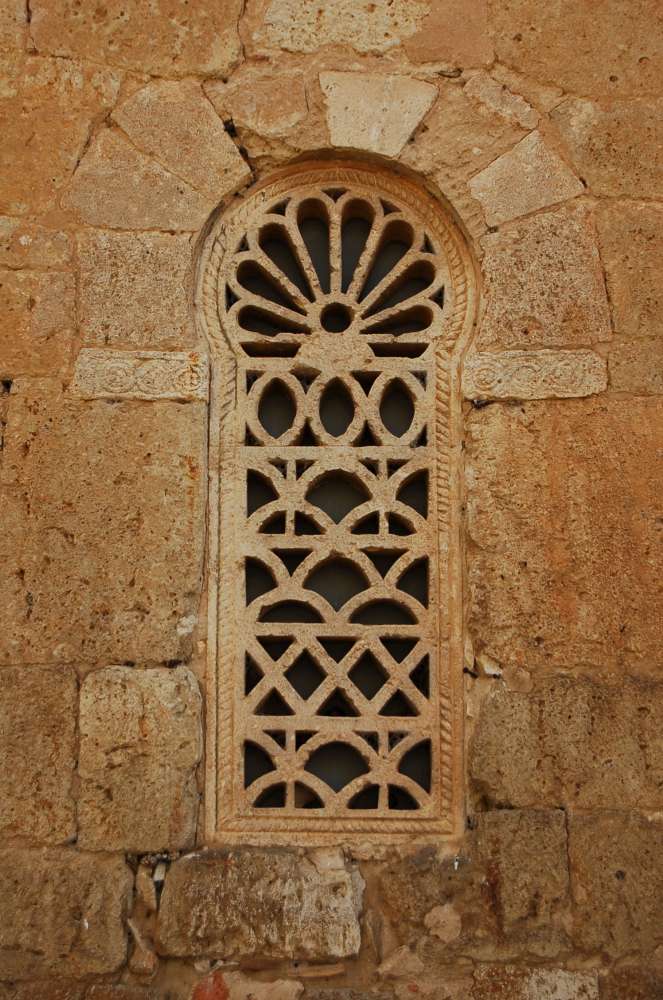 The simple basilica form with its horseshoe arches remained the favored form for churches for centuries, even after Iberia had been conquered by the Muslims. The rather similar Church of San Miguel de Escalada was consecrated in 951, and is known as a Mozarabic church, for having been built under Islamic rule. 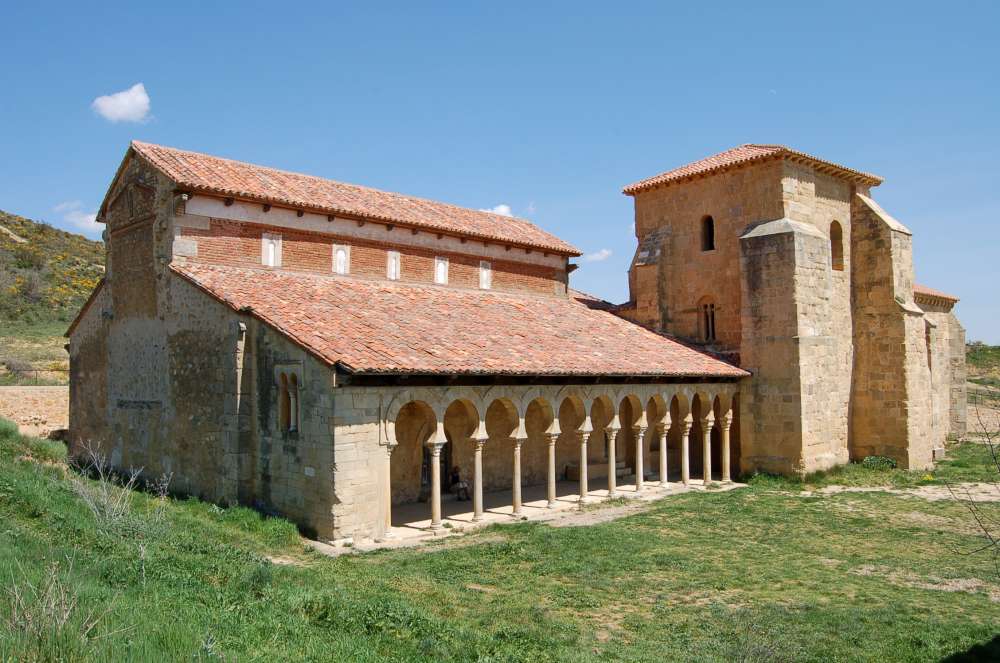 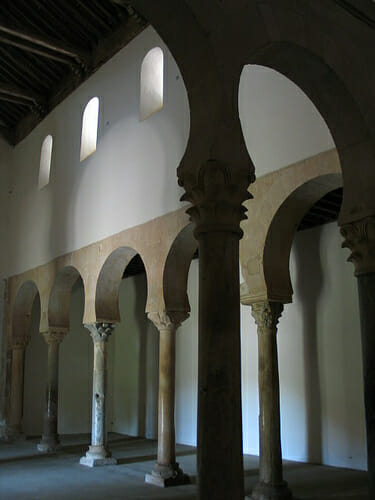 On the north coast of Spain, well protected by steep mountains, there was the small Christian kingdom of Asturias which never fell to the Moors. Here one can find a grouping of very interesting churches which look more Byzantine than Visigothic. The earliest and grandest is the church of San Julian de los Prados, built c. 830 in the Asturian capital, Oviedo. This church has a voluminous interior with a distinctly Imperial Roman feel. The arches are semi-circular and very large and the walls are completely frescoed with purely decorative imagery. Most beautiful are the windows – lattices cut from huge slabs of stone, very much like the windows of contemporaneous Byzantine churches. 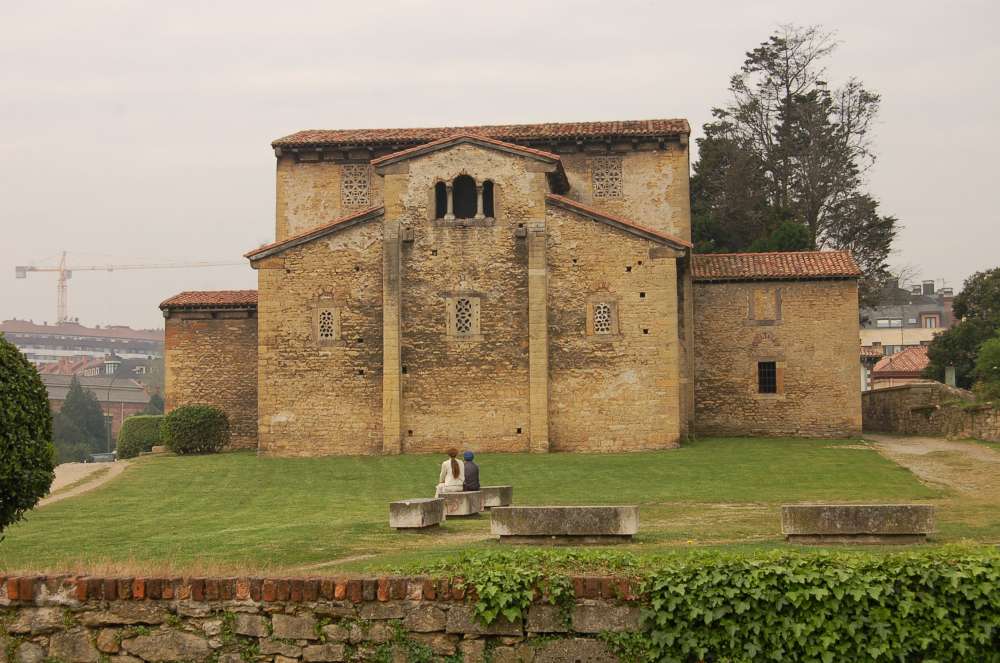 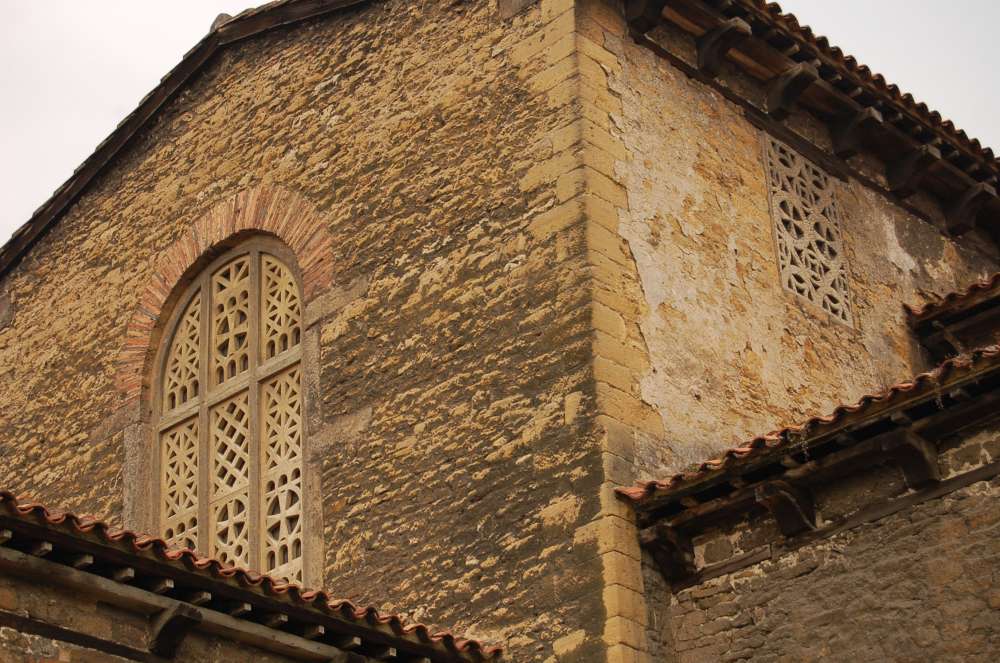 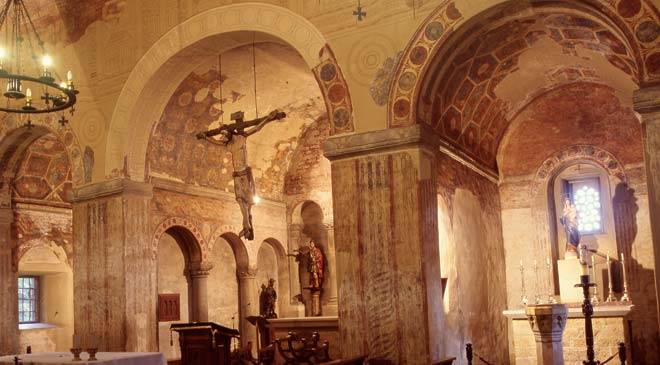 Santa Maria del Naranco, built in 848, was a royal chapel and has elevated porches for viewing the royal hunting grounds. The vertical proportions and triple arches have a distinct sympathy with Byzantine design. 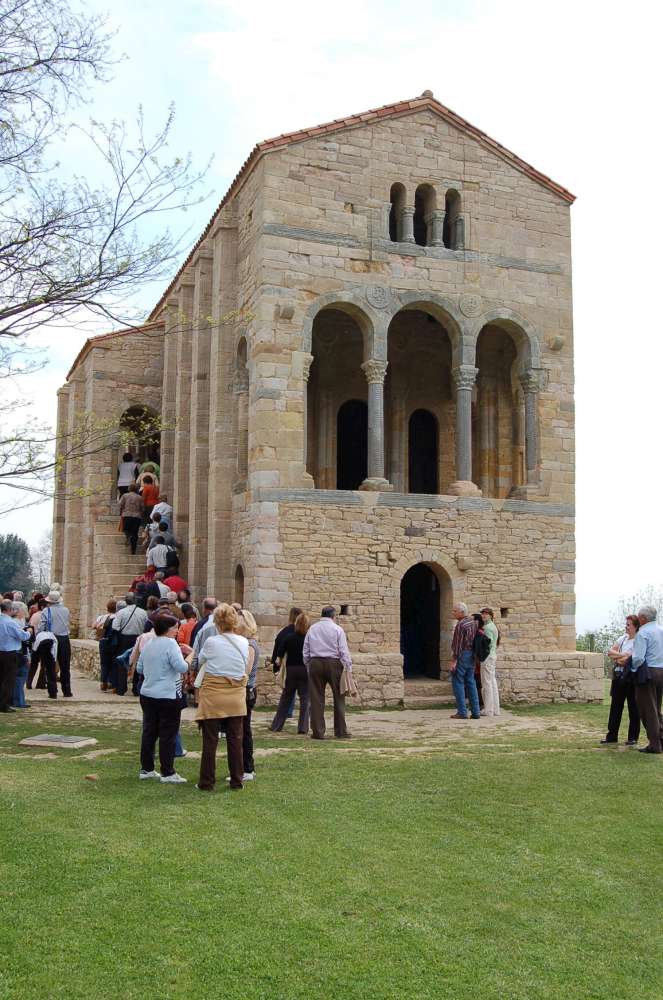 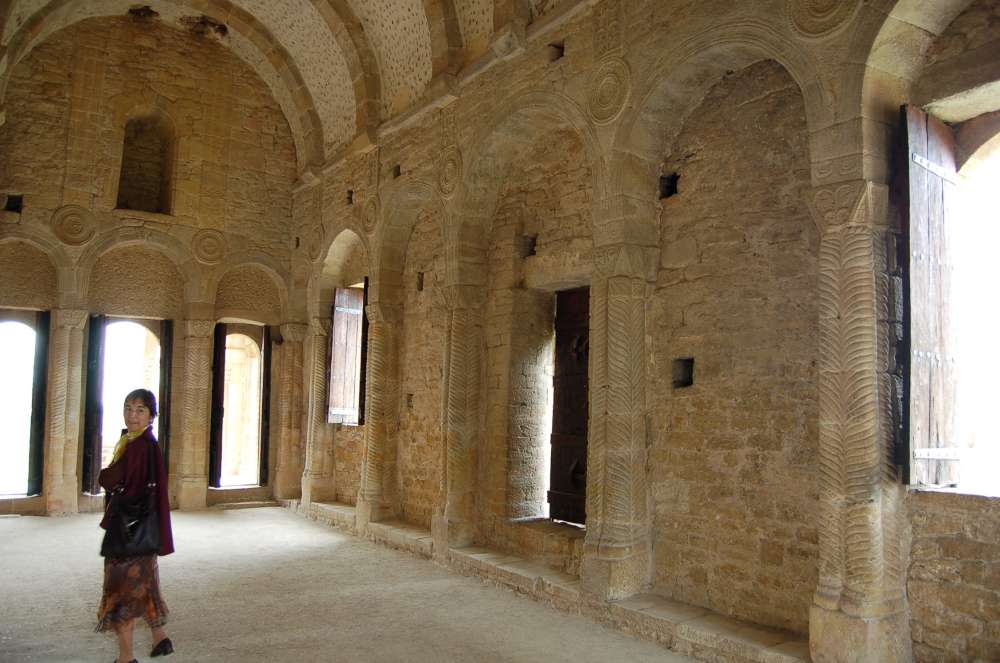 Perhaps most interesting is the Asturian church of Santa Cristina de Lena, which preserves its original templon screen. The form of the church is a single barrel-vaulted hall with small side rooms suggesting a cruciform shape. The altar stands on a dramatically raised platform with flanking stairs passing through the exceptional templon. The central panel at the bottom of the screen is very much like the panels of a Byzantine templon, but the top, with arches and windows rather than a lintel, is distinctly different. Most importantly, the interior of the church is intimate, introverted, and mysterious, suited to the ethos of Orthodox worship. 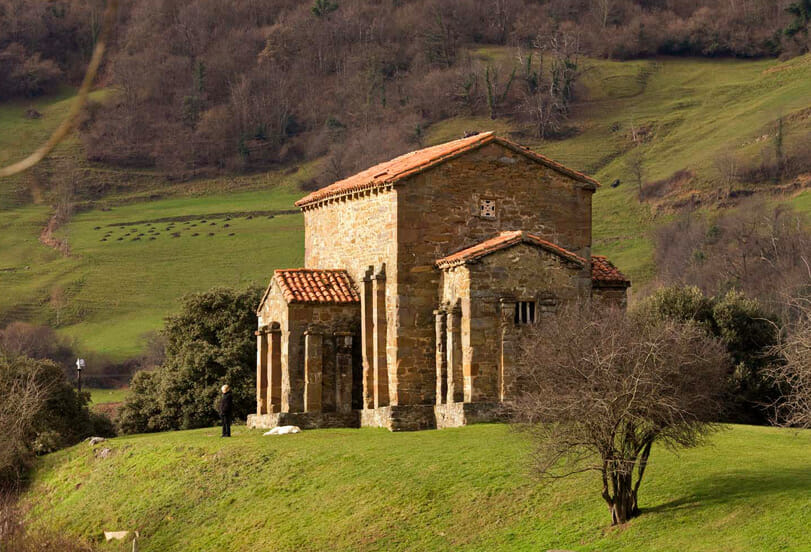 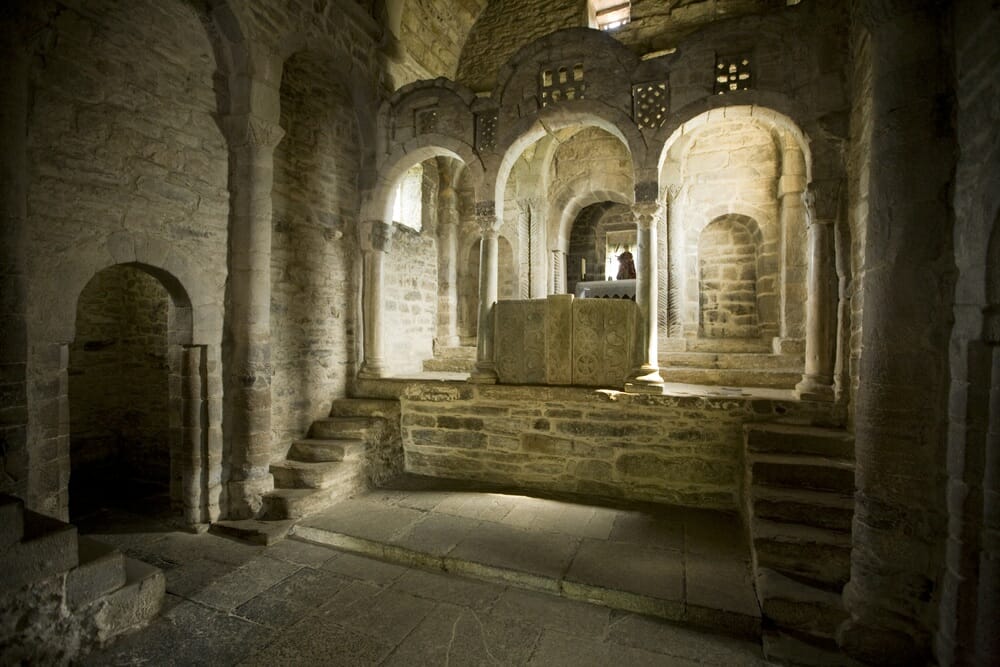 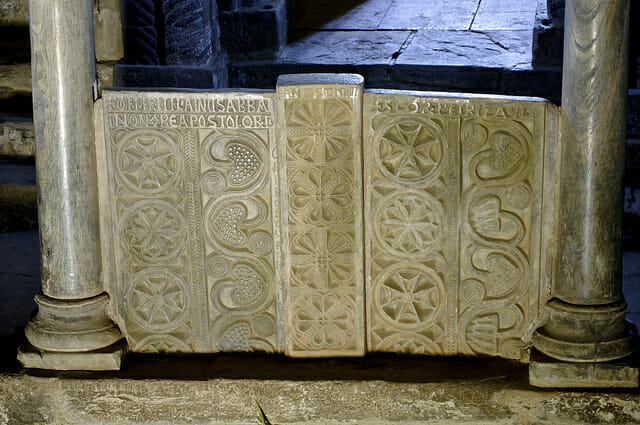