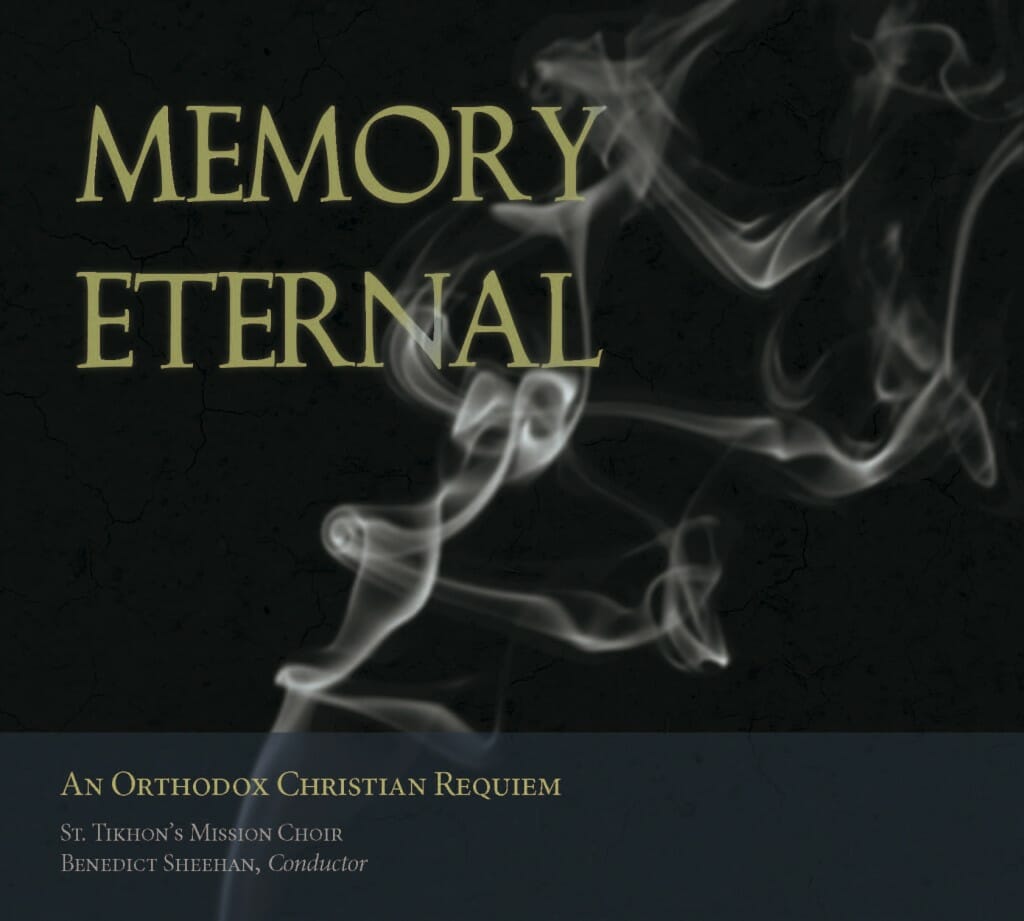 Memory Eternal: an Orthodox Christian Requiem, my most recent recording with St. Tikhon’s Mission Choir, was just released this month. The CD is a recording of the entire Panikhida (Orthodox memorial service), plus two extra pieces—one at the beginning and one at the end—and is based completely on arrangements of Russian Chant melodies. Many of the arrangements I did myself in a modal “Moscow Synodal School style” of harmony, but a number of the arrangements are in fact genuine products of one of the archons of the Moscow Synodal School, the eminent musicologist and teacher Stepan Smolensky (1848-1909). These come from a rarely-heard setting of the Panikhida by Smolensky which he composed in 1904 to commemorate the tenth anniversary of the repose of Tsar Alexander III. Given the time I had available to transcribe Smolensky’s music into good English settings, and the equally scanty time my choir had to learn new music, we did not attempt to record the entire Smolensky Panikhida. However, we picked some of the highlights, such as the litanies, With the Saints Give Rest, and Memory Eternal, and then combined them with my own somewhat simpler arrangements in a similar harmonic idiom. I think the result is a remarkably seamless service that maintains a unified sonic ethos from beginning to end. This is helped along by a profoundly sensitive and prayerful diaconal performance by my close friend and counterpart at St. Vladimir’s Seminary, Hierodeacon Herman, as well as the efforts of a very musical and dedicated group of seminarians and monastics from St. Tikhon’s. 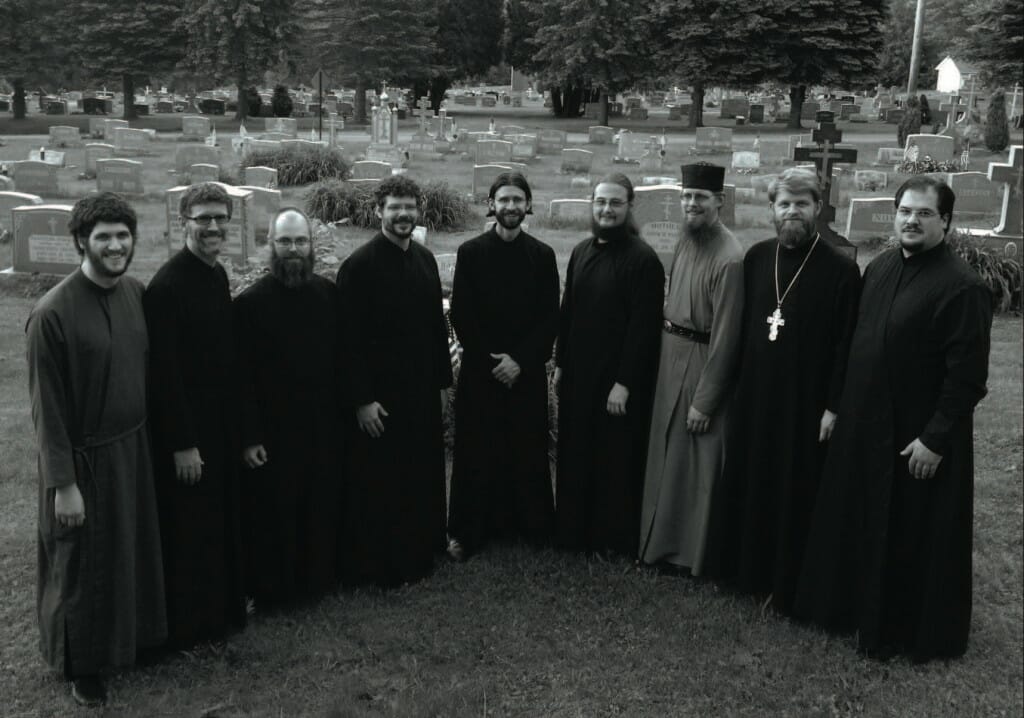 To my knowledge, the only other existing recording of Smolensky’s Panikhida is another “highlights” album recorded in 1980 by Archimandrite Matfei (+2009), of blessed memory, the late—and legendary—choirmaster from the Trinity-St. Sergius Lavra. (I would be delighted to find a complete recording of the piece if anyone knows of one.) I am certain that none of this music has ever before been recorded in English.

By the grace of God, even though the CD has only been out for a couple weeks, it’s already selling well and being favorably reviewed. Here is an excerpt from Vladimir Morosan’s recent review on musicarussica.com:

The singing of the 8-voice, all-male ensemble is extremely musical, balanced and well-nuanced, revealing the capable guidance of conductor Benedict Sheehan. Thus, this CD succeeds on several levels—offering a spiritually moving and comforting listening experience; expanding listeners’ acquaintance with the “canon” of available liturgical music; and contributing to high standards of musical excellence in the realm of Orthodox music in America.

The CD should shortly be available on iTunes, but it can also be purchased in hard copy from stspress.com.