Iconography Shows us the Pattern of Reality 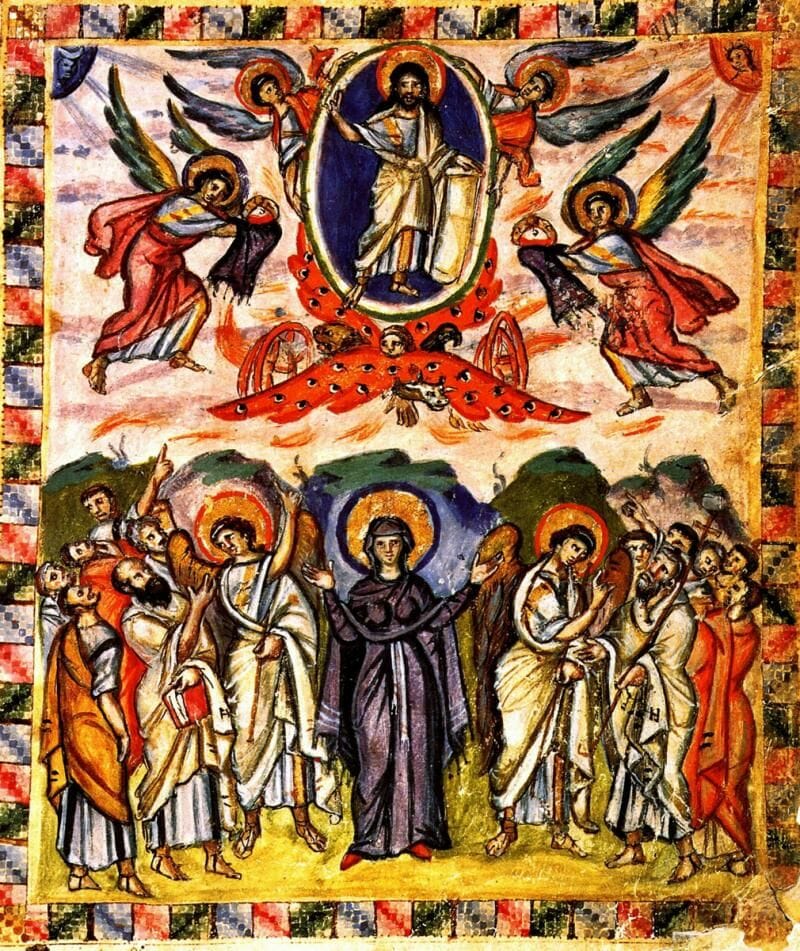 In November, I was asked to speak at St. Tikhon’s Seminary for the annual meeting of the Orthodox Inter-Seminary Movement (OISM).  It was my first time at the monastery and school, and I was quite humbled to participate in such an event.  It was also an honour to speak of Christian Symbolism in the last home of St. Nikolai Velimirovich, who appears as one of the modern luminaries for the restoration of a Christian symbolic world view.  In the audience were seminarians from all the Orthodox Seminaries in the area as well as faculty and clergy. Witnessing this spread of eager young men in cassocks was rather touching and so it seemed like I had to give all I could to awaken in these future priests an insight into the depth and wonder of our Orthodox art tradition.

Ultimately, the patterns which we find in the icons, while being the pattern of the Church itself, are also the very patterns of reality, of how we encounter the world and how it lays itself out for us through a dance of unity and multiplicity. It is important to understand this not only as a poetic fancy or rhetorical device, but rather as being a very strict and rigorous understanding of how icons adequately organize themselves through the very patterns which are necessary for our perception of and participation in the world.

In the past few years, I have been engaging more wide-ranging subjects in culture through YouTube and public speaking, but it is always a joy to return to my first love and have the opportunity to dive into the meaning of our Holy images which remind us that the Kingdom is there for those who can see it.

The video can be found below.  Thank you again to St. Tikhon’s Seminary for this opportunity.