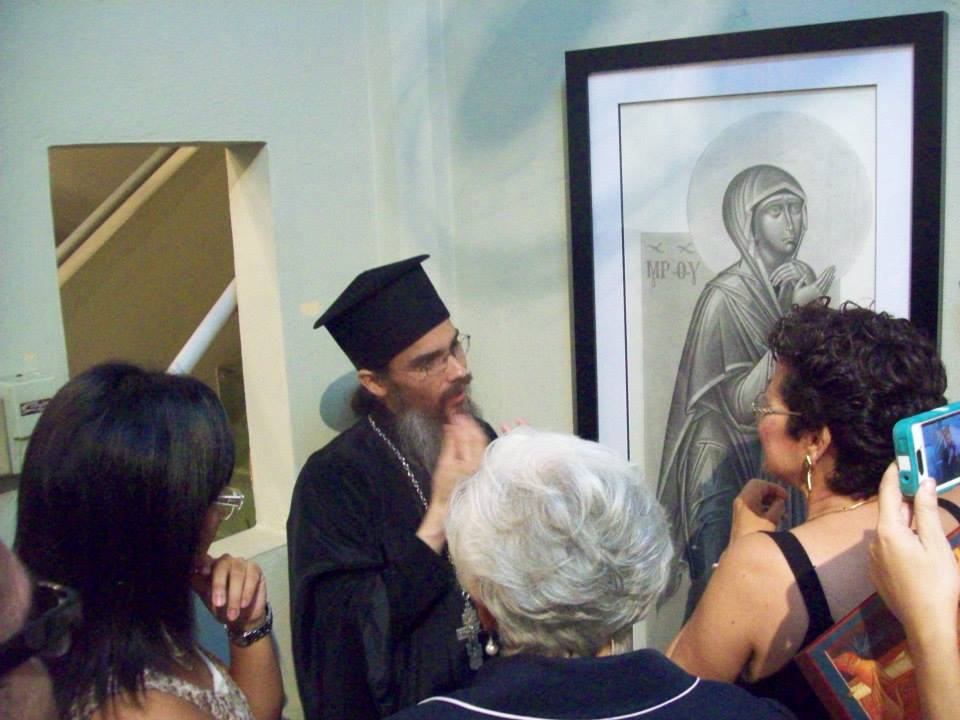 Fr. Silouan Justiniano, who is a native of Puerto Rico, was recently invited to return to the island to show his art, both his earlier work and his icons in the city of San German with the Universidad Inter-Americana. Fr. Silouan received a Masters in Fine Arts from Hunter College New York City as well as some important grants. Yet after his conversion to Orthodoxy, he finally entered monastic life, all in a process which can be witnessed through the movement of his art from an embodiment of the issues, hopes and impasses of Modern to Post-Modern Art,  cascading into an embrace of the Church and its icons .    The exhibition was organized by his father, Fr. Gregory, who is the rector of the ROCOR mision of San Juan Climaco in San German.   The show, called En Busqueda de la Imagen Sagrada,  was part of the events surrounding the visit of Met. Hilarion to the mission.

Some of the artwork was also for sale as a way of starting the building fund of the mission. Fr. Silouan gave a talk called “In Search for the Sacred Image”  which accompanied the exhibition. Here are a few lines:

… I will be sharing with you my journey as a painter, towards the sacred art of the icon. We will be stopping here and there along the way, to consider some aspects of Modernism, in particular abstraction, in light of the traditional philosophy of art as found in Eastern Orthodoxy. This will help us see how they tend to overlap and yet differ in their concern for the Sacred, Reality, symbolism, and theurgy. Finally, this discussion will also touch on the contemporary “art,” and the way Tradition can help to revitalize it creatively. It has been quite a journey, but it’s not over yet, for its fulfillment is the acquiring of the divine likeness, when we become true icons, and no longer “see dimly as in a mirror, but then face to face.”

So let us start with some childhood memories…

(Fr. Silouan has published the entire talk, filled with wonderful insight about modernism and its links with the icon on the Luvah Journal. See here for entire text.)

The abbot of Fr. Silouan’s monastery (Brotherhood of the Holy Cross) , Fr. Maximos,  also gave a talk about the difference between the East /Orthodox and West/Roman Catholic approaches to theology/epistemology.

To Fr. Silouan’s surprise, since he is a native of San German, he received a “Certificate of Honorable Guest” ( Proclama de Huepede de Honor ) from the Mayor, Hon. Isidro Negron Irizarry.

You can find coverage from a local newspaper here: 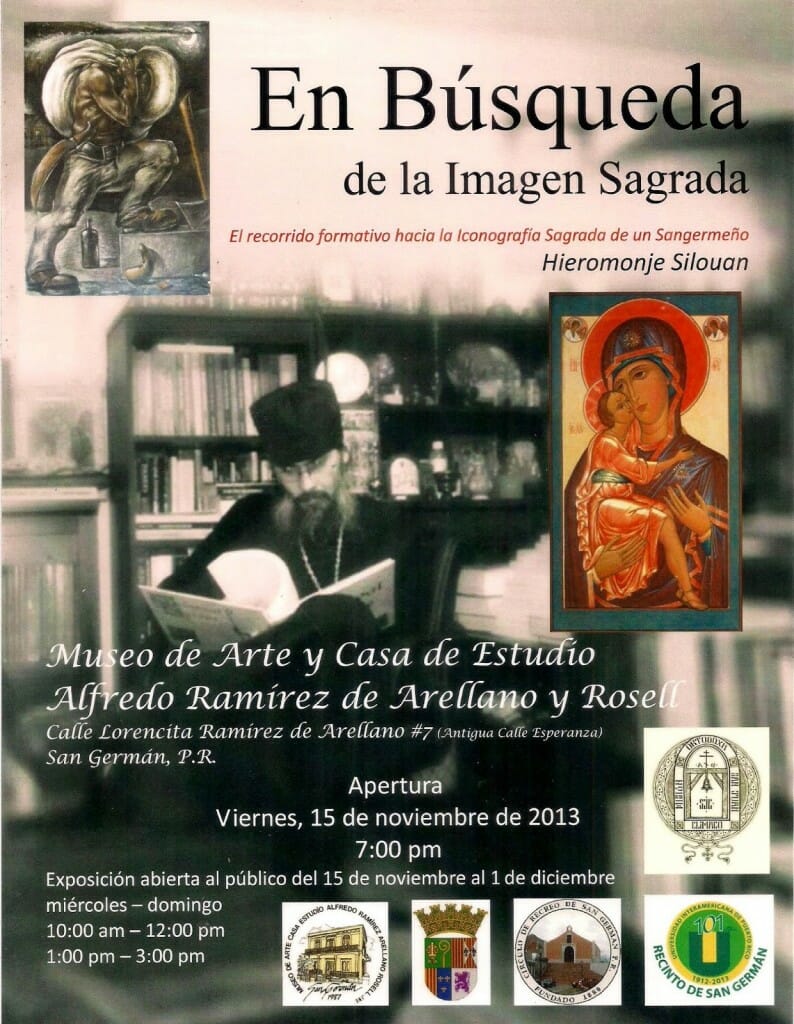 Poster for the Exhibition 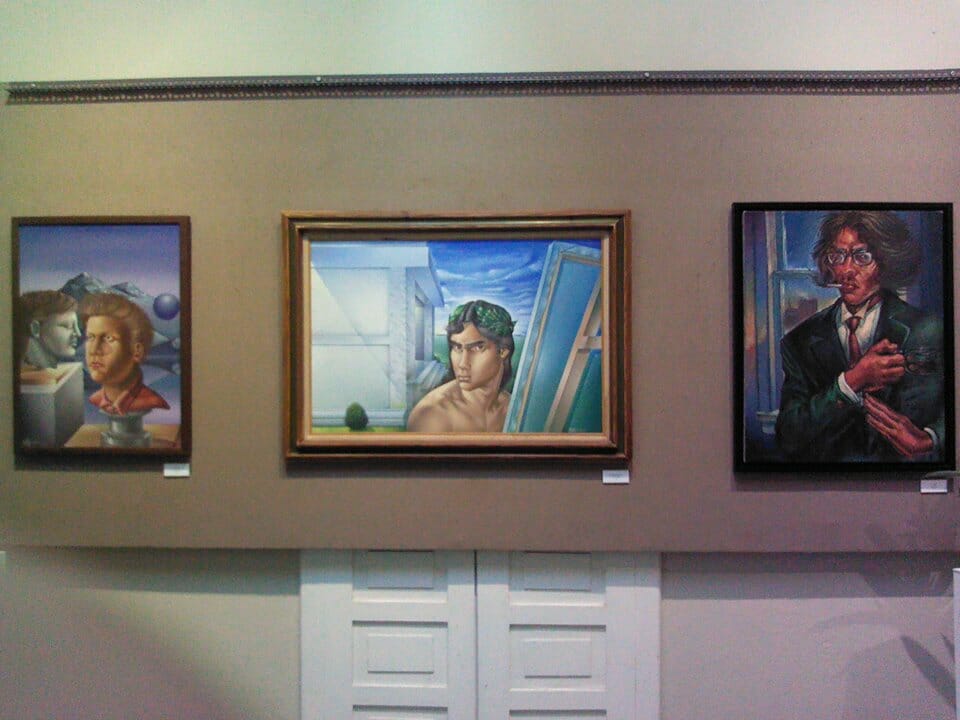 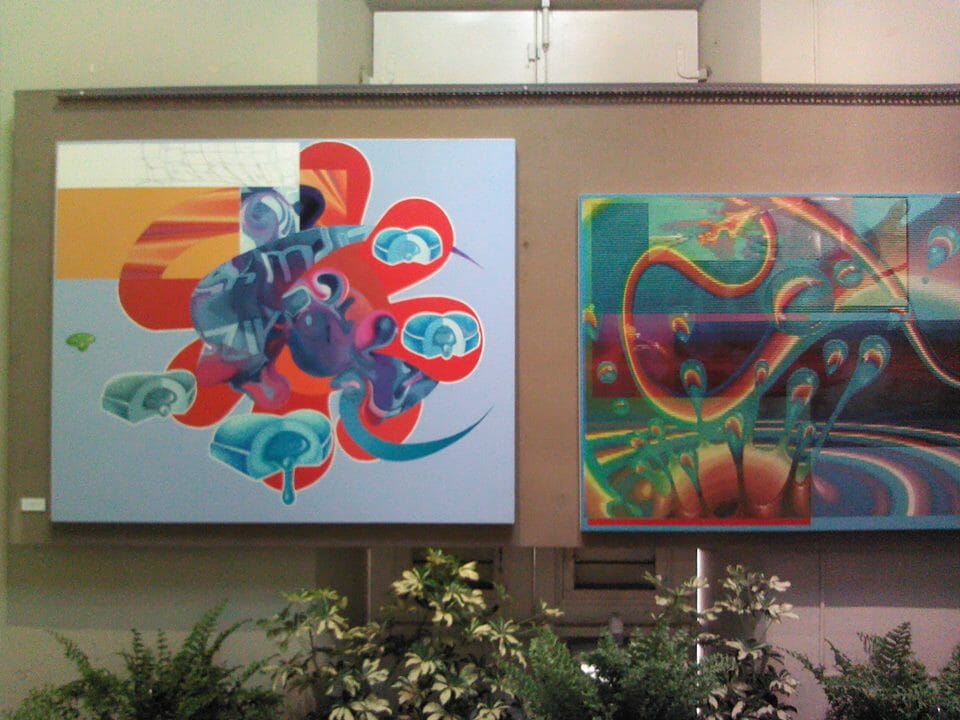 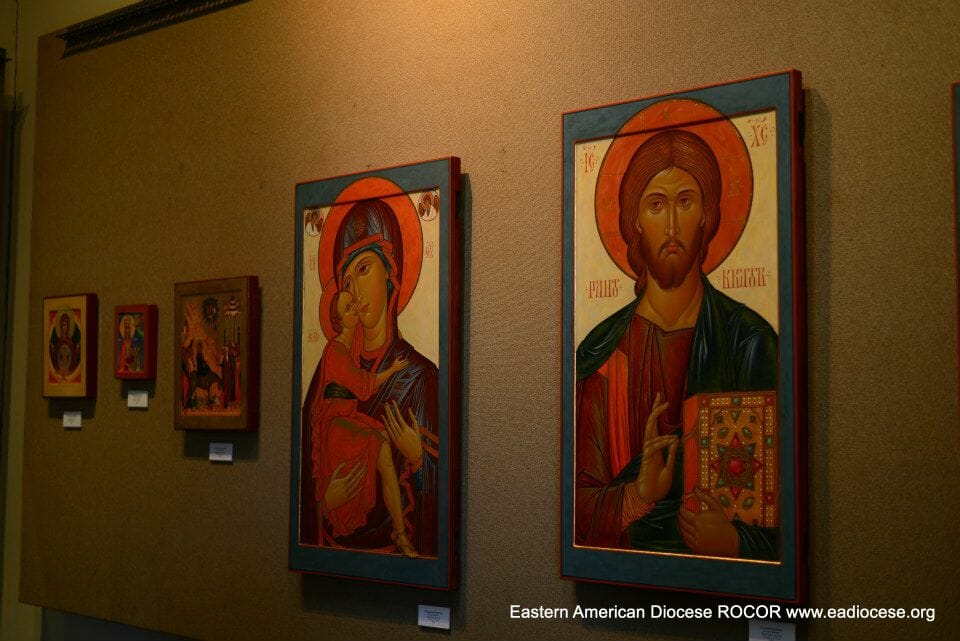 A few of Fr.Silouan’s icons 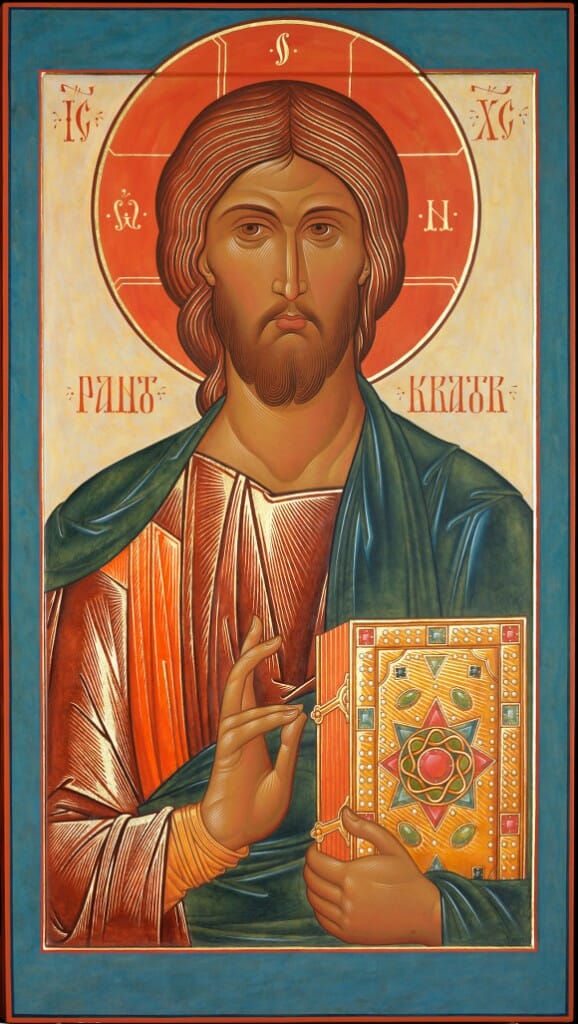 Icon of Christ for an iconostasis