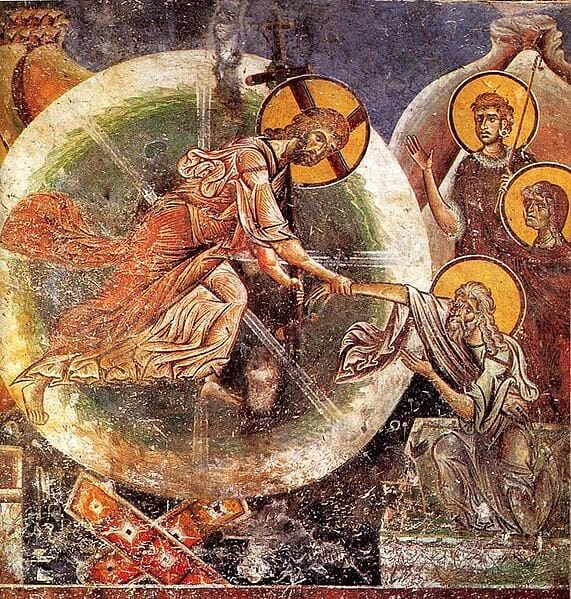 How to Conceive a Paradigm Shift?

In the end, of course, we cannot naïvely expect that this change of paradigm can be imposed by some “official directive.” As the “chair and apple” example shows, such change happens neither easily nor suddenly. The need for change can be voiced, or even generated by an individual, but the change will happen only if it is supported by an inner linguistic logic grounded in tradition, on one hand, and community of its users, on the other. Consequently, this proposal assumes that church art, at the crossroads of the 20th and 21st centuries, has attained the maturity and self-awareness that calls for the change of paradigm (or, more precisely, the change of some of its outdated conceptual metaphors). Therefore, what is expected from the reader is to take part in an intellectual experiment that could help us see whether the time for such a change has truly come and it is actually possible. 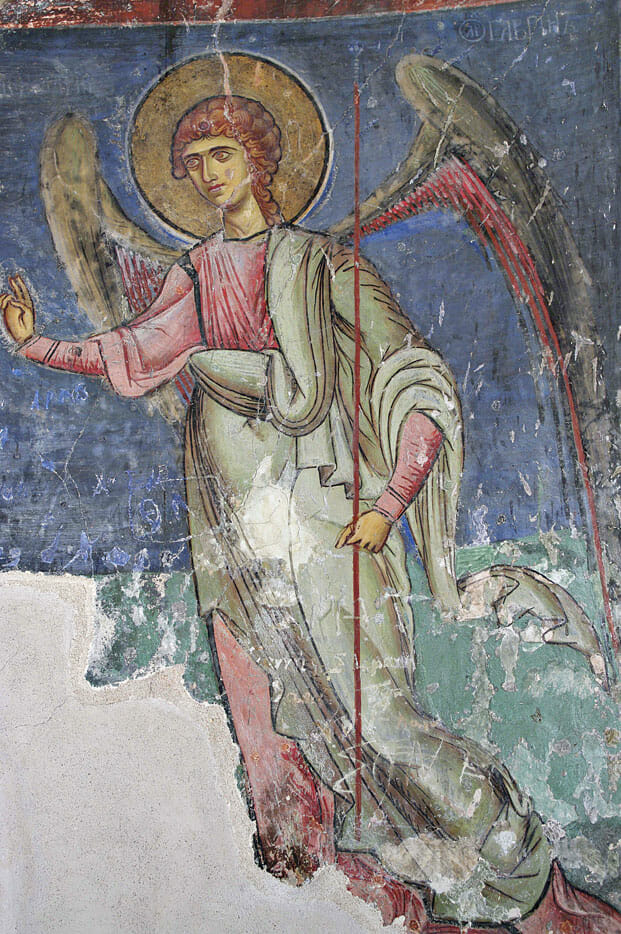 Thus, before you actually go into some icon painter’s studio, determined to ask one of the questions posed above, I would ask you to reflect on how the paradigm change might affect an icon painter’s “products” today.

Let us start this reflection from the negative point of view. When somebody asks an icon-painter the mysterious question that opened this essay, “Are those icons painted according to canons?”, expecting an answer with an engineer’s precision, it could be stressed that, for example, the building he/she lives in is not made only through calculations of the quantity and quality of the materials. True, building standards must be applied to make the building safe. However, what makes it a human dwelling is everything else before and after the engineering calculations. Even for everyday utensils, we demand a designer’s artistic touch before bringing them into our homes. This kind of logic applies even more to icons. Rules do exist, but they do not make the icon. Without artistic expression, without living poets who apply the grammar of any given language, the rules are useless and the language is simply dead.

Having resolved the basic dilemmas, we can now focus on the possibilities of a paradigm shift. How, for example, might it affect the formation of contemporary icon painters?  It might be helpful to reframe the training of iconographers through the principles of learning a spoken language, instead of seeing it as the application of algorithmic rules, which guarantees quick and easy results, with a uniform quality of output. If we adopt the “linguistic” model, however, icon painting can be learned only through careful observation and by internalizing the finest examples of Byzantine and contemporary works of art. This can happen only if the technique that masters used in their brushstrokes is understood as a way to compose complex portrayals. The brushstrokes are, let us say, like letters; they make sense only when they form words, while the words convey their full sense in sentences. Finally, only by repeating this pattern in numerous applications, at first by imitating ancient masterworks—as children imitate their parents while learning to speak—striving to understand those conventional forms in their artistic and theological setting, can painters come to a point where the language becomes a part of their inner being. Only after this happens, can we use this language freely, without fear of breaking its rules and without of losing our freedom because of the rules. Only in this way will our icons have both their traditional form and a living soul. Of course, it is very difficult to formulate the rules in verbal terms, since the process of learning and interiorizing them happens through visual communication, which will be the iconographer’s field of artistic expression. 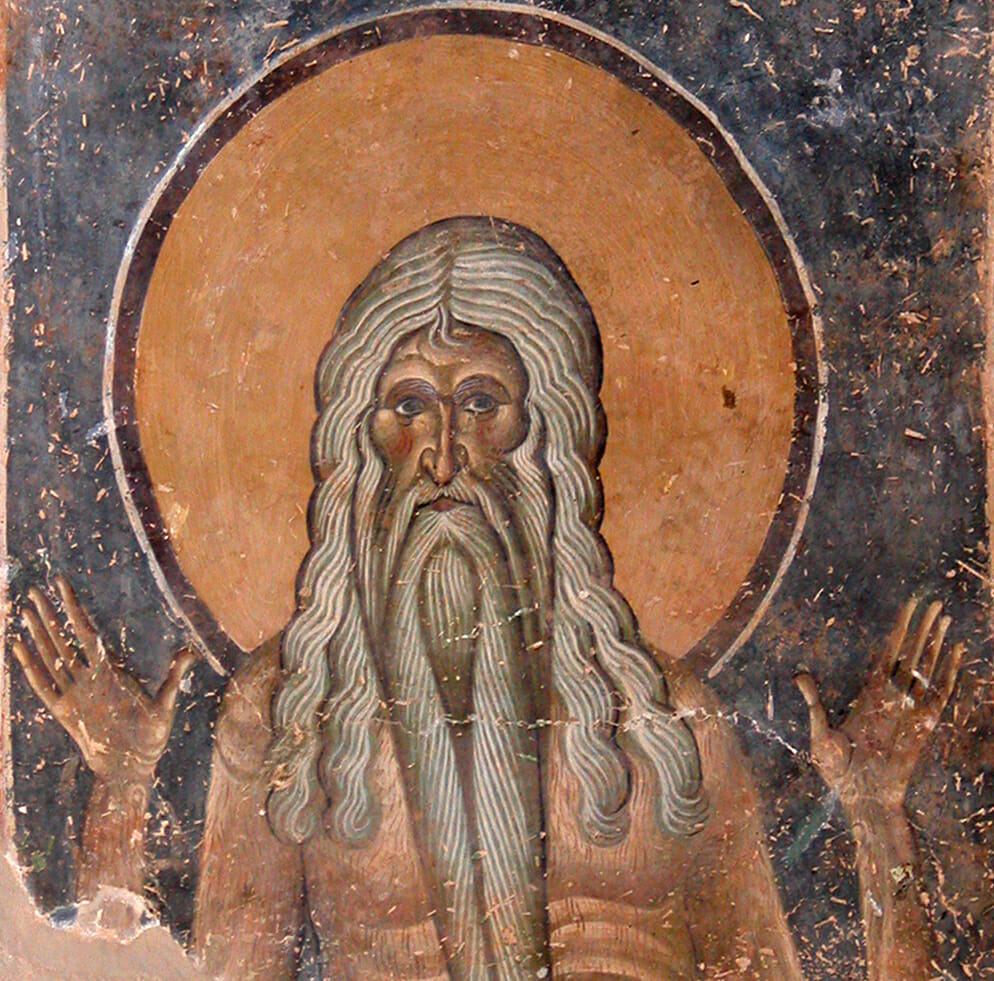 Finally, if we look at our metaphor of language from a wider pedagogical perspective, this inspires the hope that the experiences of language acquisition are truly applicable, at least partly, in a proposed pedagogical context. While a child learns to use language (for the first time), it is impossible to learn the rules unless we have a medium (language) for their transmission. On the other hand, without internalized rules, there is no language within us. Despite this terrifying logical and practical paradox, spoken language is learned easily. Quite obviously, the only way to acquire the rules is through persistent and focused repetition of actual examples of their application, fearlessly accepting—like a little child—the innumerable mistakes that will inevitably occur. This way the rules are internalized spontaneously, while their further application is not a burden for their user, but a way of social existence. Of course, the God-given process of acquiring language cannot be replicated literally. Nonetheless, we can learn a lot from it, and even use what we learn in our pedagogical methods. If nothing else, after all, our experience with spoken language might be used as an alternative “conceptual model,” which could help us redefine what we are pursuing. Only after a painter has internalized the language of icon painting to a point where he/she is no longer burdened by how to articulate the technique, the rules, the execution…, the painting process can truly be focused on the fulness of what should be represented on the painting surface. In my opinion, this is how Byzantine icons attained their depth, inner expressive power and beauty. Again, this is the only way to reach such a level of depth, power and beauty in contemporary church art. 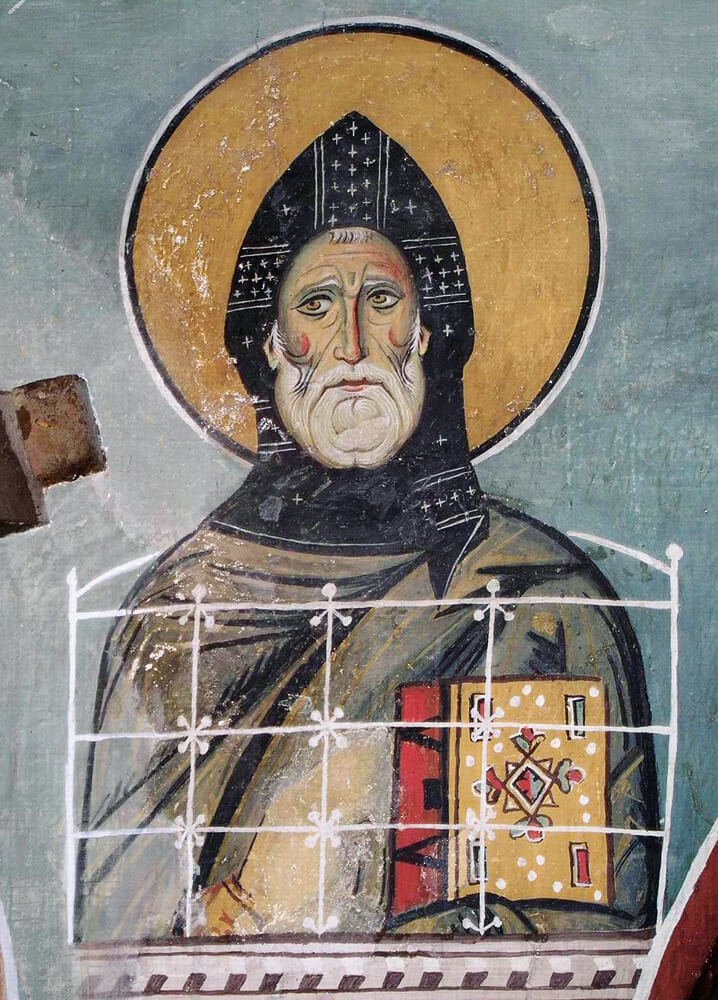 Now, since we are constantly studying church art as actors in the unfinished process of reviving a dead pictorial language, then contemporary analytic methodology is probably the only way to surmount the handicap from the loss of living artistic traditions. Those cultural advancements have been crucial in recovering this tradition in the early 20th century. Had it not been discovered, preserved and restored, photographed and, finally, published, this immense historical heritage would have remained beyond our reach. The quiet army of interpreters, needed to perpetuate such a sophisticated scientific and technological procedure, is led by art historians. They uncover, classify, preserve and, finally, publish all this material. This very process, both enables people to access the material, while at the same restricting it. Of course, this kind of restriction is incomparably more open than if inappropriate paradigms are used. Therefore, I will assert that every discussion about church art that neglects the findings of art history is condemned to rehashing phraseology that is out of touch with actual artistic reality. Indeed, this artistic reality is—as it was actually painted—the last reservoir of living ecclesiastical artistic tradition that remains open for us. Finally, only the most delicate approach from a painter’s stance will allow us to bridge the remaining gaps in our knowledge, which have brought us to the murky but erroneous consensus that an icon-painter “is responsible for execution alone, while invention and idea” are not on the list of his/her ecclesiastical duties. 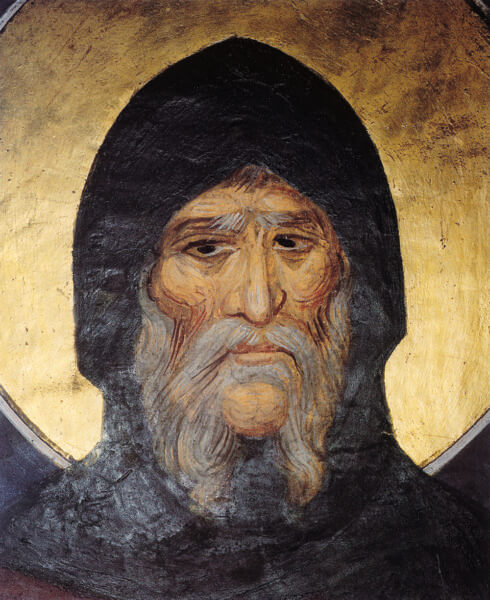 Some potential practical consequences of the proposed approach will effectively bring us to the conclusion of this essay. Icon painting, from this perspective, cannot be learned in six months in the studio of some experienced master, as many expect today. Icon painting—we emphasize once again—can be truly learned only through thorough and extensive artistic study of different examples from the history of art, and careful consideration of their context. Only by looking through such a historical and experiential prism, can one learn the language of ecclesiastical art and, thus, to read everything that is contained in actual Byzantine icons. This means that one can learn to weigh the differences and similarities between the ways different masters and different eras have represented the transfigured world on their icons, up to our own times. Finally, only after he/she has internalized the rules of this language, can the icon painter actually start to advance as an artist. Just as with a spoken language, only after someone learns the language well, is it possible to become an artist capable of producing literary works. Hence, this is not automatic. Only the actual synchronic and diachronic recognition by users of the language can show whether someone’s literature is truly art. Conversely, only after some spoken language is incarnated in sublime poetry or prose, can we say that it has moved beyond utilitarian communication. Finally, only if our contemporary icons are not bereft of such poetic content, which can emerge solely through living, personal and authentic artistic application of the rules of the pictorial language, will we be able to say that our icon painting is an heir to the authentic medieval artistic tradition. Only then will the new icons be filled with the inner energy and life, which still flows from medieval icons, continually inspiring generations of pilgrims from all over the world. Let us not forget that such inspiration directly determines the reaction of those who contemplate them, both believers and non-believers. If any of them remains indifferent before a contemporary icon, we must then ask ourselves whether our church art is still “theology in colors.” Or else, do we paint churches merely because someone did this before us? 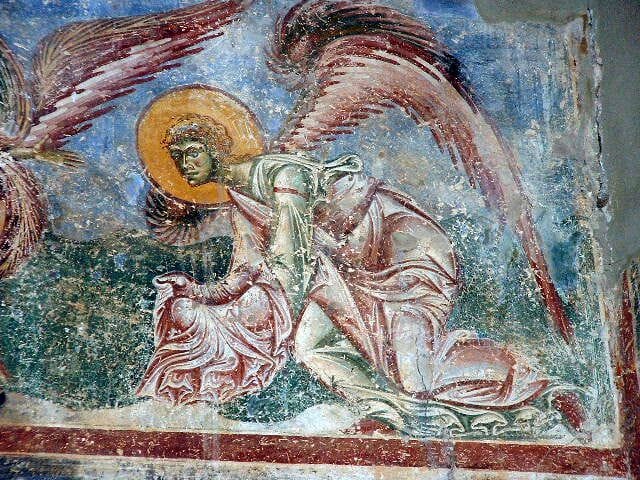