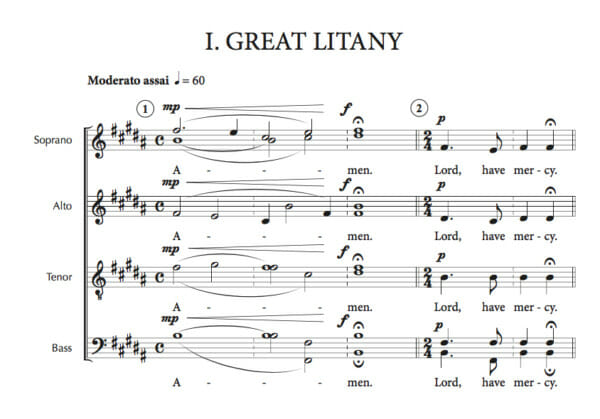 Liturgical music is closely bound up with the people that sing it. Language, history, culture, experience, education, social class, all of these things shape the sound-world of worship. The people that founded Orthodox parishes in America more than a century ago—for the most part, immigrants from Russia, Greece, Eastern Europe, and the Middle East—brought their music with them, and in doing so they formed the foundations of an Orthodox musical tradition in this country.

But the people who built these foundations are, of course, no longer with us. Even their grandchildren are no longer with us. The Orthodox faithful who populate our churches today are now, in many cases, people with a different language (often English), a different history, a different sense of culture, and who lead different lives. While there are now many wonderful Orthodox composers working in America today, the distinctive voices of these people—our people—have yet to be widely and clearly reflected in the Church’s worship.

Orthodox communities have only gradually made the transition to worshiping in English over the last 50 years (some still don’t use English), so it’s not surprising that music is still catching up. It’s also true that while people have changed over the centuries, the Orthodox liturgical tradition has remained remarkably stable, and this is a good thing. Continuity with the past is a hallmark of Orthodoxy and one of the Church’s greatest strengths.

However, unless the faithful of each generation work to refresh and renew that tradition, the Church threatens to become a museum, and an ill-maintained one at that. St. Gregory Palamas, in his masterful homily on the feast of the Entry of the Theotokos, goes so far as to say that every generation is “obliged to pay this tribute” of offering hymns.* Unless we work now to build up our liturgical music tradition in America, making an offering from our own lives and experiences, the voice of the Church—that is, the Liturgy—risks appearing as little more than a relic of the past, and not a living connection with eternity, as it must be and truly is.

An “American Liturgy” in the Russian Style

At the end of 2015, in an effort to address this need in some way, the Patriarch Tikhon Russian-American Music Institute (PaTRAM) commissioned me to compose a complete setting of the Divine Liturgy in English. Their stated goals were that I compose a Liturgy in “the Russian style,” one that would help carry the Russian Orthodox choral tradition into a new language and a new era.** Basing my musical vocabulary on Russian chant, as well as on the various approaches to harmonizing chant typified by composers of the celebrated Moscow Synodal School, I finished composing the 70-minute score in June of 2018. The piece is written for unaccompanied SATB chorus and is designed to be sung by a professional—or at least highly skilled—choir of 20 to 40 singers. While my approach was informed by other complete settings of the Liturgy, such as those by Rachmaninoff, Tchaikovsky, or Gretchaninoff, I conceived the piece differently in three significant respects. 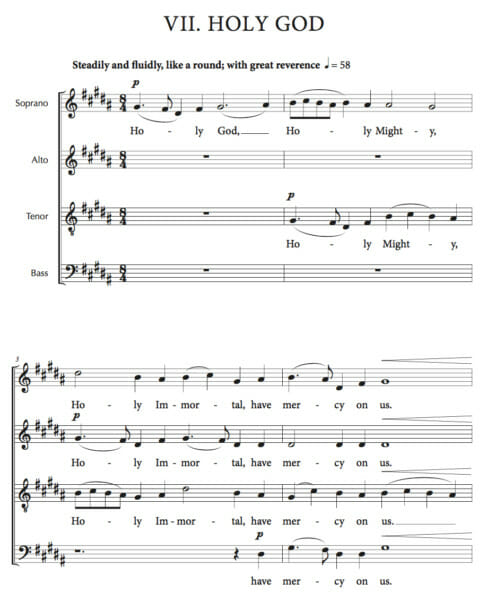 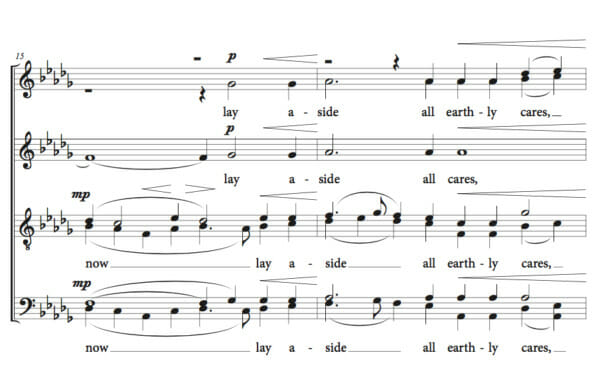 My new Liturgy will be performed for the first time over Memorial Day weekend 2019, in conjunction with the 115th Annual Memorial Day Pilgrimage to St. Tikhon’s Monastery, where I live and work together with my wife and seven daughters. The piece will be sung in its entirety in concert at St. Stephen’s Pro-Cathedral in Wilkes-Barre, Pennsylvania on May 26, 2019, and then again, in excerpted form, during the celebration of the Divine Liturgy at St. Tikhon’s Monastery on May 27. The choir will be made up of the combined forces of the Chamber Choir of St. Tikhon’s Monastery, the PaTRAM Institute Singers, and the St. Tikhon’s Festival Choir, conducted by me. Plans are also underway to record the piece for release on a major label. For more information about the project, feel free to send an email to music@stspress.com. And please keep us at St. Tikhon’s—and all Orthodox musicians working to build up the Church’s musical tradition—in your holy prayers! 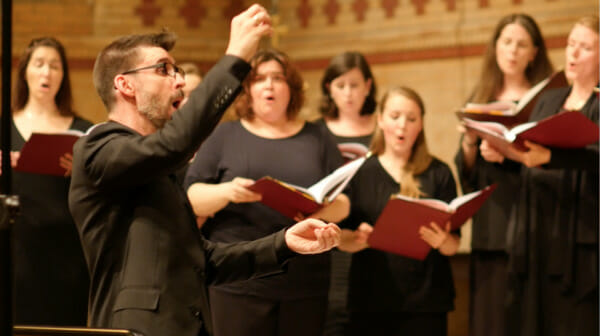 ** Shortly before they reached out to me, PaTRAM also commissioned American composer Kurt Sander to compose a Liturgy along similar lines. Sander’s marvelous score was recorded in 2017 by the PaTRAM Institute Singers, under the direction of Maestro Peter Jermihov. The recording is expected to be released in the near future on the Reference Recordings label.