Armenian Carving has always fascinated me. With ancient origins, it has persisted until today despite all the trials experienced by Armenians through history. 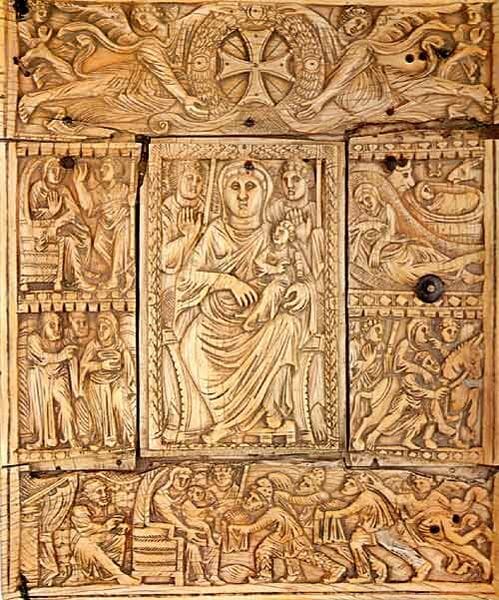 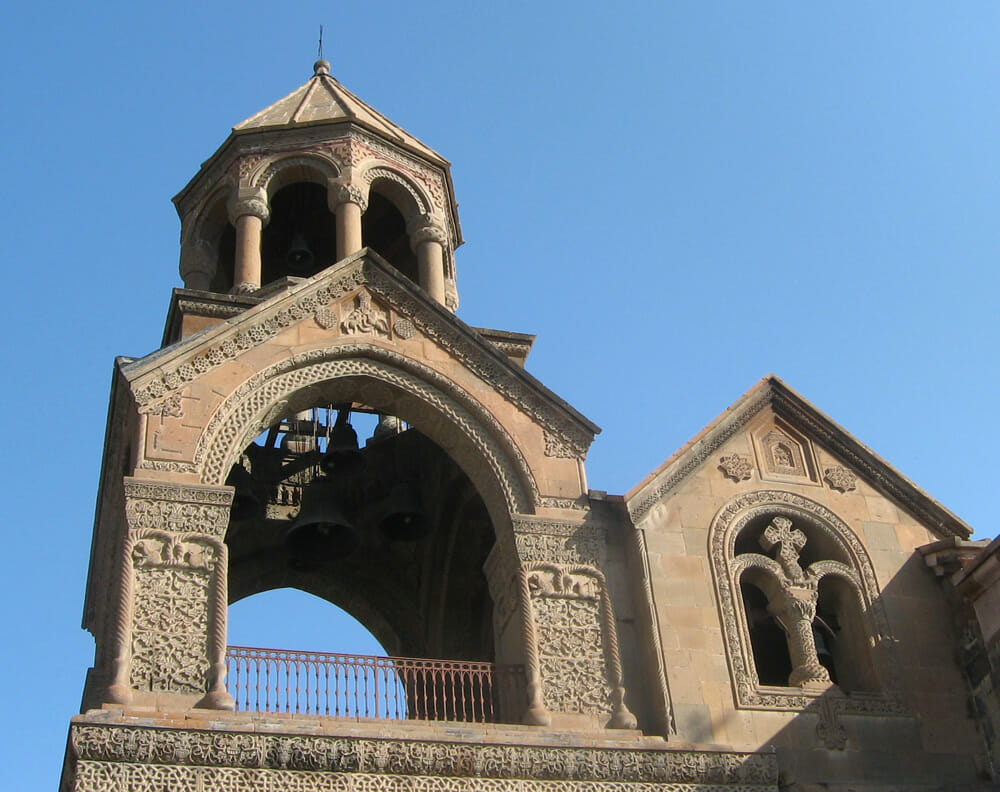 Detail of the Echmiatsin Cathedral.

Interior of the Gerghard Monastery

The most dramatic example of this is the cave monastery of Gerghard where figures, animals and patterns are partially carved directly out of the mountain. 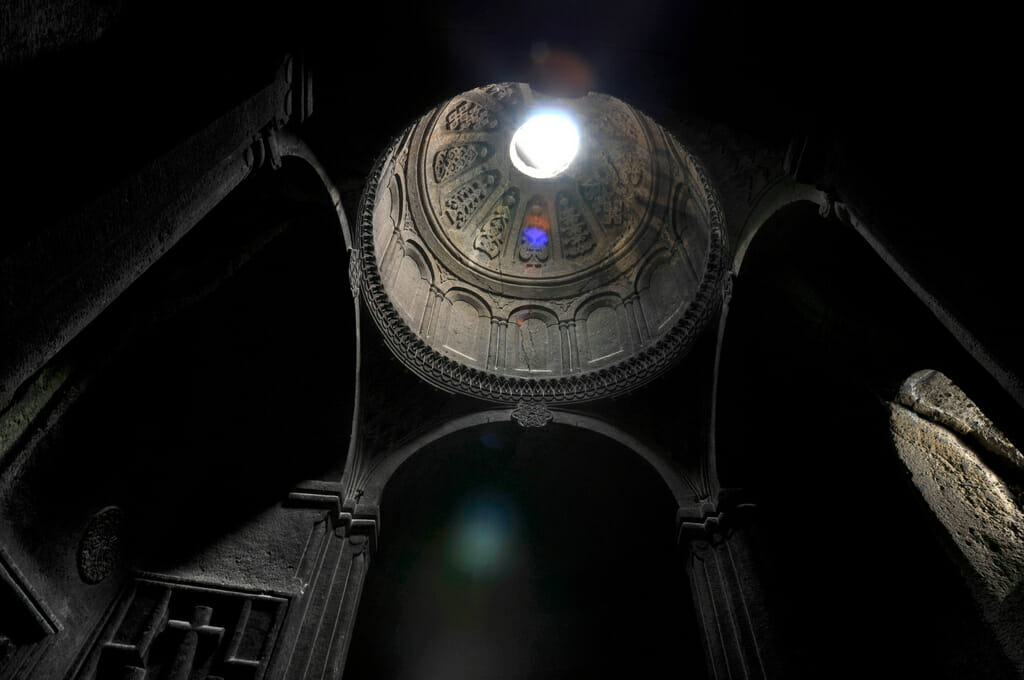 Carved dome of the Gerghard Monastery

As an icon carver, it of course gives me a warm smile to see iconographic images used even on the facade of Churches, such as in the wonderful Akdamar Island church. 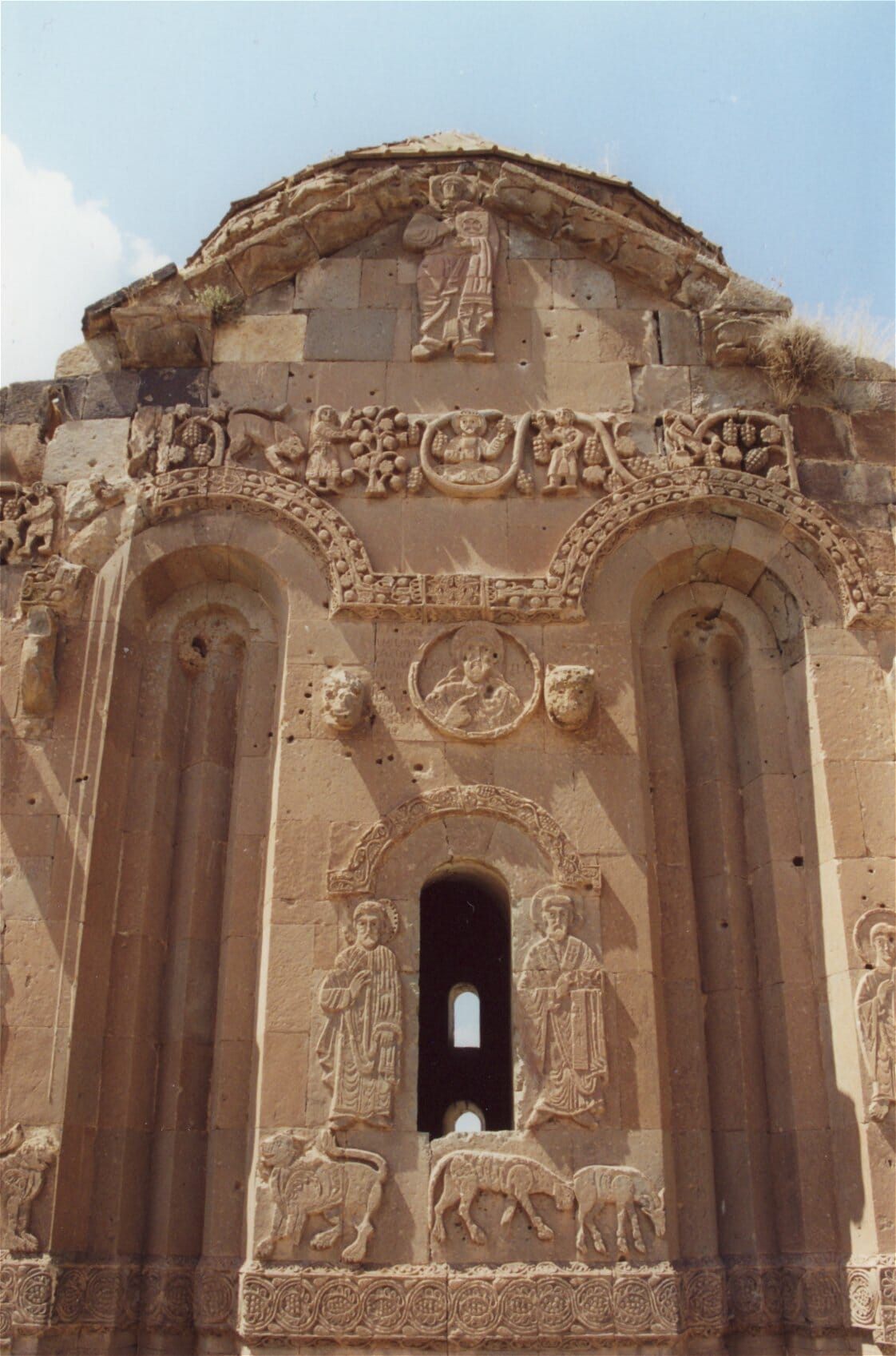 Facade of the Akdamar Church 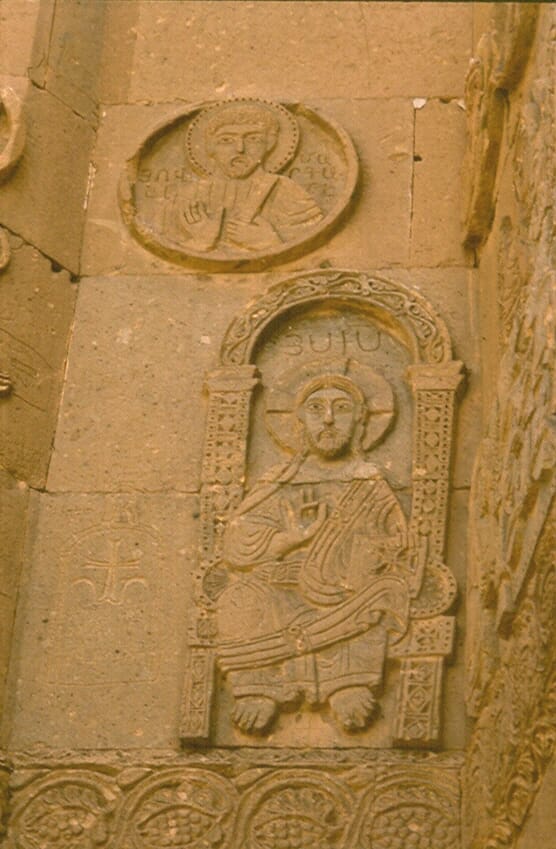 Detail, Christ Pantokrator on the exterior of the Church 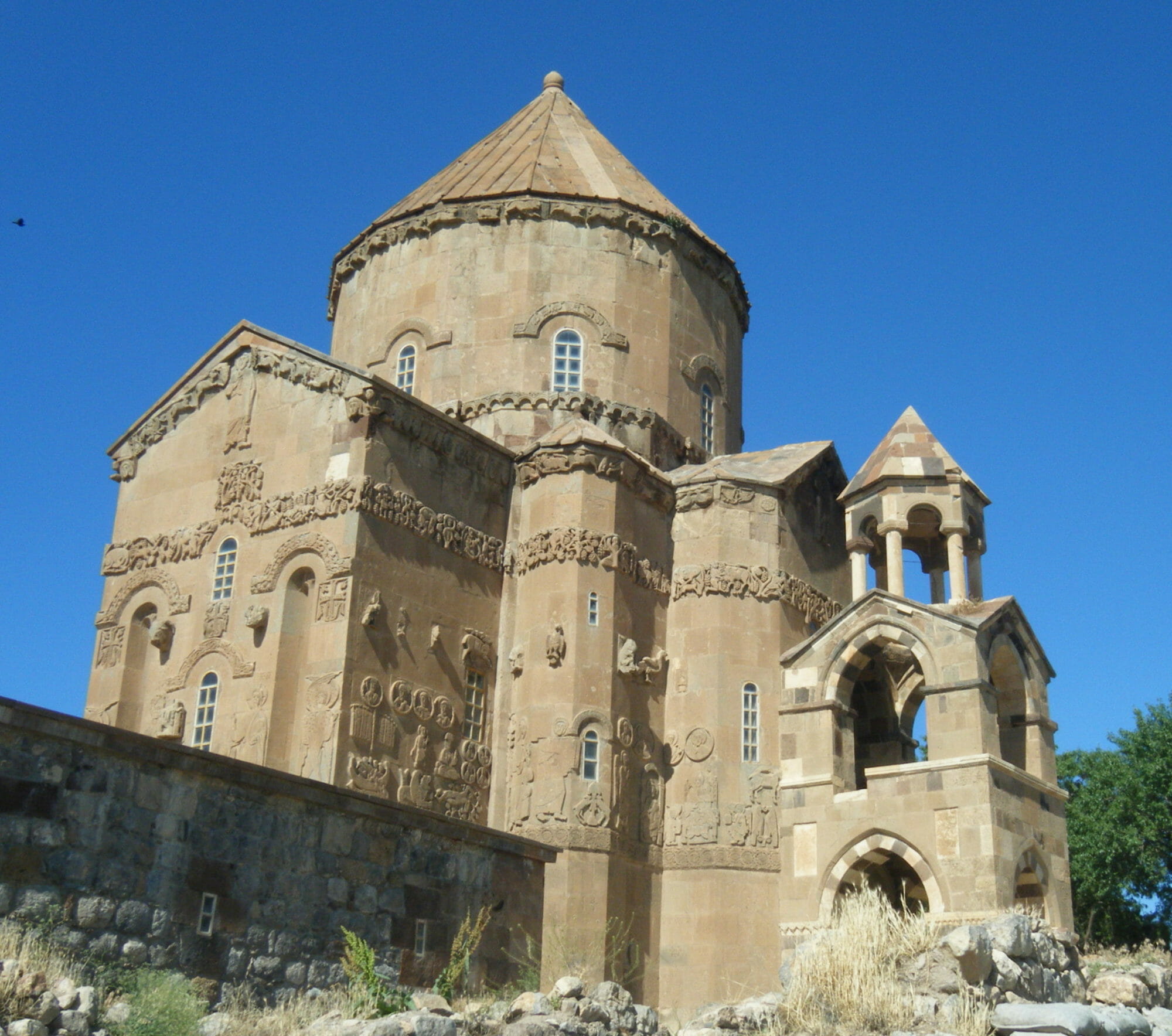 General view of the Akdamar church.

Even Tympanium carving, that is carving of images over doors of churches was developed in Armenia, a feature mostly seen in Western Medieval churches. 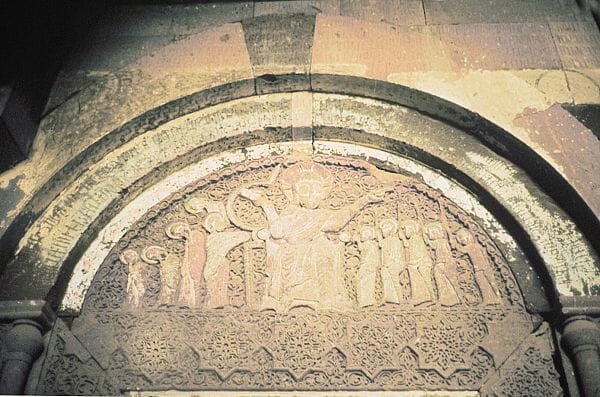 Intricate carved grave markers or “Khatchkar” are prominent, and are often reused in buildings. To me, these markers show the largest influence of Islamic geometric art fused with Christian imagery. 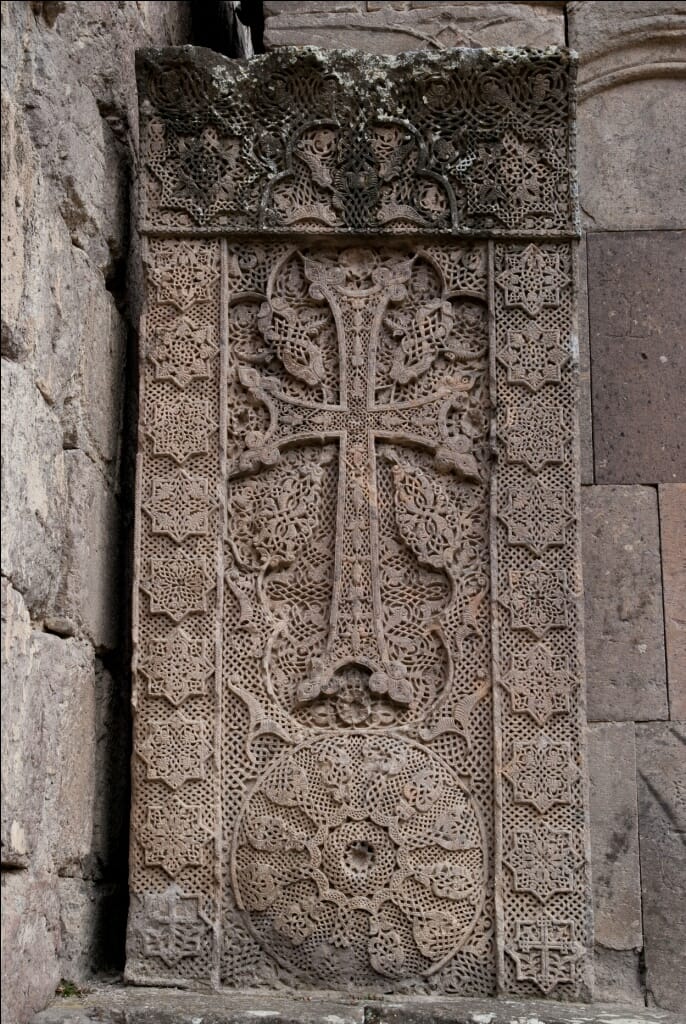 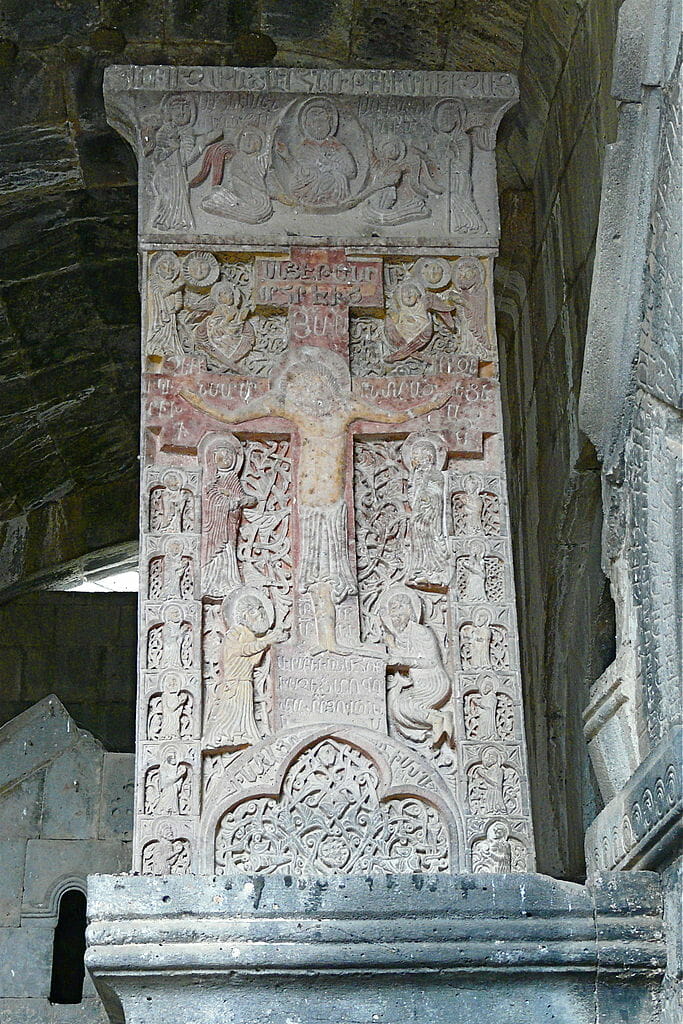 These beautiful stones are still being carved today in Armenian workshops. 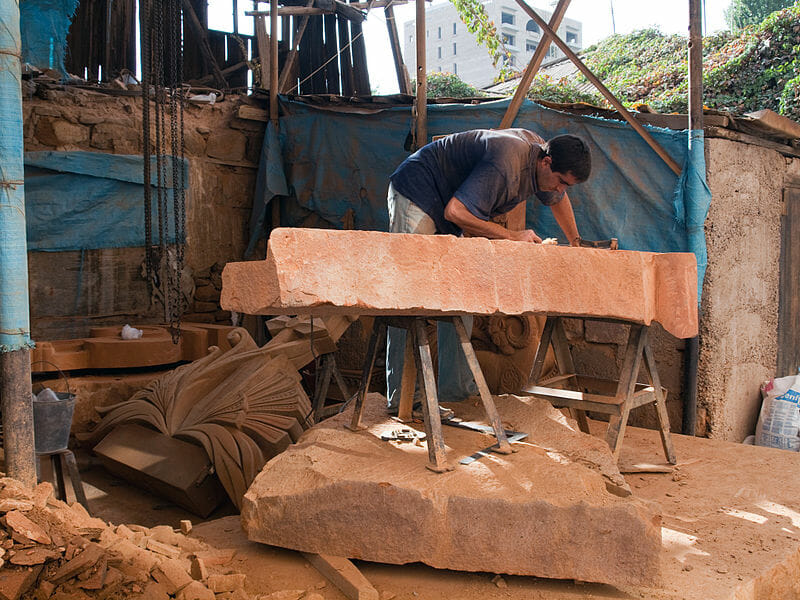