A New Musical Setting of the Divine Liturgy

Editor’s note: On Tuesday, September 12, 2017 at 9:30 am the PaTRAM Institute singers Choir, conducted by Maestro Peter Jermihov, will sing an original all-English Liturgy based on the Russian style, commissioned by the PaTRAM Institute and composed by Dr. Kurt Sander, at St. Alexander Nevsky Diocesan Cathedral in Howell, NJ.

We have asked Dr. Sander to describe for us his experience composing this exciting new work. Here are his thoughts, followed by the official flyer announcing the service at which the piece will be premiered. Our readers are encouraged to attend. 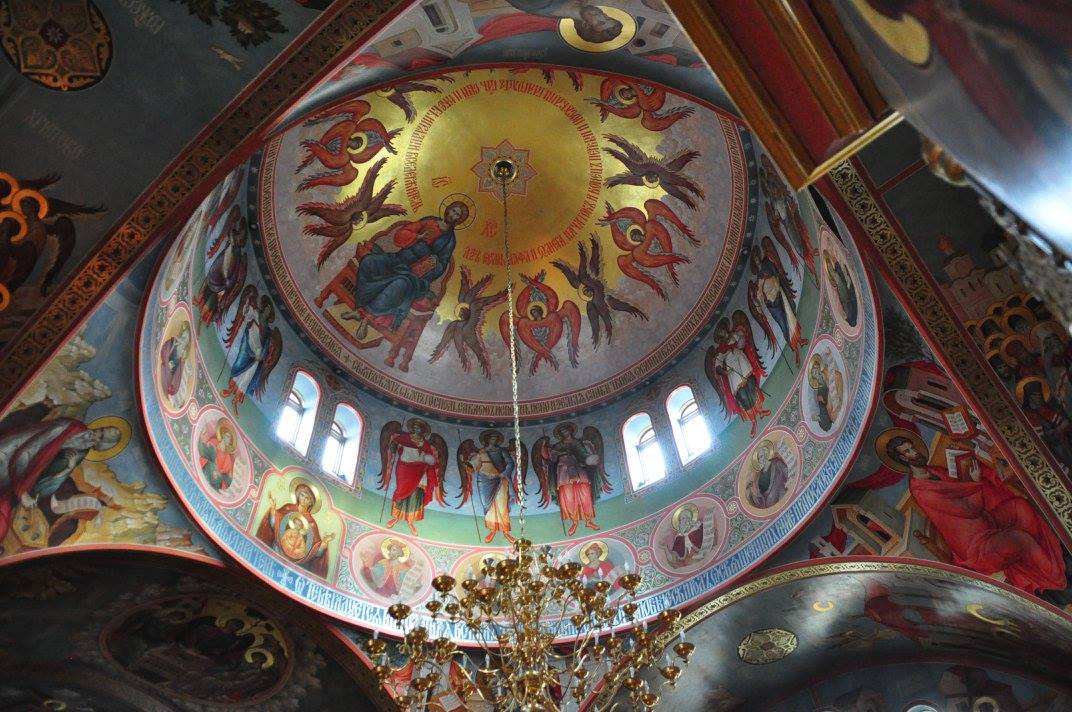 During the eight months it took to complete the work, I can say that the whole process reinforced two important principles in my mind regarding Orthodox sacred music. The first is that language is indeed the primordial substance of worship. Words are the vehicles for prayer and words are powerful things on an intellectual level. Yet, how we speak a particular word in a particular language is also important. It influences how we sing it, and how we sing it, in turn, influences how we understand it. So, not only do we have a semantic understanding of a word or phrase, but we also have a phonological or “musical” understanding as well. One might say that in the writing of this Liturgy, I rediscovered my appreciation for the aesthetic qualities of the English language as a language of prayer, and its ability to convey through sound rich theological ideas with clarity and economy. While it is not an easy language for singers, it is a wonderful language for composers. Working from the English text felt very natural, and as someone who has done his fair share of English adaptation of pre-existing Slavonic works, this process felt both organic and liberating. 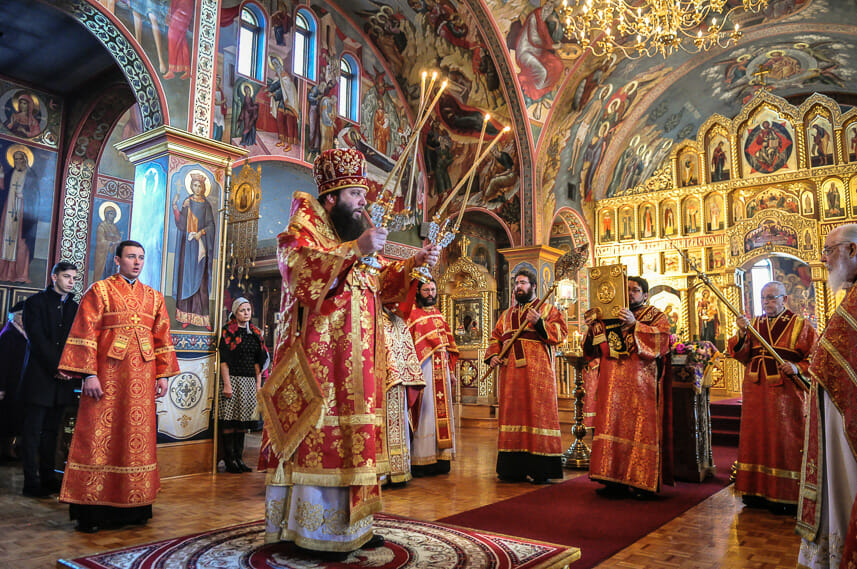 The second principle is this – I have come to better understand the Liturgy not as a sequence of textual events that unfold over time, but more as an artistic whole that expresses the entirety of the Christian experience – the great and literal sacrifice that we come to understand as the essence of the Liturgy. How to maintain such unity was initially a great concern of mine. I contemplated how I could take a collection of texts, some long, some short, and cultivate musically the kind of timeless experience that the Liturgy demands. I initially thought of some of the great sacred works of the past, specifically how composers like Bach, Haydn, Schubert and Verdi have fused the five movements of the Western Mass into a single composition. But in many ways the Liturgy is fundamentally different from the Mass, especially if one is thinking about the tradition of past musical models. In the Mass, the sectionalized nature of the five movements of the Ordinary almost bring a symphonic quality to the composition. After centuries of writing and thousands of settings, the character of each movement has been relatively established, and the overall understanding of the Mass as a musical statement tends to be fairly ingrained in the listener at this point in time.

This is not true of the Liturgy. While there are some historical models given to us by Rachmaninoff, Tchaikovsky, and Gretchaninoff, the Divine Liturgy as a compositional genre does not emulate the status of the Mass in the western world. This is likely the result of a number of factors which are better articulated by a musicologist. However, from a composer’s point of view, I believe some of the reasoning behind this is that the liturgy does not immediately present itself as a neatly-packaged artistic form. Rather, it is a mosaic of large and small portions of text that are woven into single seamless experience. If I were to approach the work from the starting point that there are a certain number of “important” movements which act as cornerstones for the rest of the Liturgy, I do believe that something important would be lost. It requires a very different kind of compositional premise that demands attention to the little things. 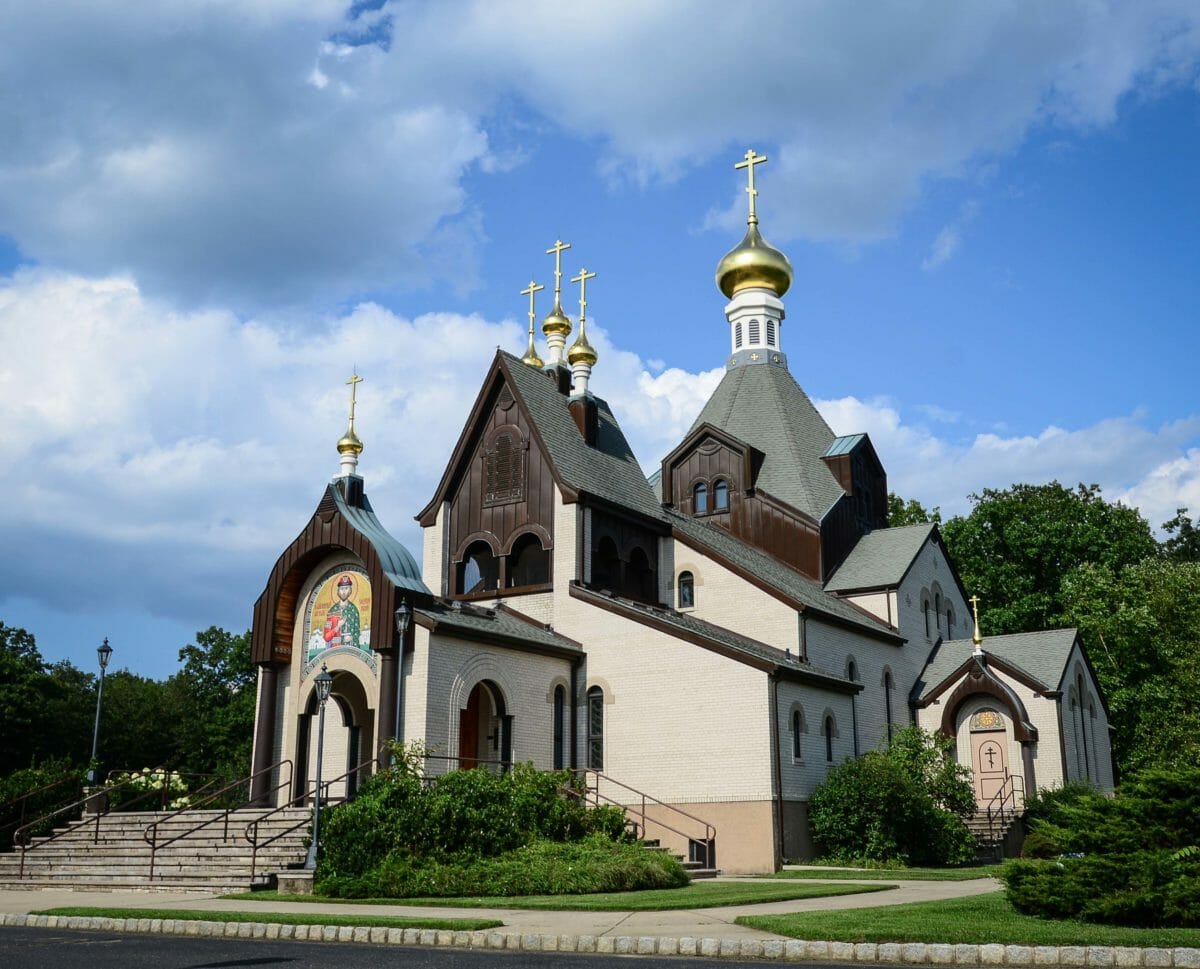 In the process of writing, I slowly began to realize that what many would call the minor parts of the Liturgy (the litanies, the responses, the short, one-sentence choral utterances) are actually the fibers that hold the work together. When larger musical ideas present themselves, it is these brief moments of prayer and introspection that refocus the worshipper to God’s mercy. If you think about the words, “Lord, have mercy,” you have to come to the realization that it is one of our shortest, but most powerful prayers. We are in need of mercy – for us, for our salvation, for others, and for our Church leaders. Our relationship to God is all about His mercy to us, and this is why the Church has us repeat it so often over the course of the Liturgy. So, knowing the importance of these petitions, I found that I could maintain the sense of liturgical unity by thematically integrating each litany into the fabric of the score. There are distinctive thematic elements in some of the larger portions of music that come back in various ways through the petitions of the litanies. Sometimes, they manifest themselves in a spirit of joy; other times, they sound through a more penitential tone. In each case, however, one hears the same musical material return as a musical symbol of God’s eternal presence in our lives.