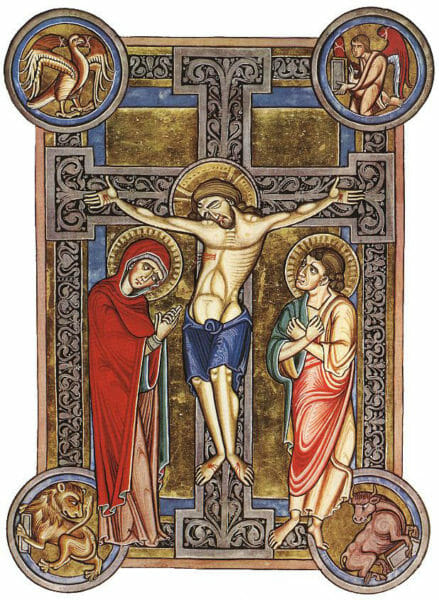 In Germany, the Byzantinizing style of manuscripts survived into the thirteenth century. A striking example is the group of manuscripts associated with Berthold, abbot of the Swabian monastery of Weingarten from 1200 to 1232. The most impressive of the group is the Weingarten Missal, from which the Crucifixion represents a page. The faces are close to Byzantine types; and the drapery definitely clings to the figures.