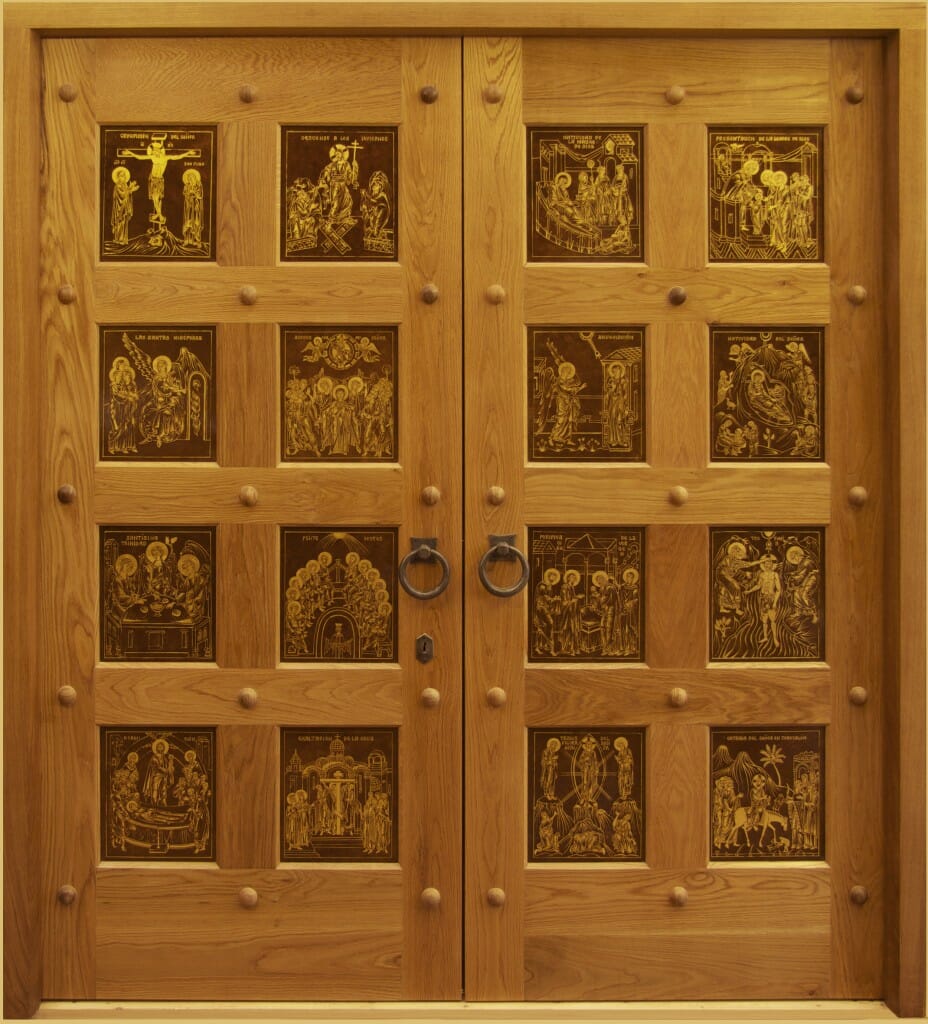 The new doors, oak with gilded copper icons, made by Aidan Hart

In February of this year Aidan Hart and his team of craftsmen completed a large pair of doors for the newly completed Russian Orthodox Church of St Mary Magdalene in Madrid. The outside of the doors, facing the entrance lobby, sport sixteen hand carved panels, and the inside sixteen festal icons in gold leaf on patinated copper panels.

The idea of the festal icons in gold-on-copper was inspired by the medieval doors of the Church of the Nativity of the Theotokos in Suzdal, Russia, executed 1222-1238.  The gold on these medieval doors was probably applied using the method called fire gilding, which his highly dangerous on account of the mercury used.  I used oil gilding, whereby the calligraphic designs were painted using oil size, and the extra thick loose gold leaf applied so that it adhered only to the sized areas. The excess leaf was then brushed off. 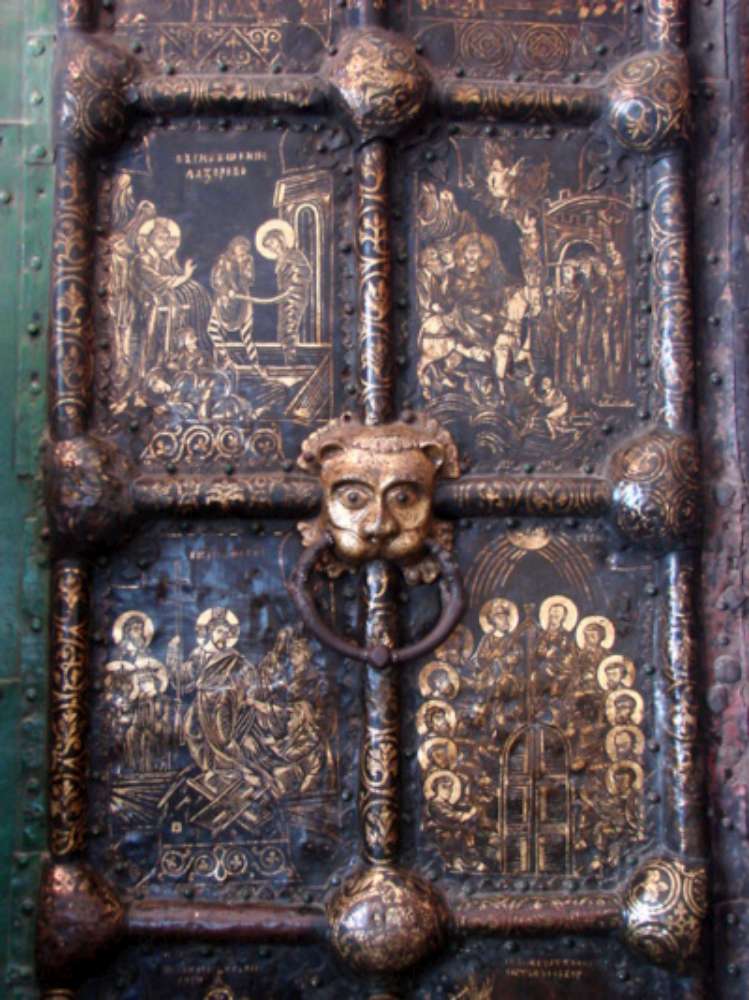 Before gilding, the copper plates were patinated to give depth and character. This patination was done under Aidan’s direction by master sculptor Jeremy Schrecker. The polished copper was first gently heated, then potassium sulphide was sprayed and stippled on to create a varied blackish base. Ferric nitrate was then applied to create the chestnut colour. It took some time to get the right depth of colour and degree of texture. We wanted something alive and variable, without it distracting from the design in gold. The completed surface was polished with a cloth and sealed with high quality lacquer.

In order to retain elegance in each individual brush stroke, only the outlines of the figures were traced onto the copper. Each line for the assist was then applied directly, without having to follow predetermined tracing lines. Once the gold was applied the whole was given two further coats of marine quality lacquer. 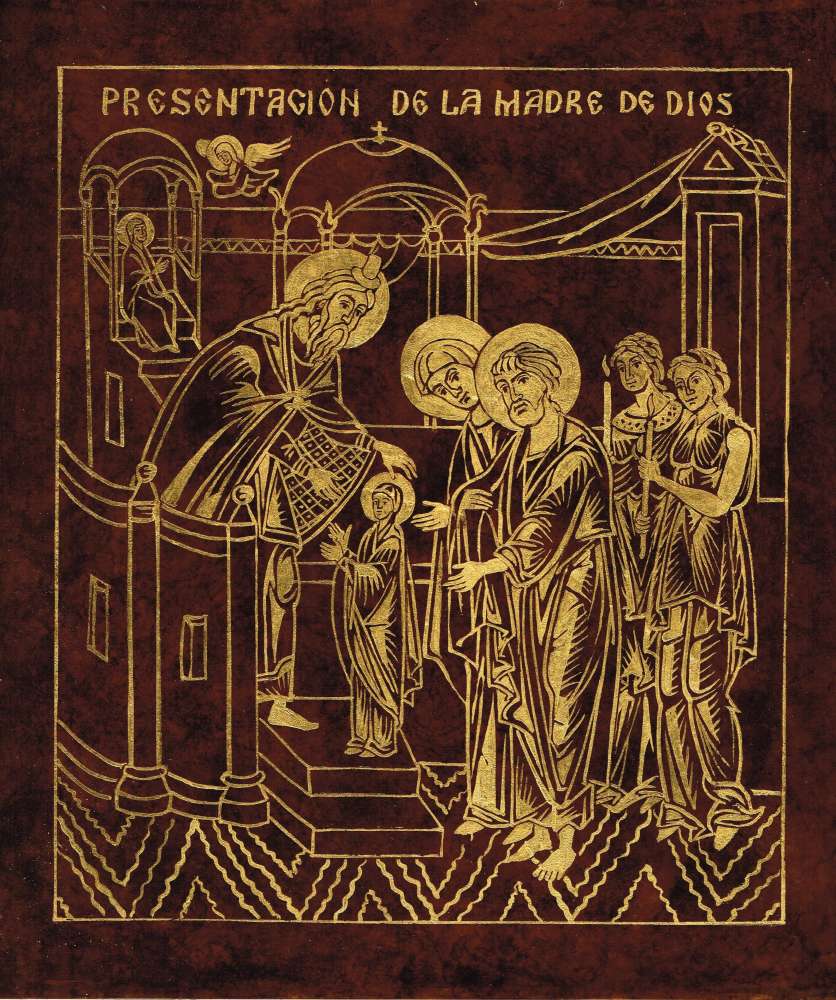 One of the copper panels from the new doors

The carving designs were adapted from old Spanish carvings. Both the parish priest, the Reverend Doctor Andrey Korodochkin, and Aidan felt it important to draw as much as possible on the early Orthodox heritage of Spain. Beyond their decorative value, these carvings of birds and plants suggested the transfiguration in Christ not just of the human person, but of the whole creation. On entering church through these doors, the faithful are reminded that they entering Paradise regained, in which the Father’s plan is to “unite all things in Christ, things in heaven and things on earth” (Ephesians 1:10). 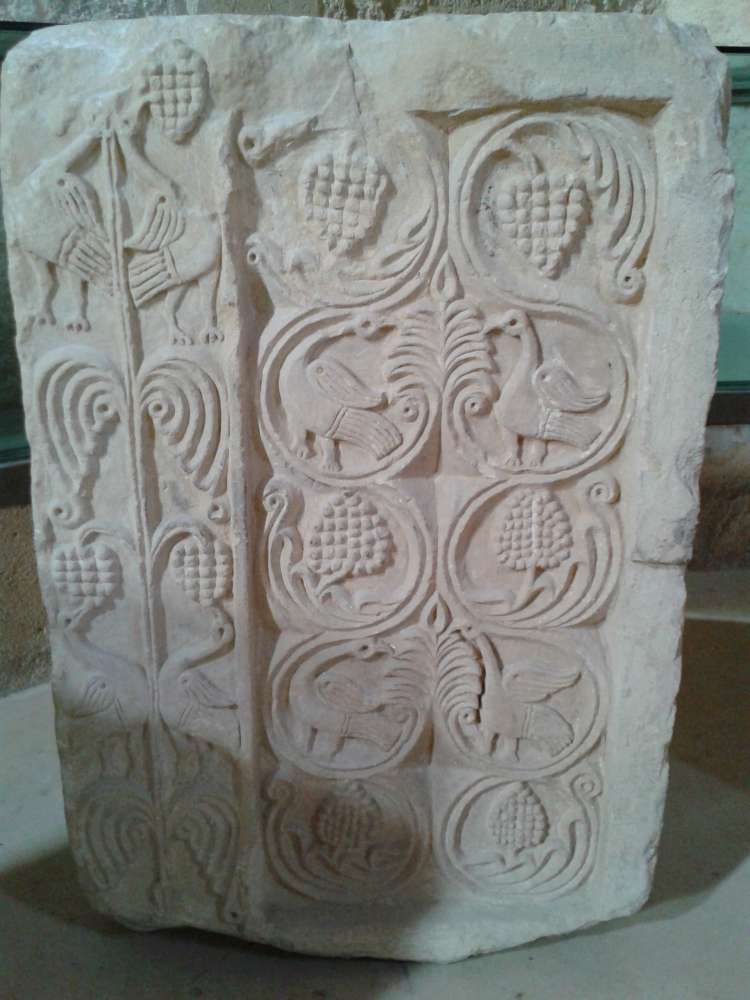 An early Spanish carved stone, typical of the Byzantine-influenced architecture of the Visigothic period.

Most of the carving was executed by my new apprentice/assistant, Martin Earle. Due my increasing work load, and my desire to pass on what skills and knowledge I have gained over the years, I had wanted for some time to take on an apprentice. Martin wrote last year asking if I would accept him as an apprentice and has since proven invaluable. He first helped me make a mosaic ( described in an earlier OAJ article), and then we began the doors. The system we used while Martin was learning wood carving was that I would carve one design, and then he carved the other three of that set. About every hour or two I would see how he was progressing and suggest changes. In this way, as well as learning manual carving skills he was also learning the subtler principles of design and aesthetics. The completed carvings were finished with a layer of Danish oil followed by wax.

The doors themselves were made according to Aidan’s design in American white oak by Mark Worrall, and the door rings hand forged by master blacksmith Frazer Picot. Their total weight was about a quarter of a tonne. 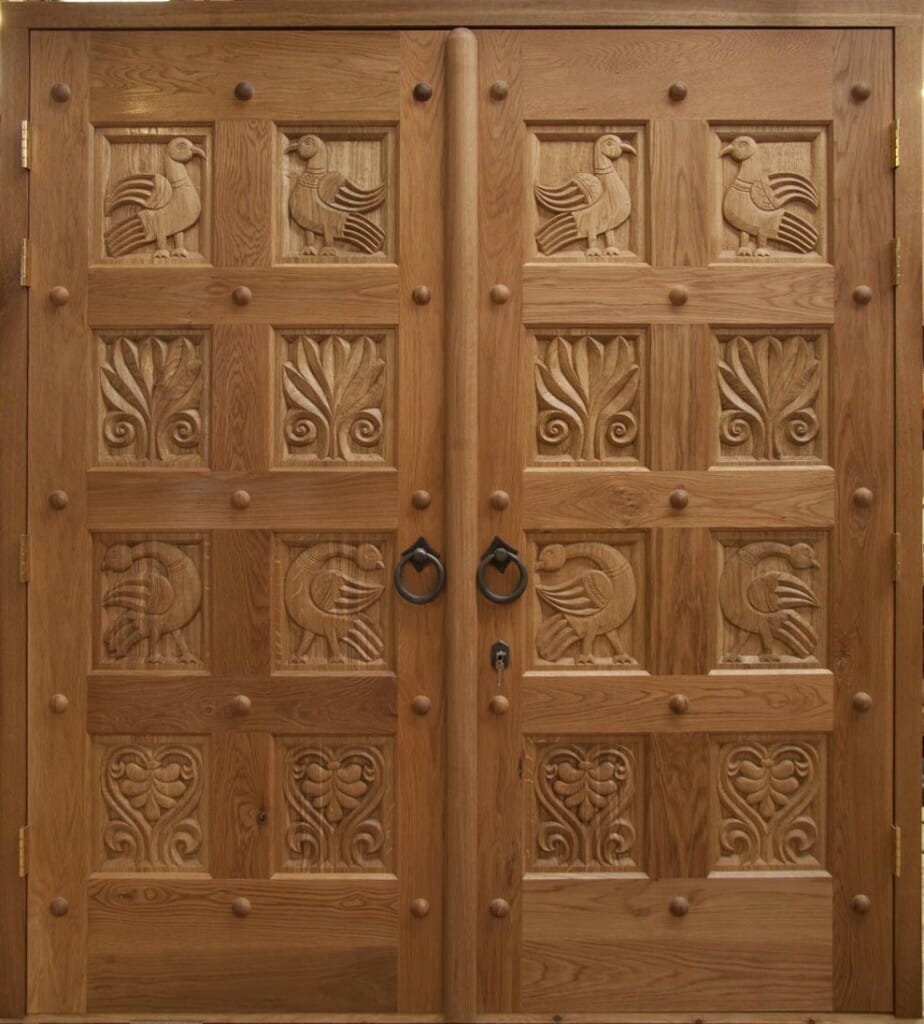 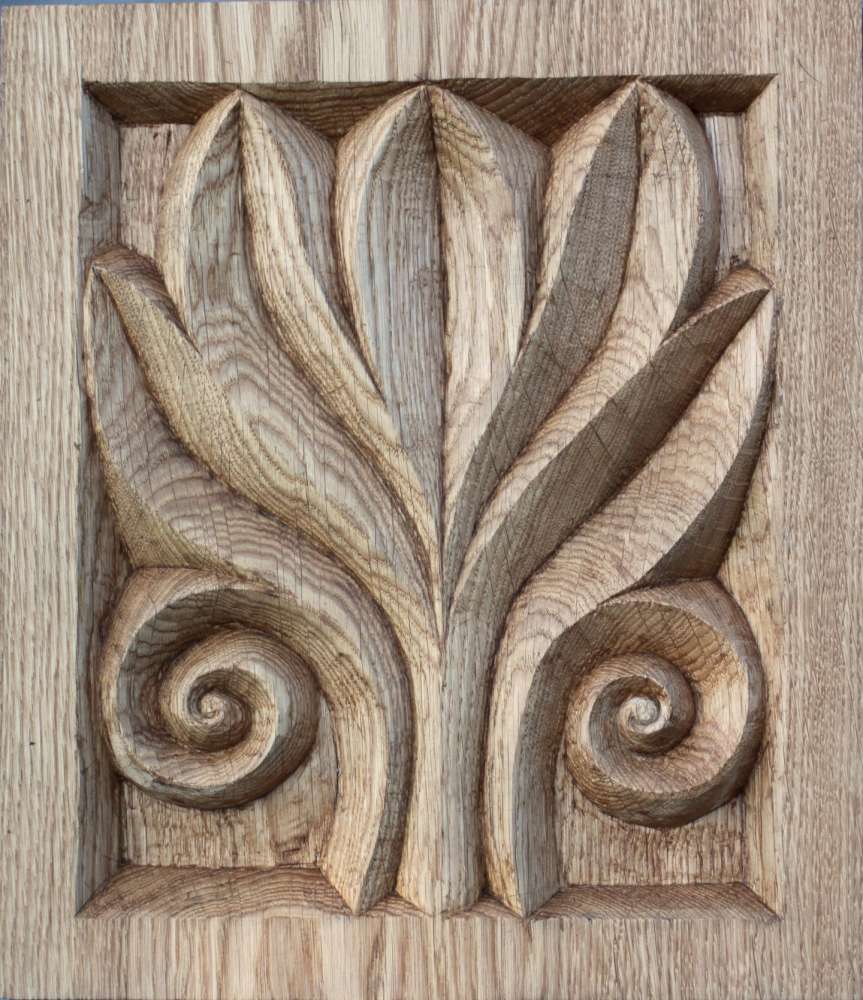 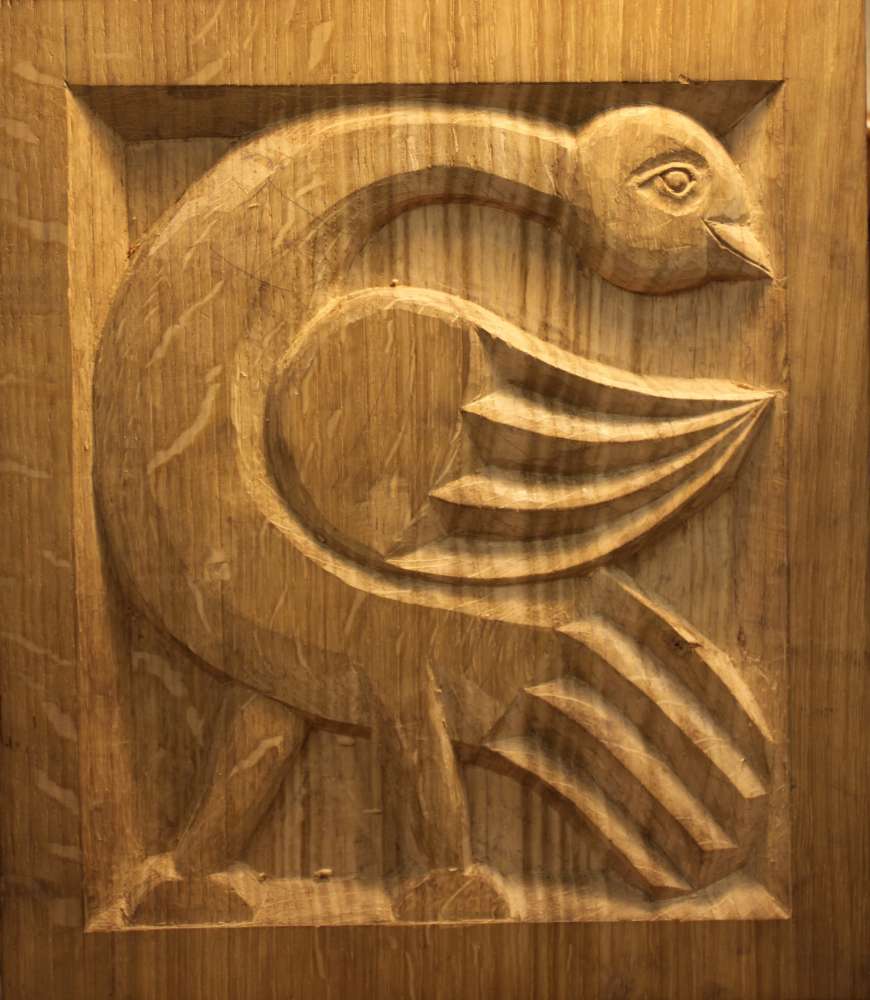 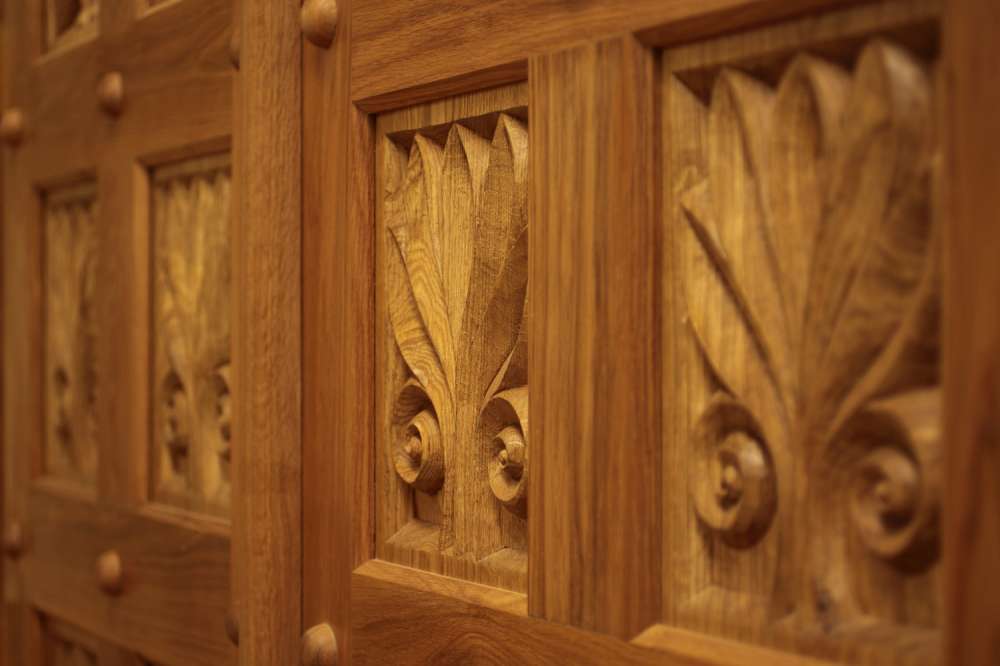 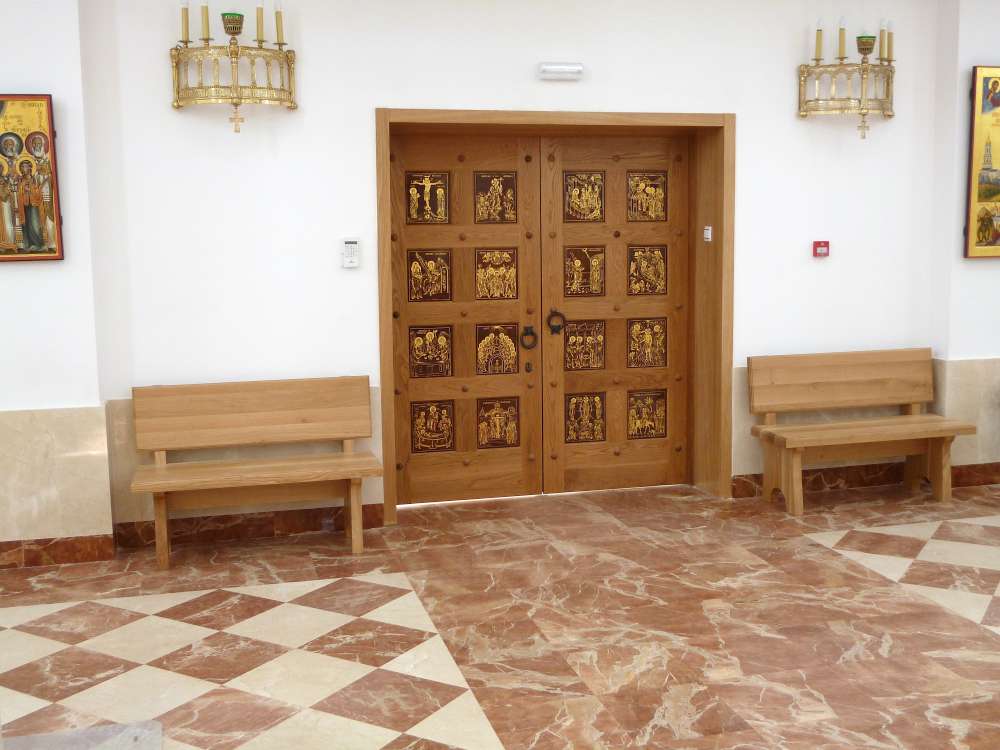 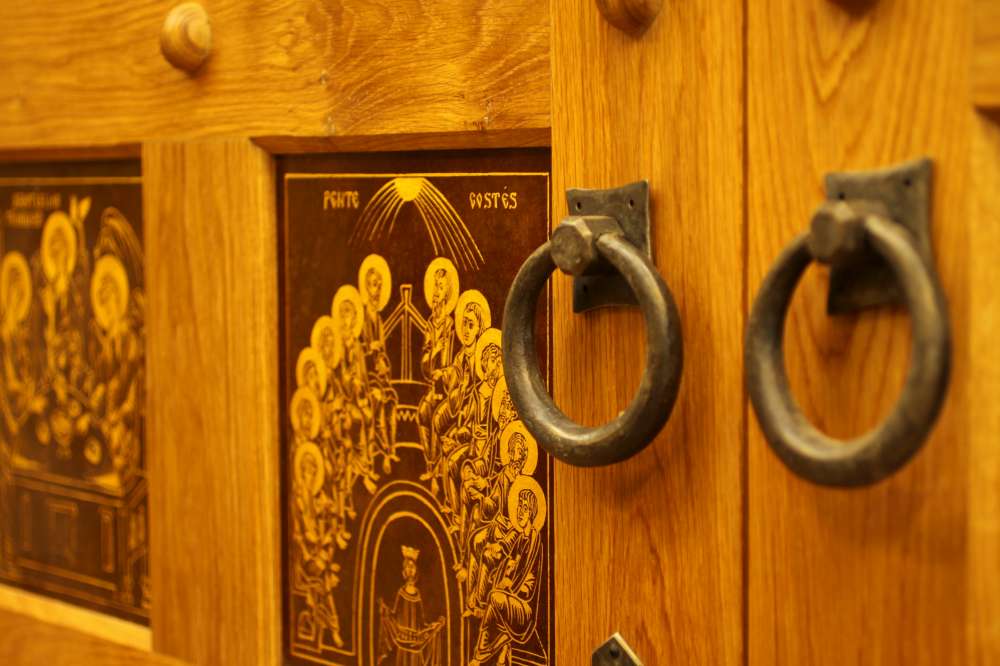 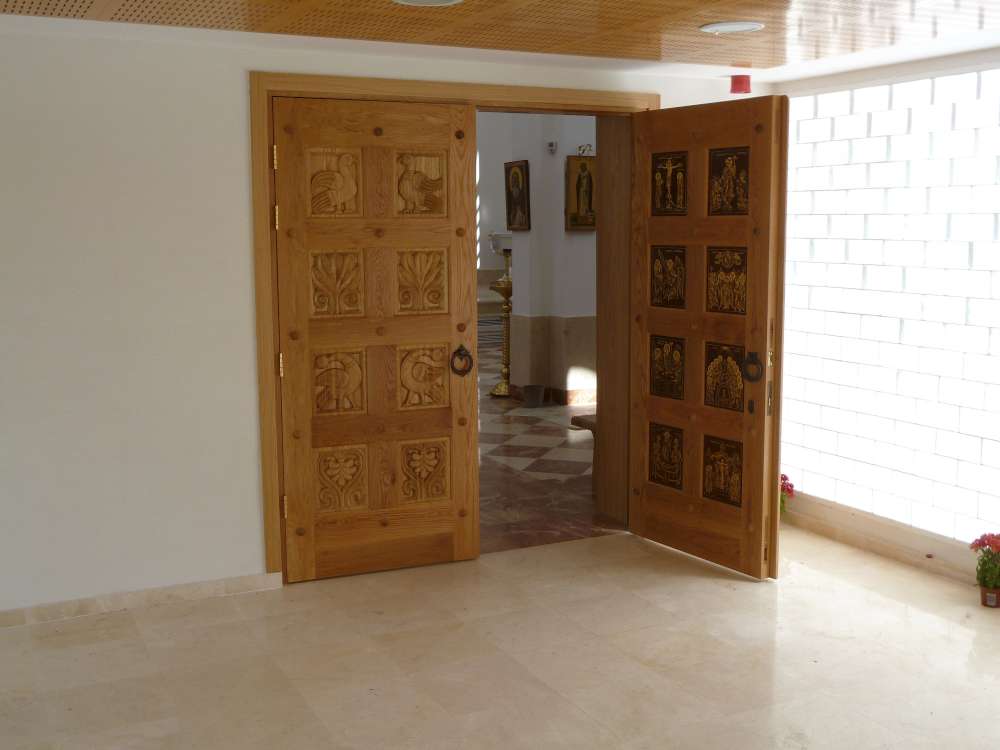 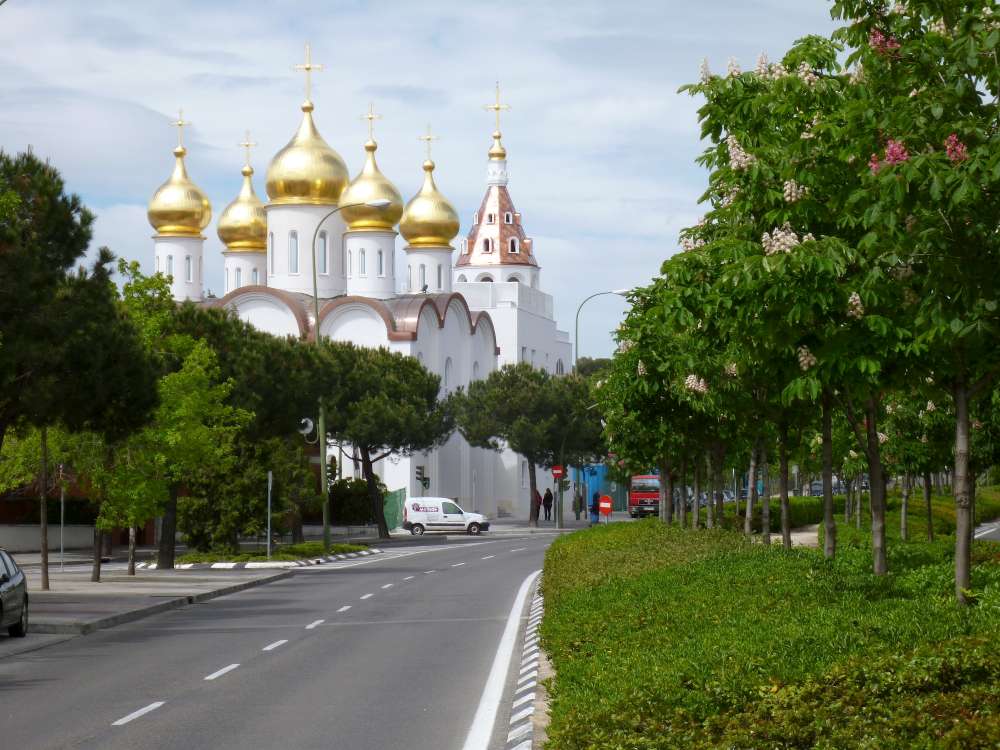